From stadium-fillers like U2 and Niall Horan to such highly-acclaimed newcomers as Naked Lung and Lydia Ford, this is going to be another massive year for homegrown music.

This year’s Irish album charge is led by The Murder Capital who release the follow-up to 2019’s acclaimed When I Have Fears on January 20.

Also available now is Biig Piig’s Bubblegum mixtape, which explains why Jess Smyth made it on to the BBC Sound of 2023 list. 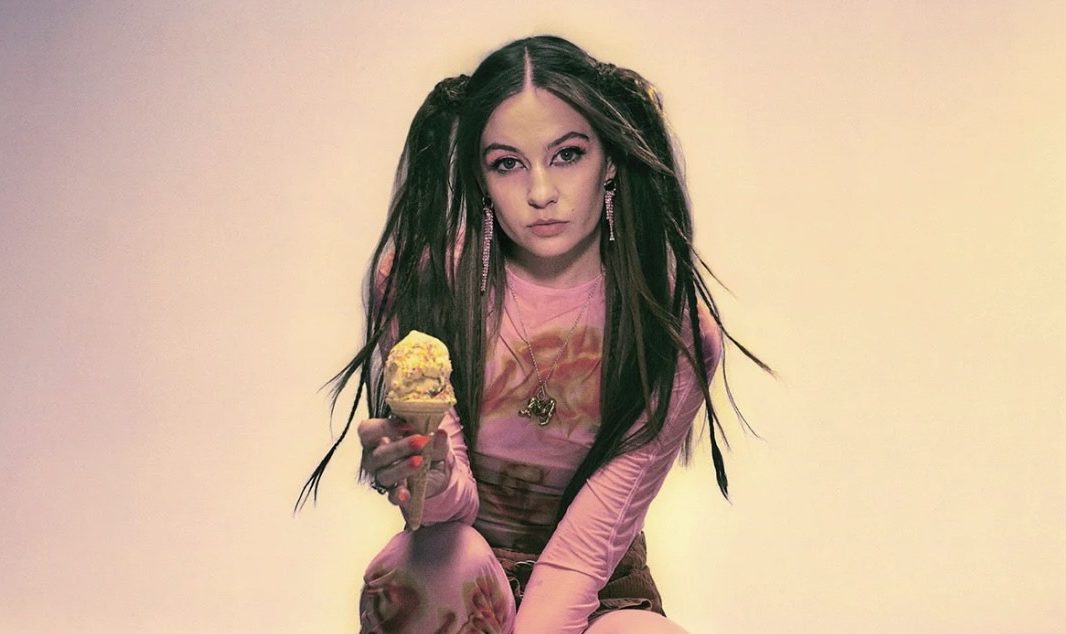 Joseph Chester reverts to his full baptismal name for the January 27 release of Lucia, “a suite for guitar and strings” inspired by Joe’s late mother and also featuring Trevor Hutchinson, Vyvienne Long and Steve Wickham.

The same day finds Tracy Bruen unleashing Waiting, which marries the folk stylings of Joni Mitchell to the art pop of Kate Bush. There’s a hometown launch gig on January 28 in the Roisin Dubh, Galway.

Also to be found shooting the breeze soon in Hot Press are M(h)aol, the brilliant Irish outfit who’ve just signed to Rough Trade Publishing and whose February 3 release, Attachment Styles, is “about social connection, queerness and healing.” Making an almighty post-punk racket, the quintet recorded the collection in “one small room with no headphones, minimal drum mics and only a PA for vocals.”

It was recorded in East London’s Hackney Road Studios with Gaz Coombes and Thom Yorke producer Mikko Gordon at the helm. 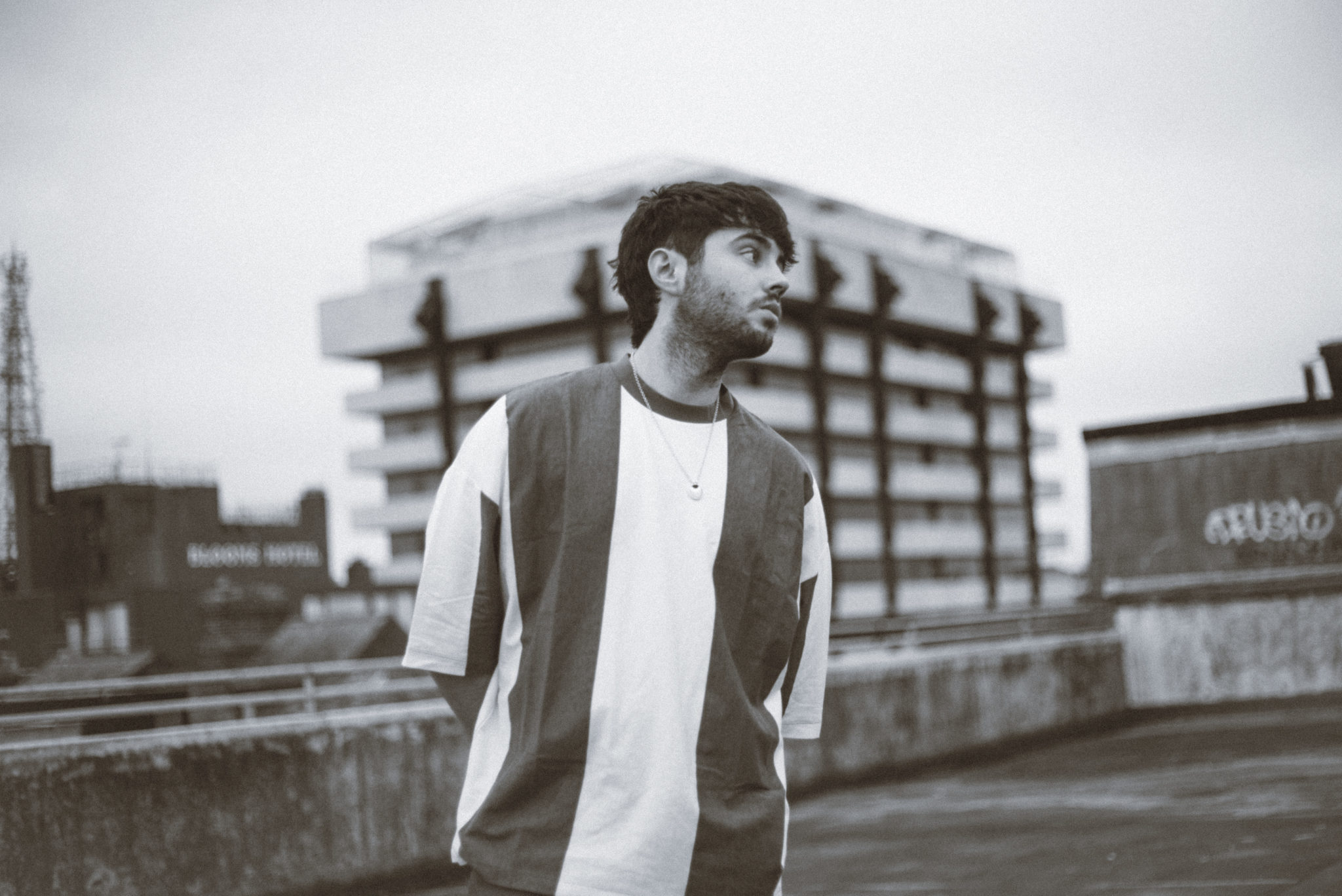 “It’s a culmination of a lot of different areas and styles, but comes together under the same sonic heading,” the diehard Cure and Joy Division fan tells us. “The album is the ideas of the ‘80s rolling into the ‘00s in 2022.” Catch Cian live in the Roisin Dubh, Galway (February 24) and Dolan’s, Limerick (25).

Next up on February 10 is Sitting Pretty, album number two from Mullingar quartet The Academic which was assembled in London’s Snap studios with former Kaiser Chiefs man Nick Hodgson (See Pat Carty’s review this issue).

February 10 is also D-Day for our Album of the Month, Lisa O’Neill’s All Of This Is Chance, the various formats of which include a silver vinyl version available exclusively from shop.roughtraderecords.com. Taking trad and folk off in myriad new directions, the accompanying launch shows include a release day homecoming in Cavan Town Hall. With lead single ‘Old Note’ garnering widespread airplay on both sides of the Atlantic and the Peaky Blinders folk asking her to cover Dylan’s ‘All The Tired Horses’ for the series, Lisa looks poised to achieve commercial lift off this year.

Inhaler will try to make it two Irish and UK number ones in a row with Cuts & Bruises, out on February 17 and including the intriguing sounding ‘Dublin In Ecstasy’.

One imagines that there will be an extra big promotional push in the States where the band have been making serious inroads live. 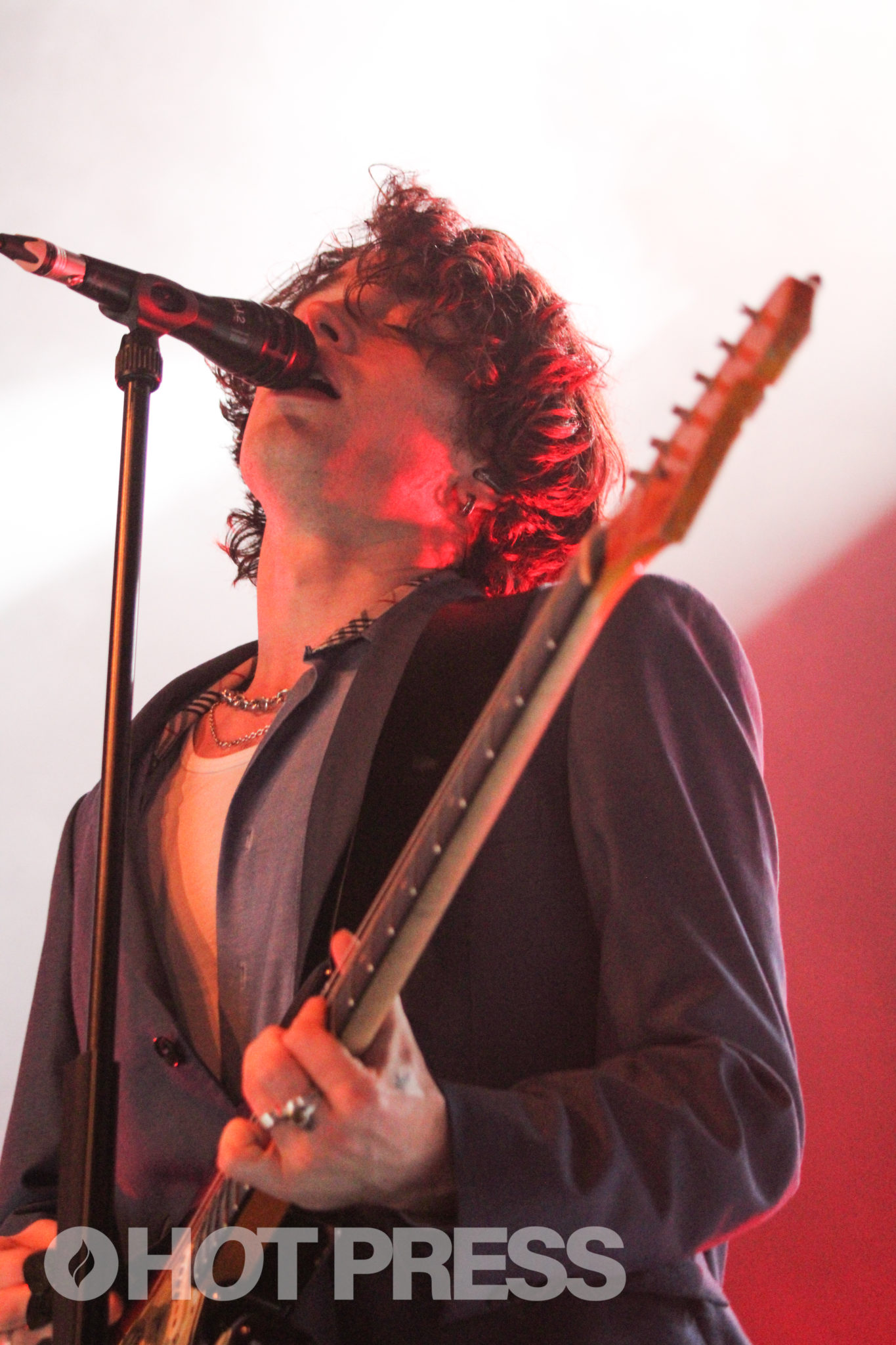 Radio Ulster’s fourth most-played song last week was ‘Karin Was Not A Rebel’ by New Pagans, a Belfast five-piece whose second Making Circles Of Our Own album is out on February 17.

Marrying a U2 guitar jangle to the sort of muscular pop-rock songs that have made Wolf Alice stadium-fillers, they’re signed to English independent Big Scary Monsters and include Kerrang!, Stereogum, XS Noise, Brooklyn Vegan, Paste Magazine and, natch, Hot Press among their supporters. Catch Lyndsey McDougall & Co. when they play an LP release show in the Ulster Sports Club, Belfast on March 2.

Talking of U2, Bono and the chaps celebrate St. Patrick’s Day with the release of Songs From Surrender. Inspired by the chapter titles in Bono’s Surrender memoir, they’ve re-worked forty of their classic tunes.

“The fact is that most of our work was written and recorded when we were a bunch of very young men,” The Edge notes. “Those songs mean something quite different to us now. Some have grown with us. Some we have outgrown, but we have not lost sight of what propelled us to write those songs in the first place.”

Talking further about what started out as “an experiment”, he adds: “Intimacy replaced post-punk urgency. New keys, new chords, new tempos and new lyrics arrived… Once we surrendered our reverence for the original version, each song started to open up to a new anthemic voice of this time, of the people we are now, and particularly the singer that Bono has become.”

Also out on Paddy’s Day is Endless Affair, the latest long-player from Ailbhe Reddy who “instinctively straddles the line between emotional honesty and vulnerability” on tracks like the brilliant teaser, ‘Shitshow’. 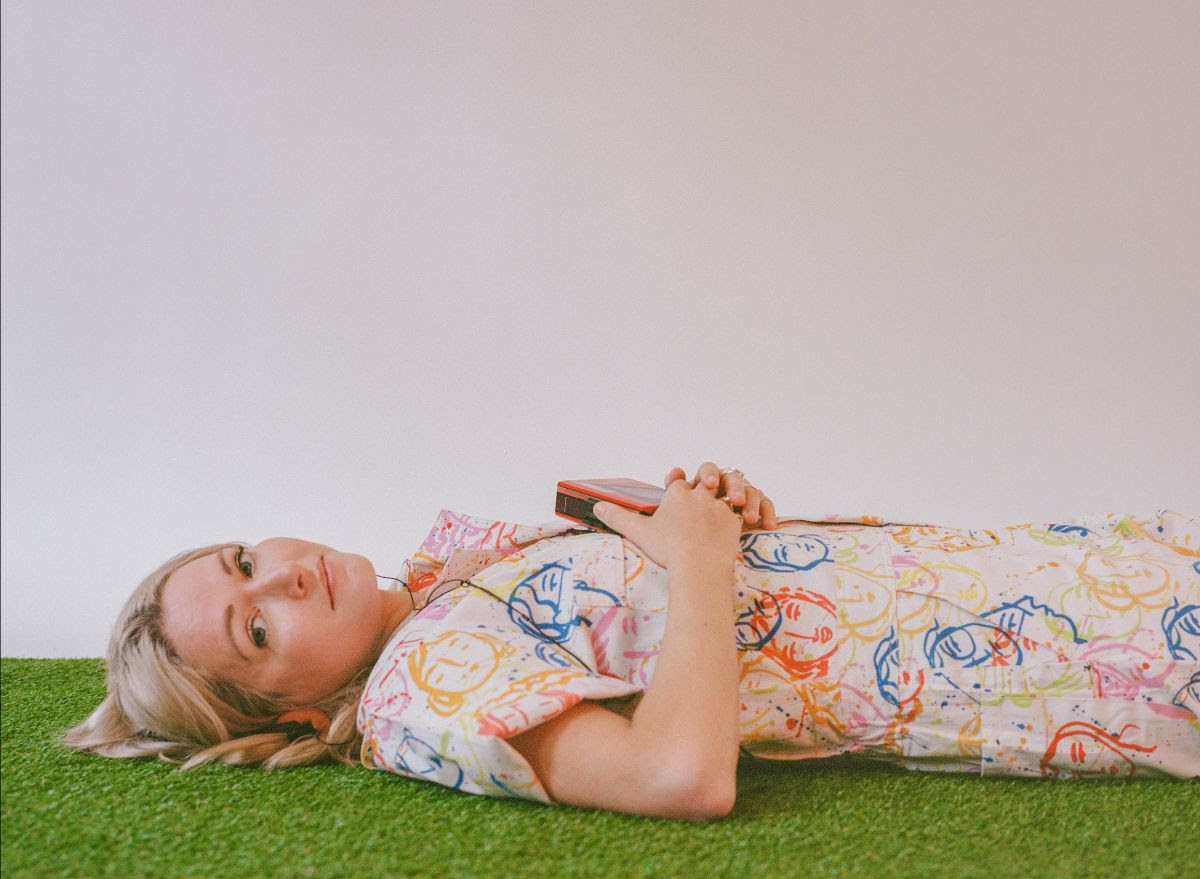 St. Patrick's Day also marks the return of The Answer, the County Down blues rockers who, after a seven year break from the studio, are poised to release their seventh album, Sundowners.

There's a Belfast Limelight 2 gig to look forward to on March 23, and some cool album bundles available from https://theanswer.eyesoremerch.com.

March 10 is D-Day for How Are You Feeling Today?, the debut album from Limerick hotshots Dylan Flynn and the Dead Poets who brought Windings man Mike Gavin in to produce.

Flagship single ‘More’ sounds like a rootsier Belle & Sebastian with a dash of The War On Drugs thrown in for extremely good measure.

Shipping on March 20 is Stray Sparks, the fourth and "probably" last album from The Walls who are making just 500 CD copies available from https://thewalls.ie/store.

As previously reported in Hot Press, Steve Wall's acting career has gone supernova of late with a starring role as Thin Kelly in The English .

Dropping on March 26 is Peggy’s Dream, a collection of jigs, reels and other trad tunes from Martin Hayes & The Common Ground, which is named after his late mother.

It's album number nine time for David Kitt who releases Idiot Check on March 31. If fuzzy lo-fi lead single, 'Wishing Well', is anything to go by, we're in for a treat!

The various guests include Dylan Lynch from Soda Blonde, Katie Kim and, in a real coup, Margaret Mary O'Hara who joins him on 'Oh Folly'.

Now slimmed down to a duo, Limerick’s Whenyoung drop their second album, Paragon Songs, on April 17 with taster track ‘Unchained’ suggesting that Aoife Power and Andrew Flood are finally ready to deliver on all their potential.

Former Otherkin frontman Luke Reilly has morphed into Blood Donor and has an album revved up and ready to go in the spring. Last year’s ‘Lonely Street’, ‘Bienvenue’ and ‘Man, What Have You Done?’ suggest 1). He’s bought himself a synth and 2). Bowie’s Berlin trilogy gets played a lot in the Reilly household.

As exclusively revealed last year in Hot Press, the latest album from The High Kings will be a collaborative affair with Script drummer Glen Power penning an original song for them that Steve Perry of Journey fame features on.

The Scratch inform us that the follow-up to Couldn’t Give A Rats is currently being recorded in Blackmountain Studios - with James Vincent McMorrow producing - and a summer release date. 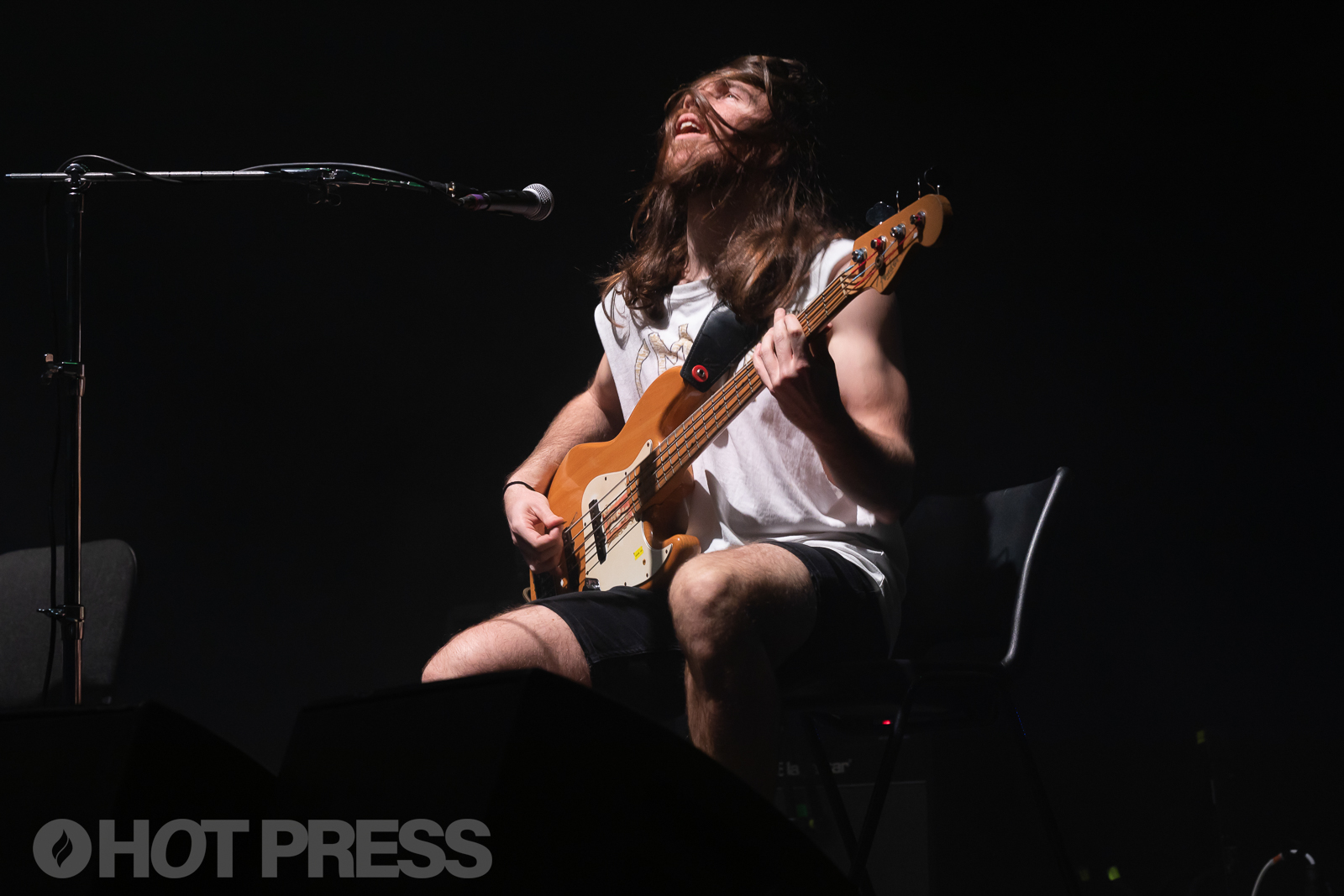 Having impressed with their ‘Flickers Of You’, ‘Sunlight’ and ‘Trying’ singles, husband and wife duo Driven Snow, AKA Kieran McGuinness from Delorentos and Republic Of Loose’s Emily Aylmer, are also prepping an album for the summer.

Purveyors of grunge-fuelled indie, Dublin’s HAVVK have completed the recording of their yet-to-be-named new album with Rocky O’Reilly in Belfast’s Start Together Studios.

It’s being released this year on VETA Records, the collective that also includes the likes of Sive and St. Bishop.

Originally from the West of Ireland but now based in Berlin, Lydia Ford follows up a string of excellent singles – ‘Catholic Guilt’ and ‘In My Head’ are both required listening – with a new album due over the next few months.

May sees the release of Songs To Cry Alone To, the first new material from Dublin hip-hop man Bitter Rocc since he released the second part of his MMXIII EP project exclusively on hotpress.com in 2014. Teaser track ‘Clowns’ reminds us what a major talent Richard O’Connor is. 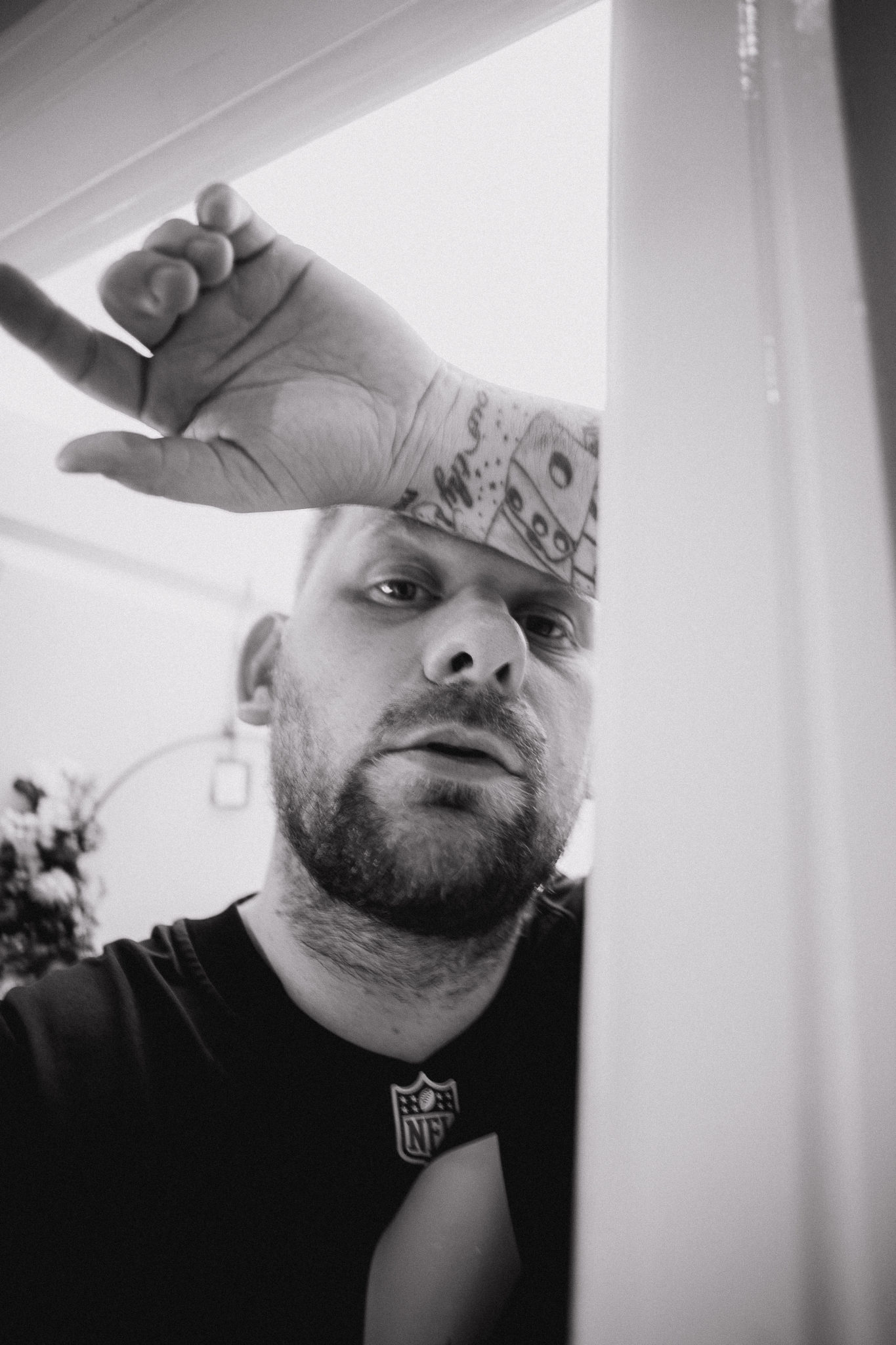 Also keep your ears peeled for the following meisterwerks: Rituals, the first solo offering from Clare’s Niall McCabe, which is out now and includes the Miriam O’Callaghan-lauded ‘Stonemason’; Rain Season, the Americana-inclined debut offering from Belfast’s No Oil Paintings – the result of a successful Kickstarter campaign; We Will Get Through This, long-player no. 2 from Belfast roots merchants The 2:19 (January 23); The Human Factor by much-travelled Dubliner Davy Lyons who’s allied to Dutch label King Forward Records and blurs the boundaries between folk, jazz and gypsy music (February 3); Twilight Transmissions, the maiden offering from Donabate electronica man Chósta on his own Midnight Tapes imprint (February 17) ; MNÁ, the latest from Wicklow singer-songwriter Marie Keane who plays a February 26 launch gig in The Workman’s, Dublin; Common Country, the sophomore album from Podge Lane (March); Now Is All, the second album from the Dublin-born, London-domiciled Swimmers Jackson on the brilliantly named Wonky Karousel Records (TBA); At The Mercy Of Manannán from Dublin prog trio M-Opus who are promising “a wild mythic multi-lingual party that sounds like The Carpenters meets King Crimson in a car crusher” (April).

The as-yet-untitled debut album from Dublin skamen The Skalps is also coming. They play a hometown release day gig in The Well on April 1 (no fooling!). Also on the list is The Edges, the comeback album from Naimee Coleman who made quite the ‘90s stir and recently moved back to Dublin from LA (May/June); Internal Space Element, the latest project from Irish producer ZoiD, which includes Melojan, Inni-K, Miriam Ingram and Suzanne Savage among its guest vocalists (TBA).

Read more music news in the brand new Hot for 2023 issue of Hot Press, out now.

The Message - Hot for 2023: "It is up to us all to do everything we can to support Irish artists"
New Irish Songs To Hear This Week
A&R Department: Monjola, Ailbhe Reddy, piglet, Saige and more