As his second full-length album entered the world only a few days ago, Cork experimental songwriter Trick Mist discusses writing music after losing his grandmother, the relationship between memory and imagination and how we use art to communicate.

With its climactic highs and muddy lows, multi-instrumentalist Gavin Murray, known by his moniker Trick Mist, narrates his experience with loss, memory and imagination through his new album, The Hedge Maze and The Spade.

The catalyst for Trick Mist’s sophomore record arrived after the Cork musician’s grandmother, with whom he shared a uniquely close relationship, passed away. Off the back of his 2018 debut Both Ends, Murray began processing her death, naturally, with a pen and paper.

“After the funeral, I just sat down to write some words from a purely therapeutic point of view and loads of stuff just came flying out,” he recalls. “It was that elusive flow which I hadn’t yet experienced as an artist. I felt detached from it, almost as if it wasn’t me, so I could observe it.”

Four songs were born from that impromptu reflection, as Murray planted roots for what would become not only his second full-length album, but a massive turning point in his own life.

“My grandmother was a connection to the past for me and, by extension, old ways of Irish living. I wanted to go into that space, crack it open and relive it,” he explains, remembering vividly the day that ‘Flagbearer’ and a few of the others were written.

“That was sort of the most direct song dealing with loss,” he says of the opening track. “It’s about someone taking up a different position in your life, how they’re now just in these memories that you take forward and they return in those warm moments.

“I wanted to draw conclusions from that relationship. To honour her, but to get ideas as well about the future and the problems our generation is up against.” 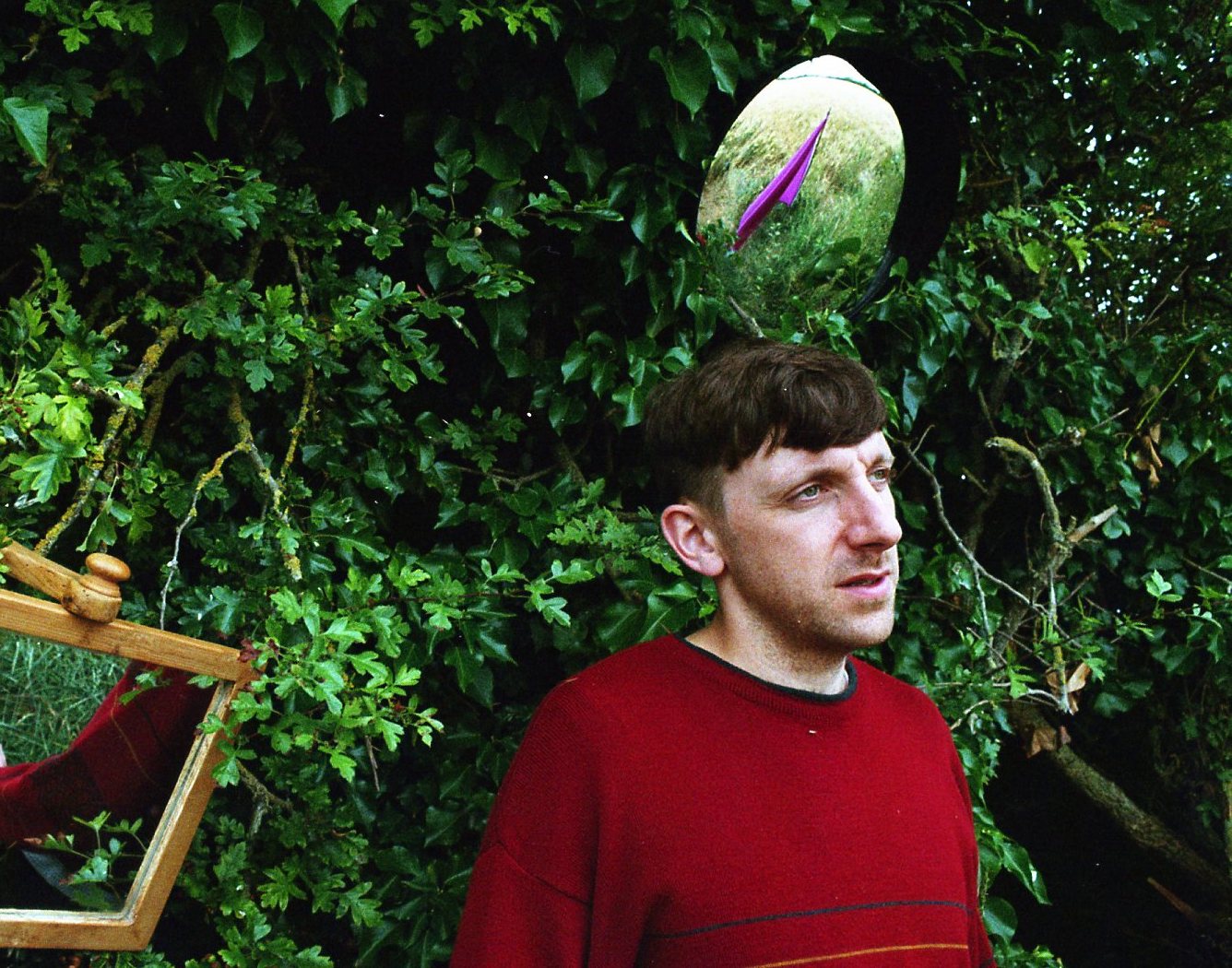 His memories thereafter are fuzzier – something he views as essential for the better part of the record. “The album isn’t purely about loss,” he points out. “That was just the thing that threw me over the edge. Things got a bit muddled and mixed up, but that’s a good thing.

You can hear where chaos seeped through on songs like ‘The Junction,’ which Trick Mist himself refers to as, “a bit of a messy soup.”

So what’s with the album title?

Trick Mist’s response is more like a bulleted list, but he does his best to break it down. “In my head I was entering this rabbithole like in Alice in Wonderland, not knowing where I was going,” Murray starts. “I basically sat down to write lyrics for each section based on which part of the journey I was on.

“I was reading a lot of John Moriarty,” he adds, “who was this philosopher and thinker from Kerry. He argues that humans’ viewpoints are blinkered into this narrow, sterile vision called ‘Psychic Topiary.’ And that became a direct influence on the name and the artwork for the album.”

“Another reason why it just had to be the title is my auntie has this park beside her house in Dublin with this tiny little hedge maze we used to play in as kids. My dad used to say to me that it would grow really tall and I’d be able to get lost in it when I was older.”

“The spade is a symbol of achieving depth,” he explains, “so to me that meant getting lost and then finding my way back.”

While the lyrics for the record came first, essentially acting as framework for the actual music, Trick Mist excels in tactfully using sound to evoke memories from his childhood. 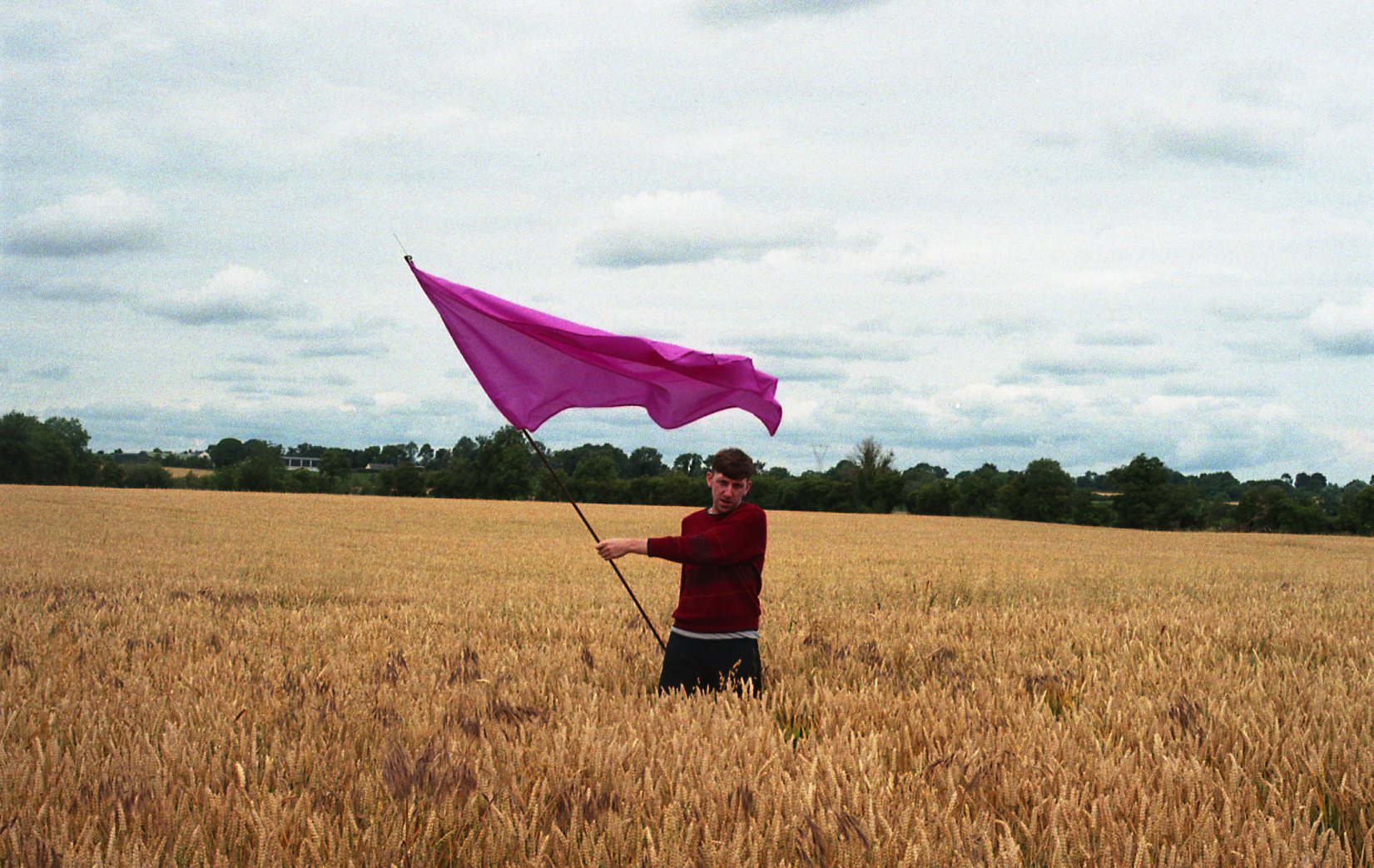 On ‘Boring Bread,’ the singer-songwriter recalls a mundane afternoon at the shop with his grandmother. And in the background, you can hear the familiar hum of a Lidl bread slicer.

“Being a child in the ‘90s, you don’t have a bunch of photos or documentation so memories tend to feel surreal because you have to either remember them or imagine them,” notes Murray. “On this record I wanted to dive in and access a view of things filled with wonder, like that of a child.”

Making the boring sound beautiful is Trick Mist’s artful way of honouring a memory that feels much bigger in retrospect – it’s the act of remembering. He expands more on the process of imagining whilst working through the album, specifically on track ten, ‘Willingdon Island.’

“It’s a weird declaration of hope, that song,” Murray reflects. “It’s set on this island in India, but the island was built by the British during the colonial era and when they were dredging the port they used the earth to build this island, now called Willingdon Island. In my mind, I thought that would be a good place to set the concept of hope. Somewhere that feels a bit dystopian, you know?” 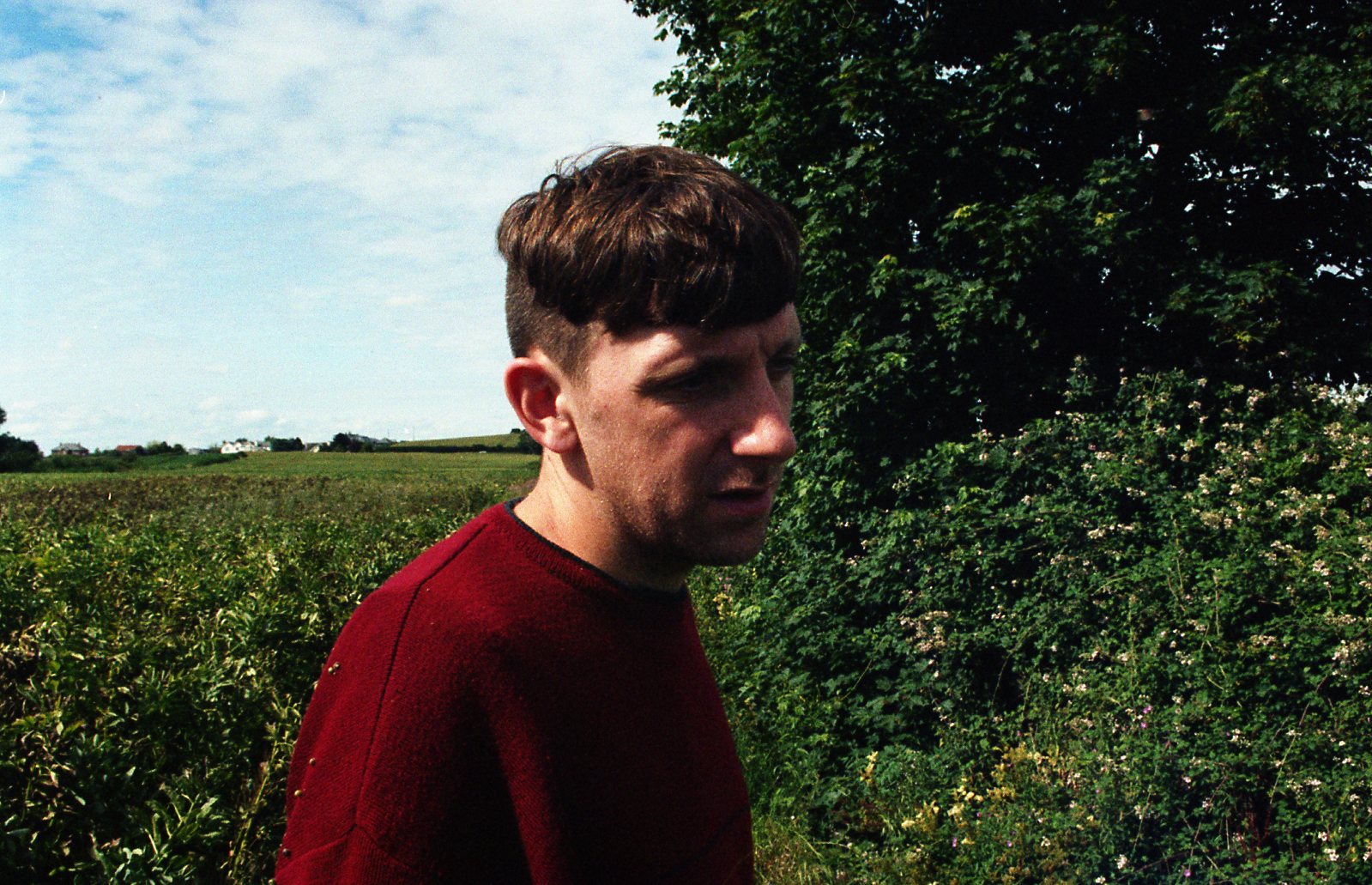 We hear Trick Mist at his most experimental, as he rapidly plucks banjo and violin triplets lined up against each other. “It just sounds like a complete headfuck,” he laughs. With Elaine Howley of the Altered Hours on vocals throughout, the final track exudes a needed hopefulness at the end of a taxing journey.

You’ve likely heard the line, “Once you put it out, it isn’t yours anymore.” I bring this up, curious about Murray’s thoughts on the ownership of such a vulnerable album following its release.

“This album is personal and it was a personal event that catapulted me into it, but I never wanted it to remain that way,” he says. “It doesn't interest me to write stuff that’s just completely personal. It has to express some universality.

“You have your own version of the record and what it means to you, what it’s done for you on a personal level. But that’s separate to how other people view it,” Murray notes. “It’s one of those weird spaces you have to navigate as an artist. You’re doing something for yourself, but it’s enriching that other people can connect with it. You want that to happen.”

Murray even put the connectivity of this album to the test throughout the months leading up to its release. In the form of a four-part podcast series entitled ‘Tracing Places,’ funded by the Arts Council of Ireland, Trick Mist handed songs off the record to other creatives, allowing them to make a music video based on how they interpreted the track. He then reconvened with the artists to have a conversation about their work.

“I found it liberating. I think I just trusted the artists I gave them to,” he shares. “That just goes to show the power of art. It shone a light on art and what art is, with all its communicative powers. It’s a language. Everyone just kind of stood back and let art do the talking.” 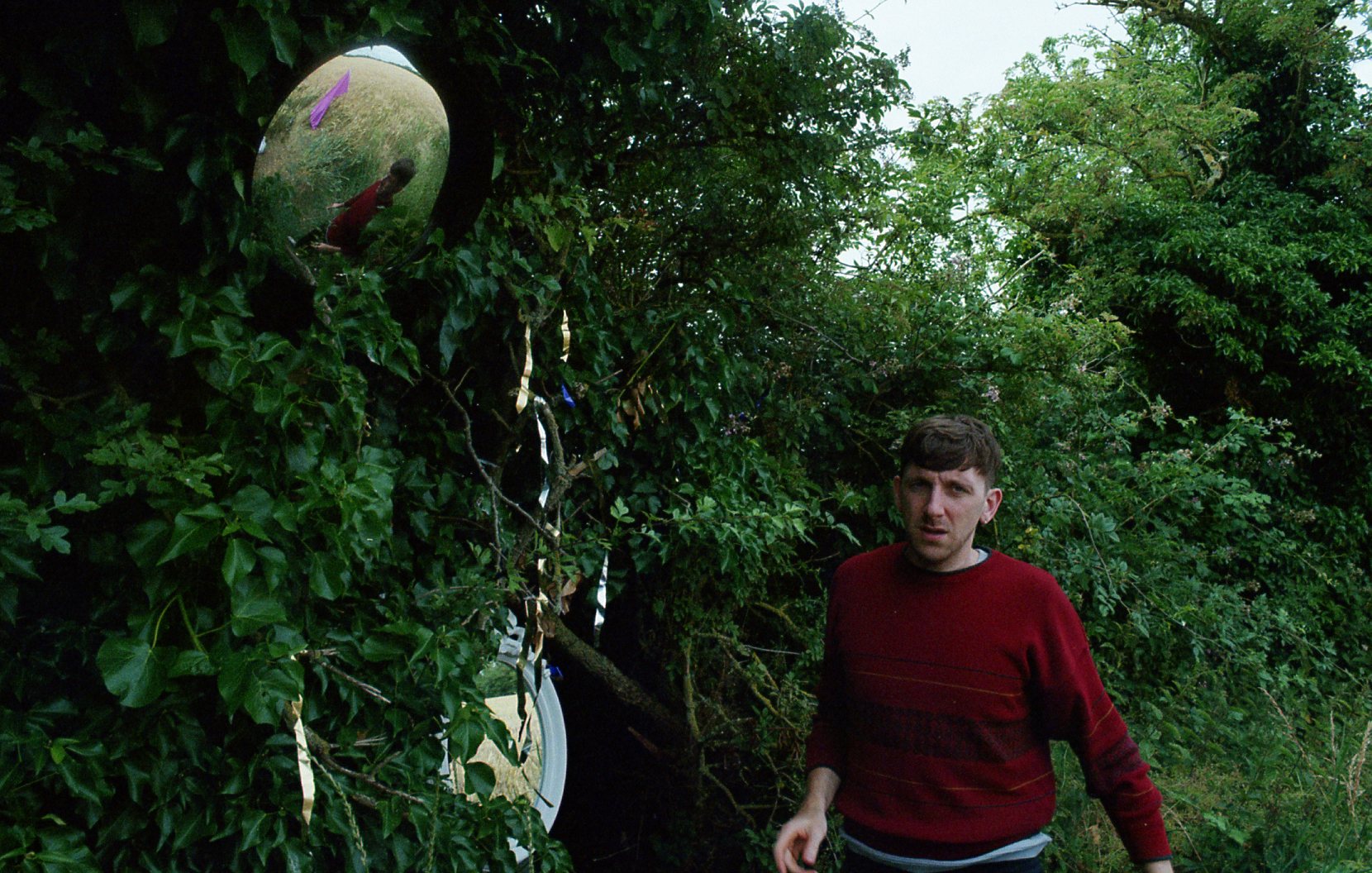 As for how his grandmother would rate the album, Murray chuckles. “I’d say she wouldn’t have had a clue,” he admits, “but I do know she would’ve respected it.”

Gearing up for his own tour this Autumn, the Cork musician reflects on the act of live performance and experiences with fellow Irish musicmakers.

“I went on tour with Just Mustard this time last year and that was incredible. They’ve been very good to me and offered me that platform,” he says of the Dundalk noise rockers. Fun fact: the band’s guitarist, David Noonan, had a creative hand in the making of Trick Mist’s new album cover.

“My sound is varied, I suppose I hit off trad but it’s abstract with electronica elements and then a whole sort of ambient, atmospheric side to things,” says Murray. “When I perform live I try to go into my own world for the sake of getting into the landscape of the songs I’m trying to convey to the audience, in order for it to be a meaningful exchange.”

When it comes to making music and performing, Trick Mist welcomes mayhem with open arms.

“It’s not all clean and tidy, you do have to get lost and make a mess of things and there’s a lot of beauty in that.”

The Hedge Maze and The Spade is out now via Pizza Pizza Records. Trick Mist plays The Workmans Cellar, Dublin on Wednesday, October 19.