Chameleon: “It can be draining seeing what everyone else is making, and then thinking you’re not good enough"
Chameleon. Copyright Miguel Ruiz.

Having won the hugely coveted A New Local Hero Award last year, Dublin singer Chameleon’s star is ready to scale fresh heights with his funky new single, the glorious summer anthem ‘Show Me Where Your Heart Is’. Photography: Miguel Ruiz.

Dublin producer, singer and songwriter Chameleon – aka Dun Laoghaire native Matthew Harris – was the recipient of the A New Local Hero Award, run as part of Irish Music Month last year. Irish Music Month is a partnership between Hot Press and 25 independent radio stations affiliated to the IBI.

The resulting single ‘Show Me Where Your Heart Is’ is ready to hit the airwaves via-renowned Irish label Rubyworks. Full of magnetic electric guitar riffs and soulful vocals, it’s an exciting cut. In addition to the release of his single, the prize included €5,000 in cash; €5,000 worth of gear from X-Music and extensive support from radio stations all over Ireland (see full list below). Among the judges were leading Irish artists Róisín O and Ruth-Anne Cunningham. 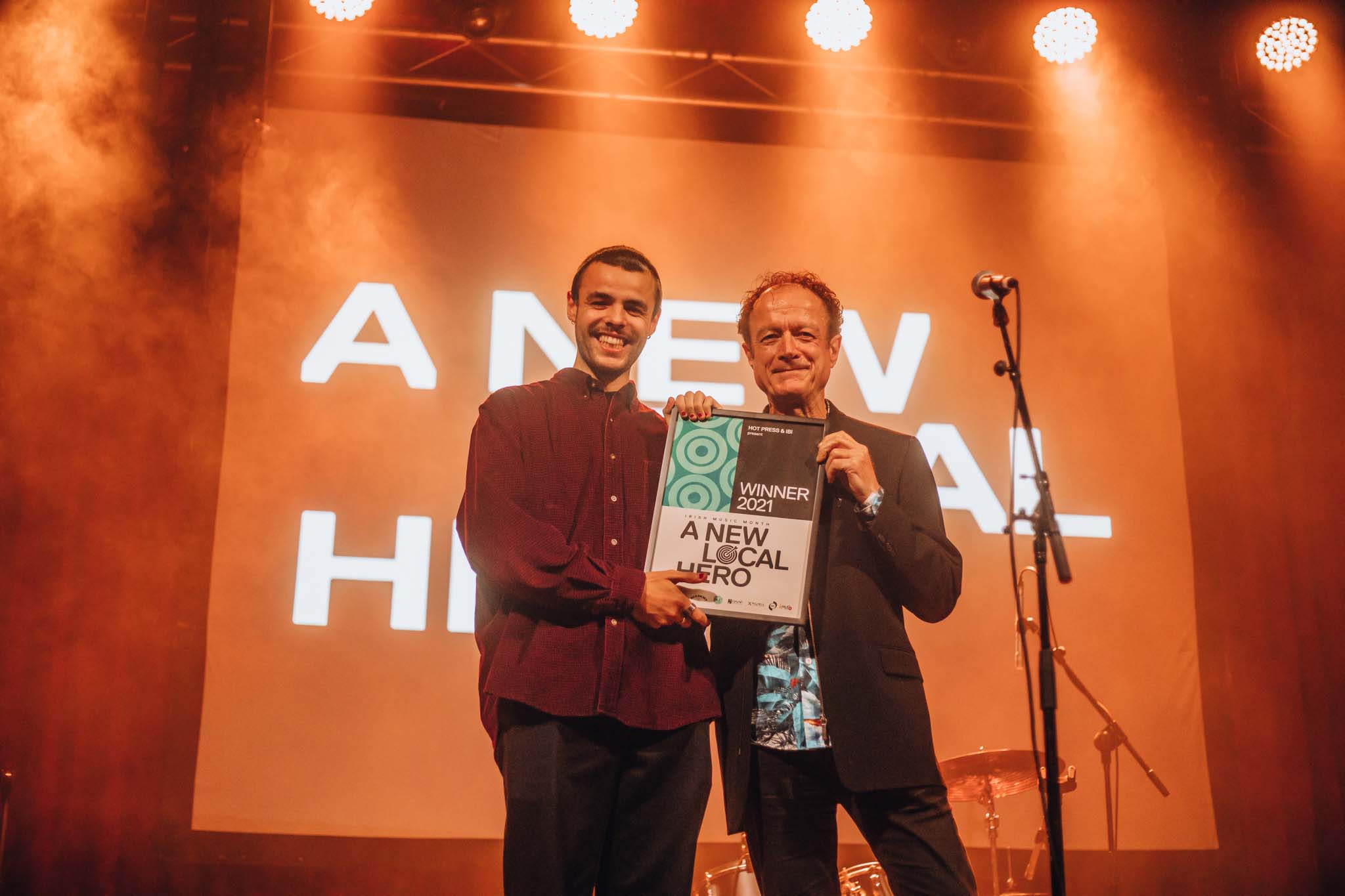 Drawing influence from the likes of James Blake, Brockhampton and Arlo Parks, Chameleon released a collaborative single, ‘You Know’, with Lucy McWilliams last year. He has also worked closely as a producer with producer ace Dublin rapper, Malaki. However, he is now putting the focus squarely on his own career as a solo artist. Dressed in a patterned knit vest and with plenty of jewellery on show, Harris’ colourful style stands out.

What made him enter in the first place?

“I was sitting in a film lecture, bored out of my mind,” Matthew smiles, sitting in the Hot Press meeting room on another gray Dublin day, “so I just decided to devote the full lecture to applying for the competition via 98fm, which is a Dublin station. I’d never won anything like that in my life, but you never know what could happen, right? So I just went for it.

“I was super nervous,” he says of the Academy showcase, at which he turned in a riveting performance. “When it came to the live show, I had to get ready a lot quicker than I’d planned, but it was a really nice atmosphere in the Academy on the night. Everyone was super supportive. As soon as I got on stage, I was happy – and obviously over the moon with the result!”

He’s been working with Roger Quail of Rubyworks on developing the single.

“I’ve really enjoyed working with Roger,” Matthew says. “He’s a legend. We get on really well.

“I knew a bit about them already in terms of their roster,” he adds, referring to the likes of Hozier, Hudson Taylor, Wyvern Lingo, LYRA, Rodrigo y Gabriella and more. “I’ve always wondered what it would be like if I didn’t have to worry about all the admin and marketing and I could focus on music. It’s good to have deadlines. I’m excited to see where it takes me.” 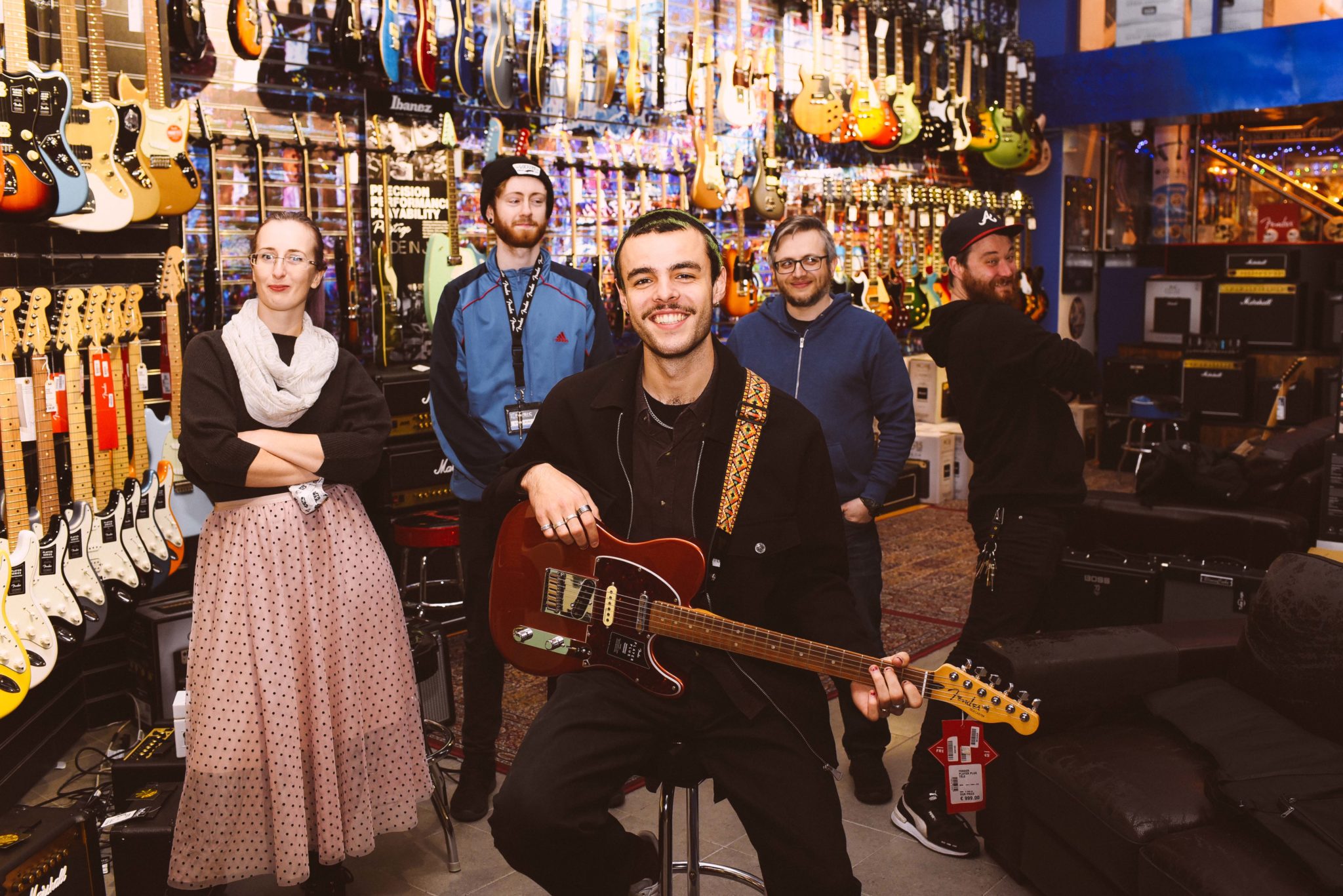 How did the writing of ‘Show Me Where Your Heart Is’ come about?

“I’ve been extremely busy with my studies,” he says. “I knew whatever I put out now had to be really good, so I delayed it until the end of college. It’s a song I started initially last summer. I knew it had the makings of something powerful, but I didn’t know how to finish it. I sent it to Roger as a demo with a couple of other songs and that was the one he picked. That gave me the inspiration to push on. I’m thrilled with the finished product.”

Chameleon attended Wesley College. He considers that a lucky break in itself.

“Wesley was such a supportive school for music,” he says, “so music has always been a big presence in my life. Tunes were always playing in the house as well, with people playing three different things at the one time. A lot of my family play instruments. I’m blessed to have that in my life.

“I picked up guitar when I was really young, maybe five or six. I had lessons ever since, but stopped around 14 and taught myself the rest from there. I was dipping in and out of a few instruments and writing songs through secondary school. I liked the idea of being an artist, but had no idea how to go about it until I wrote a song for a girl. I was just trying to impress her!

“I produced it and my friend played the cello. It felt like it came together nicely at the time – but it’s super cringey now! I took it off the platforms later – but that was the beginning. After that, I just wanted to learn everything. Then I met Malaki and the rest is history.”

His production style is eclectic, allowing Chameleon to dip into many different genres. Suddenly, his moniker makes a lot of sense.

“It was super difficult to maintain both my music and Malaki’s through college, so I focussed on his,” he reflects. “His career began to go very successfully, which was a great way to meet new people, make connections and get a load of experience. Being in college meant we didn’t have the pressure of trying to do too much.

“As my degree started to come to a close, I had to figure out what I wanted to do.

“What I did with Malaki is work I’m really proud of,” he adds. “I’m happy to have the connection, but it just felt right to really focus on myself and my own career now.

“There’s plenty of other Irish musicians that influence what I do as well,” he adds. “like Fontaines D.C. And the Chamomile crew - Monjola, his brother Moyo and Aby Coulibaly – are also amazing. I really respect people that can tap into so many different aspects of being an artist. They created a community. I can’t stand artists who shut everyone out, refuse to work with anyone and gatekeep.” 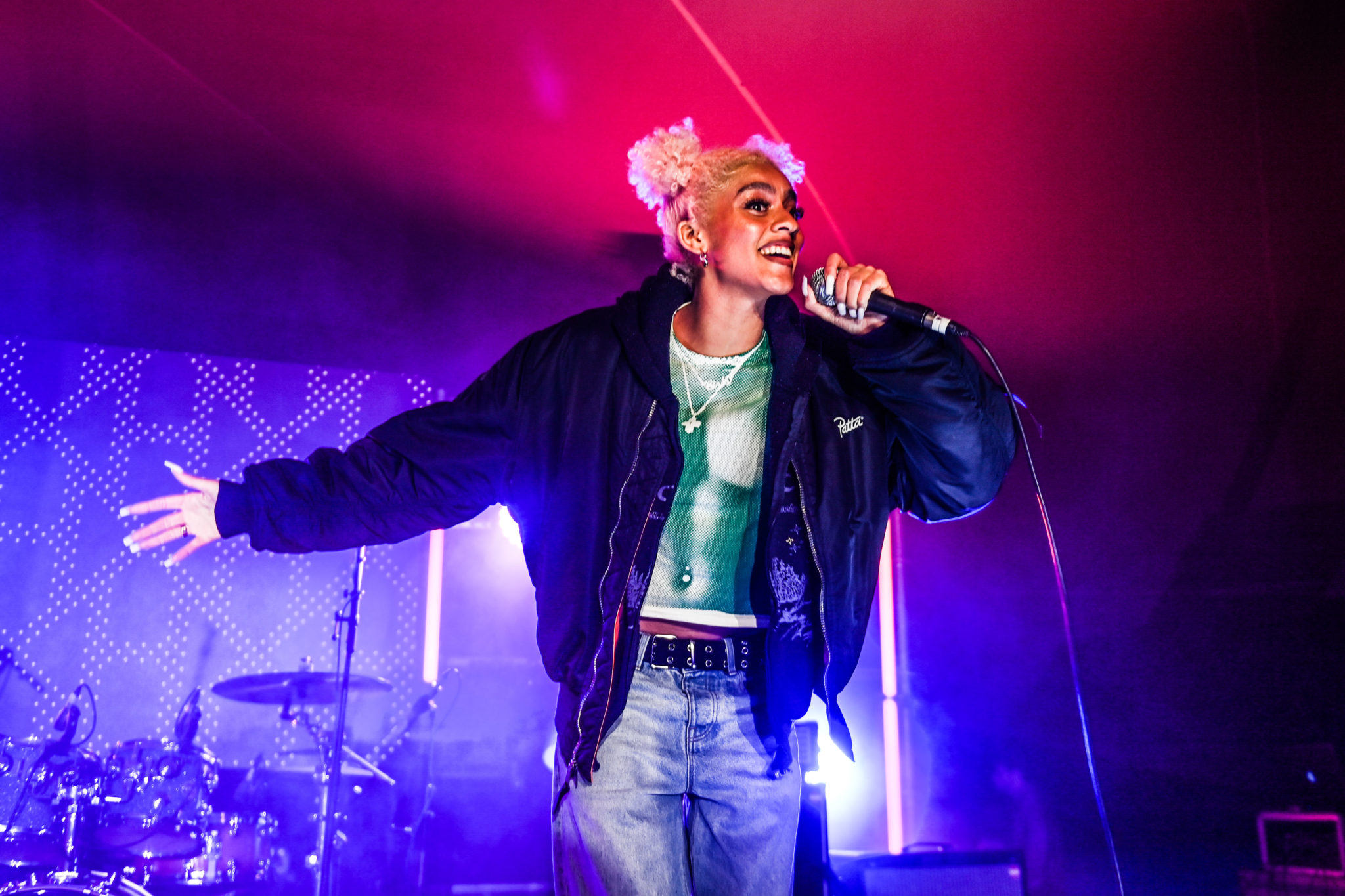 If he had to get a pint in Dublin with one idol in who’d it be?

“James Blake is someone I really admire,” enthuses Chameleon. “He’s influenced my style. I see a lot of myself in him; he’s quite introverted. I’m trying to be more out there, but I really connected with him and his music. I’d love to sit down and pick his brain.

“I love Radiohead, but I wouldn’t have a real interest in going for a pint with them! Donald Glover (aka Childish Gambino) is amazing, too. The way he makes music as an art form is fascinating. Kanye West is one of the most influential artists of the last 45 years. In the long run he’ll be viewed in the same way as the likes of Elvis, Bob Dylan and Prince.”

There is a feeling in the industry that Chameleon might just have what it takes to compete at the same premiership level.

“I don’t know how I would react to their level of fame,” Matthew reflects. “A lot of my favourite artists like Bon Iver and James Blake, and even Donald Glover, have gone through a similar form of mental struggle as a result of being in the public eye. But it’s also draining seeing stuff everyone else is doing, and thinking you’re not good enough. So there is that weird vibe of competition, even though you’re all rooting for each other.”

At 22, Harris is at the age where many of us would normally be moving out of home.

“I really want my own space, but it’s impossible right now,” he says. “The expense is so deterring. The ideal situation is obviously to live with friends but it’s not doable. It’s a nightmare, and then everyone leaves.”
“I spent a bit of time in London over the last year, and understood how it might benefit me – but also how it could wreck me. It’s quite an isolating place. You really want to have a purpose for being there. So I’d like to build what I’m doing in Ireland first.

“There’s exciting stuff brewing,” Matthew declares. “I feel like there’s a strong community here. I’m in a DJ collective called The Sheds, and we started running events about a year or two ago. It’s insanely hard to put on events here, but people are trying to make the most of it. Things are starting to move, especially with Give Up The Night. There’s funding given out by Catherine Martin. I’m staying because I feel something bubbling here in Ireland.”

•‘Show Me Where Your Heart Is’ is out today via Rubyworks.

Irish Music Month is supported by XL Retail Group, MCD Productions, IMRO, RAAP and XMusic and is funded by the Broadcasting Authority of Ireland from the TV licence fee.