The series of intimate concerts will have a limited capacity of 100 people per show.

Strawberry Sessions have announced a return to live shows with a series of intimate concerts at from July 28th to August 1st.

Set in the stunning surrounds of Luttrellstown Castle, Jerry Fish will kick off the series on July 28th, followed by Lisa Hannigan on July 29th, The Riptide Movement on July 30th, Wyvern Lingo on July 31st and two performances from Jack Lukeman on August 1st.

There is a limited capacity of only 100 people per concert. Tickets for each concert will be sold in pods of four or six.

The live concert series follows on from the Strawberry Sessions broadcast last night on Virgin Media One, which featured live performances from renowned artists such as Damien Dempsey, Jerry Fish, Wyvern Lingo, Paul Noonan(Bell X1), Gemma Dunleavy, The Scratch and True Tides, all filmed at the iconic Strawberry Beds in Dublin.

Promoter Ray O'Donoghue says: "We recorded The Strawberry Sessions TV show with no audience during the height of lockdown and we’re really grateful that the Department of Culture & Arts helped in making that happen."

"Now we want to bring The Strawberry Sessions to a live audience and it feels great to be able to say that. Each gig will be really special and intimate and we expect them to sell out quickly. Here’s hoping everyone is just as excited as we are to get live music up and running again." 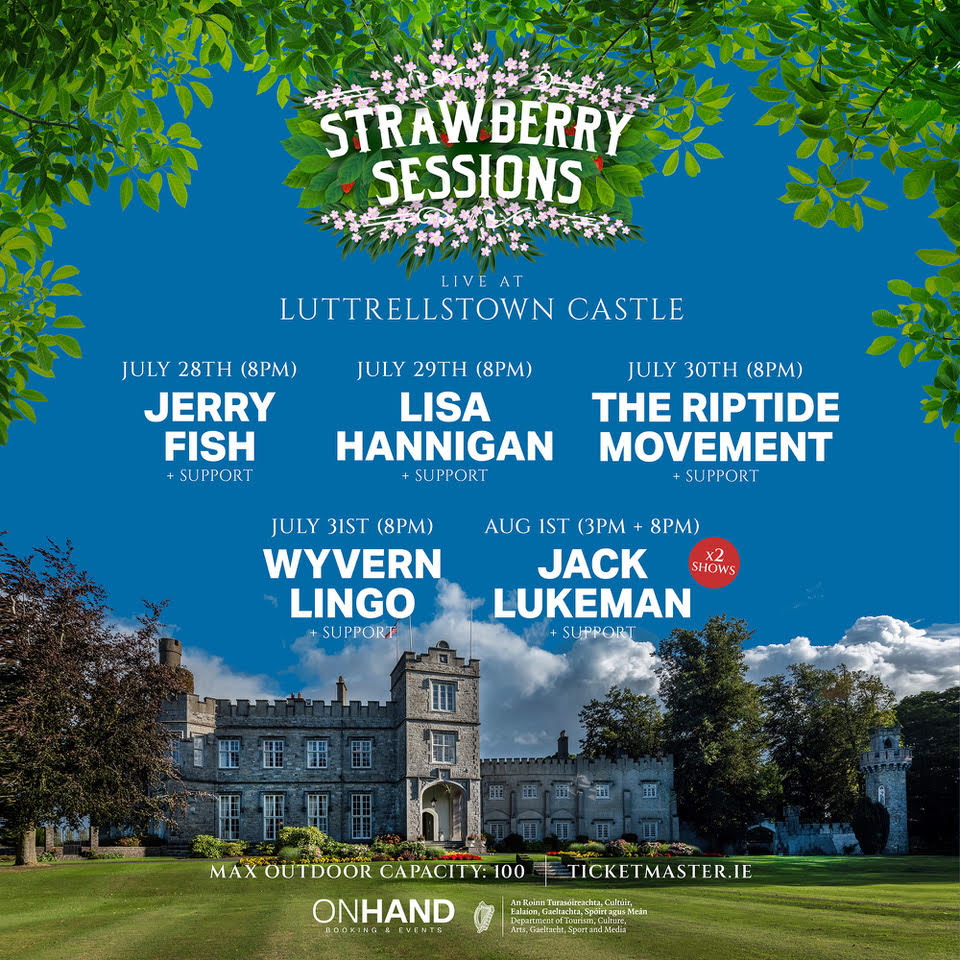 Artists Against Homelessness in Aid of Focus Ireland with Kojaque, Damien Dempsey and more at the 3Olympia Theatre (Photos)
Pauline Scanlon: "Tradition in Ireland is a funny thing. People guard it, and they’re right to. But not all elements of all cultures are worth hanging onto"
Artists Against Homelessness will take place this Sunday in aid of Focus Ireland
LISTEN: Hot Press launches new Up Close And Personal podcast series – Episode 1 with Gemma Hayes available now
Other Voices returns to RTÉ in April with Sigrid, Sam Fender, Dermot Kennedy and more
The Stunning, Jack L, King Kong Company and more to play new Laois festival - Forest Fest