The musician-turned-author will be taking the National Stadium stage in December.

Iron Maiden singer Bruce Dickinson has announced a one-man speaking show at National Stadium on 13 December 2019. The performance, entitled "What Does This Button Do?" after his autobiography of the same name, will feature a comedic routine as well as an unscripted Q&A with fans.

The 2017 publication of his New York Times & UK Times Best-Seller autobiography What Does This Button Do? saw Bruce promoting the book by undertaking a small number of readings and Q&A in theatres around the UK. "What Does This Button Do? - An Evening with Bruce Dickinson" has since evolved into a full-blown one-man show, more akin to a stand-up comedian’s routine, lasting well over two hours and touring the globe. 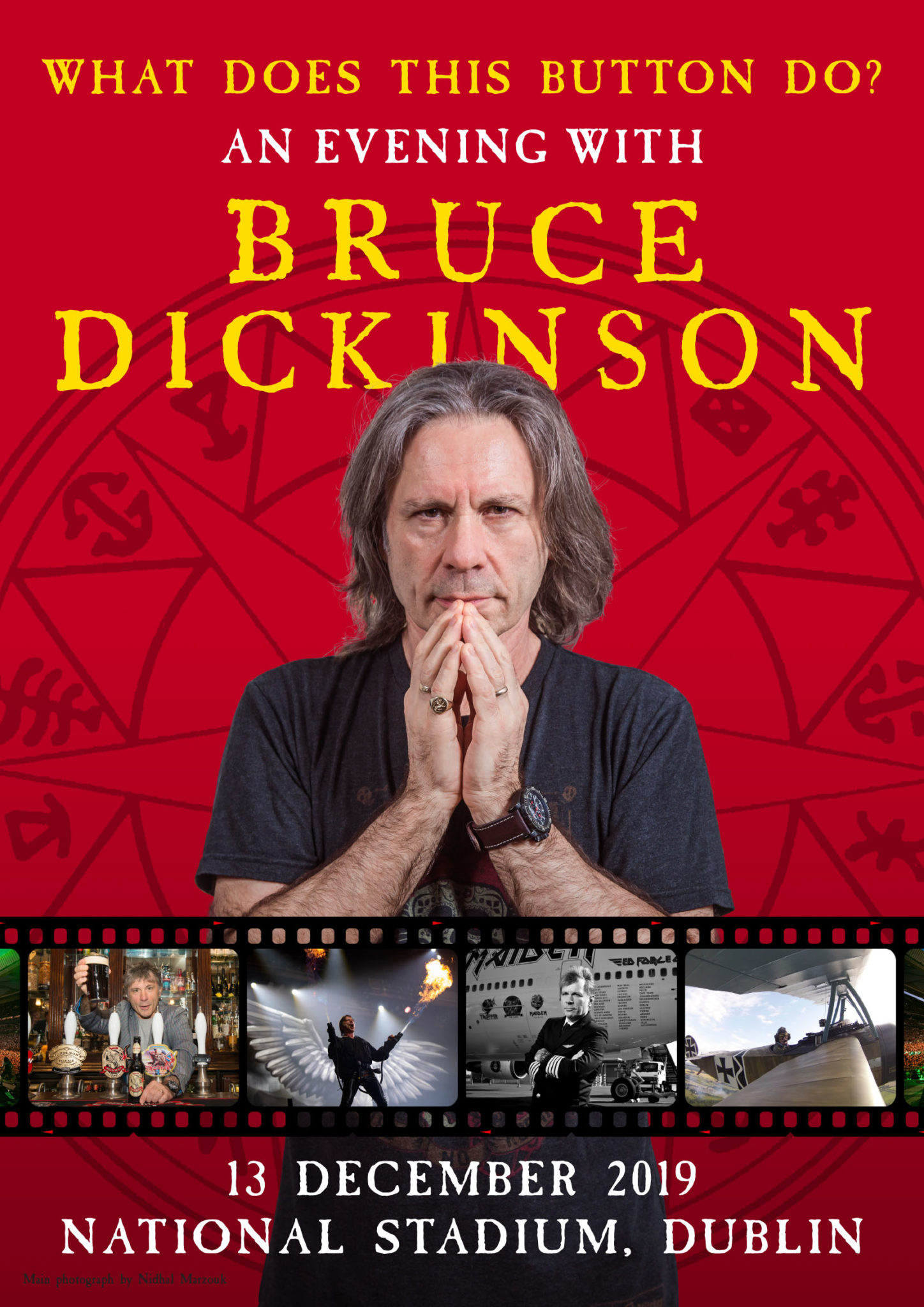 Split into two parts, the first half of the show sees Bruce taking a humorous, often satirical look back at his colourful, roller-coaster life. Delivering compelling tales in his uniquely anarchic style and punctuated with photographs, he recounts anecdotes not just from the book, but others deemed either too risqué or otherwise to have made the final edit.

The second half of the evening is devoted entirely to a Q&A session, where fans’ questions are tackled with completely improvised responses by Bruce, all of which makes for a highly entertaining and enjoyable night out.

Do not miss this unique opportunity to witness one of the world’s most captivating icons in an intimate environment when Bruce Dickinson brings his one-man speaking show for the very first time to Dublin.

Tickets are available via Eventbrite.

Pat Egan: "The word 'legendary' is overused, but Bob Marley at Dalymount Park certainly became a landmark, in terms of big outdoor gigs in Ireland"
Ronnie James Dio's autobiography to be released next week
Tributes pour in after the death of Dublin author and playwright Lee Dunne