CMAT was among the Top 3 most-booked acts of 2022's ESNS Exchange – playing a remarkable 10 shows at participating festivals outside Ireland.

Due to challenges in international promotion and distribution, European pop and rock has historically lagged behind its Anglo-American counterparts. But that's where ESNS Exchange comes in – making the 'exchange' of European artists across the continent possible on a greater scale than ever.

One of the many initiatives of the non-profit showcase festival Eurosonic Noorderslag (ESNS), ESNS Exchange – formerly known as the European Talent Exchange Programme – facilitates the bookings of European acts at festivals outside their home countries. It also generates extensive media exposure for the artists,  with the help of the European Broadcasting Union, export offices and local media – all working together to give a major boost to the international careers of up-and-coming European artists.

Playing at one or more of the major ESNS Exchange festivals – which attract thousands of music lovers – is a major step in helping an artist bring their music to a new audience. These festivals include Primavera Sound, Body & Soul, Glastonbury, Sziget, Coachella, Montreux Jazz Festival, and more.

Although the global pandemic resulted in ESNS taking place digitally in 2021 and 2022, the organisers behind the festival worked harder than ever to ensure that the artists still  had a chance to perform in front of industry professionals online, including bookers from festivals that are part of ESNS Exchange. Despite the unusual circumstances, it proved to be a phenomenal success. In 2021 alone, a total of 134 different emerging artists from 31 countries were supported by bookings or promotions from ESNS Exchange festivals.

The results have also been hugely impressive in 2022. Past Hot Press interviewee Priya Ragu and acclaimed UK act Yard Act lead the way as the most-booked acts of this year's programme – both playing 11 shows at participating festivals.

Hot on their heels is Irish star CMAT, who scored a remarkable 10 shows. And she's not the only artist from these shores to have benefited from the programme. Fontaines D.C. were the most-booked act of the 2019 edition, with 14 shows, while The Murder Capital also fared well the same year. In 2020, even though live music came to a standstill, Inhaler garnered six promotions thanks to ESNS Exchange. 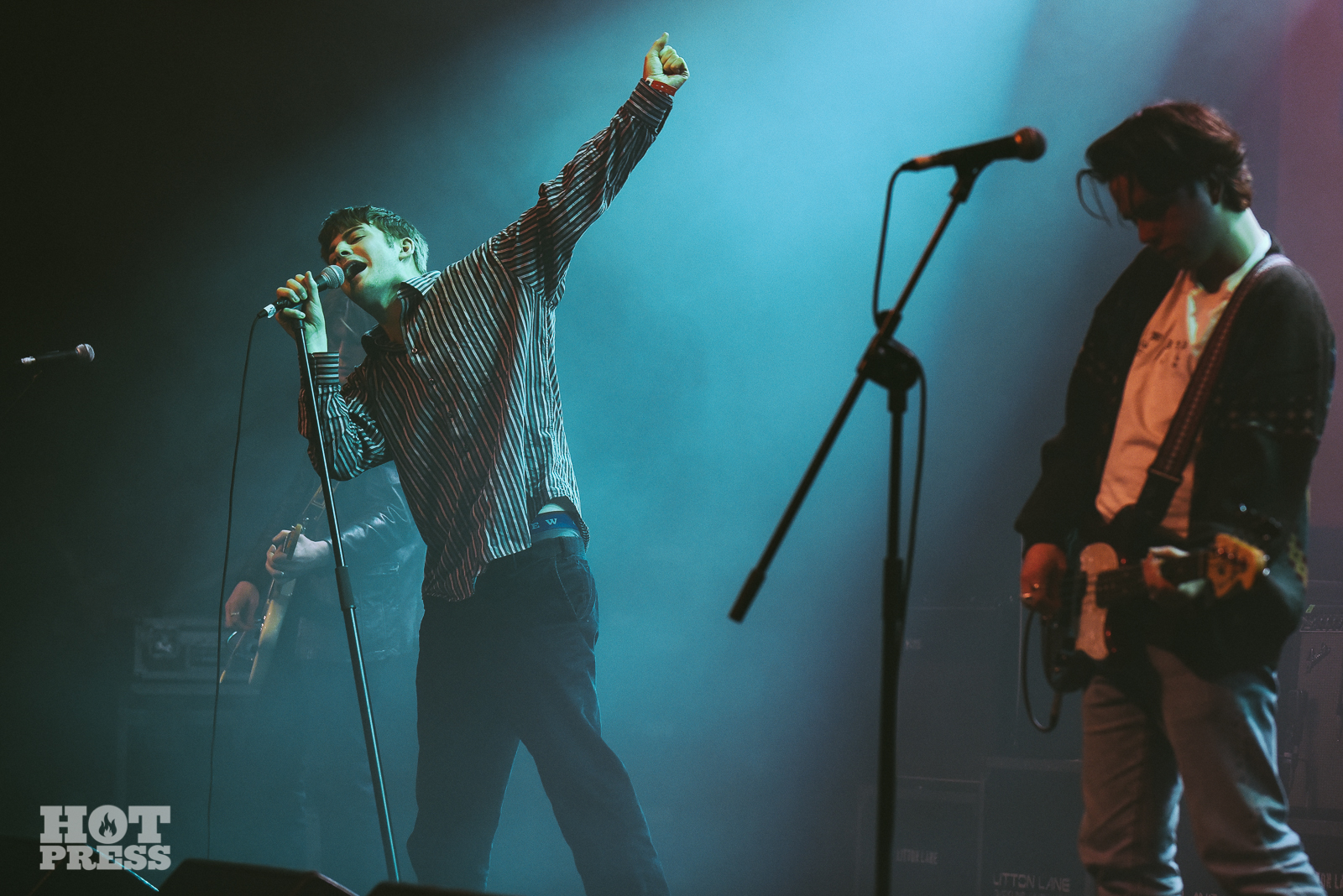 Despite the immense challenges of the past few years for the international music industry, ESNS is currently gearing up for its 2023 edition – which will return live and in person to Groningen from January 18–21.

Irish acts already confirmed to play the 2023 showcase festival include CMAT, Selló, The Mary Wallopers and The Scratch. They join an impressive line-up of European talent, including Marina Herlop, Katnuf, Kings Elliot, S1MBA, and more. CMAT is also in the running for the Music Moves Europe Awards – the winners of which will be announced at ESNS on January 19.

This year also saw the launch of ESNS Radar, a charts tool that ESNS developed in partnership with Creative Europe. All the charts presented by ESNS Radar are border-breaking charts, meaning that they focus solely on the impact outside the artists' home countries – combining the airplay impact of 62 European Broadcasting Union radio stations in 41 European countries, and streaming positions from Spotify and YouTube charts.

For further information about the work of ESNS Exchange, see esns-exchange.eu

To find out more about ESNS 2023, visit esns.nl

Ireland named worst country for transgender healthcare in EU
Live Report: Nick Cave & The Bad Seeds steal the show at All Together Now 2022
CMAT drops deluxe version of debut album If My Wife New I'd Be Dead