The regular Friday teenage climate strikes had been put on hold because of coronavirus. Now they are back, having learned from the experience of lockdown…

As public demonstrations and strikes across the country shuttered due to the coronavirus crisis, since the middle of March, teenage activists at Fridays for Future had to be satisfied with raising awareness about the climate crisis online.

Speaking to Hot Press, Saoi O’Connor, a 17 year-old Cork student who is Ireland’s most prominent climate striker, said that the coronavirus crisis had confirmed that – if the will is there – the Government can take meaningful steps to avert the climate crisis.

"In terms of the pandemic,” Saoi said, “it has shown people how radical action can be taken on a crisis when it is threatening the people in power or the entire populations. A lot of people think the climate crisis isn't a threat yet. I understand why people feel that way, because Covid-19 is much closer to us than the climate crisis.”

Saoi O'Connor added that the experience of Covid-19 also shows that the general public has the capacity to follow Government guidelines in times of crisis. So why doesn’t the State adopt the same approach to educating people about the looming threat of climate change?

"I think the pandemic also proved how connected we are globally,” Saoi added, “and how our actions can impact people all over the world. I hope that will also change people's mindsets."

The Impact of Black Lives Matter

Saoi O'Connor, who was wearing Black Lives Matter stickers on her jacket on a humid Cork morning, said that the worldwide reckoning over issues to do with the mistreatment of people on the basis of race has also had an impact the Irish youth’s climate journey.

Reflecting on the broader issues raised, she reflected that, as long as racial disparities exist in the world, large corporations feel entitled to exploit the environmentally significant resources of underdeveloped countries for profit. Such environmental exploitation of poorer countries, in the Global South, she said, accelerates the deepening of the climate crisis.

The return of the climate strike in Cork city followed the return of green activists in smaller Irish towns, in recent weeks. The Irish climate vigils are set the continue throughout the summer, every Friday. 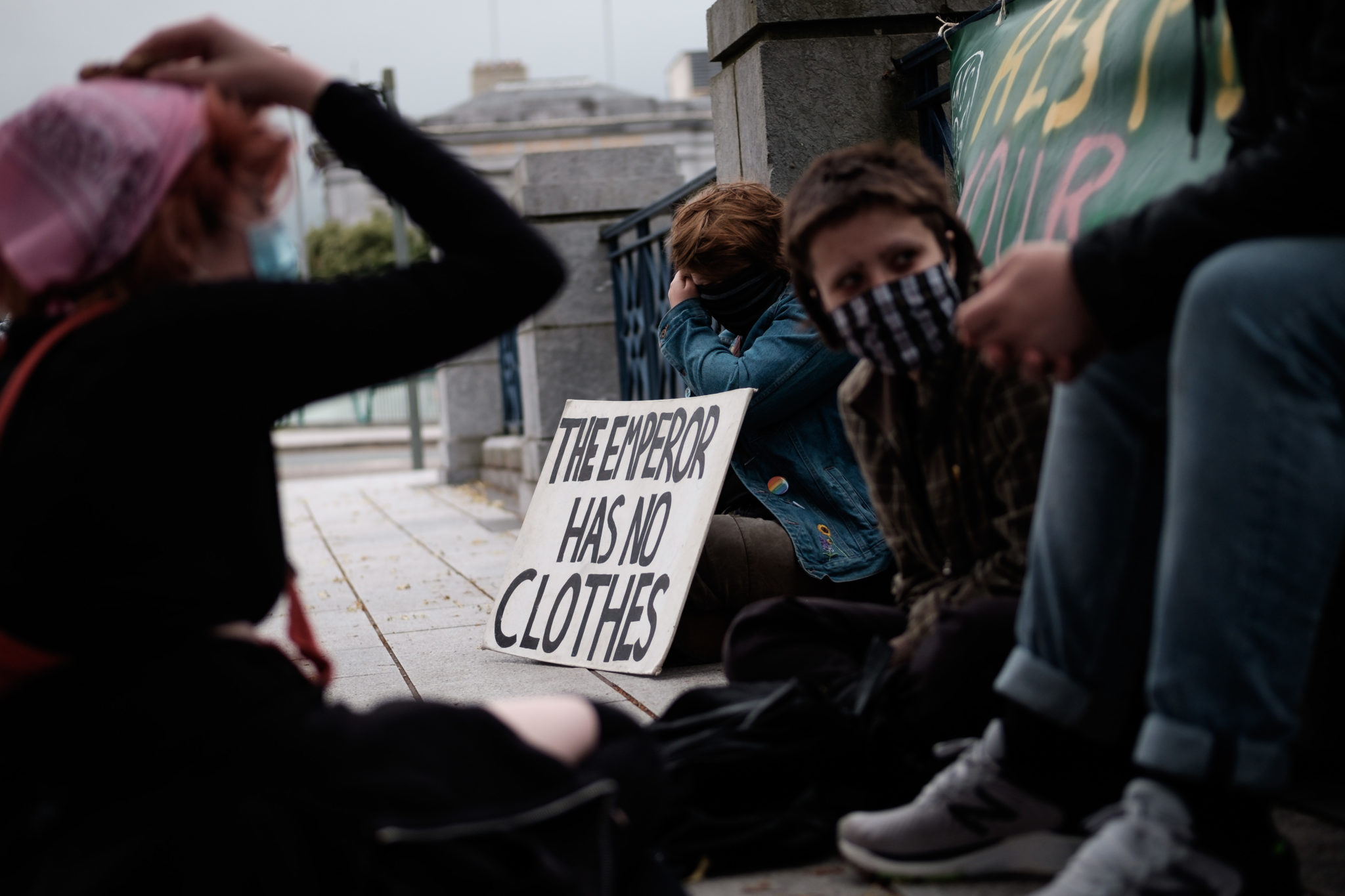 It was the pioneering climate activist Greta Thunberg who inspired the student climate revolt, back in August 2018. Ms Thunberg, now 17 years of age, was the first teenager to refuse to attend school on Fridays, choosing instead to sit outside the Swedish Parliament, to highlight the looming threat of climate change.

Ms Thunberg's act of civil disobedience has inspired millions of children and teenagers around the world to do the same.

This week’s strike in Cork also coincided with news of an unprecedented arctic heatwave which saw temperatures rising as high over 34°C at a latitude of 73°N in Russia on last week.
The UN’s Intergovernmental Panel on Climate Change (IPCC) recently published a report which highlighted that global warming “is likely to reach 1.5C between 2030 and 2052 if it continues to increase at the current rate.”

A team of scientists from the University of Illinois have also recently warned that there is a 35 per cent chance that the UN’s ‘worst-case scenario’ for global warming was too optimistic.
Another study from the United Kingdom’s National Oceanography Centre revealed that the damage caused by rising sea levels would cost the world as much as 14 trillion dollars a year by 2100, unless the UN's environmental targets are met.

100 Voices #AllAgainstRacism: Fionnuala O'Connell - "Racism in Ireland is both violently loud and violently quiet"
Students turn out in force at DCU Black Lives Matter Protest following lecturer's comments
USI President Clare Austick: "It has to be recognised that the college experience is so much greater than just the teaching and learning"