Every Breaking Wave: Grunge – "Most artists don’t particularly care for labels, but practically all artists tagged as grunge loathe it"
Credit: Jesse Frohman

Most artists don’t particularly care for labels, but practically all artists tagged as grunge loathe it. Fair enough, in a world of misguided labels, it is arguably the most misused.

Mid-‘80s Seattle witnessed the fusing of metal and punk by a cluster of post-punk garage bands. Creating music in a city that was cut off from the music meccas of LA, Chicago and New York, musicians were unsullied by suffocating outside influences, and so a sound developed that was very much Seattle.

In 1986, Deep Six, a compilation featuring the early recordings of six Seattle-based bands – Green River, Soundgarden, the Melvins, Malfunkshun, Skin Yard and the U-Men – established the concept of what would be termed grunge. The tracks possessed the aggression of punk, but in a tempo more associated with a Black Sabbath-type of metal, resulting in a sludgy, gloopy sound.

Sub Pop, the label synonymous with the scene, was also established in 1986. In 1988, they released Mudhoney’s debut single ‘Touch Me I’m Sick’ and Nirvana’s debut album Bleach, both produced by Jack Endino, the guitarist from the U-men. Everett True, a Melody Maker journalist, focussed attention on the scene, and A&R dudes flocked, not just to Seattle, but across Washington State to discover ‘grunge’ bands. Soundgarden, Alice In Chains and Screaming Trees all signed to majors.

In 1990 Nirvana signed to Geffen, releasing Nevermind in 1991, dumping the king of pop, Michael Jackson, from the top of the charts. Grunge exploded with the release of Pearl Jam’s Ten, Soundgarden’s Badmotorfinger, Temple of the Dog’s eponymous album and Alice In Chains’ Dirt. People across the world donned plait shirts, ripped jeans and Chuck Taylors. 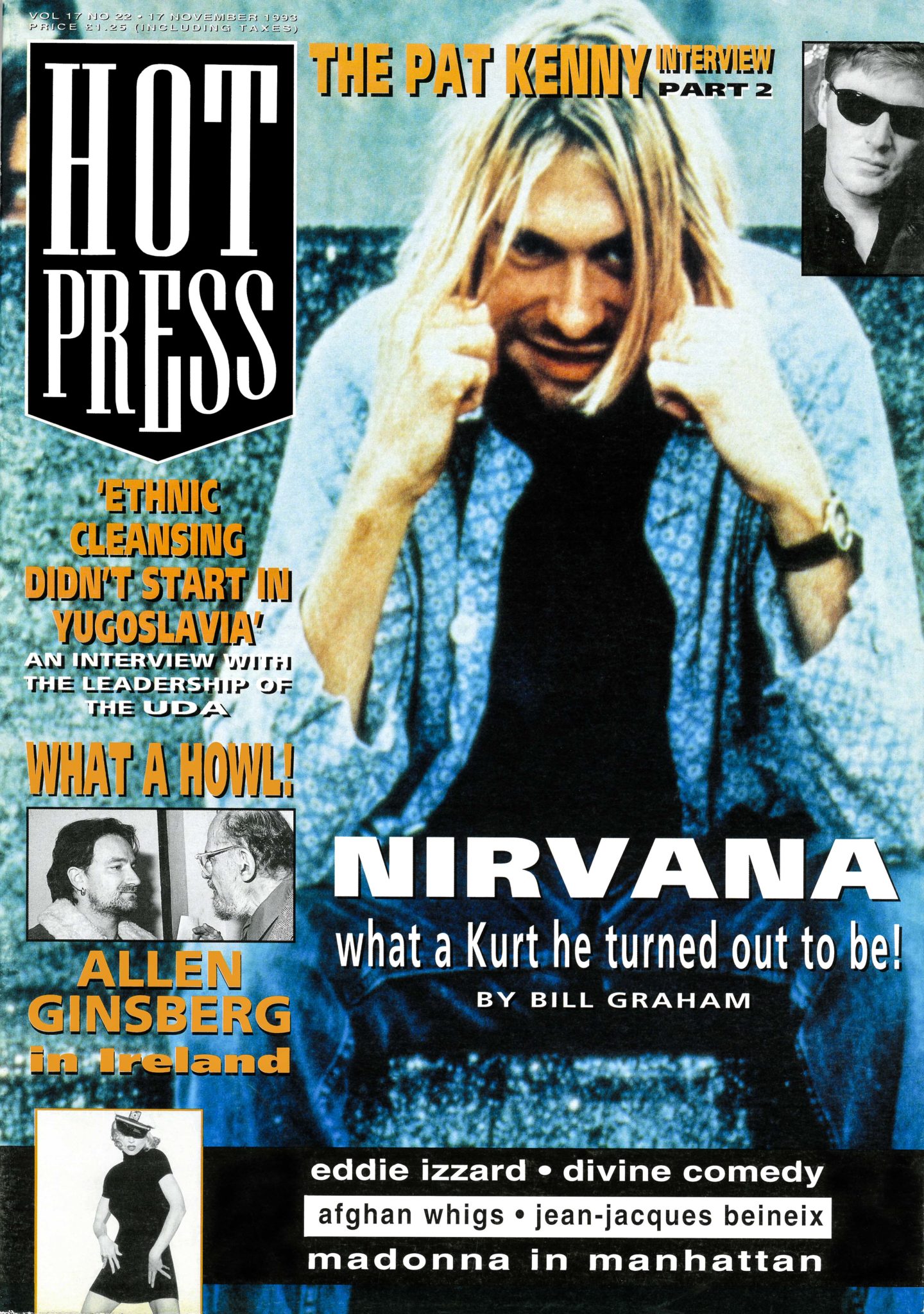 Labels attempting to keep up with the scene scoured the world for grunge bands. But no one seemed to know how big the umbrella really was.

‘60s garage bands such as the Sonics, the Wailers, the Telepaths and the Lewd could be termed proto-grunge. Scene influencers Melvins were influenced by Black Flag, Seventies metal, Sonic Youth’s lo-fi, freeform noise and a good dose of distortion and feedback. In the long run, dozens of bands were corralled under the grunge flag – sublime all-female outfits (Hole, L7, Calamity Jane, Babes in Toyland – the latter’s melodic hardcore was later branded Riot Grrrl); the foul scuzzers of the form (Bastard, God Bullies); the Aussies (Cosmic Psychos, King Snake Roost); and the Brits (Membranes, Slowjam). In Ireland, meantime, the often brilliant Larne rockers Therapy? and Kerbdog took the grunge honours in real style. The Frames were influenced by the production style. And, crossed with Goth, it all fed into Emo.

There is, of course, another theory. Nevermind, it posits, owes as much to the classic rock and roll of The Everly Brothers or The Beatles as it does to Melvins. Soundgarden and Pearl Jam were rockers more than grungers. And so on.

“The Seattle scene was a community of friends that happened to play music. Whether it was Mudhoney or Soundgarden or Pearl Jam or Nirvana or Alice In Chains. Most of those people you could find at the same bar on the same night.”