Whether it’s electropop bangers, invigorating Afroswing or DIY slouch rock you’re after, you’ve come to the right place as Stuart Clark rounds up the best of the new Irish releases.

Purveyors of insanely catchy electropop, they’ve also helped to soundtrack Sally Rooney’s Conversations With Friends, appeared at the Reading, Leeds and Electric Picnic festivals and with new single, ‘Just My Luck’, conjured up a summer anthem that should be blasting out of radios. 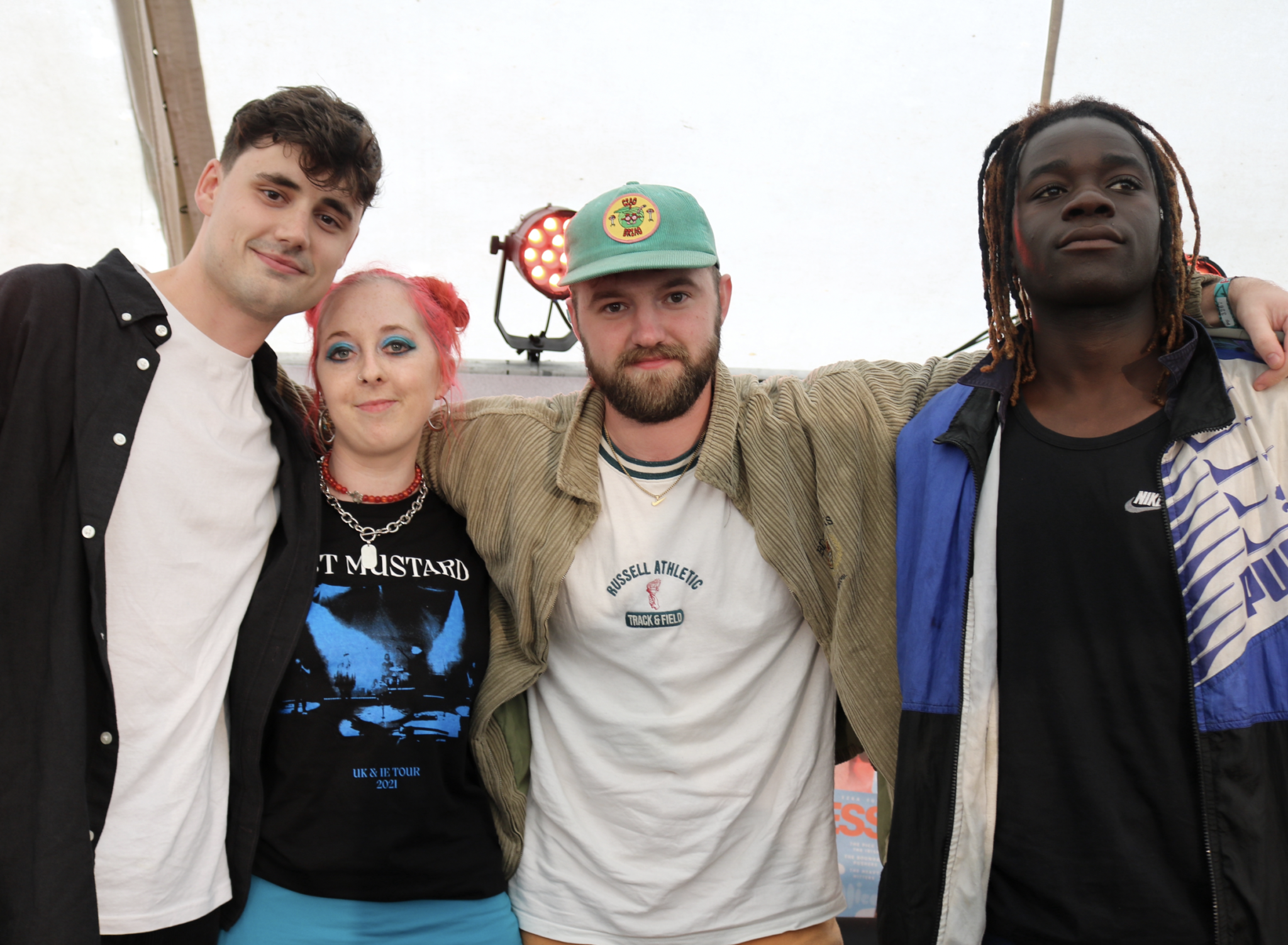 ELKAE – it’s pronounced ‘L.K.’ – is in ultra-jazzy mood on ‘Lie To Me’, the musical documenting of a toxic relationship, which has a bit of an Amy Winehouse vibe to it.

The Dubliner Also Known As Laura Keane recently signed a sync deal with WOMG who look after the soundtracking of a host of high-profile Netflix and Disney+ shows.

Following on from last year’s debut Girls Like You Like Me EP, ELKAE is releasing a string of singles this year, which will showcase her rich, earthy voice and lyrical sass.

A name that keeps on popping up in all the right hip hop places is Eni B whose ‘Boss Flow’ single lives up to the title – and then some.

Accompanied by a slick looking video, the 21-year-old Dubliner has what it takes to make it at international level. Watch this space!

The same’s true of 1k3, who’s joined by Stormzy’s mate Jallow on ‘Never Say’, which showcases his invigorating blend of R&B, hip hop, Afroswing and Afrobeats.

Completing a Dublin hip-hop hat trick is ‘Somebody Else’, the latest from Celine who played a blinder last month supporting Darkoo in the Dublin Button Factory.

Having beguiled us last month with its celestial title-track, Neil Dexter releases his debut I’ll Be Ready album on October 14.

Influenced by the likes of Roxy Music, Brian Eno, Perfume Genius and Robert Wyatt who has a song named in his honour on the collection, Dexter plays a hometown headliner in Dublin’s Workman’s Cellar on October 20. He also collaborated with Daithí on new track 'Keep It For The Next One', taken from the producer/multi-instrumentalist's third album I'm Here Now.

Keelan X impresses with ‘Fever’, his sophomore single, which is equal parts Tears For Fears, Prefab Sprout and The Weeknd.

Precision tooled for the dancefloor, it’s heady stuff with the former Marigolds band member picking up some gushing Dutch and American press as a result.

If it’s righteous anger you’re after, look no further than the latest from Post Punk Podge & The Technohippies, ‘For What’.

Podge also guests on the upcoming EP from Leesider This Throat, AKA Síle Ní Dhubhghaill, which was assembled in Limerick’s Dry Lane studio.
She previously recorded an album with Cranberries man Fergal Lawlor, which deserved a lot more attention than it got.

There’s been something of a studio explosion in the Treaty City with Ben Wanders presiding over Wanderland Recording whose rapidly expanding client list includes Michelle Grimes, Beechpark, Jayne and Noel Hogan; musician/composer Paddy Mulcahy setting up his own intimate space; and Shane Wixted doing the honours at Launchpad LK where Podge recorded his aforementioned 45.

“They’re all run by really good people and none of them are crazy expensive,” notes the Post Punk one.

Causing a major buzz at the moment in Limrock are Small Church, an indie-minded quartet fronted by a member of PowPig who’ve just emerged from their college-facilitating hiatus.

Chuck the B-52s’ ‘Rock Lobster’, James Chance and The Contortions and LCD Soundsystem into a blender and you’ll have some idea of the seriously sax-y music that the 24-year-old Dubliner, real name Aaron Corcoran, is making.

If it’s anthemic pop-rock you’re after, Mayo trio Powder House go the everything including the kitchen-sink route with new single ‘There You Go’, which is redolent of Snow Patrol and The Airborne Toxic Event.

A real earworm, it’s the latest fruits of their liaison with Frankfurt’s FBP Music Group who are major players in Germany.

Griff, Sigrid, Olivia Rodrigo and Holly Humberstone are among the reference points as Saige releases ‘Sparks’, the first taster from her upcoming debut EP.

It gets a live airing on November 22 when the Wexford singer-songwriter plays the Workman’s Cellar in Dublin.