The final night of Whelan's Ones to Watch was full of talent, a great way to finish the weekend.

Whelan’s Ones to Watch Festival came to a close last night with a group of incredible performers. After a high-energy week, crowds gathered for one last look at the best up-and-coming artists this year. Hot Press was there as always to scope out the best of the final show.

The night started off with Dea Matrona on the main stage. The three-piece band may as well have just teleported straight from the 70s. Donning a denim jumpsuit and bell-bottom jeans, they jammed out to authentic rock and roll music. Sometimes nostalgia-heavy bands get criticized for leaning too heavily on their influences, but Dea Matrona did an incredible job of paying homage to the likes of Fleetwood Mac and Led Zeppelin (including a great cover of Led Zeppelin’s ‘Black Dog’) while adding their own spin to it. I was blown away by their talent as their voices harmonised and the guitarist and bassist switched instruments halfway through the set. It was clear that they were all having a blast, and the positive energy leaked into the crowd who rocked and smiled with them. Dea Matrona are here to prove that rock and roll is alive and well in 2020. 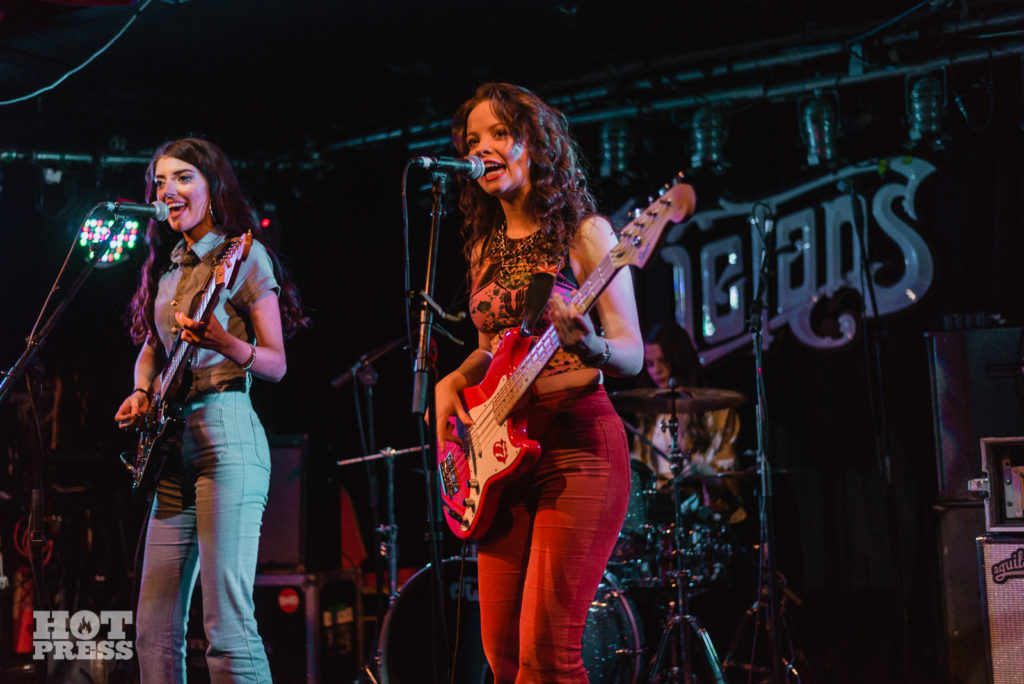 Upstairs, Aoife Wolf delivered a powerful and emotional set. It touched on the dark corners of indie folk music, edging on harder rock with fuzzy guitars and feedback. I was especially blown away by her unique voice, which would start at a sultry, deep register and build up to an intense belt. During a chorus toward the end of her set, she sang so intensely that I could genuinely feel every hair on my body stand up. She and her band played with the conventions of the genre and lyrically tackled the complexity of human emotion, culminating in a song titled ‘The Woman Who Shot Andy Warhol,’ about the woman who shot Andy Warhol (surprise!) and her deep dive into conspiracy theories. I was incredibly disappointed to find that she hasn’t released any music yet, but I’ll be counting down the days until her debut single later this year. 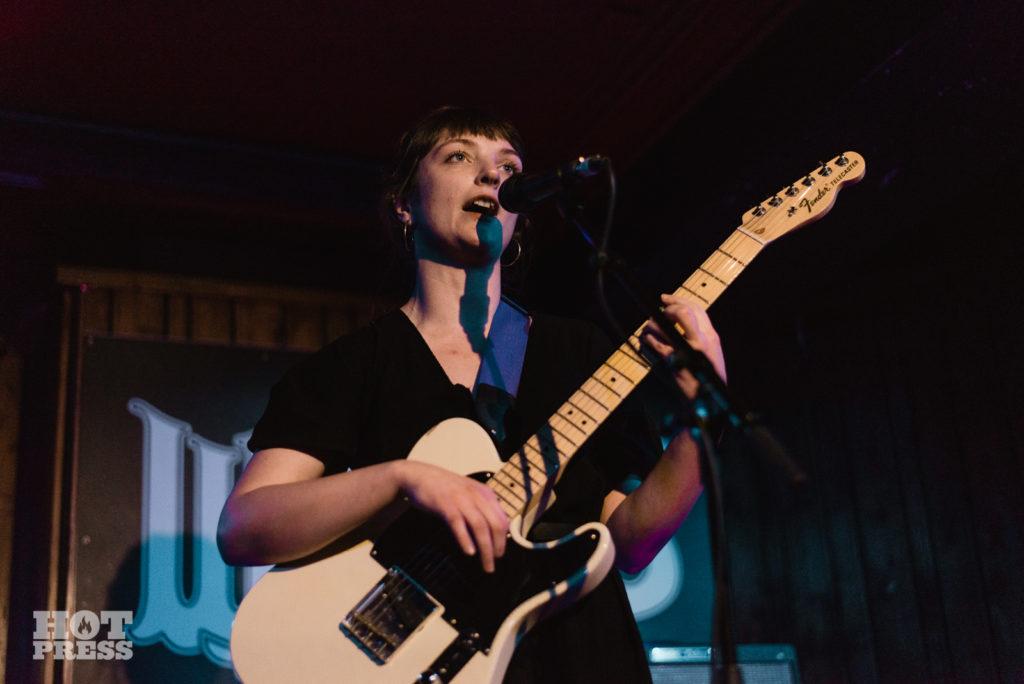 Aoife at Whelan's Ones to Watch Jan 19 2020. Copyright Ingrid Angulo.

Crispr Kid brought arena-ready indie rock to the main stage downstairs. Their music was tinged with elements of folk and Americana and their uplifting, sunny sound made me feel nostalgic for summers spent with people I love. ‘Fresno Rescue Mission,’ a song of redemption, became the “track of the evening” dedicated to Conor McGregor (the fighter just won a fight within 40 seconds on his UFC return). The drummer was incredible – his hands moved at the speed of light during a solo. The music felt like it belonged in the final scene of a coming-of-age film, where you know everything’s changed but is all going to be okay. Crispr Kid said that their first big goal was to play Whelan’s within six months. Now with a Whelan’s gig under their belt and an EP on the way, they’re on their way to bigger crowds. 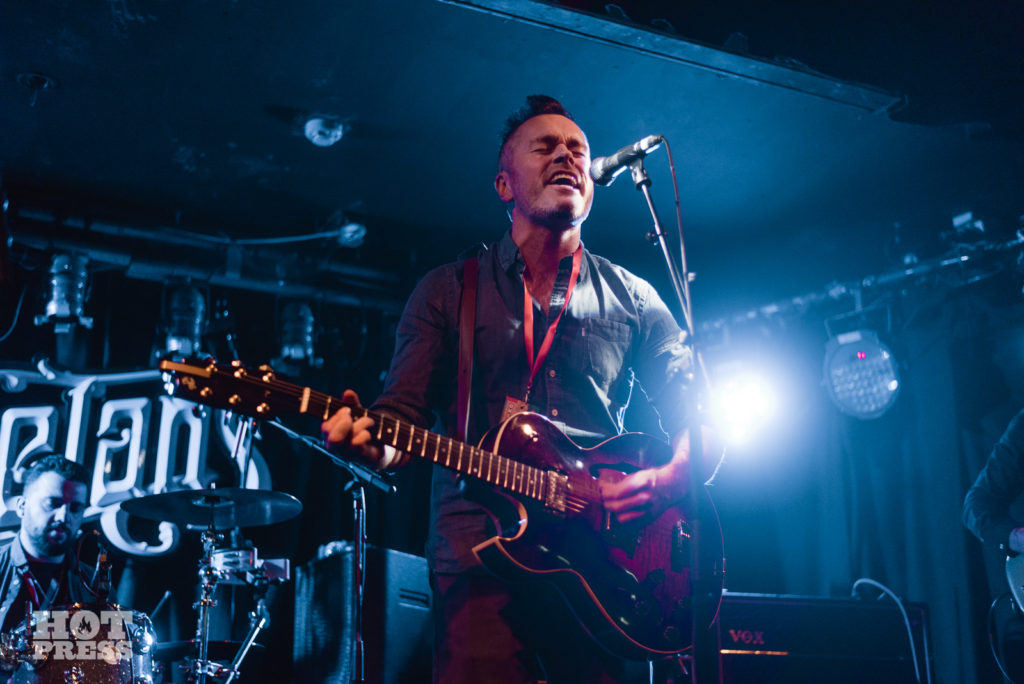 Hidden Stills brought a cosy feel to the upstairs stage. The duo, armed only with two acoustic guitars, played introspective contemporary folk. With such a minimal setup, the lyrics were front and centre. They introduced every song with an explanation of what it was about, touching on topics from online dating to overcoming adversity. Their voices and guitars were perfectly in sync, adding beautiful layers to an otherwise simplistic set. It was a major change of pace from the other electric bands, but the tunes served as a great refuge. My weekend recommendation is to grab a cup of tea on a Sunday morning and listen to Hidden Stills. 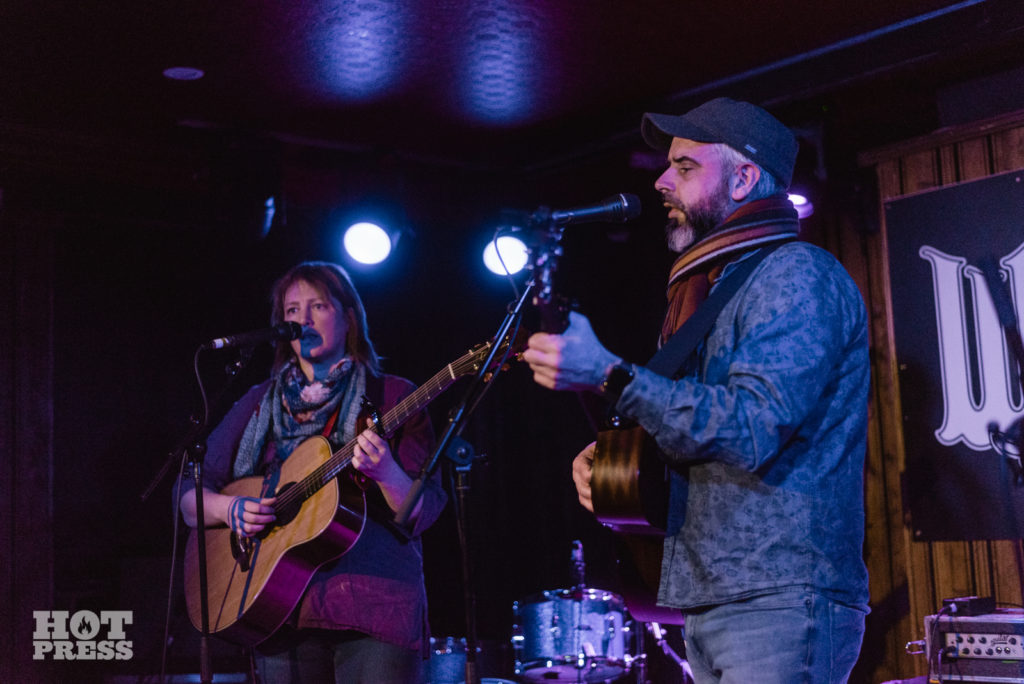 Back downstairs on the main stage, energy levels were high. Dylan E. Crampton stunned the main stage audience when he admitted that he’d never stepped foot in the iconic venue before – a sin for any Dublin music fan, let alone musician! But the former busker quickly proved he deserved to be there with a set full of funky tunes (and funky shoes, Crampton’s leopard print loafers were incredible). ‘Mr. Jimmy,’ a tune about his alter ego, was an especially fun bop featuring a xylophone. He and his band closed out the set with the beautifully named ‘Stop Being an Asshole,’ where he strapped a harmonica around his neck. Crampton was incredibly charismatic and you could feel the pure joy radiating from the stage as everyone moved to the music. Dylan E. Crampton is going big places, and I’m really excited to see harmonicas hit the mainstream. 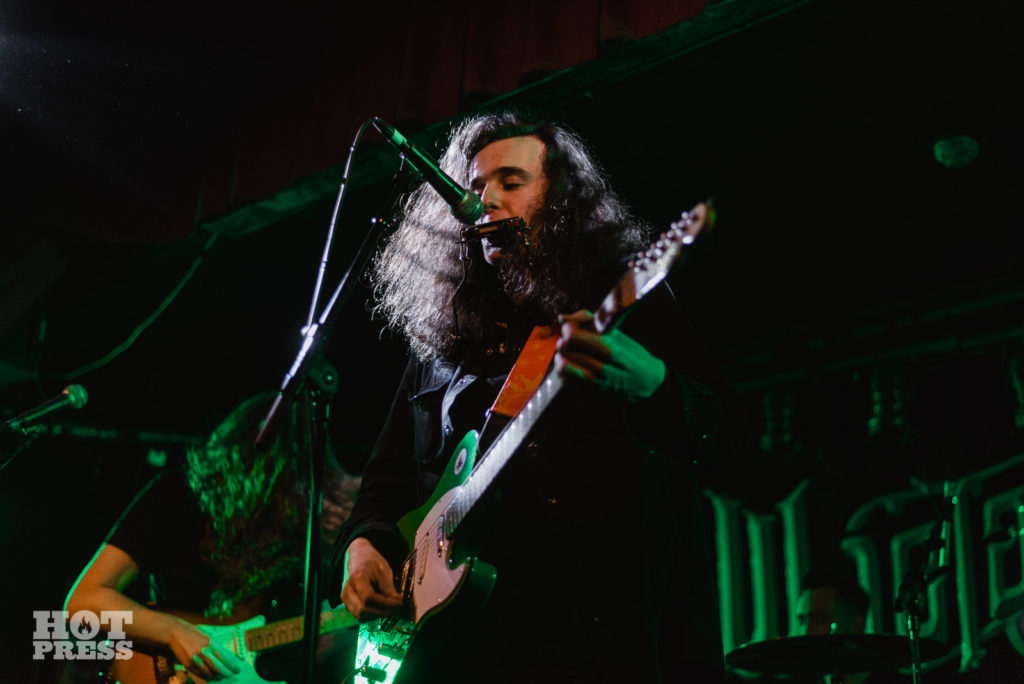 What has 14 legs, a star-shaped tambourine and the most infectiously fun song about cheaters you’ve ever heard? Toshín. I truly had no clue what to expect from the band while waiting for their set, but as the main stage filled up with instruments and seven band members, I knew I was in for a treat. Their sound defied genres – it was funky, jazzy, loud and electrifying. The band members all had incredible chemistry, especially the two vocalists who danced and harmonised their way through the set. During an emotional point in a song about “daddy issues,” they shared a powerful embrace as the lead vocalist poured her heart out. And much to my delight, there were heavy feminist themes throughout the set, with the female experience front and centre in the empowering ‘Girl Go Off.’ As the crowd danced and laughed, I couldn’t wipe the smile off my face. The band are truly mesmerising performers and their music is something that truly needs to be heard live. 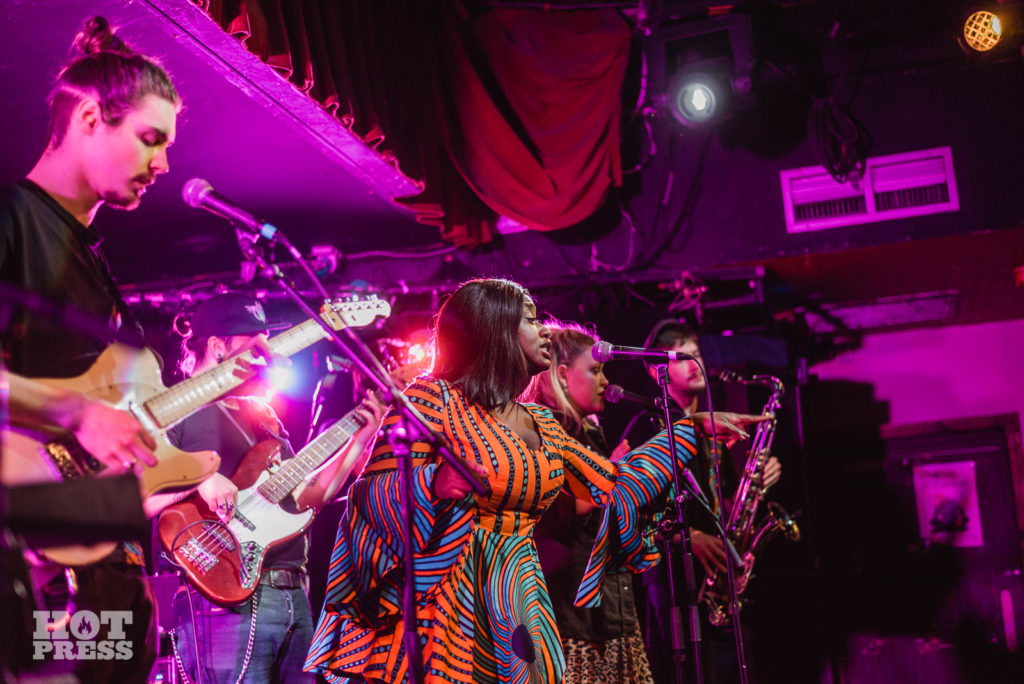 Toshín at Whelan's Ones to Watch 2020. Copyright Ingrid Angulo.

We’re sad to see the festival end, but glad to have a whole new list of emerging artists on our radar. See you next year, Whelan’s!

Check out the rest of our coverage below.
Night 1
Night 2
Night 3
Night 4