The new festival takes place in Wolverhampton in May.

Downpatrick band Ash and Galway band The Clockworks have been announced for the Alan McGee-curated festival Creation Day in Wolverhampton, England – alongside the likes of Editors, Happy Mondays, Echo & The Bunnymen and Friendly Fires.

The brand new two-day festival is described as a"celebration of the legendary Creation Records label and the legacy of its visionary found, Alan McGee." Taking place from May 29-30 in Wolverhampton's West Park, Creation Day is a joint collaboration between the City of Wolverhampton Council, Creation Management and Toura Toura Festivals.

The Clockworks, who recently contributed to the Hot Press #MorningGlory25 Series, covering Oasis' 'Some Might Say', are set to perform at Creation Day on May 29. The band, who were signed by Alan McGee last year, released their latest single, 'Can I Speak To A Manager?', to widespread acclaim back in August.

Ash, meanwhile, are set to play the following day of the festival, May 30. The band's frontman, Tim Wheeler, recently contributed to the Hot Press 'Rave On, Van Morrison' Series – performing a cover of 'Jackie Wilson Said'.

Tickets go on sale for general release at 10am on October 23. Visit their website for more information, and take a look at the full line-up below: 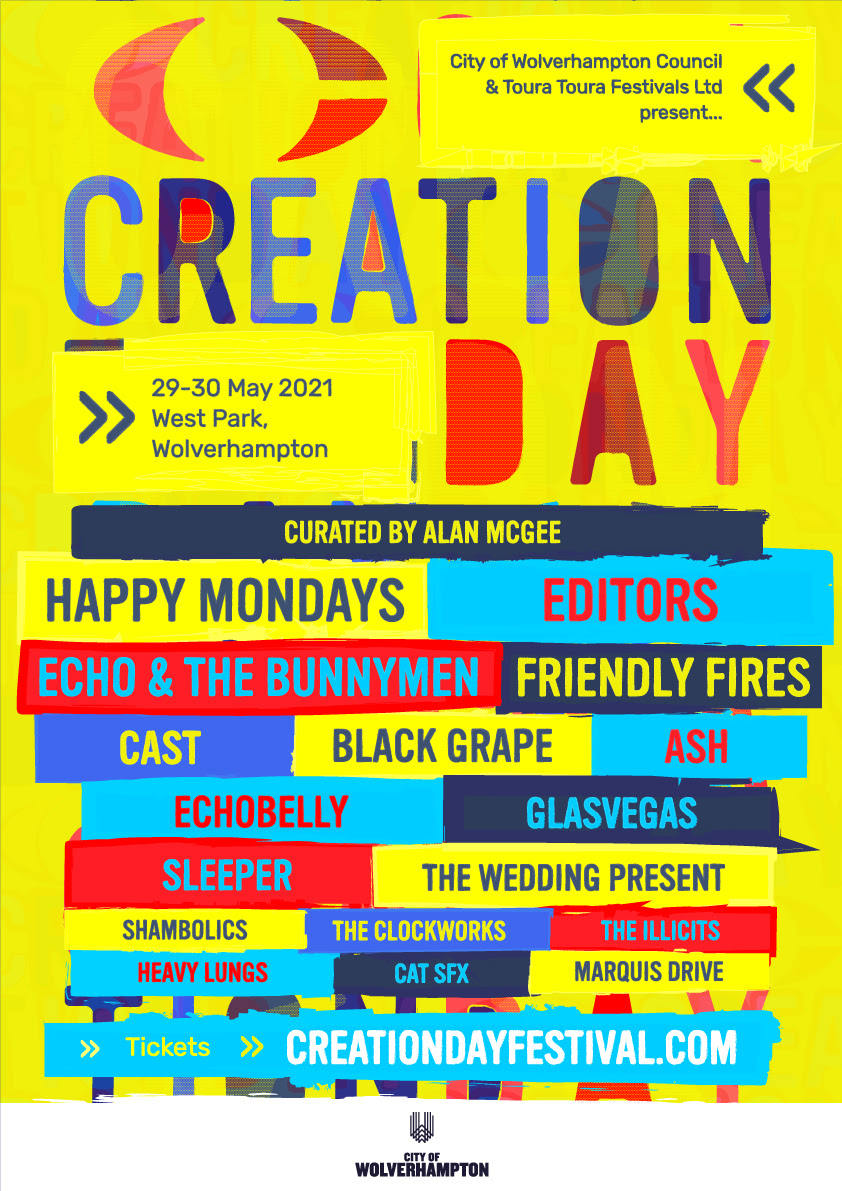 Alan McGee Announces a Monthly Series of New Releases From His Creation23 Label
The Clockworks release nostalgic video for third single ‘The Future Is Not What It Was’
Mike The Pies cover of 'Lean On Me’ reaches €5,000 target
'Alan is our hero' - Galway band managed by former Oasis boss Alan McGee release first single
Alan McGee Prepares To Take Ireland by Storm!
Liam Gallagher Takes To Instagram To Tease New Music
We use cookies to ensure you get the best experience on our web site - by using this web site you consent to our use of cookies. Read more »