‘Almost Everything… is set for release on Friday, September 23rd via Claddagh Records.

The announcement was celebrated by the creation of a large-scale portrait of Patrick Kavanagh by sand artist Sean Corcoran on Sandymount Beach in Dublin.

The Monaghan native's best-known works include the novel Tarry Flynn, and the poems 'On Raglan Road' and 'The Great Hunger'. Having died aged 63 in Dublin in 1967, he's largely still known for his accounts of Irish life through reference to the everyday and commonplace.

The tracks on this record were recorded by producer extraordinaire, songwriter and mix engineer for Faction Records, Cormac Butler. The Dublin-based talent has an extensive and wide-ranging discography from All Tvvins to James Vincent McMorrow to Sorcha Richardson to The Academic to Gavin James and The Coronas.

The physical formats of this album include a booklet containing all the poetry one will hear on the album. 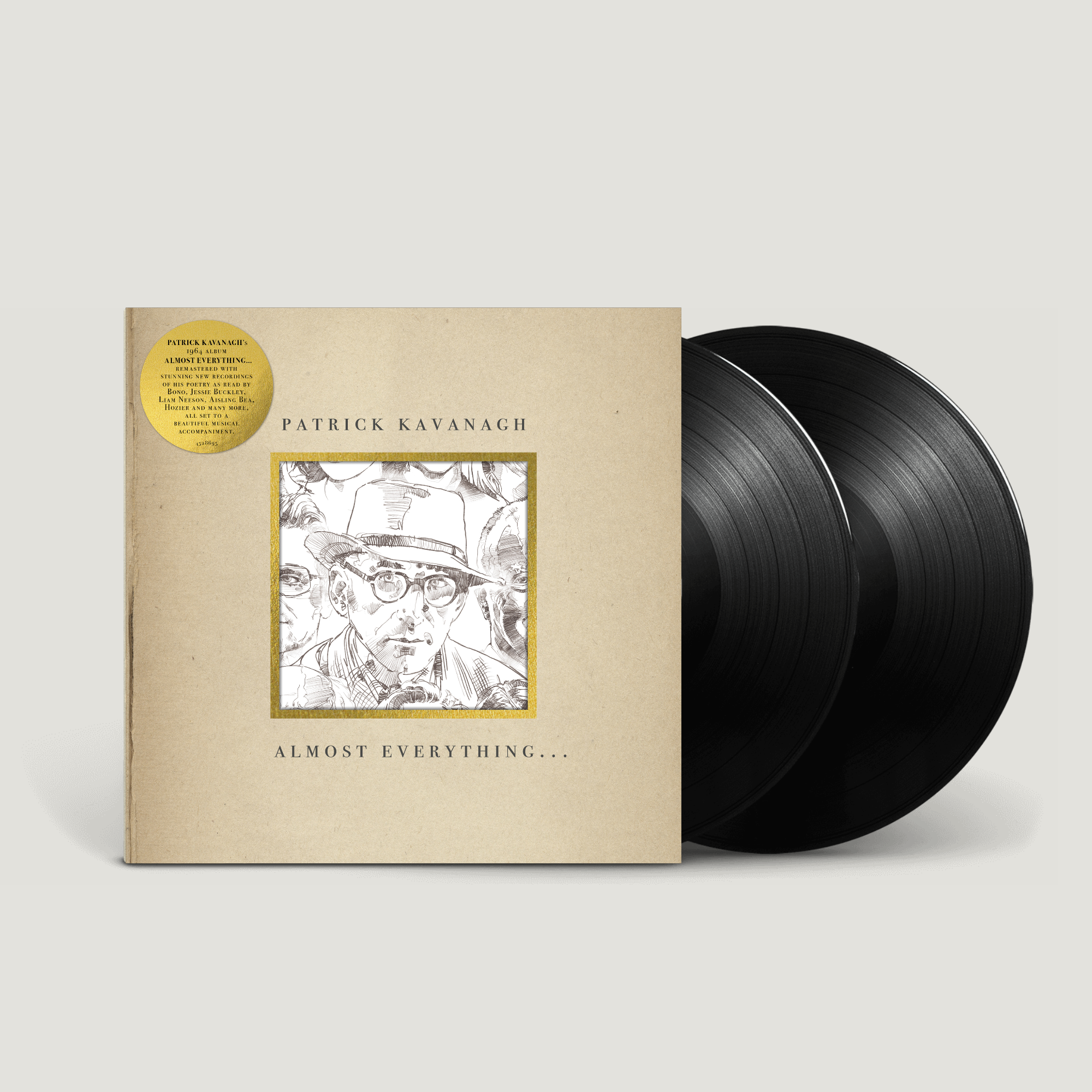 The vinyl format of this release contains two unique vinyl sleeves. The first hosts a printed collage of sketches of all the celebrated readers around Patrick Kavanagh, with Kavanagh himself visible through the gold-foil cut-out square on the cover itself. The second vinyl sleeve is an exact replica of the original 1963 release.

Patrick Kavanagh: Almost Everything… will be released on Friday, 23rd September on Claddagh Records. It is available to pre-order now from CladdaghRecords.com.

Bronagh Gallagher, Aidan Gillen, Camille O'Sullivan and more to share their record collections with the world in Pat O'Mahony's new radio series
Patrick Kavanagh Almost Everything… lands No. 1 spot in Irish Compilation Charts
On this day in 1979: The Radiators released Ghostown