The West Belfast trio did not disappoint in a riotous appearance for their long-awaited 3Olympia show.

Barely three hours before Kneecap took to the stage at Dublin's 3Olympia on Tuesday night, the government announced the reintroduction of a night life curfew. There was an air of determination about the crowd to enjoy the night; as if it was going to be the last night out for a while.

Support acts Scruffy and Selló did a fine job of hyping the crowd into fine rowdy form. Someone in the stalls then got the place going with a few rousing verses of 'The Fields of Athenry', and by the time the lights went down the chants of "KNEECAP, KNEECAP" were shaking the rafters. The mood was riotous from the jump, and it stayed that way throughout. Small wonder given this show was rescheduled from over a year ago, and announced long before lockdown.

The boys from West Belfast didn't disappoint. Storming onstage with their bottles of Buckie held high, they launched straight into 'Amach Anocht' while the crowd exploded straight into dancing. "Isn't it good to be back in a room full of sweaty cunts," shouted Mo Chara at one point. Despite the rising Covid cases and the looming new restrictions, he was dead right.

There was also a very special guest in the box right by the left of the stage - Móglaí Bap's 90 year old Nana. The spirited relative got the loudest cheer of the night, bowing and waving to the crowd. Unsurprisingly, Móglaí took an impressive running jump to hang from the side of the box and give her a kiss. We doubt the security team even minded, the moment was just that wholesome. 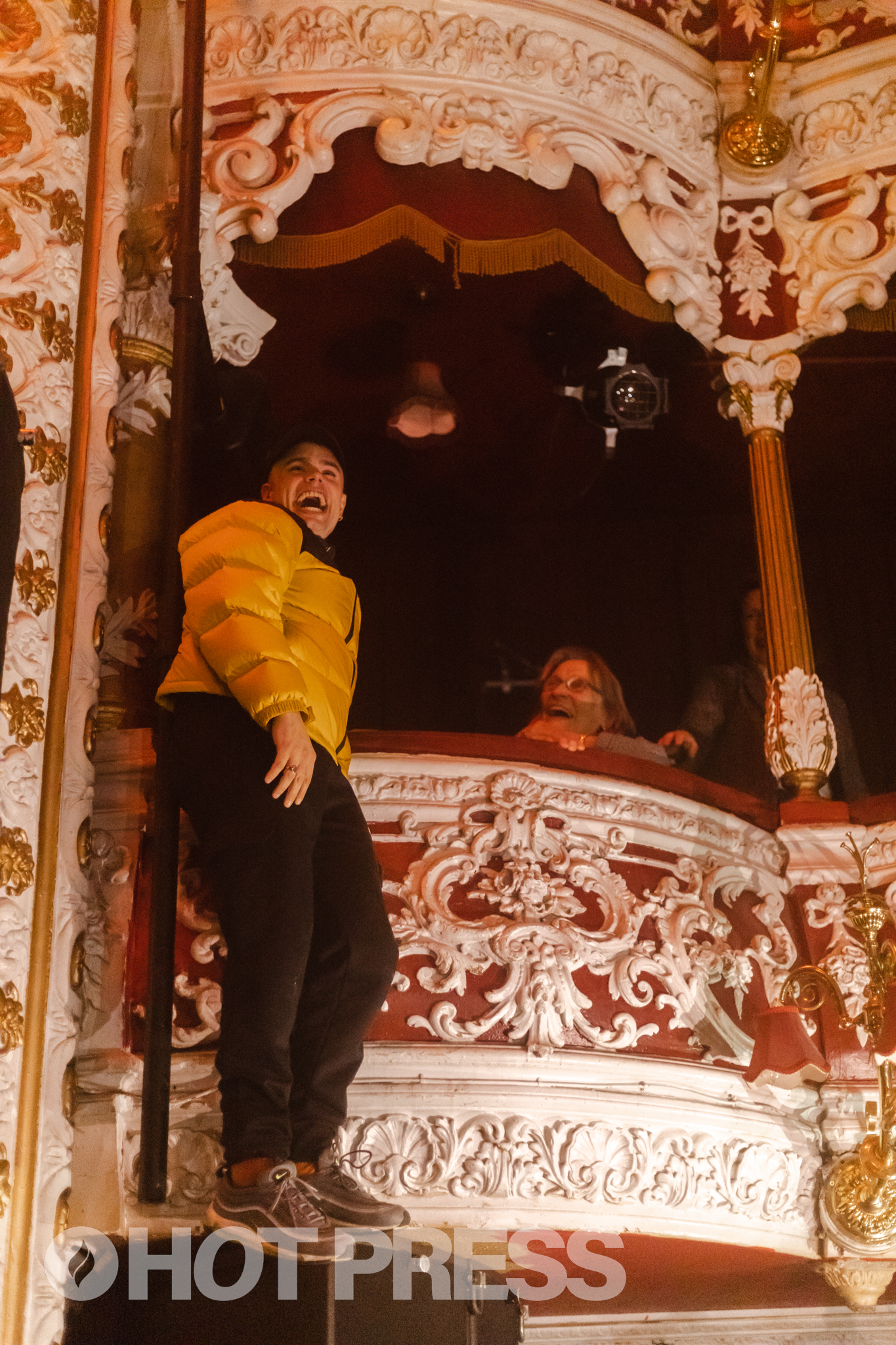 The trio set a relentless pace through the gig with the crowd returning boundless energy right back to the boys. Some obvious fan favourites were 'Incognito', 'Bouncers' and, of course, 'Get Your Brits Out'. They attempted to wrap things up with 'C.E.A.R.T.A' as their last song before breaking out 'H.O.O.D' as an encore, and then finally a reprise of 'Get Your Brits Out'. There's few acts either side of the border who could match Kneecap for sheer energy and charisma. If this be one the last gig for a while thanks to the returning Covid restrictions, it was definitely one for the books.