We know that Denise Chaila has the musical chops and the lyrical flow. But a brilliant show at 3Olympia underlined her supreme talents as a performer.

It finally happened. After a long pandemic, during which her popularity blew up all across the country, Denise Chaila played her biggest headline show to date at the nation's capital.

If you want to know just how big she's got over the last two years, you could look at the type of crowd walking into 3Olympia Theatre on Friday night: people from their 20s to their 60s – and some definitely still in primary school (there was an adorable moment when a bespectacled kid likely no older than nine belted back the chorus to 'Anseo' a couple of rows behind me). It's inspiring how much her star power has grown – from playing much smaller shows back in Limerick pre-2020 to this.

When the music started, it was made evident straight away exactly why her audience continues to grow. As with her appearance at the pilot music festival in Kilmainham back in July, Denise delivered a blistering set full of great songs; she engaged with the crowd like a veteran performer when she is anything but, highlighting why there's been such a fuss about her. Without a doubt, she is one of Ireland's best performing talents right now. 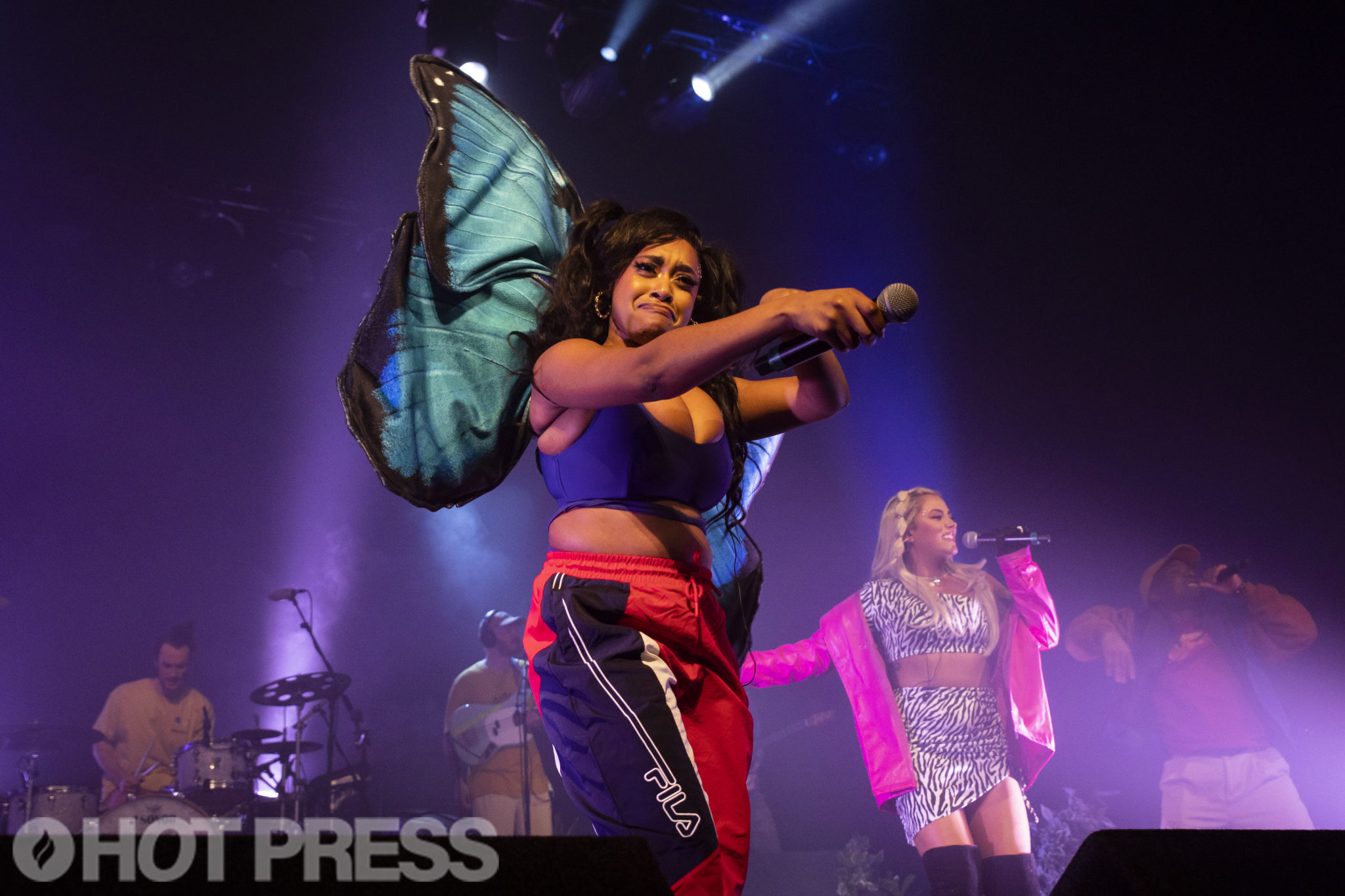 She opened with songs like 'Copper Bullet' and 'Down': one of the most fun aspects of the first half of the show was that it felt like every song was a step up from the last. When she talked to the audience, it felt much more than your typical 'crowd banter'. She was honest, revealing, and had things of substance to say.

She delved into her 2021 EP It's a Mixtape for 'Might Be', and it felt like the room might combust with the energy created. Similarly, 'RiRa' kept the momentum going.

After two more great performances – 'Energy' and 'All That Jazz' were both excellent – one of the most powerful moments of the night occurred, with a rendition of one of her first songs, 'Duel Citizenship'. A meditation on her experience of being Zambian and Irish – and being far too frequently asked, "where are you from originally?" – it was delivered without any accompaniment, as a pure spoken word experience. Bar a few bits of cheering or applause after certain lines, the entire theatre went completely silent – except for the occasional hum from the outside world when a door would open. It was a truly magnetic moment.

We then got into the second part of the show, where the hits were delivered aplenty. She went straight into one of her best songs, 'Anseo', for which she brought out Jafaris. One of the most inspiring things about her approach is that she wants all of her collaborators and friends to share in her success as well, so Jafaris just one of many special guests who stepped into the limelight. Likely referencing the '061' music video, at one stage Denise performed with a sword, which was just plain cool. It was the first song to get the seated sections up and dancing.

The tunes kept coming. 'Man Like Me' and the joyful 'Out the Gaff' kept the energetic vibes flowing and we reached combustible territory again when '061' started. After an excellent rendition of that marvellously catchy single, it was evident just how touched Denise was by the massive reaction . She noted that she saw "people in this room who I've known since I was 11" – as well as revealing that the first time she was ever at The Olympia was to see Stormzy.

She performed 'Return of the King' (complete with the Kanye-George Bush sample that unfortunately got left off It's a Mixtape), and an exciting new song that featured a remarkable beat change, that sent waves of excitement through the audience

This was even before she played her biggest hit to date, the brilliant 'Chaila' started. On the night it was just... massive.

I wrote in my live report from the pilot festival in Kilmainham back in July, that Denise Chaila clearly has top-billing potential. Well, it's a pleasure to report that she has now realised this. 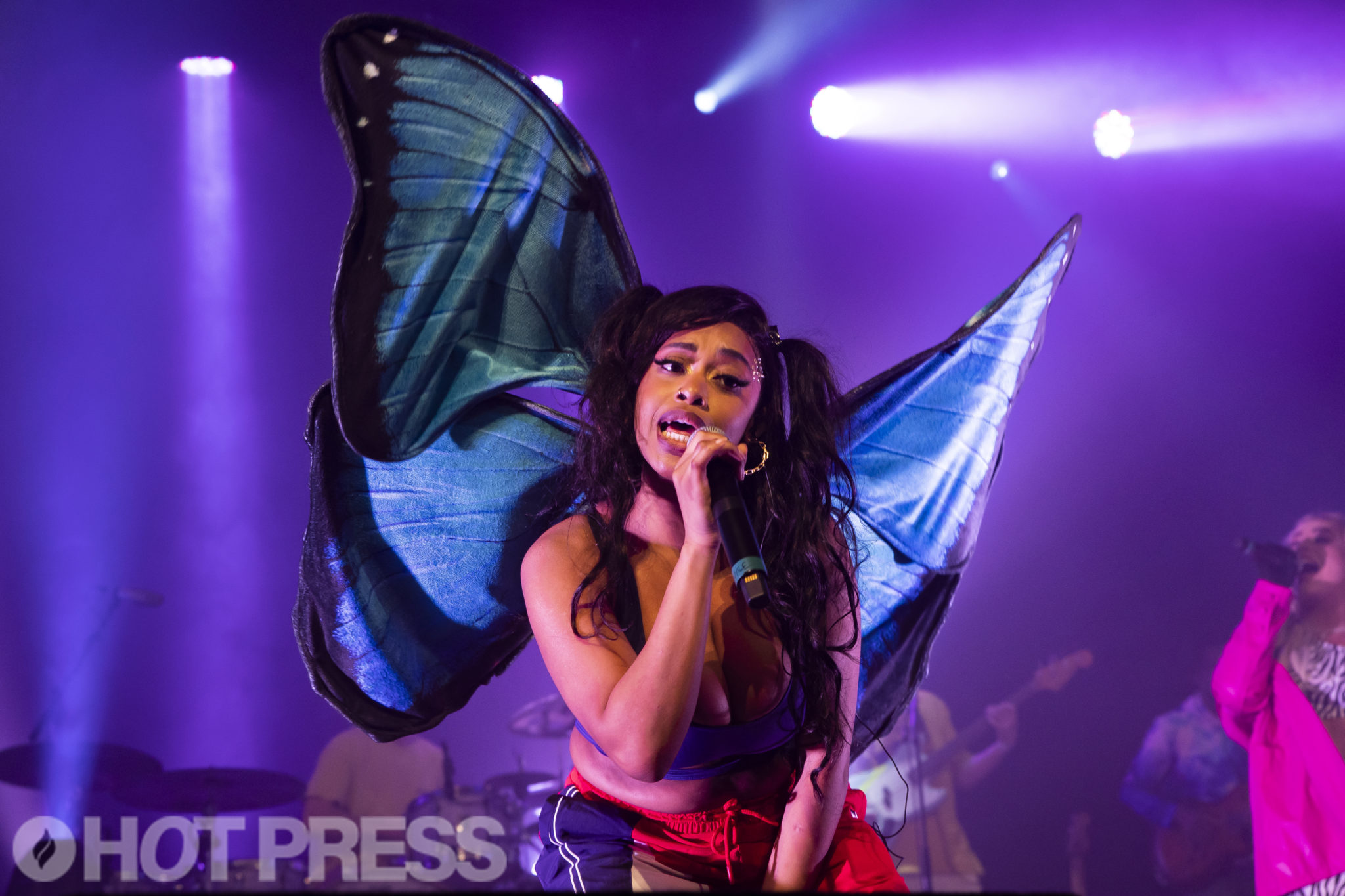