"Life is a movie. so is this album," the rapper said about the new partnership.

With many cross-industry collaborations under his belt, including Dior, Fortnite, and McDonald's, Travis Scott adds another to the list: a production deal with cult film company A24.

The partnership was revealed on Instagram in a teaser photo of a redacted script posted by A24, Scott, and Scott's production company Cactus Jack. Although most of the title is blacked out, A representative of Scott has confirmed to Variety that the project will be titled Utopia and is supposedly aligned with Scott's next album. 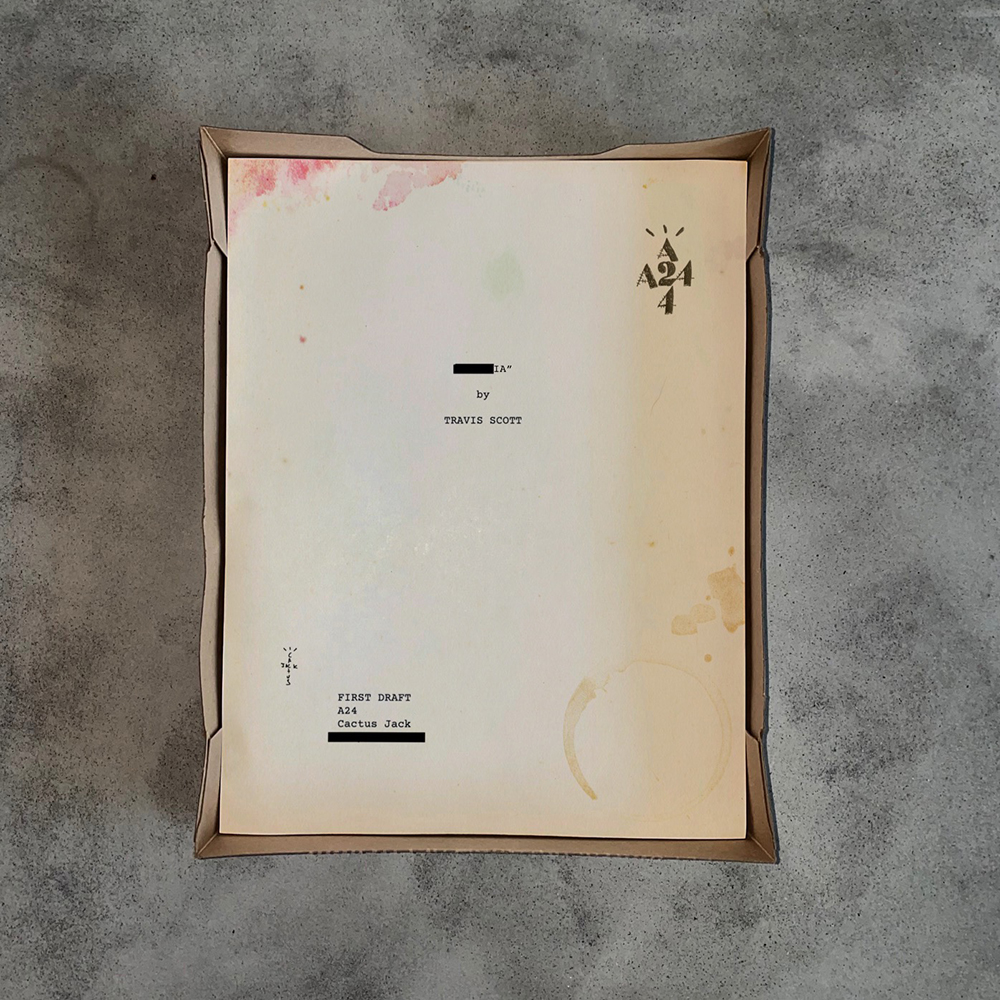 This upcoming fourth album will follow his smash hit, Astroworld. The rapper revealed earlier this year that "I’m totally working on an album — I definitely care more about making albums than just dropping songs. I like dropping songs as much as I wanna drop them, but I love albums — I grew up on them.”

Scott recently premiered a new song at the Rolling Loud Miami festival in July. During the performance, Scott projected a QR code into the sky over the stadium using drones that led to a pre-save link to the single, release date unknown. The drones also outlined the giant green logo of Cactus Jack during the show.

The rapper also guested on track 'Praise God' on Kanye's forthcoming, delayed album Donda, which premiered at a listening event in Atlanta on July 22.

A24 has received 25 Academy Award nominations and their roster includes films like Uncut Gems, Hereditary, Moonlight, Lady Bird, and more recently, Zola, a film based on a viral, 148-tweet twitter thread.