"My entire mission statement for this project is that it gives as honest a look into the life and struggles of myself and by extension young people as a wider group," Local Boy said about his upcoming LP. "I feel every step of the creative process is one where this honesty can be displayed and if not handled correctly, lost."

Dublin singer, producer, and co-founder of the musical collective Burner Records Local Boy has shared a new track from his forthcoming debut album Local Boy Climbs the Ladder - out tomorrow.

The album is the culmination of a trilogy of releases, which started with his 2019 EP Local Boy Ruins Everything, and aims to give insight into Local Boy's day-to-day life. Each of the ten tracks, all carefully crafted over the past year, serves as a candid exploration of the issues he and his generation face.

"Can't accept when I don't have the answers, need control when my life's moving faster. I practise rituals to make it make more sense to me, feeling miserable and acting so insensibly," Local Boy announces in the powerful opening line of 'Control'. Track three on the album talks about the cathartic power of letting go when life forces you to cling to a perceived sense of control, and diverges from the artist's usual soulful bedroom pop, drawing on the post punk sound that has come to define the Dublin scene in recent years.

Local Boy is joined on 'Control' by the up-and-coming Drogheda rock artist hotgirl, with whom he has been working extensively, playing bass in her live band and recording and mixing her unreleased debut EP. Hotgirl aka Ashley said that she "immediately resonated with the sentiments of the lyrics (as I’m sure many other listeners will!) so it was a therapeutic experience adding my own perspective to it.

"Realising that we have to accept defeat sometimes and just let go is a hard pill to swallow for many twenty somethings growing into adulthood and to me that also means having to accept that we can’t be our young, carefree selves all the time anymore. Jake’s ability to turn this not so fun subject into an easily digestible and incredibly enjoyable listen is what makes this song special and it’s exciting to get to be apart of it," she said.

The second collaboration of the album on 'Stability' is with Dublin electronic artist Boyfrens. 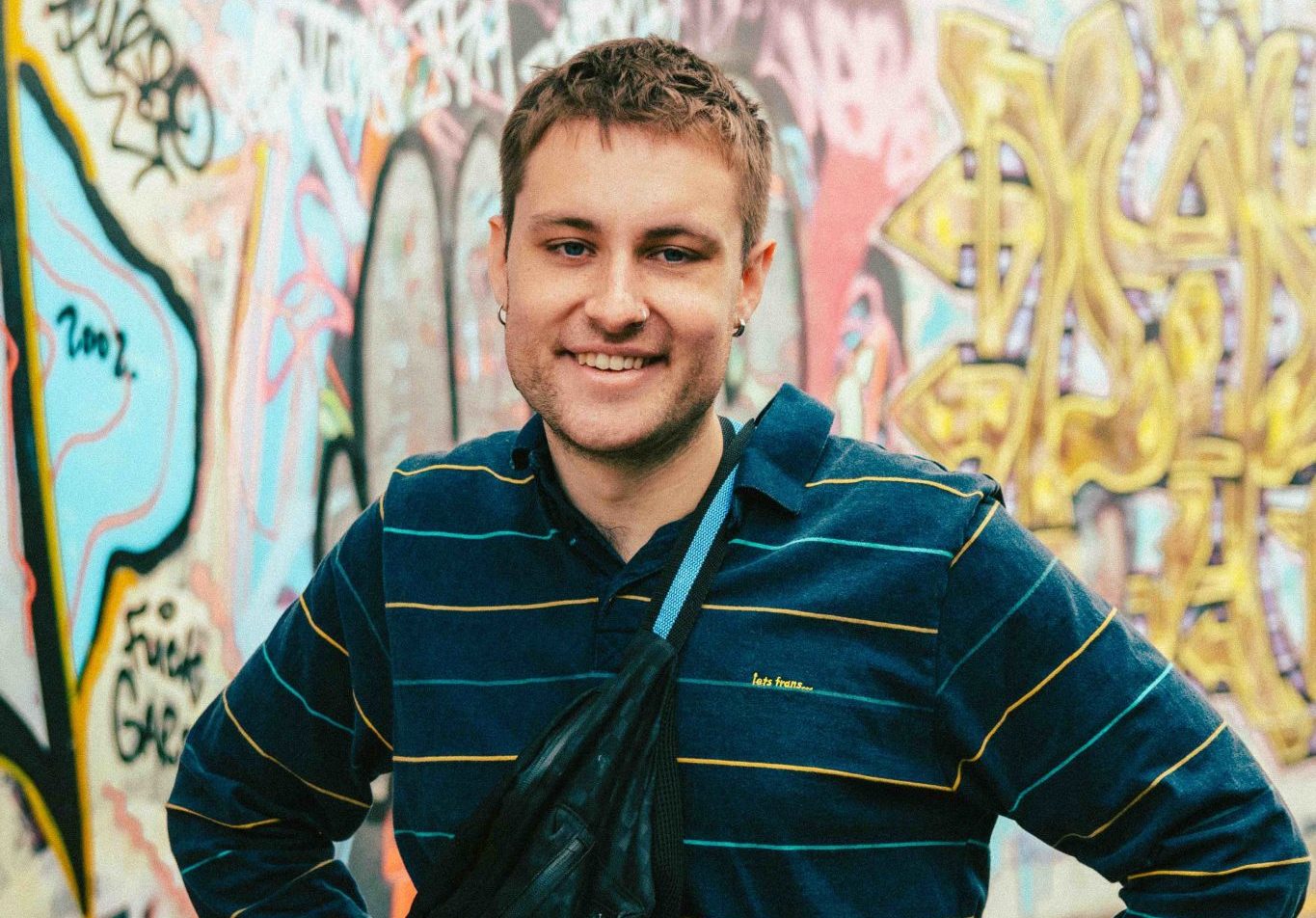 Jake Hurley aka Local Boy skillfully crafted Local Boy Climbs the Ladder, handling all writing, production, recording, mixing and mastering duties for the project. This, he said, makes the music as authentic as possible and is the key to the success of the Local Boy project.

He shared the tracklist on Twitter, writing: "There’s several songs about how living in Dublin is somewhat unpleasant at the moment, and several others about dancing and / or having a blast! Hope you all enjoy!"

My Debut album out on Friday on all the big streaming platforms!

There’s several songs about how living in Dublin is somewhat unpleasant at the moment, and several others about dancing and / or having a blast!

Hope you all enjoy! pic.twitter.com/Mi5Pmijqas

"I just can’t relinquish control on this project to another creative voice in the mixing or mastering stage," Local Boy explained. "My entire mission statement for this project is that it gives as honest a look into the life and struggles of myself and by extension young people as a wider group. I feel every step of the creative process is one where this honesty can be displayed and if not handled correctly, lost.

"This release feels like closing the page on the book I started back in 2019,” the Dubliner continued. “I really want it to feel like an exciting moment in my discography because it’s the final appearance of Local Boy in his current form. I’m not settled on my next steps in music right now but I know it’s going to be something of a reinvention of the character I’ve built over the past several years.

"This project has been the centrepiece of my life over the past several years, it’s landed me international gigs, a publishing deal, and got me through a global pandemic. So I really wanted to do the Local Boy character justice and close out the trilogy in a way that builds from the previous two releases," he said. 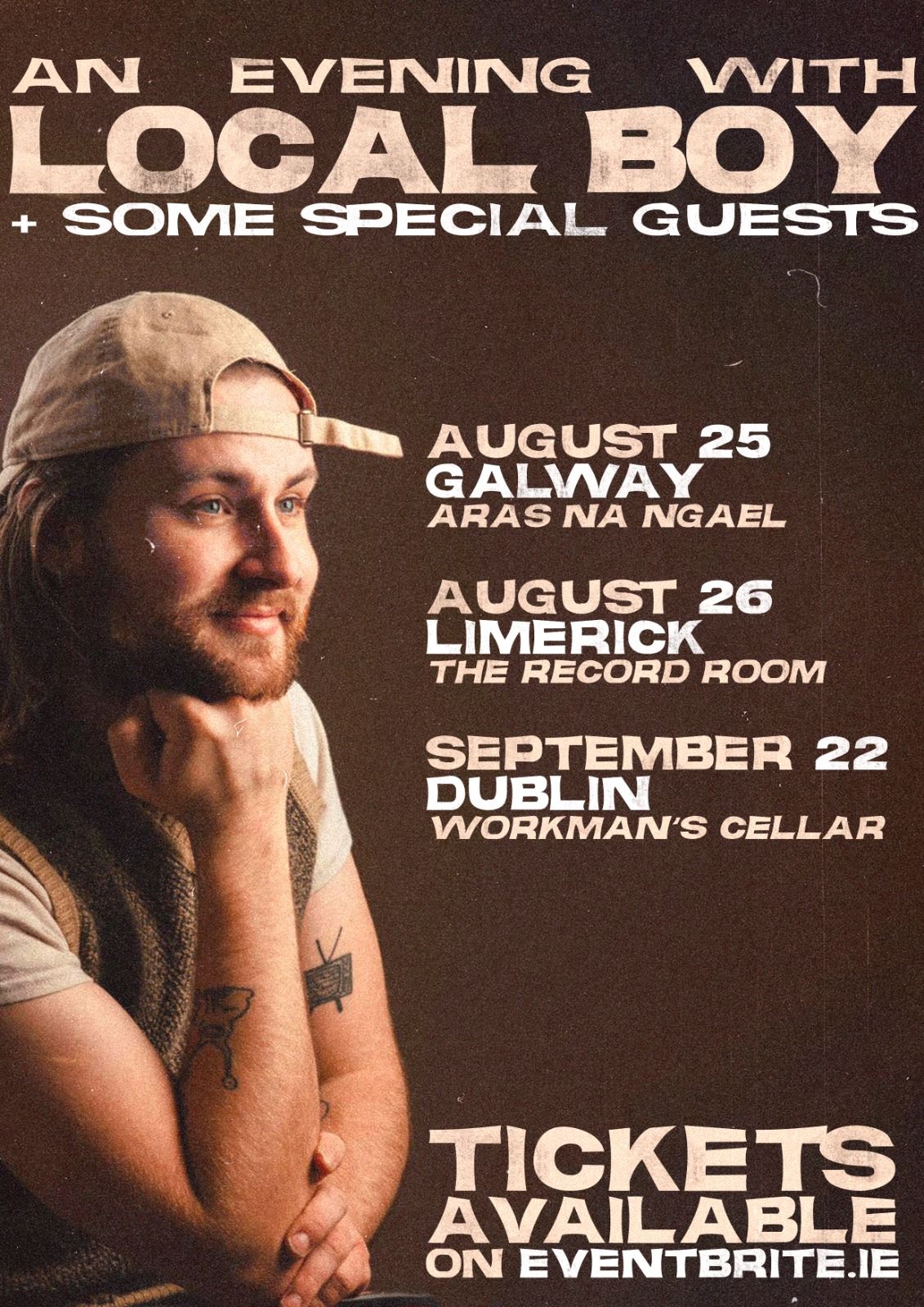 Local Boy is set to play Workman's Cellar in Dublin on September 22.

Local Boy Climbs the Ladder also features opening track 'Tax Heaven', which is "a critique of the hopelessness endemic amongst young people in Ireland faced with a housing market that is hostile to their needs", as well as 'Panopticon', a song that deals with Local Boy’s frustrations with the pervasive encroachment of technology and social media into every aspect of modern life.

Listen to 'Control' by Local Boy below.