The Irish singers merged talents on an electronica-infused remix of Kelly’s track as the final instalment of her alternative album.

From the original featherlight strumming of ‘eight hours’ to this electronica-infused track, Kelly and McMorrow’s layered, supple vocals, stomping drums and gritty synths move the track into a fresh new soundscape.

“When thinking about these alternative versions, I really wanted to explore a remix. I think James’ work is incredible, and I’ve admired his writing/production for a long time so I am pinching myself that he has actually agreed to do this! Hearing ‘eight hours’ in this disco-house universe he’s created is a lot of fun (well, a dancing-while-crying kind of fun) and I can’t wait for people to hear it,” says Kelly of the remix. 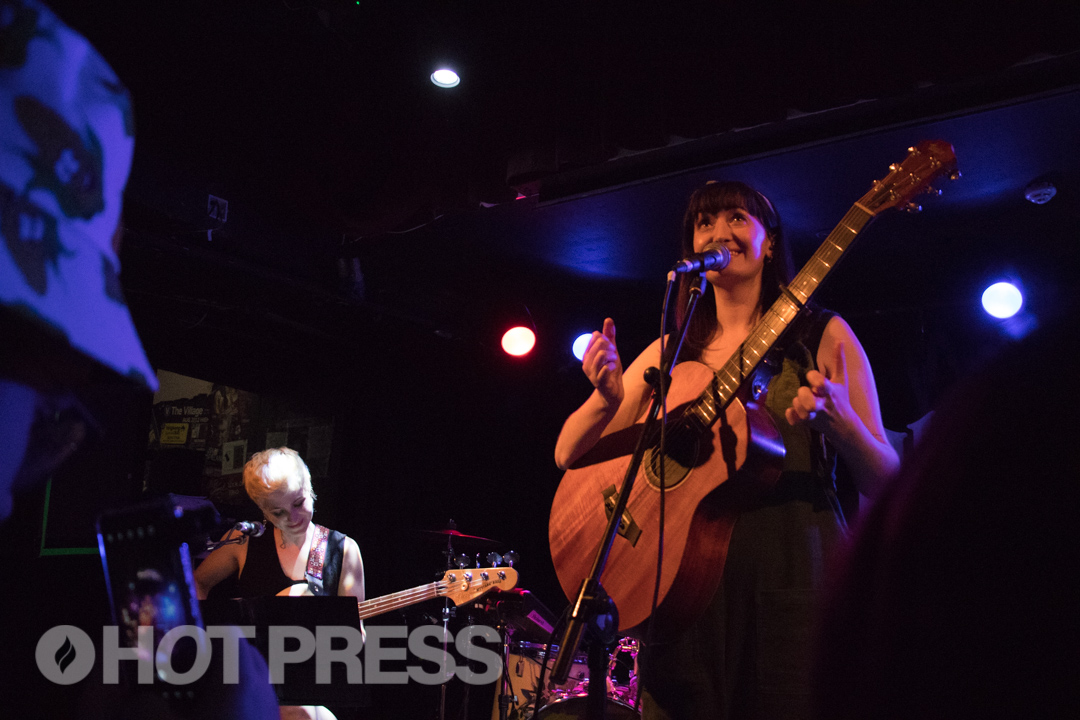 While typing up Postcards In-between, which featured artists Sammy Copley, Paul Noonan and Ciaran Lavery, Kelly is also coming down from a sky-high summer spent supporting Orla Gartland and performing at All Together Now.

The rising Irish talent is now moving forward with finishing up her sophomore album, due for release next year.