Aonair: "She literally has a loveheart birthmark on her arm"
Aonair. Credit Alison Kenny.

Heart-shaped birthmarks are a symbol of universal love – and the inspiration for Aonair’s new EP Loveheart Birthmark.

“The name of the EP is about the person I'm singing about. She literally has a loveheart birthmark on her arm,” the emerging indie-pop artist revealed ahead of his latest release. The EP is a collection of 80s power pop anthems about letting go of emotions that no longer serve you and was written during the pandemic, which turned out to be a transitionary period for the Donegal native.

“There's stuff that I've said on this album, that I've never said to anyone or never even admitted to myself. It wasn't easy to do but I think because it was in isolation, I was able to be really honest with myself,” Aonair explained, adding that writing music helped him process an old and toxic relationship. “I didn't know that I was carrying it around so much until I was alone in Donegal, locked in a house. It was my way of processing it and giving it its final moment,” he smiled.

Inspired by 80s bands such as Tears for Fears, The Blue Nile and This Mortal Coil and combining intricate songwriting with lush and layered harmonies, throwback synths and epic production, Loveheart Birthmark is the singer-songwriter’s most mature project to date. 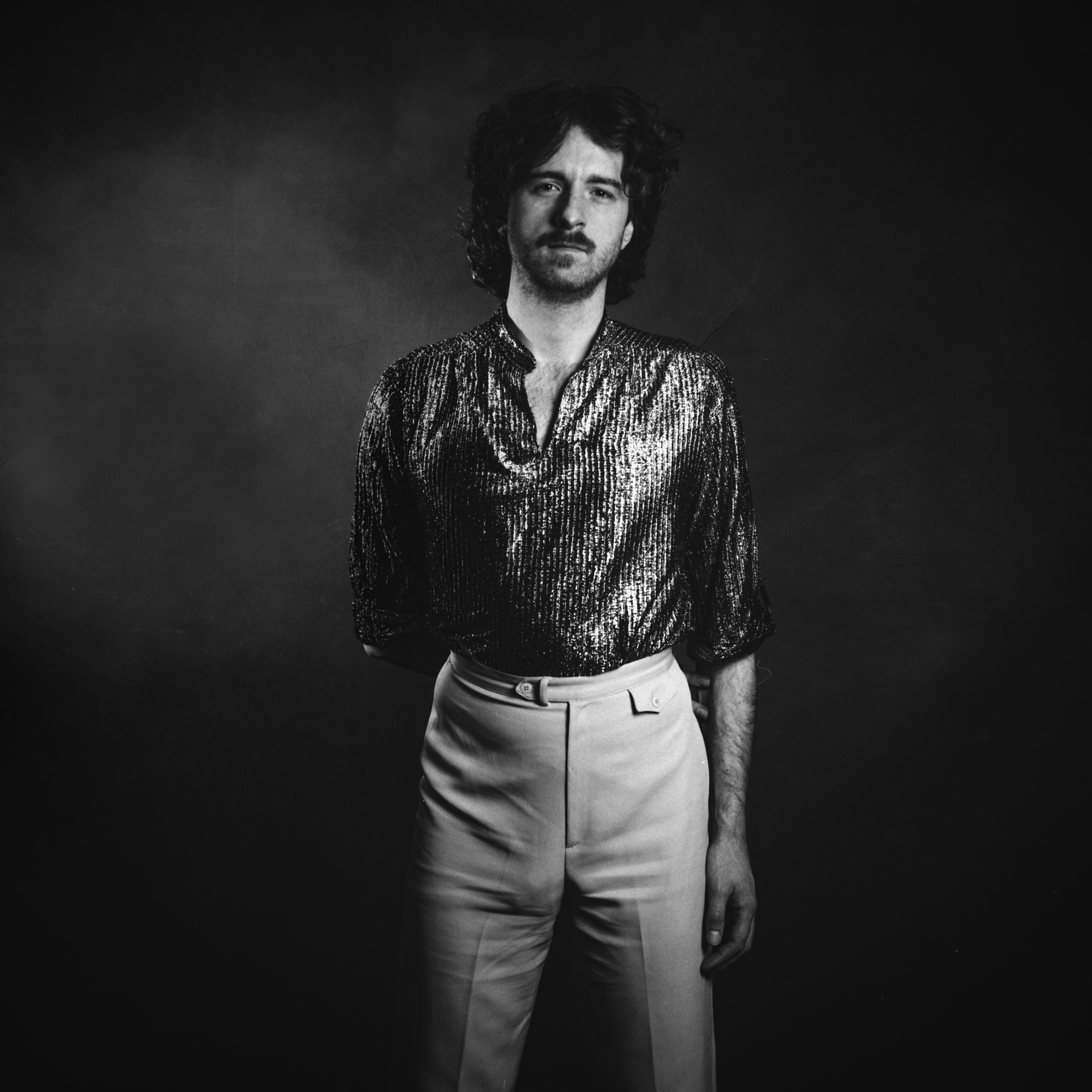 The singer, who is originally from Letterkenny, Co. Donegal produced the majority of the EP at his grandfather’s house in the coastal town of Rathmullan over the last two years.

“I was living in Dublin at the time and I was like, ‘I don't really want to sit here and be stuck in five kilometres of other houses and nothing else around’. So I sneaked off down to Donegal to this house and I lived there totally alone in a village of about a hundred people,” he said. For lack of a real studio, he used his grandfather's homemade ironing boards as keyboard stands and his grandmother's knitted blankets for soundproofing.

“That's the way that I like to work, totally throw yourself into something and fully immerse yourself in it. I think that's the best way to do anything,” the alt-pop artist said, with a grin.

The EP is definitely extra, Aonair continued, “I didn't hold anything back. Some of the tracks have 140 different tracks on them. Every synth sound has got like three or four different synth sounds buried in it as well - it's maximalist! The whole idea behind that was to have this really dense, immersive audio experience when you listen to it.”

Electronic synthesisers and drum machines are associated with 80s music, but the musician also lauded the “fundamentally incredible songwriting” of the era, having studied Songwriting at BIMM Institute in Dublin himself.

“It's kind of the emergence of pop music, which wasn't disco and it wasn't rock and roll - everything was coming together,” he said. It was that wild world of experimentation and artists like Prince that inspired Aonair to take the leap and to create something “flashy, extravagant and glamorous” himself, despite feeling a bit apprehensive at first.

“I loved doing it because it was so over the top,” the singer said. “But everyone who knows me knows that's just what I’m like, so I think it's fitting.”

Not just his music but his clothing style, too, is 80s inspired. According to Aonair, he used to be more conservatively dressed but now incorporates colour and texture into his outfits to express himself. “That has been the journey for me during lockdown and during this EP. I think I wasn't scared of what people thought so much,” he revealed. “I grew my hair long and it was just easier to embrace yourself, because there was no social pressure.”

Growing up in Donegal, the singer-songwriter didn’t always have it easy. “It's the most conservative part of the country. They vote no and literally everything,” he said, adding that the pandemic was the “final shedding” of his conservative upbringing.

“If you had long hair, people would say to you, ‘What’s wrong? Are you gay, or are you a woman?’ That's the level of what they would say.

“I remember one time actually, not even that long ago... I don't even know what I was wearing, but it wasn't anything outlandish at all. And some guy just walked over to me in a little bar and was like, 'Are you taking the piss?'

“Ultimately, and maybe this is my coping mechanism or maybe this is the truth, but I think people are really afraid to stand out there,” he continued. “When no one does it so much, it's a much bigger deal. When you do it, you're exuding this confidence, and that you don't care what people think. And I think that upsets a lot of people because they want to feel that way.” 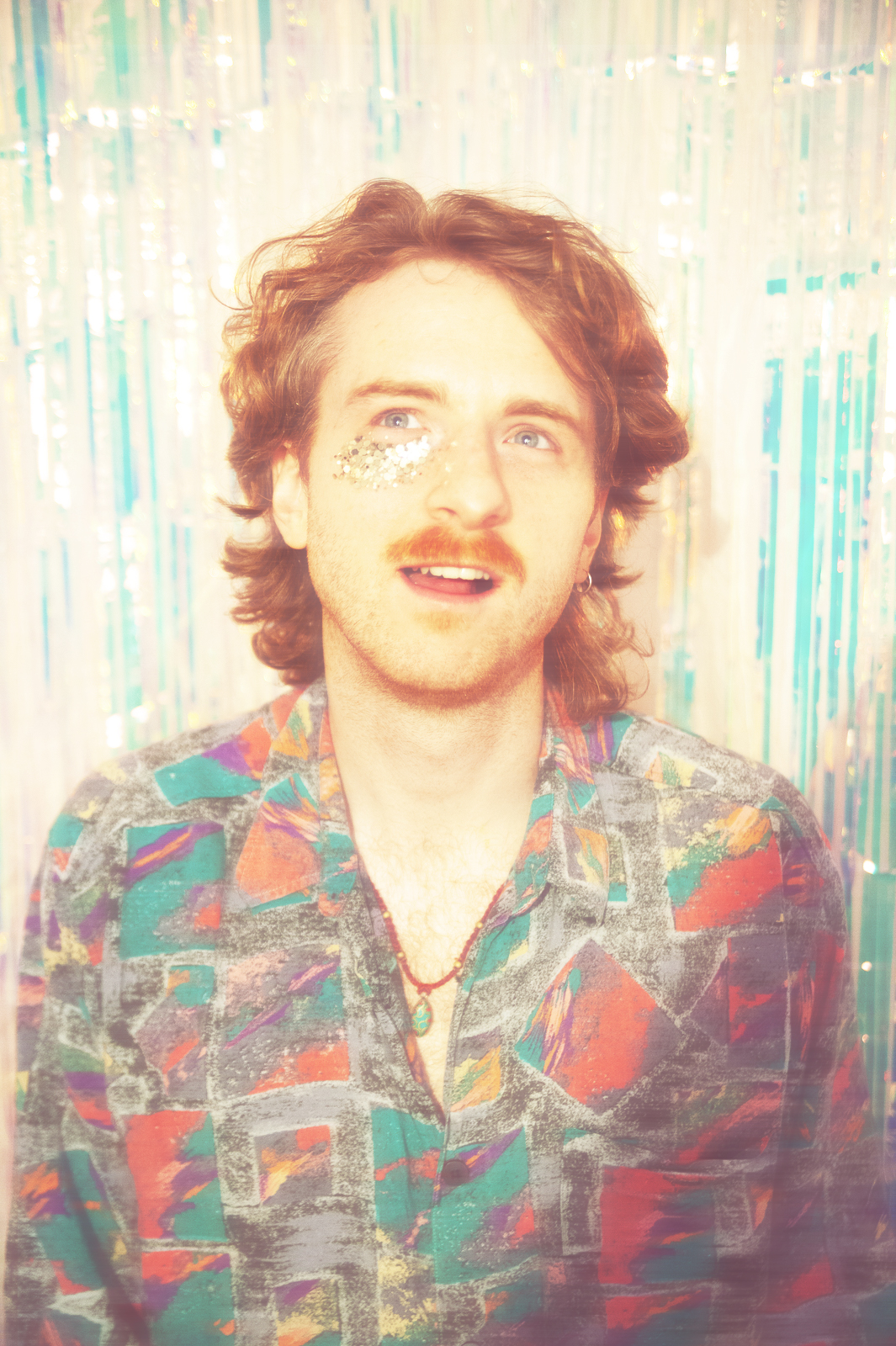 Following the release of Aonair’s debut EP Girls Girls Girls in 2016 and 2018s Surfs Up EP, as well as a handful of anthemic indie-pop singles over the last few years, Loveheart Birthmark really shows off his skills as a producer and stunningly honest songwriter.

“Problem is, when you have a lot of songwriter friends, especially songwriter friends that go out with each other and then break up with one another, then you start seeing the likes of music that comes out of that,” Aonair joked. “You write some really good stuff when you're hurt, so they’re not going to be in the best light.”

However, this collection of songs is more focused on his own experiences, rather than the other person. “I hadn't talked to her in years. When I was in the middle of doing this, I reached out to her and told her that this was going on,” Aonair explained, saying he didn’t want to go behind anyone’s back. “I did a big ‘I forgive you’, because I was obviously experiencing a lot when I was writing this EP. She was like, ‘I wanted to hear that for years’ so it was actually really beautiful. Now we talk the very odd time.”

Ahead of more music set to be released next year (potentially even an album!) and planned writing sessions in the US, there is one more event that shouldn’t be missed. Aonair is gearing up for his headline show in Whelan's (Upstairs) on October 13th, promoted by MCD Productions, which is bound to be a glamorous occasion.

“I’ve a six-piece band so I've got an extra large band for the show to be able to play it all the way it was done on the record, and lots of extra lights and very custom, very shiny outfits going on,” the singer enthused, adding that he cannot wait to play alongside amazing musicians.

“It's indulgent, it's showbizzy and it's extra, and shiny and glitzy. That's how it's gonna be,” he said, with a grin.

This summer alone has seen Aonair perform at Electric Picnic, Kaleidoscope, Stendhal and All Together Now, following shows at Dublin's Button Factory, Sin É and Other Voices (Dingle).

Get tickets to Aonair's headline show in Whelan's (Upstairs) on October 13th at 8pm here.

Listen to Loveheart Birthmark below.

Soft Cell to perform at St. Anne's Park with OMD and Heaven 17
Track of the Day: Aonair - 'There Ain't No Easy Way Out'
VIDEO PREMIERE: HamsandwicH share new video for upcoming single 'All My Blood'