Shels go to Europe: "The league table is put to one side as the women's team face Slovenian powerhouse"
Paul O'Mahony

There were some bleary eyes among the Shelbourne FC women’s squad as they arrived at Dublin airport for their 7am rendezvous with their teammates.

There were some bleary eyes among the Shelbourne FC women’s squad as they arrived at Dublin Airport for their 7am rendezvous with their teammates. Today, the Irish soccer champions 2021 flew out to Slovenia – via Vienna, Austria – to play the Slovenian national champions ŽNK Pomurje Beltinci in the Uefa Women’s Champions League semi-final qualifier on Thursday.

The club’s tour co-ordinator, Liam Ward, was ticking his list of arrivals to make sure no-one was missing and pushing a silver, wheelie flight case of jerseys and assorted gear. There was a palpable sense of excitement despite the early-start tiredness. Noel King did what Noel King does – surveying the scene with managerial majesty!

This airport assembly of some of the most talented women soccer players in Ireland has been in the making since last autumn, when Shelbourne won the national title on a dramatic final day to the season. 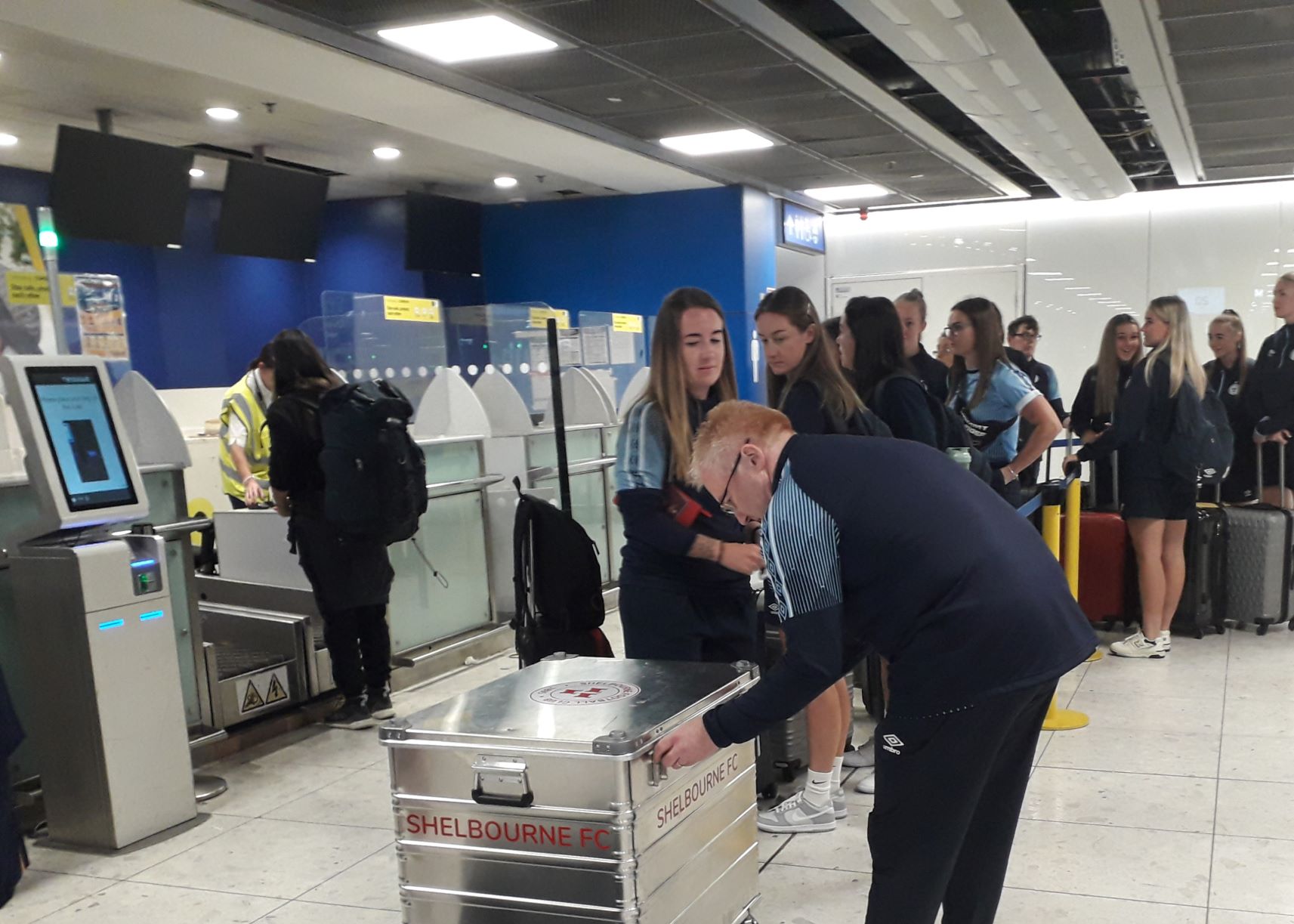 Even as season 2022 has progressed, Shels have brought three Americans into the squad to bolster their experience quota ahead of these European adventures. It’s an especially significant development, given that the Reds have lost several players to the UK and the US since winning the league title.

One of the new Americans, World Cup winner and Olympian, Heather O’Reilly, was in fine form, relishing the moment as she looks to fill one of the last gaps on her footballing CV: playing in the European Champions League. This ‘road trip’ is about team bonding, too, and gelling a squad that has been worryingly inconsistent – and haemorrhaging points in recent weeks as both Wexford Youths FC and Athlone Town FC hunt them down at the top of the table, in the process threatening another dramatic season finale on October 29th. 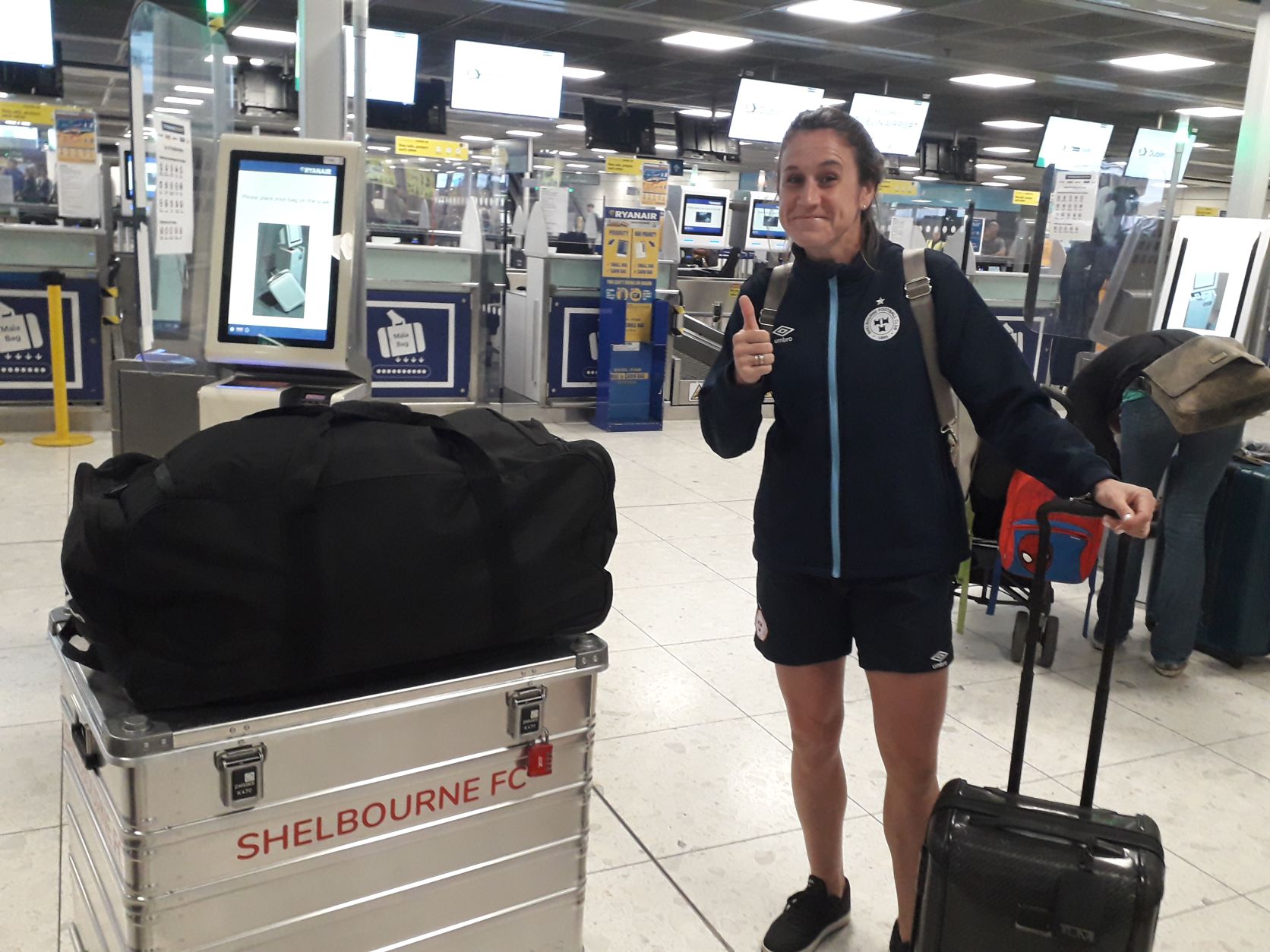 For now, the league table is put to one side as Shels face a Slovenian powerhouse with a formidable reputation. Can the Irish side do it? The match on Thursday is billed as a semi-final qualifier and, if Shelbourne win that, they will play a final qualifier on Sunday. Win that, and they are in the Uefa Women’s Champions League proper – and the dream will continue.

Whatever happens, this Shelbourne team are already a credit to the Women’s National League and we wish them all the best. Go, Reds!