Irish stars and designers made appearances at the 2022 Met Gala last night, dressing up for the theme “In America: An Anthology of Fashion.” The annual fundraiser hosted by Vogue’s Anna Wintour is held as one of the most exclusive nights in fashion.

Ireland sent out a few of its own to the 2022 Met Gala last night, among them Derry Girls and Bridgerton star Nicola Coughlan, Normal People actor Paul Mescal and Oscar-nominated actress Jessie Buckley.

With both of her series’ in the media spotlight, it’s no surprise that Galway-born Nicola Coughlan showed up on the Met steps acutely on theme, gilded and glamoured in a custom Richard Quinn gown adorned with Swarovski jewels accessories which complemented the gown's diamond embellishments.

The Irish starlet made light of her shock at being invited to the legendary fashion event, sharing a selfie video on her Instagram story with the caption, “Good at times like this to remember I used to work in a Spar.”

Nicola Coughlan jokes about the fact she 'used to work in Spar' as she shares video from inside the #MetGala 😂https://t.co/adOkeZ7Fd5 pic.twitter.com/zfBSRHT9u9

Normal People’s Paul Mescal seemed to steal the show (something he’s been managing a lot lately, remember the actor’s Coachella appearance?), reuniting with his co-star Daisy Edgar Jones on the carpet. With his Grammy-nominated girlfriend Phoebe Bridgers on his arm, Mescal sported a classic black suit and his recently acquired moustache.

Just a couple of normal people and a sparkling singer to boot ✨✨ @phoebe_bridgers, @mescal_paul, and @DaisyEdgarJones shine together on the #MetGala red carpet. pic.twitter.com/8iUDA2fGzj

Bridgers, a devoted admirer of both the Hulu series and the original novel by Irish writer Sally Rooney, joined Mescal and Jones as the trio posed for photos.

Killarney actress Jessie Buckley, meanwhile, accessorised a pinstripe Schiaparelli suit with her own hand-drawn moustache and a wide-brimmed hat.

An Irish designer was also featured at Fashion’s biggest event, thanks to New York’s own Sarah Jessica Parker. The Sex and the City leading lady wore a headpiece designed by Philip Treacy, an Irish couture fashion designer from Galway. 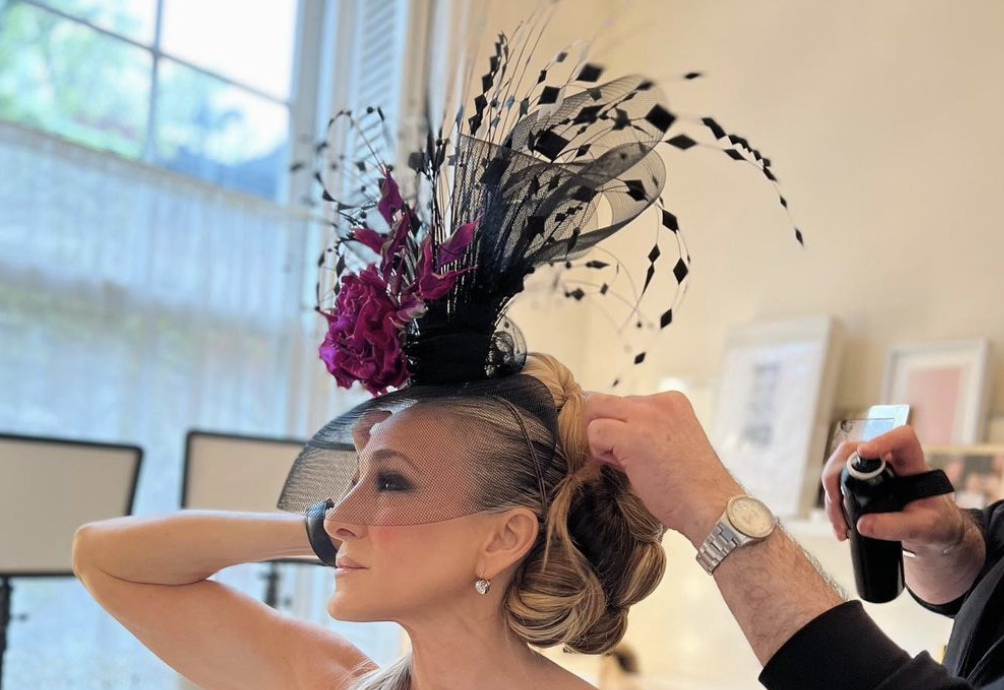 Treacy studied at NCAD before finishing his MA in Fashion Design in London. With renowned fashion shows featuring his collections, he has been offered collaborations with fashion designers such as Versace and Valentino and his pieces have been donned by celebrities from Lady Gaga to members of the Royal Family.

The headpiece, with its magenta flower petals embellished with black and white feathers, was a standout against Parker’s tonal gown (designed by Christopher John Rogers).