The festival film will raise awareness and funds for Jigsaw.

A new festival film called The Festival of Now, showcasing a variety of Ireland’s best musicians, poets and performers, will be available to stream this Saturday at 8pm. Featuring performances and interview pieces focused on the collective experience of the past year, and delving into the importance of music and art for our mental health, the film will also raise funds for youth mental health charity Jigsaw.

Jigsaw is the National Centre for youth mental health. They believe in an Ireland where every young person’s mental health is valued and supported, and offer a listening ear, giving advice and support to young people aged 12-25 years old. According to their recent research, the top 2 coping strategies for adolescents are enjoying music (54%) and friends (56%). While you’re enjoying some live music from some of Ireland’s best artists, we encourage you to donate what you can to Jigsaw – from the price of a pint to the price of a concert ticket, all funds will be gratefully received.

Over 20 different artists are performing and being interviewed for the film, ranging from well-known acts like Alex Gough, Blindboy, Jafaris, Pillow Queens and Gemma Dunleavy, to acts making their debuts, like Aby Coulibaly and Adam Mohammed. 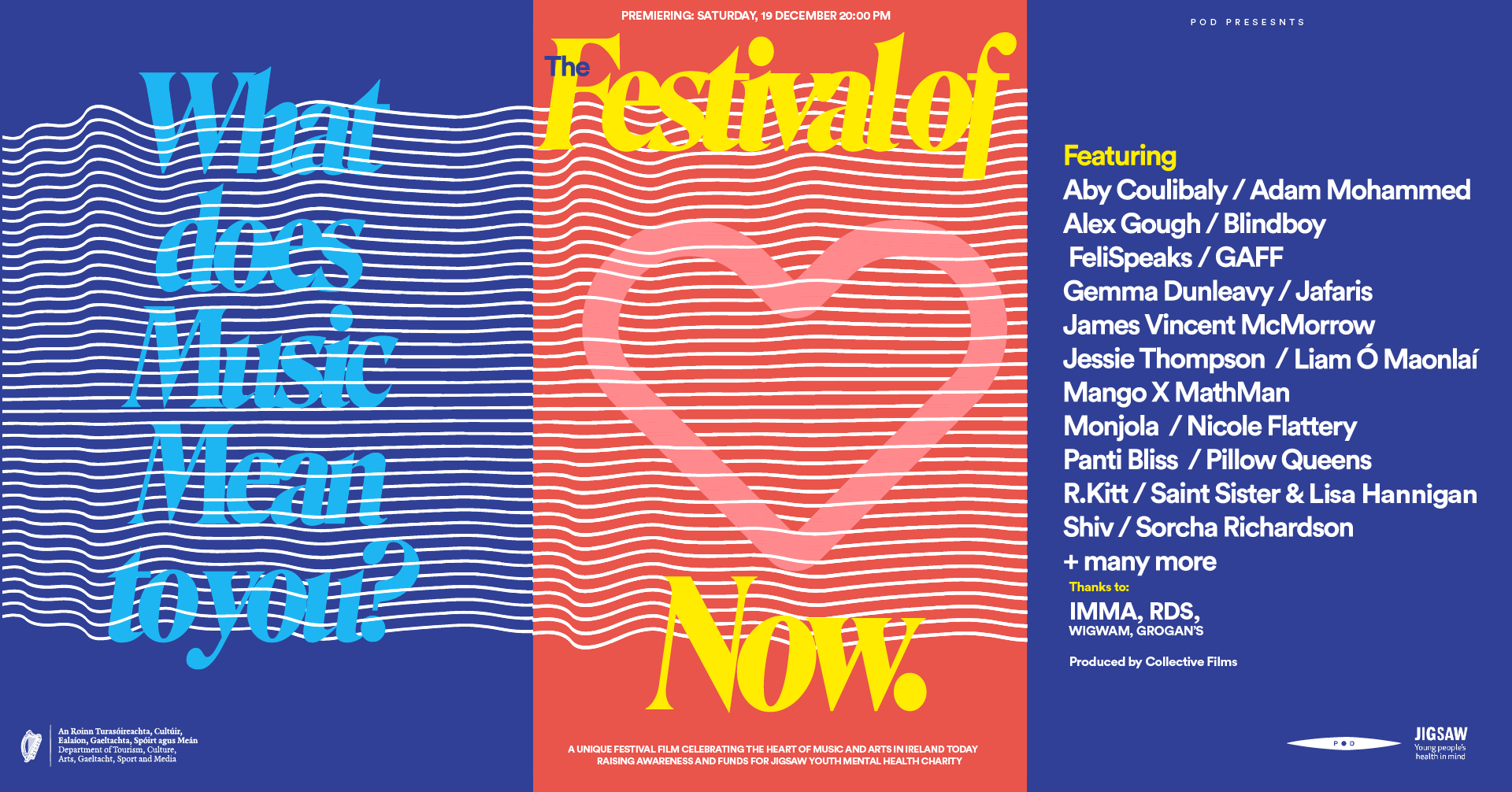 The film has been curated and promoted by POD, Irish independent festival and concert curators, promoters and producers. POD have been promoting and running shows for over 25 years in Ireland, with performances in historical and unique locations. The project is funded in part by the Department of Tourism, Culture, Arts, Gaeltacht Sport and Media as a part of the Live Performance Support Scheme.

The film is being co-produced by Collective Films, who recently produced the likes of Fontaines Live from A Night at Montrose, and Origins: The Story of Irish Hip-Hop.

Premiering on Saturday, 19 December at 8pm GMT, those eager to watch can register their email on the website, and will receive a link to view the documentary.