To celebrate 'The Book Of Mormon' opening in the Bord Gais Energy Theatre this week, we speak to one of the show’s writers, and the youngest EGOT winner in history, Robert Lopez.

Not a huge amount would seem to connect the plucky young feminist empowerment of Disney’s Frozen with the naughty, dirty, sweary phenomenon that is the Broadway hit The Book of Mormon. They are both full of great tunes, sure, and both have a sense of humour, but one is definitely for the kids, and one is definitely not. One is about love and magical powers and sisterhood, and the other one seems, at least, to be all about shocking AIDS jokes and doing unseemly things with frogs. Yet the surprising, even scary thing, is that both came from the same mind - that of the songwriter Robert Lopez.

“I mean, it IS weird,” chuckles the 43 year old New Yorker, pondering how the man who wrote ‘Let It Go’ also gave us Mormon’s ‘Hasa Diga Eebowai’. “I’m still trying to figure it out. What’s wrong with me?!”

Little is wrong with Lopez - at least from a showbiz perspective. When you have already become a so-called ‘EGOT’ – twice - a winner of an Emmy, Grammy, Oscar and Tony - you can only be doing things right. His CV includes not only The Book of Mormon and Frozen, but his first great hit, the equally naughty Avenue Q, and also the beautiful theme tune to Pixar’s film Coco, ‘Remember Me’. Oh, and did we mention he’s the youngest ever EGOT too? “John Legend is younger than me, but he was like a few months older than me when he got it,” he specifies with a chuckle. “But who’s counting?”

Calling from his Brooklyn studio, the gentle and unassuming Lopez seems far from being a precocious showbiz brat. If he has always believed in his abilities, ever since he settled on his vocation aged 13, he still manages to seem politely surprised about the huge success of his shows — not least The Book of Mormon, which he co-composed with the dark geniuses behind South Park, Trey Parker and Matt Stone. Ever since it opened on Broadway on 2011, the show has become one of the most successful theatre events of the decade, and this month, Irish audiences are finally getting the chance to see it live in the Bord Gais Energy Theatre. 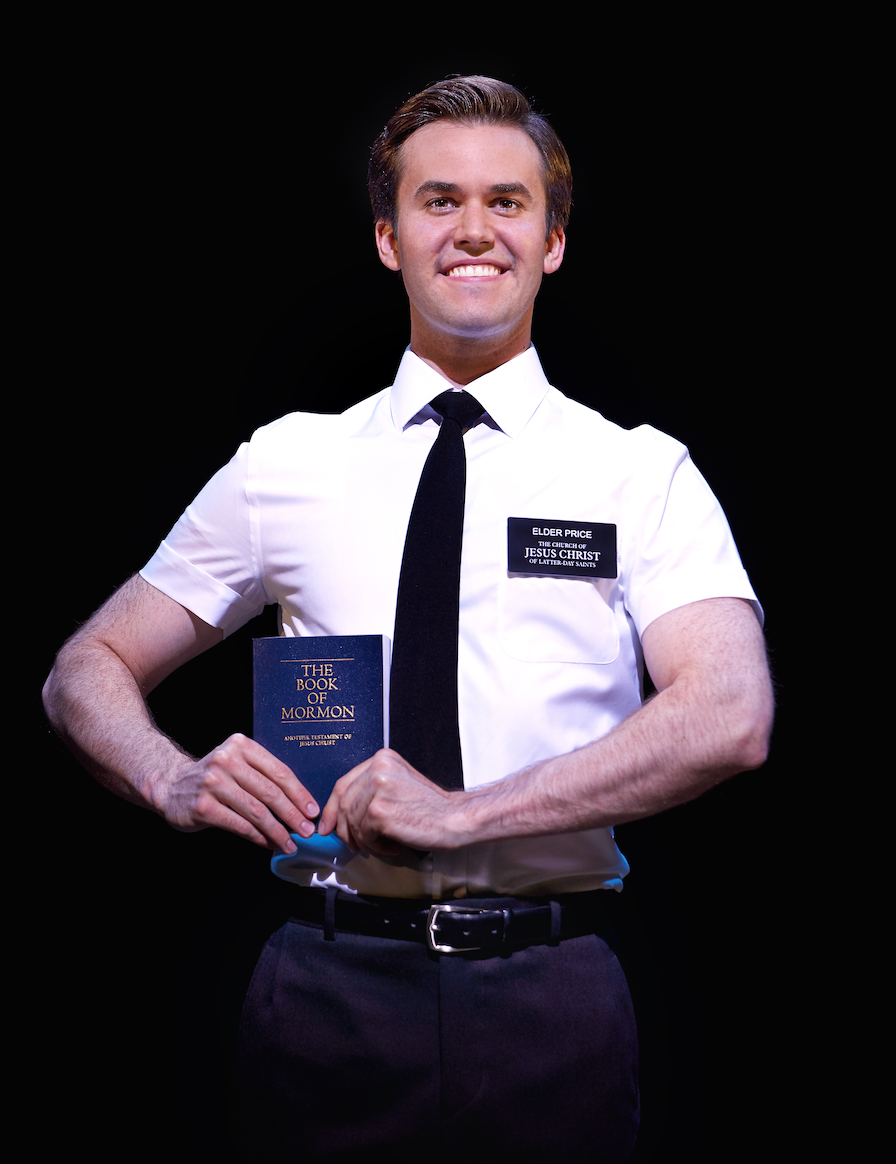 “The truth is, we had imagined it would be controversial, and we hoped that it would run a year,” he says, looking back. But neither of those things are quite true: the love for it outweighs any minor controversies, and as it prepares to visit continental Europe and the UK, having conquered America, Australia and Canada, you could say it’s gaining nearly as many converts as the missionaries it so lovingly sends up.

Surprising as it may seem, The Book of Mormon is actually a great marker of Lopez’s work, combining classic song craft and a deep love of musicals with a fresh, contemporary, often irreverent tone. It follows the journey of two young bright-eyed Mormon teens, Elder Price and Elder Cunningham who, as tradition requires, are sent out to spread the word as they reach 19 - call it a particularly spiritual gap year. When they reach Uganda, though, they are somewhat shocked by the reality of the situation — The Lion King it ain’t.

The Ugandans don’t necessarily need saving in the Mormon sense - more from the terrifying warlord next door, who is threatening all the female villagers with FGM. Somehow, all this is relayed in uproarious, bracing laughter within the first 20 minutes, and it turns out to be just one preconception the show takes huge pleasure in upending, in the rudest, lewdest ways possible. And the real shocker is that by the end, the show reveals it has a huge heart too.

Lopez, who along with Parker and Stone had always had a surprising soft spot for Mormonism, would have had it no other way. “It’s about what we talked about the very first day we met,” he confirms. “People are so quick to laugh at Mormons - and we wanted, in the end, to be able to turn it around on them in the end. Because really, any belief in anything impossible is sort of funny — but also, it’s very inspiring and empowering. And I think that’s why the shows sings so much.”

To understand how Lopez came to co-write the show, you have to rewind way back to the beginning, before he even met Parker and Stone in 2003. You have to go back even beyond him seeing their musical film, South Park the Movie: Bigger, Longer and Uncut, and being dazzled by its pace and wit (“I was like, this is the best musical of the last ten years, for sure”). You’d probably have to start with when he first was taken to see a musical, A Chorus Line. His aunt took him along, because his mum had cried off. “It was way over my head”. It clearly had an effect though, because he started writing songs on the piano, encouraged by the teacher he was taking classes with at the time.

“I wrote a song called ‘Oy Vey, What a Day’, for some reason. I’m not Jewish, but I guess growing up in New York pushes you in that direction.” The son of a journalist-turned-press officer for NYU, and a stay-at-home mother, Lopez was able to follow his new passion in what is, after all, the home of Broadway. Watching West Side Story in 5th Grade is what sealed the deal, and then from the age of 13, he started writing shows every term for an amateur group.

“I was a shy kid,” he says now, “and I loved the automatic family of theatre.” The only thing left to do was to find his voice. He once wrote a song which everyone adored: they all asked, “‘so, what Sondheim show is that from?’” But of course we already have a Sondheim. The eureka moment came when he decided, as he puts it, “to write a show that was funny all the way through”. For Lopez, who had grown up amongst a raucously funny family, it seemed within his reach. “It was something where Broadway had flagged behind in the culture,” he says, thinking back to the 1990s. “The humour in the shows was sort of a moderate chuckle. And I thought: I bet I could do this.”

The result was Avenue Q, co-written with Jeff Marx and Jeff Whitty. It was an immediate smash hit and a game-changer for Lopez, in more ways than one. Because it was when Parker and Stone came to see the show one night that they saw a note in the programme, in which Lopez thanked them. The duo was bemused: they’d never met this composer. But Lopez was thanking them for the influence they’d exerted, from the South Park musical onwards. When the three met for a drink after the show, things got more uncanny when they discovered a shared fascination: Mormonism.

Again, in retrospect it all seems fairly logical, but at the time it all seemed quite strange. Parker and Stone’s fascination with the faith could be explained by the fact that they grew up near its heartland of Utah: they were one state away in Colorado. But Lopez? A Filipino-American growing up in Brooklyn?

“I was just a nerd, and a little bit of a class clown, I guess,” he offers as explanation. “I remember reading about Joseph Smith [the founding father of Mormonism, the man who discovered the original ‘Book of Mormon’] in an American history textbook in 8th Grade and just having to read it twice, because I couldn’t really believe what I was reading. The whole idea of him digging up the Golden Plates, and the lost tribe of Israel, and Jesus being here in America...I was fascinated with that.”

It must be said that the founding story of the faith - as with every faith - requires a leap of the imagination. The story of Smith being visited by the Angel Moroni in the early 19th century, and discovering said Book on said golden plates, has an outlandish quality. But Lopez ultimately wanted to treat Mormonism with affection, as did Parker and Stone.

“We weren’t trying to get protesters,” he clarifies. “We were trying to make a show that was about the way we felt about the best parts of religion. We were writing a show about it that was sort of for atheists and believers at the same time, because it summed up how we felt about it — that whether or not the stories are true, they do something that’s good. Believing in something impossible makes you do impossible things.”

Ultimately, the story is mostly an unlikely bromance between the mismatched pair of Price and Cunningham. Ask Lopez who he associates with more of the two and he smiles. “I was a straight-A student, and you know, I’ve been accused of being a little too arrogant at times.” This is very Price, the all-American kid whose perceptions of the world - and of himself - are jolted by his visit to Africa. And yet when it came down to working on the show, Lopez went a bit more Cunningham, the goofy sidekick type in thrall to Price, his hero. 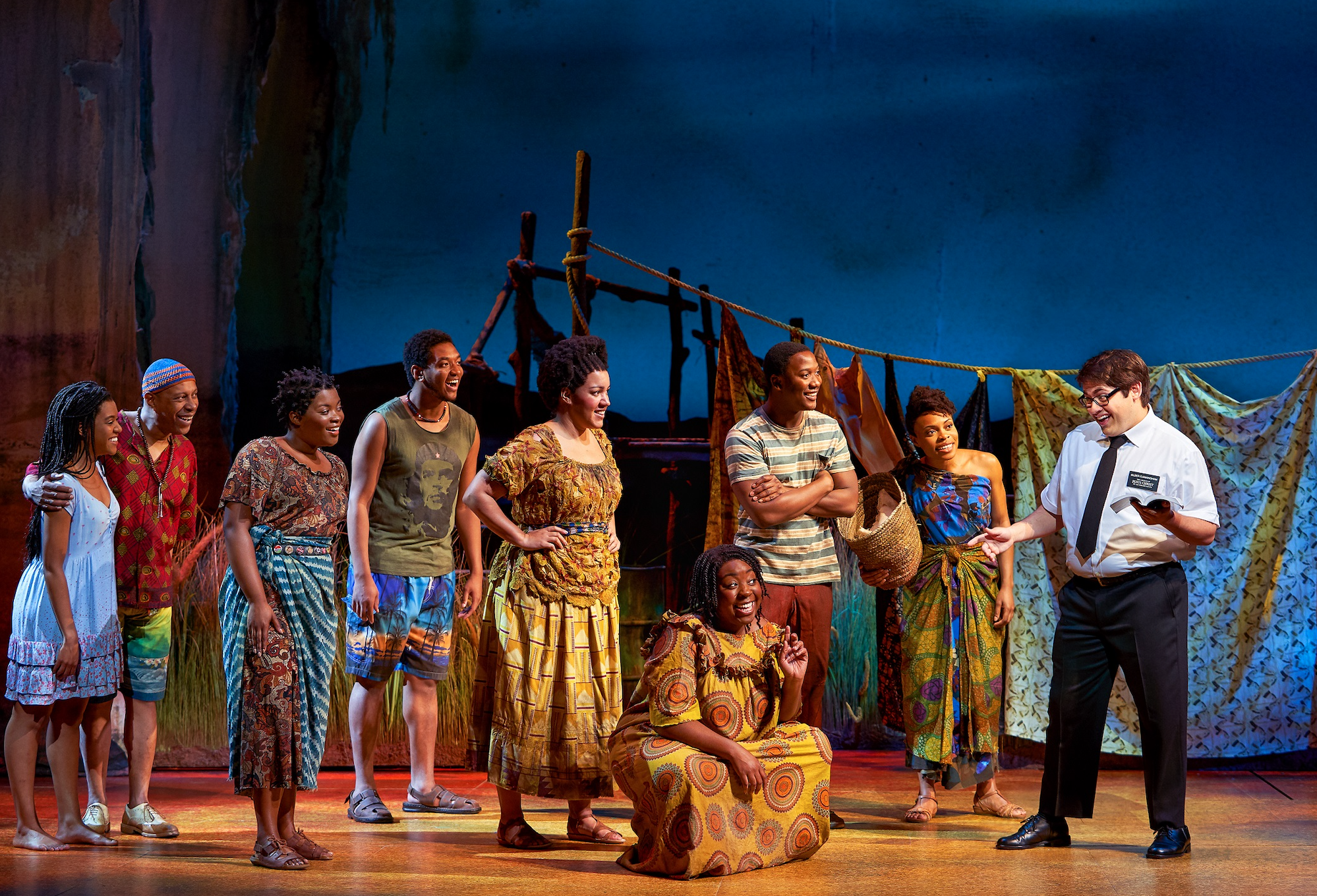 “When I was with Matt and Trey I was definitely following them,” he laughs. “I was just so in awe of getting to work with my heroes.”

Truth be told, the show is naturally quite far away in Lopez’s rearview mirror. More recently, we was working on Frozen 2, writing news songs, including one for powerhouse Idina Menzel. But Lopez admits that he is looking forward to leaving the Disney phase behind, too. “I don’t like to have a brand - I don’t like to be one thing.” After Mormon and Avenue Q, he was happy to leave the scabrous funny stuff for a bit, and do something more emotional; now, having filled up on all those Disney emotions, he’d like to move on too. Onto what, who knows?

“I still feel like I can do a piece that’s more of a thriller,” he decides. However, it’s not as though he can really escape his past work. The next month he’s about to take his elder daughter, who is 13, to go see The Book of Mormon.

“She’s ready,” he shrugs. “She’s already heard the cast album, her friends listen to it.” He and Anderson-Lopez were quite happy to treat her as a little kid, until “she kind of grabbed us by the lapels and said: ‘I’m not a kid!’” So she too is graduating from Frozen to Mormon. Lopez say he and his wife have accepted it. “I think she had a nice, shielded, sheltered childhood mostly. And now,” he says with the usual cheeky look in his eye, “she’s ready to enjoy some adult comedy.”

The Book Of Mormon runs in the Bord Gais Energy Theatre from November 3 to December 4.