Hot Press break down five core reasons to binge watch the royal Netflix drama as it launches on the streaming platform today, November 9.

Streaming hit The Crown is back for a fifth season today, with the sixth outing rumoured to conclude the show's chapter. This time around, it's Elizabeth Debicki stealing the spotlight as Diana, Princess of Wales.

This time around, with the new decade in its stride, the Royal Family are presented with possibly their biggest challenge to date; as the public openly question their role in '90s Britain.

As Queen Elizabeth II (Imelda Staunton) approaches the 40th anniversary of her accession, she reflects on a reign that has encompassed nine prime ministers, the advent of mass television and the twilight of the British Empire. Yet new challenges are on the horizon. The collapse of the Soviet Union and the transfer of sovereignty in Hong Kong signals a seismic shift in the international order presenting both obstacles and opportunities.

Prince Charles (Dominic West) pressures his mother to allow him to divorce Diana (Elizabeth Debicki), presenting a constitutional crisis of the monarchy. Rumours circulate as husband and wife are seen to live increasingly separate lives and, as media scrutiny intensifies, Diana decides to take control of her own narrative, breaking with family protocol to publish a book that undermines public support for Charles and exposes the cracks in the House of Windsor in THAT BBC Panorama interview with Martin Bashir.

Tensions are set to rise further as Mohamed Al Fayed (Salim Daw) arrives on the scene. Driven by his desire for acceptance of the highest order, he harnesses his self-made wealth and power to try and earn him and his son Dodi (Khalid Abdalla) a seat at the royal table. We all know what happens to Dodi, but Abdalla's role will become obviously more important next season. 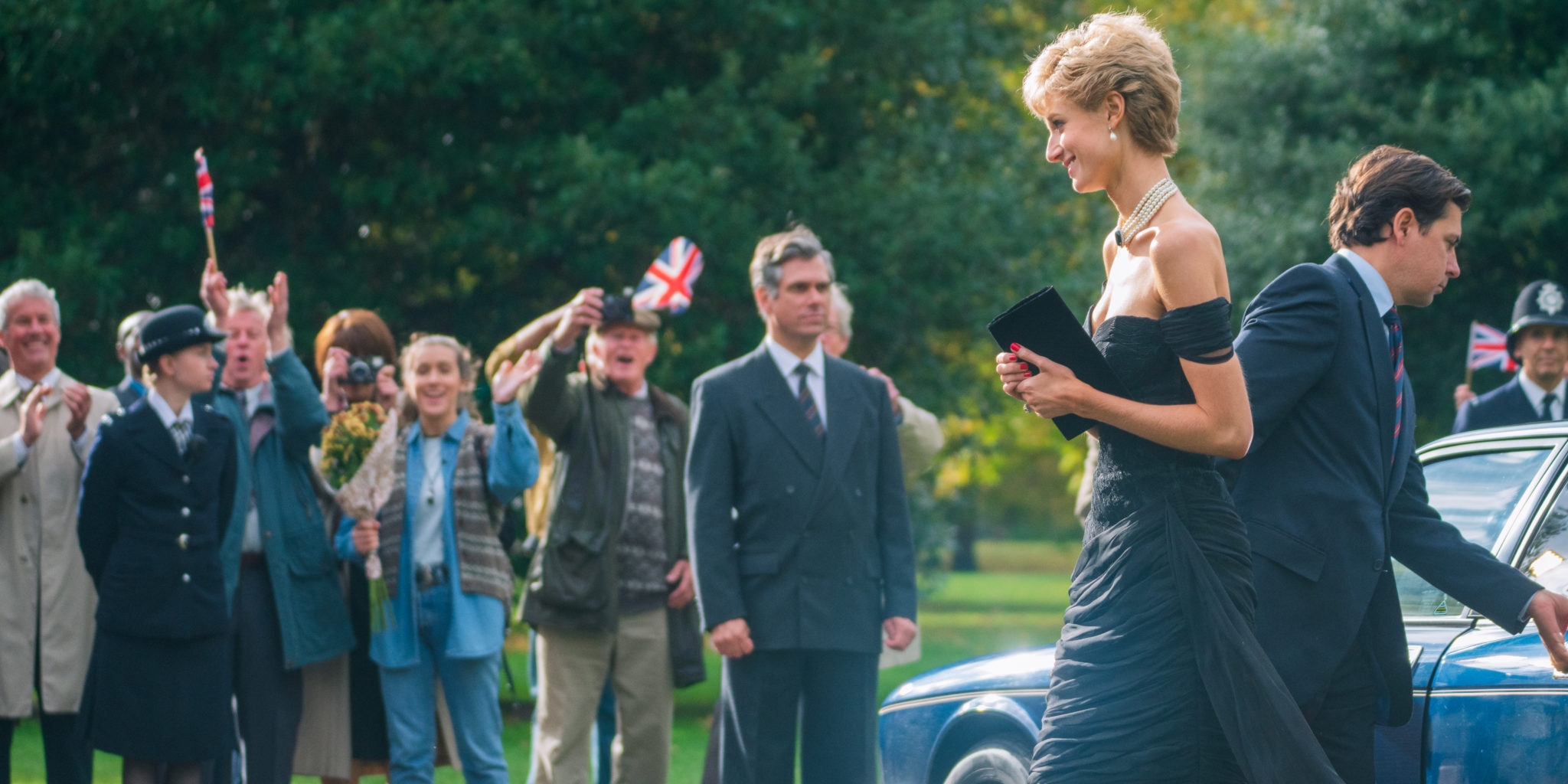 It's all systems go at the palace, but if you remain unconvinced, check out our five key reasons for watching The Crown Season 5 below.

The trademark tilting head, doe-eyed stares and every idiosyncrasy is expertly embodied by Australian actress Elizabeth Debicki. According to her chat with The Guardian, when she first auditioned for the soapy royal family saga that doubles up as a tabloid flashpoint, it wasn’t to play Diana at all. She read for a part way back in season two, but she won’t say which as someone else played it “beautifully”. Her take on Diana five years later is well worth the wait, critics all agree.

Princess Diana secretly collaborated with writer Andrew Morton on a tell-all book about all she had endured since becoming Charles’ marital second choice, and later sat for a divisive television interview with journalist Martin Bashir. Between the book, the TV special, and the news media as a whole becoming more willing to look behind the curtain that the royals had hid behind for so long, much less of this season feels as revelatory as prior instalments. 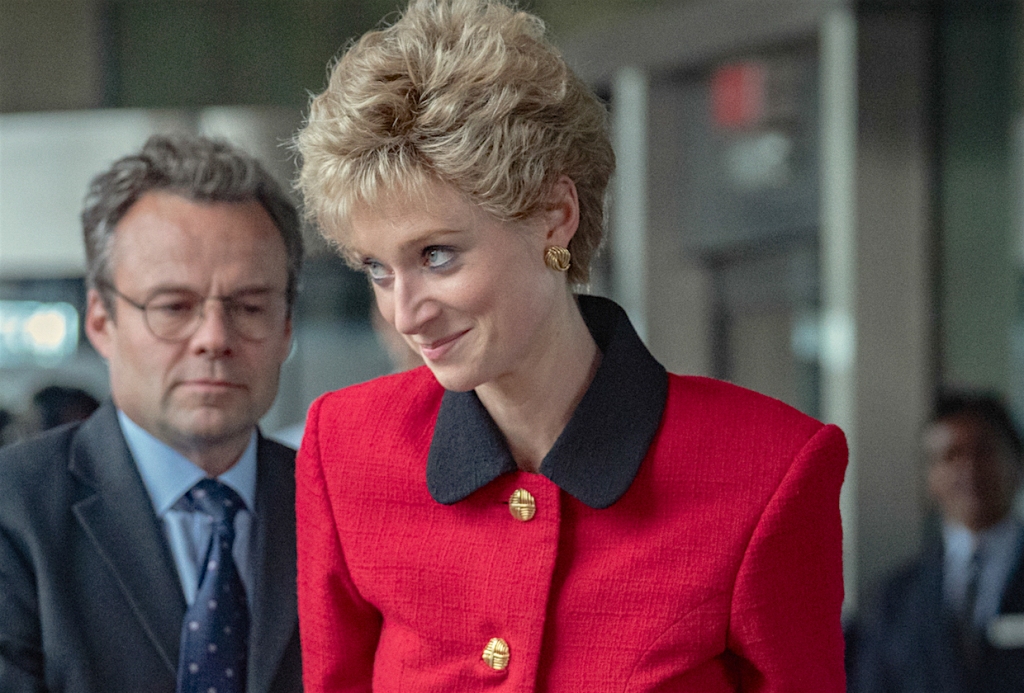 See How The Creators Cope With The Queen's Death

As of 2020, the estimated production budget of The Crown has been reported to be $260 million, making it one of the most expensive television series ever. The cinematography and stills from the new season are as stunning, and historically accurate, as ever. Peter Morgan, writer of Netflix’s Emmy-winning drama, has written the current season as a "love letter to the Queen", who he must know an astonishing amount about considering he also wrote 2006 film The Queen starring Helen Mirren.

Netflix have long had plans in place should Queen Elizabeth die during its run. When the show first went into production, Stephen Daldry, one of the architects of The Crown’s success and director of some of the initial episodes of the first season (it starred Claire Foy as the Queen when she was Princess Elizabeth before ascending to the throne), vowed that if the show was in production it would stop for a respectable period of time.

“None of us know when that time will come but it would be right and proper to show respect to the Queen. It would be a simple tribute and a mark of respect. She’s a global figure and it’s what we should do,” he told Deadline back in 2016 when The Crown made its debut on Netflix.

”She’s an extraordinary woman and people will be upset,” Daldry said at the time. Peter Morgan has since made a statement: He wrote that “The Crown is a love letter to her and I’ve nothing to add for now, just silence and respect. I expect we will stop filming out of respect too.”

Judi Dench may have written a scathing letter after the death of Queen Elizabeth II asking for a disclaimer to be placed on screen for Season 5 out of respect, but what happens behind closed doors in the show (fabricated or not) are the most interesting scenes. On the verge of their divorce being finalised, Charles comes to Diana’s home to bid farewell to their union. In a startlingly relaxed fashion, the two former partners begin discussing the many faults in their marriage, but soon the amicable tone is replaced by the usual frustration, rage and resentment they dealt with in their years together. It’s basically a one-act play, with explosive performances from West and Debicki. 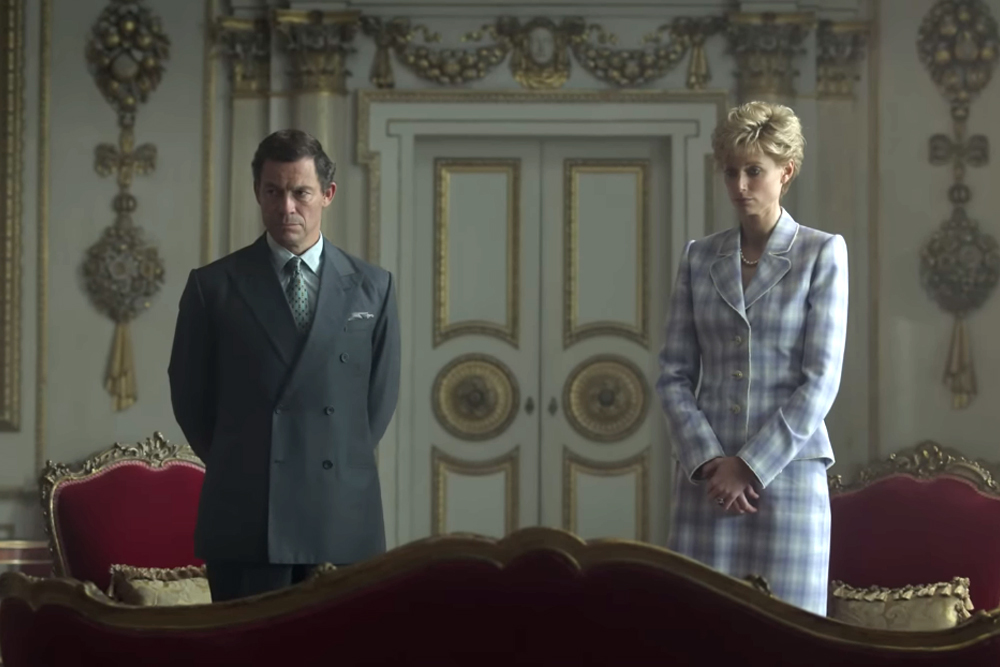 The return of Margaret’s old paramour Peter Townsend (played with great charm by Timothy Dalton) reignites Margaret’s resentment over being forced to break up with him back in the 1950s. Elizabeth unsurprisingly fails to win any sympathy in one argument in the season by insisting, “I denied you as Queen, not as your sister.” The scenes between veteran English actresses Imelda Staunton and Lesley Manville see their expertise and charisma shine through.

Manville plays a more settled version of the Queen’s fiery sister after her tumultuous portrayals by both Helena Bonham Carter and Vanessa Kirby in previous seasons – but an unexpected reminder of a past love causes some bitter reflection in series five. Manville earned critical acclaim for her starring role in BBC sitcom Mum, and also earned both BAFTA and Oscar nominations for her portrayal of Cyril in Phantom Thread. She recently starred in the comedy film Mrs Harris Goes to Paris. 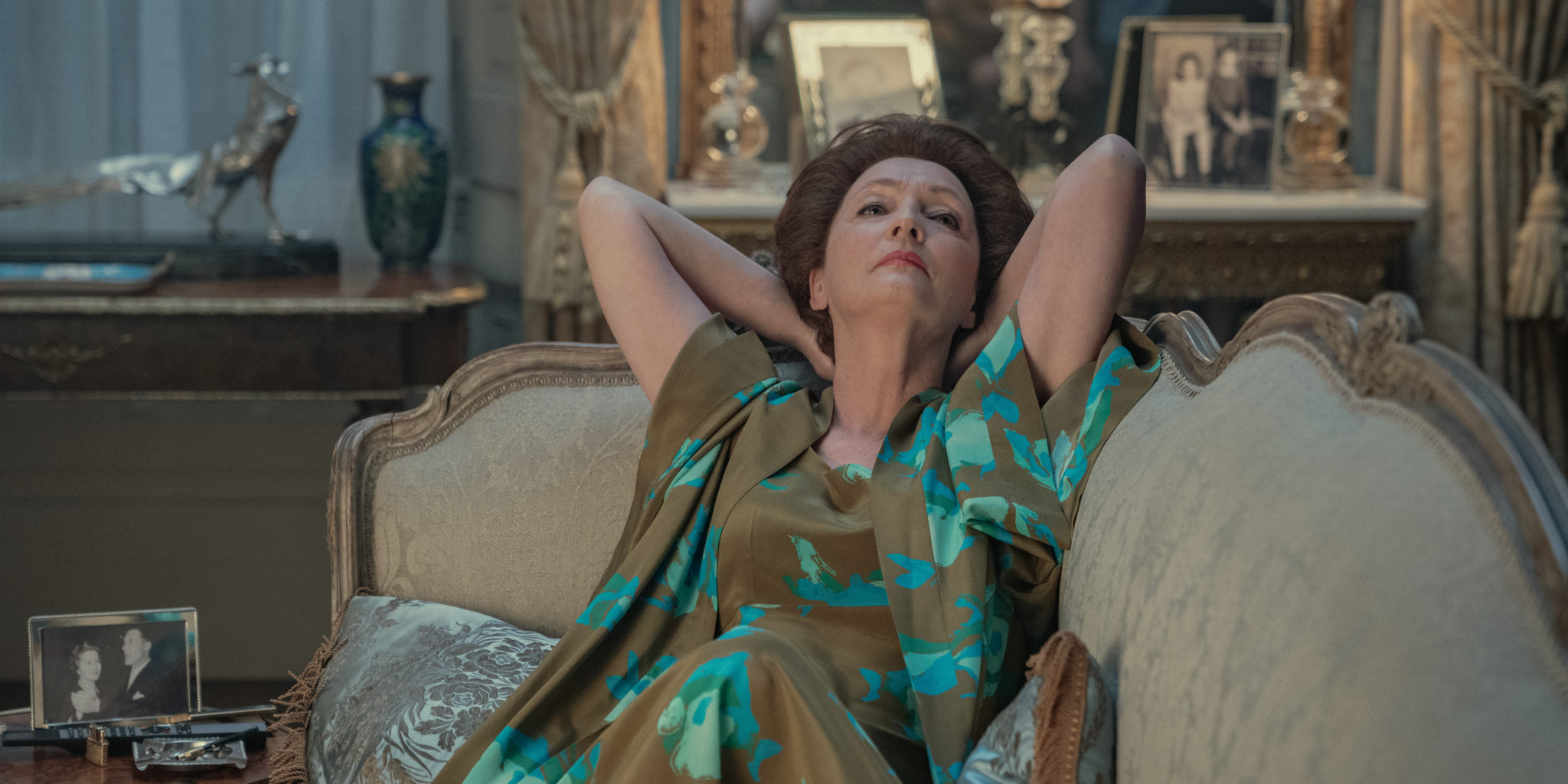 The new actors can't be faulted. Dominic West’s Charles (much like Josh O’Connor’s before him) seems much more dashing than the genuine article, seemingly smooth as he tells Diana in episode one, "Will we give them a bit of the old magic?" - referring to photographers ahead of their fraudulent 'Second Honeymoon'. This new incarnation manages to juggle stories about Elizabeth, Philip, Charles, Diana, Margaret, new prime minister John Major (Johnny Lee Miller), and even wealthy businessman Mohamed Fayed (Salim Daw) in his attempts to buy his way into becoming a friend of the royals.

Previously played by Claire Foy and Olivia Colman, Imelda Staunton will play the Queen in series five and six. One of the most controversial plots in The Crown season five sees a fictional meeting between Prince (now King) Charles and then Prime Minister John Major plotting for the Queen to abdicate. The man himself has already described this as a ‘barrel-load of nonsense’. 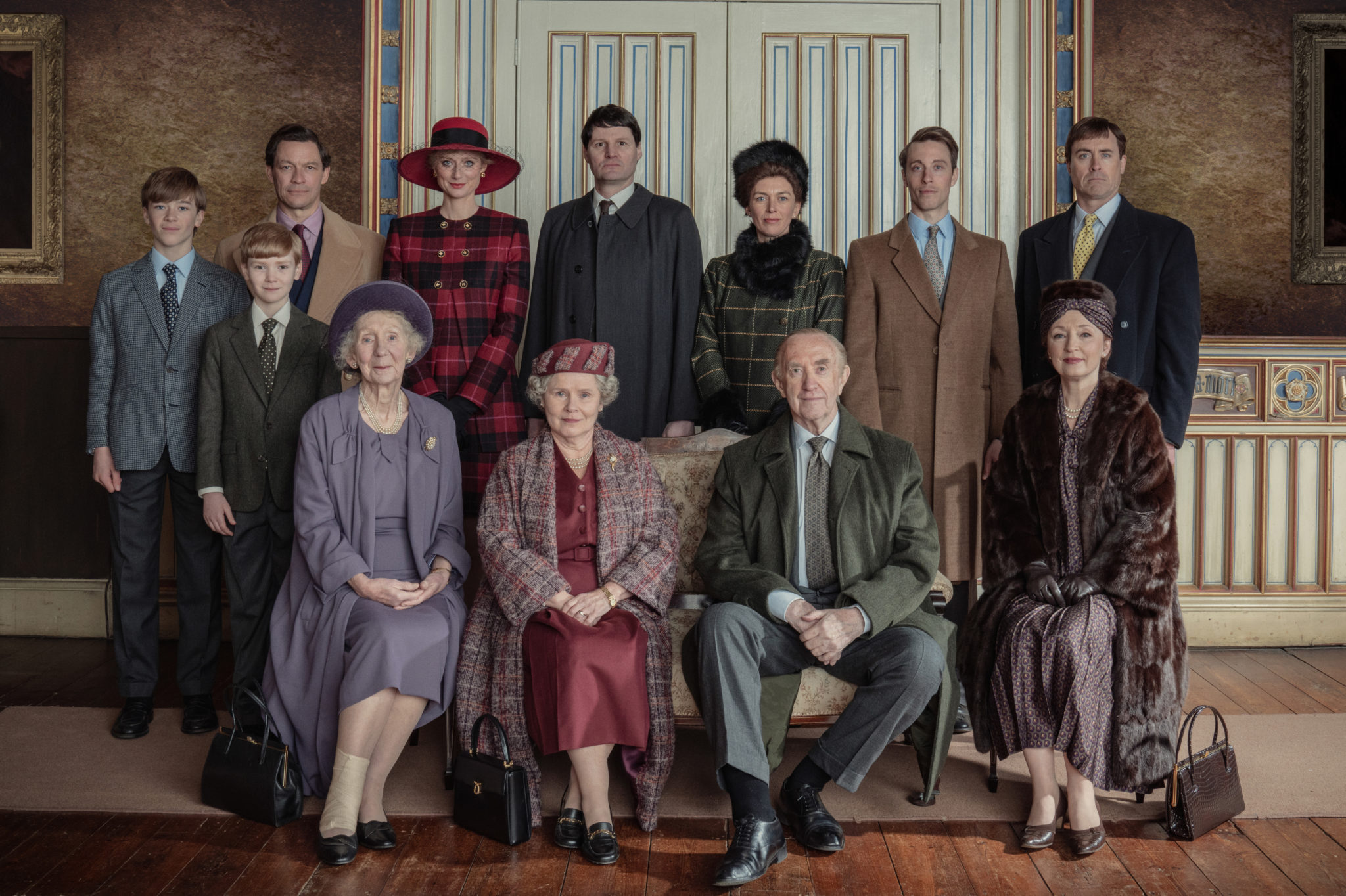 Check out the trailer for Season 5 below and stay tuned for a round-table interview with the cast in our upcoming issue.

Jessie Buckley to be honoured with Oscar Wilde Award in California
WIN: Exclusive merch pack for EMPIRE OF LIGHT – in cinemas now
The Fabelmans' Gabriel LaBelle: "You’re aware that you’re on-set with masters"