Track of the Day: 49th & Main - 'Up To Something'
49th &amp; Main at Longitude 2022. Copyright Anthony Oloruntoba/hotpress.com.

49th & Main recently tore up the Forbidden Fruit and Longitude stages. Catch the pair at Indiependence on July 31st.

Paddy King and Ben O'Sullivan have already gained attention with 20 million streams amassed on Spotify since 2020. The new cut is taken from their debut EP called Must Be Nice, which is slated for release on July 22nd.

Kicking off with a pounding drum beat and an infectious bassline, 'Up To Something' quickly continues along the party comedown path with groovy melodies and O'Sullivan's sleek indie-pop production.

"She thinks I must be something / 'cause on weekdays I'm up 'til 6am just doing cocaine / And you keep calling me home / feel like breaking my phone," the track starts, calling out someone who questions their behaviour.

Opening the duo’s EP, 'Up To Something' is all about creative instrumentation and lyrics speaking about their current headspace. 49th & Main said: “This is a long night, forgotten conversations and empty wallets kinda tune that you just can’t help dance to”. 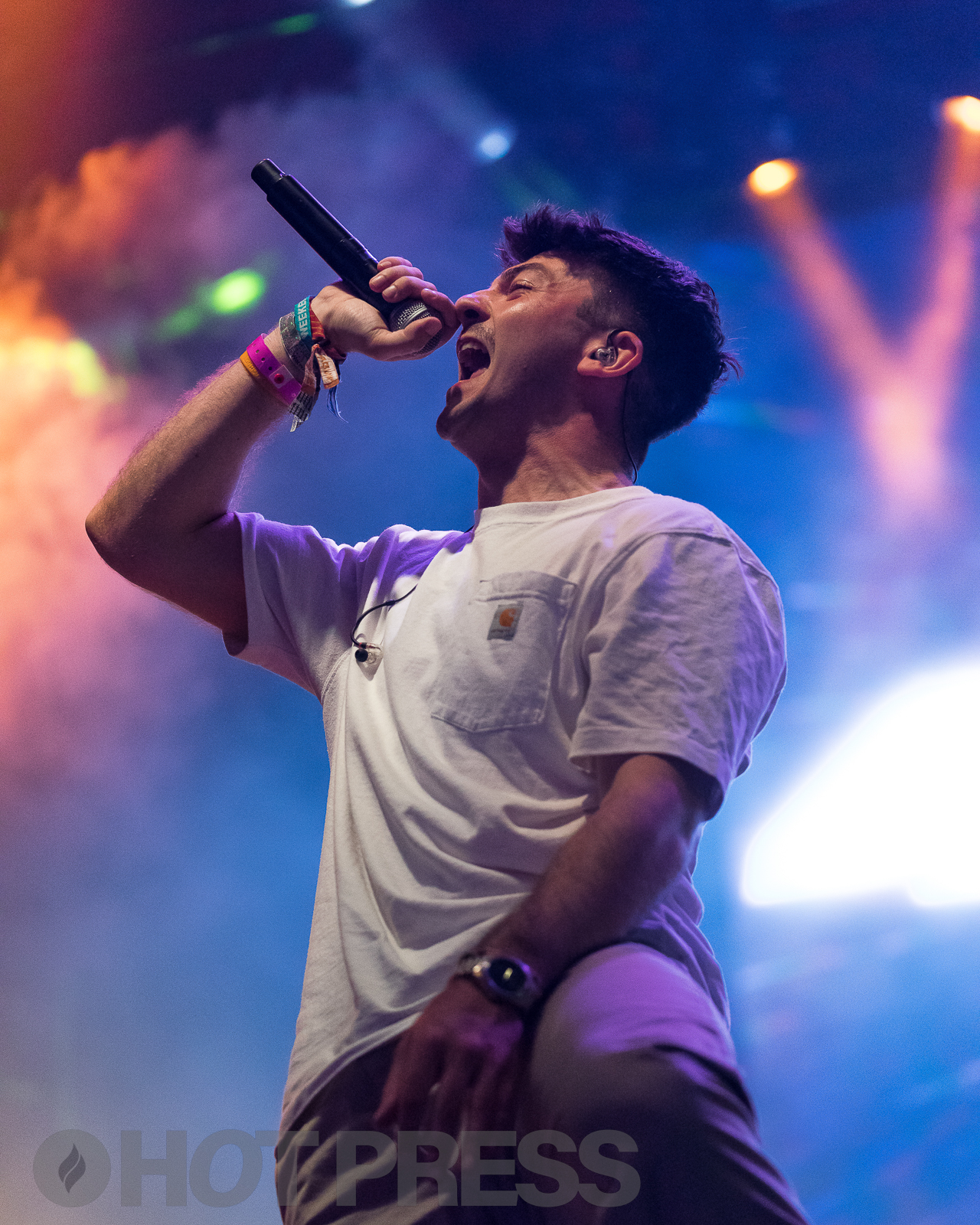 The pair first met in school and after growing close, they began working on music together during a particularly warm summer, with O’Sullivan dabbling with acoustics and how to record King’s guitar.

Once in Vancouver (just off 49th & Main street), O’Sullivan found himself unable to find work; so whilst King and his friends went to work at stores and building sites across the city, he would spend his days producing and writing music for Paddy to jump on when he returned.

O’Sullivan then developed aplastic anaemia: a rare blood disease which prevented his bone marrow from producing enough new blood cells, making him chronically fatigued and prone to infections. The musician was officially diagnosed and began treatment which left him heavily immunocompromised when he came home from Canada, living between the attic of his family home or a triple-sealed hospital room.

The band recently signed a global record deal with independent label Counter Records, an imprint of Ninja Tune - home to Bonobo, Bicep, Thundercat, Kelis and Black Country, New Road. Paradigm have come on board to support their live journey.

Listen to 'Up To Something' below.

Must Be Nice Tracklist

The Murder Capital on Thursday's anticipated [email protected] appearance: "In a way, our band is best understood and experienced at a show"
The Message - Hot for 2023: "It is up to us all to do everything we can to support Irish artists"
The Road to The Great Escape announces Sorcha Richardson, 49th & Main and more