The [email protected] gig series, which first kicked off last summer, has celebrated the genre-defying range of musical talent that's currently cropping up across the country.

Having just released their hugely anticipated new album Gigi's Recovery last Friday to rave reviews, The Murder Capital are set to headline a special show as part of the [email protected] series – coming to Aloft Dublin City this Thursday, January 26.

Malaki, Dea Matrona and 49th & Main having already been platformed at the [email protected] events, which are complimentary ticket only gigs. As Irish artists continue to make their mark on stages at home and overseas, the series offers a rare opportunity to catch these stars in a unique, intimate setting, right in the heart of Dublin – in a space, Aloft Dublin City, that lives and breathes music.

Hot Press cover stars The Murder Capital have had an incredible journey since unveiling their debut album When I Have Fears back in 2019, which climbed to the No.2 spot on Irish shores and cracked the UK top 20. The follow-up was always going to be tricky terrain, but the results - recorded across Donegal, Dublin, Wexford and London - are massively impressive.

Gigi's Recovery finds the band continuing to expand their musical horizons, as they offer up some of the most exciting new sounds to emerge from these – or any – shores in years.

As our own Will Russell wrote: "Rather than adding clutter, Grammy-winning producer John Congleton astutely subtracts elements to superb effect – the band entering and exiting at different times, creating space for frontman James McGovern to paint his stark and compelling vision."

Ahead of Thursday's [email protected] performance, McGovern spoke to Hot Press about the band's excitement at playing such a beautiful, intimate set.

"We can’t wait for it," he offers, smiling. "The group are really excited to play a show like that, in a different venue as well. We have always loved reading Hot Press. We were in the office the other day and saw all the people who have been on the covers over the years - so to be doing a show for the magazine while on the cover is a really cool thing for us."

Do the quintet have any surprises in store?

"You can expect a lot of tunes from Gigi’s Recovery," James offers. "We’ll be doing it in a sort of semi-acoustic, semi-electric style. It will come in different textures, and a different way of hearing the songs that should be really unique to the night."

The Murder Capital's live shows have already earned a special place in Irish rock lore – and their upcoming tour dates in support of Gigi's Recovery promise to be no different. In addition to their [email protected] show, the band will be playing across Ireland, UK and Europe over the course of January and February, culminating in a major show at Vicar Street in Dublin on February 26.

"We’ve been building up to it for a couple of years now writing this record, there's only so much talking about it you can do in the sense that I'm so excited to get out and meet the fans again, meet new people and see new places," McGovern grins. "To be able to go around Europe and finish the UK/European tour into Vicar Street is going to be beautiful, and then America for the first time properly, there's nothing more exciting than that. I think that's a touchstone for every band y’know, the first American tour." 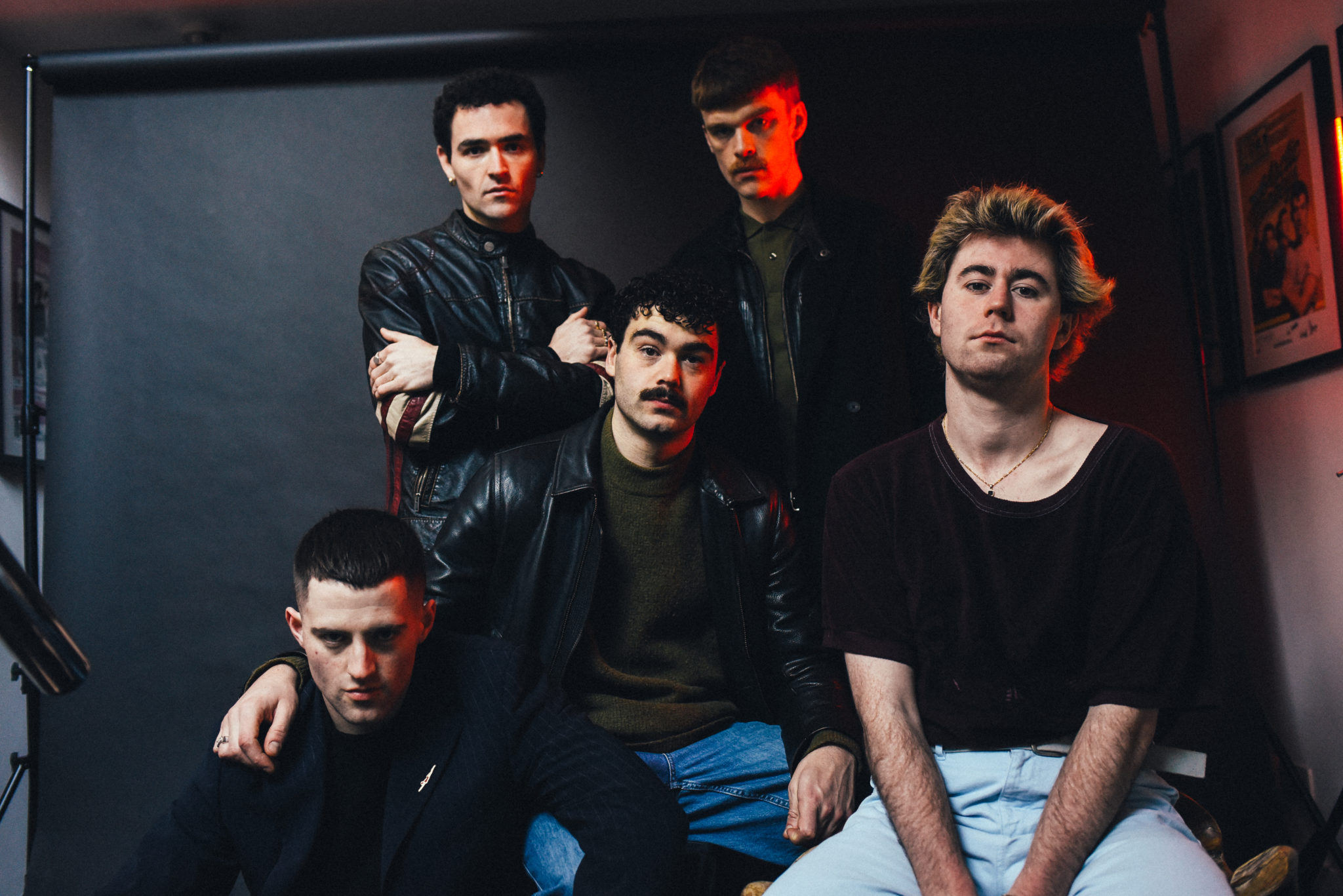 Vicar Street is a beloved venue for Dublin bands in particular, with locals in the audience offering an injection of blissful hometown energy.

"It's a pure boost. There's something about having so many friends and family in the crowd that gives you a bit of “sweaty palm" - that's only natural, but it's a good feeling!" the BIMM graduate notes. "It's a really exciting buzz. There's nothing that feels quite like the room does in Ireland."

"We're just always growing, always learning and always trying to make the show be as intense and as impactful and memorable as it can be," he adds of the five-piece guitar rockers.

"Because when we’re finished recording the tracks, the album is released - it's the people that change, not the record - the recordings remain the same. We change and the listener changes, and we hear them differently, but the live show is this one night, this one moment, this memory that we can all make together. We put a lot of work and thought into just being able to come in, connected to the crowd, connected to the room in order to just be able to let go of everything and create that moment." 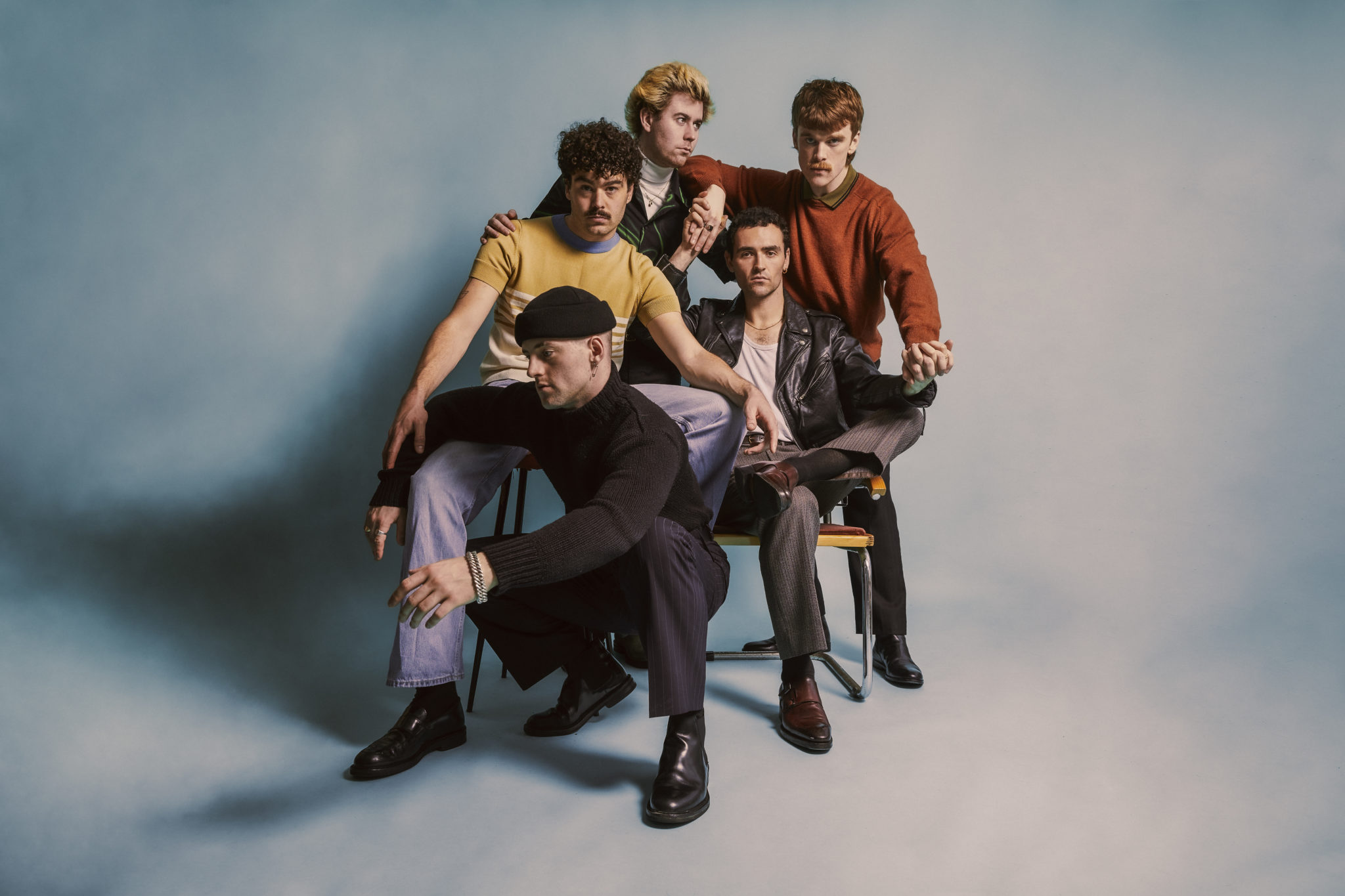 The Murder Capital by James Kelly

"It’s two sides of the same coin in that, with the record, you can experience it anywhere. Listen to it in the car, at the seaside, in your bedroom, wherever you are, and you can take in your environment and the memories it brings up; whatever the power of music itself has. On the other side of that, you have the incomparable force that live music brings. It's that feeling of electricity in the room. There isn't anything quite like it," James emphasises.

"If you go to the theatre, ballet, to see a play, whatever you do, there's something about live music, the vibrations, and the excitement of that that we can all get behind. In a way, The Murder Capital is definitely best understood and experienced at a show."

Apply for tickets to [email protected] – headlined by The Murder Capital – this Thursday, January 26, below:

Read The Murder Capital's cover interview in the new issue of Hot Press, out now.

The Message - Hot for 2023: "It is up to us all to do everything we can to support Irish artists"
The Road to The Great Escape announces Sorcha Richardson, 49th & Main and more
49th & Main to perform intimate [email protected] show this Thursday