The first ever comedy night at the Grand Social is kicking off later this month.

The Socially Grand Comedy Club will take place on Friday November 26th, and will see the great and powerful Damo Clark (as seen on RTE and every single comedy stage in the land) christen the place.

Damo will supported by The Craic Dealers, fresh off a sell-out weekender over Halloween, appearances in Hot Press and various Interpol lists for being far too sexy, The Craic Dealers once again prove that they are the best comedic Wonder Bra in the business, the best support money can't buy!

Doors will open at 5.45pm, making the Socially Grand Comedy Club the perfect way to start your weekend. Tickets are available here. 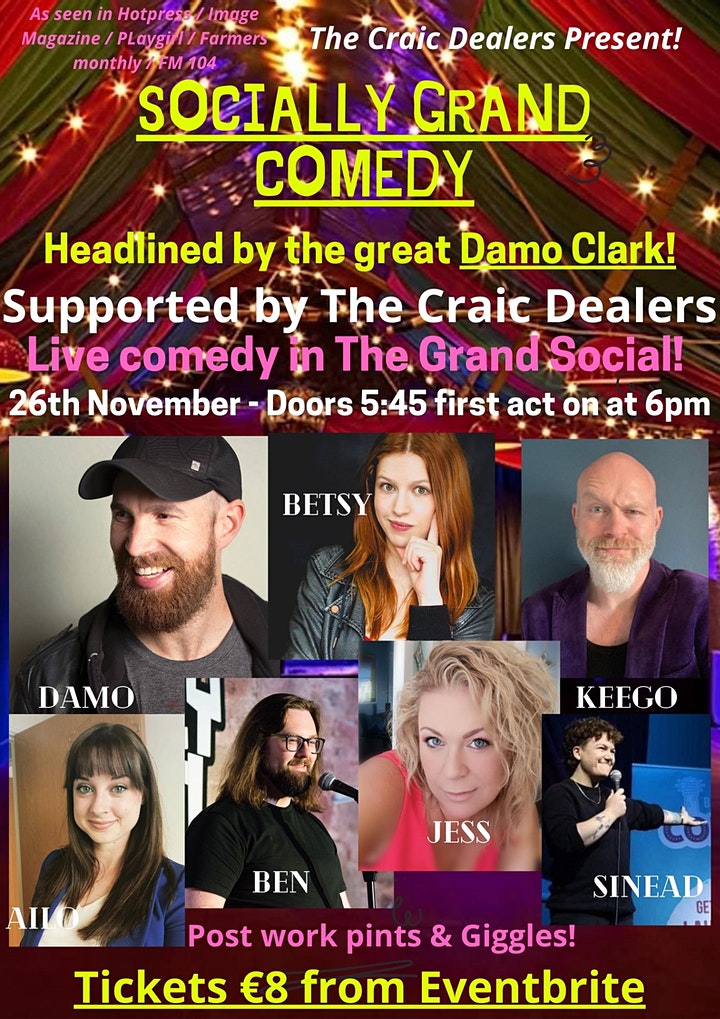