Finger On The Buzzer Q&A - Ocean Tisdall: "I’ve only ever had two jobs outside of music, but one was working in a Covid lab"
The Hot Press Newsdesk

How smartly can you answer these 12 teasers?

Where are you now and what are you doing?
I’m at home in Wicklow, getting ready for my EP to come out.

First record to send a shiver up your spine?
‘Pretty Hurts’ by Beyoncé. When I first heard it, I was only 13 or 14 and I thought it was lyrically so incredible. When you put the song and video together, it made my whole body tingle. I literally watch that video once a week.

First gig you attended?
The X-Factor tour in 3Arena when I was eight. It was actually really good, I was mesmerised by it all.

First gig you played?
My Christmas concert in primary school. I’d always get a solo part when we were doing them. That was one of the times I was most nervous – performing in front of everyone’s parents and people from the village.

What has been the most ‘pinch me’ moment of your career so far?
Performing at Hyde Park with Robbie Williams on the main stage. Seeing my parents in the crowd of 70,000 was really surreal. 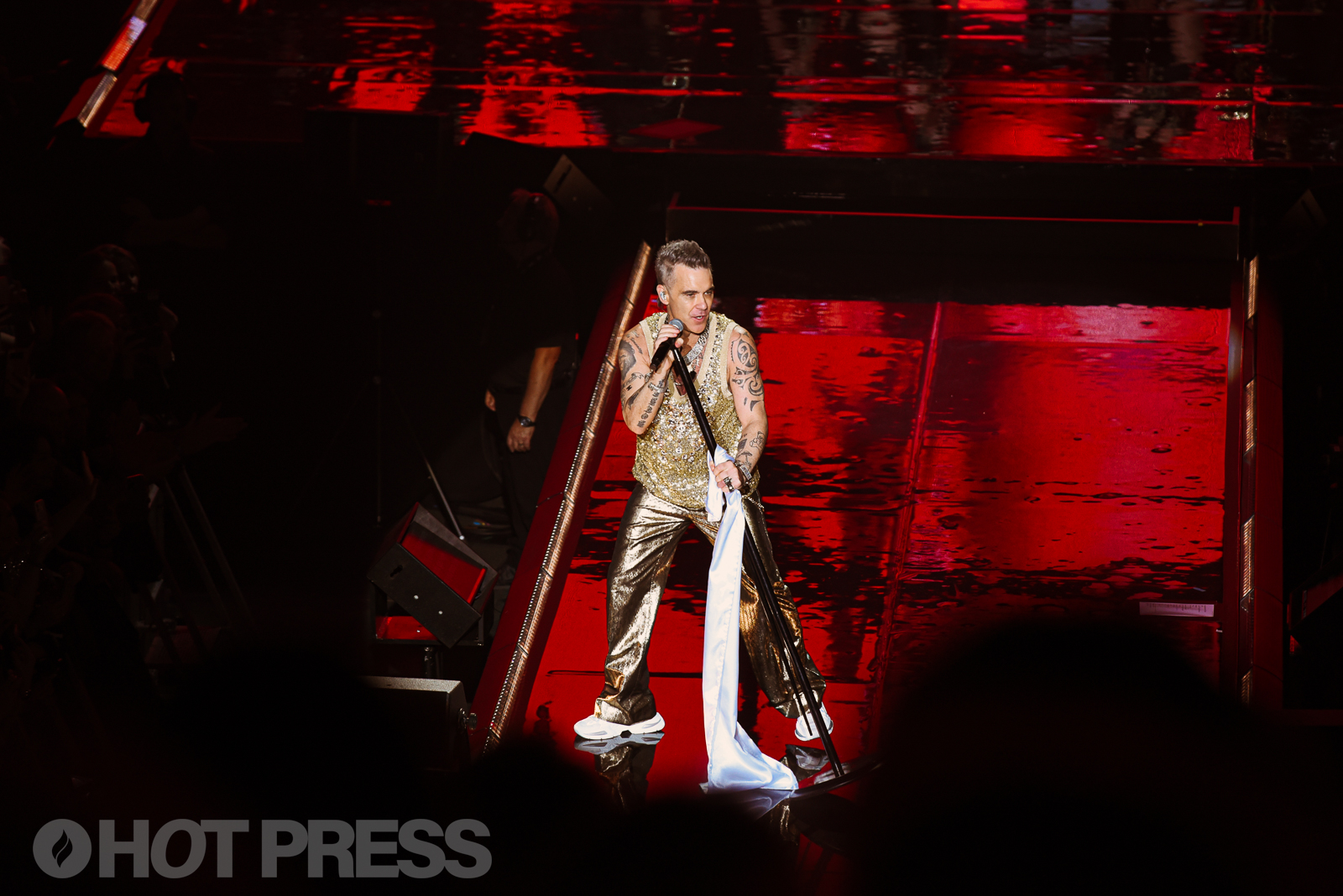 Most embarrassing thing you’ve done either drunk or sober?
In recent memory it was going to town on my birthday. There was this bin outside the bus stop and I thought I could hop over it. I went to run over it and fell – I bruised the side of my face in the middle of the street in Dublin. I was just lying on the ground absolutely shit-faced. It was traumatising, I don’t know how I didn’t break something!

What shite jobs have you had in the past?
I’ve only ever had two jobs outside of music. In 2020 I got my first business-type job, which was working in a Covid lab.

Last record you bought, borrowed, or blagged?
I bought Elvis’s Christmas album for my nanny because she’s obsessed with him. I walked into a vintage shop in town and it was right there for €15. I gave it to my nanny and she cried, she was absolutely over the moon.

Who’d be in your dream band line-up?
It’s so clichéd but I would want to be in One Direction, or have them be my band. My sister is obsessed with them. I was so young when they were around, and I was trying to be such a lad, like ‘No, I don’t care about One Direction’ – but behind the scenes I was a diehard One Direction stan.

Sexiest musician on the planet?
You know what? Straightaway, Shawn Mendes. There’s no doubt in my mind.

What song would you have played at your funeral?
‘We Can’t Stop’ by Miley Cyrus. When that came out, I was 13 and I’d loved Hannah Montana. I remember seeing the music video and, from then on, that was my party song. Whenever I go out, it’s the first song I put on.

Official Irish Charts: Cian Ducrot hangs onto top 10 spot with single 'All For You', while Harry Styles overtakes Beyoncé for top album of the week
Cian Ducrot lands first ever Top 10 single in Ireland
"Nobody cried": Kelis responds to Beyoncé removing 'Milkshake' sample from Renaissance