"One for the drama kings and queens, the culture vultures and those simply seeking a good time; the Theatre promises to have you shouting ‘encore, encore!’," the festival organisers promised in today's press release.

An eclectic theatre programme has been announced today for the long-awaited Electric Picnic weekend in Stradbally.

In addition to superstars Dermot Kennedy, Tame Impala, Arctic Monkeys, Megan Thee Stallion, Picture This, Snow Patrol and many more, the 70,000 fans who managed to score tickets to the sought-after event can now also look forward to Electric Picnic's Theatre.

"Whether you’re a balletomane or looking for a belly laugh, you’re in for a thespian treat at the brand-new Theatre at Electric Picnic 2022, 2nd-4th September," the press release reads. "One for the drama kings and queens, the culture vultures and those simply seeking a good time, the Theatre promises to have you shouting ‘encore, encore!’ as a stellar line-up of players and prodigies enter stage left to deliver a suite of spectacular performances over the festival weekend."

Get ready to take your seats as we open the curtains to our brand-new Theatre. See award-winning shows spanning dance, opera, cabaret and more as they take to the stage as part of the inaugural programme. 🎪🎭 🩰https://t.co/gOzJV0hgAN pic.twitter.com/pWXC91Dan2

Ballet Ireland is set to mesmerise audiences with the rock ‘n’ roll swagger of the Rolling Stones in Rooster, choreographed by Christopher Bruce. Sharp-suited, snake-hipped men and strong, sassy women are going to encapsulate the essence of the swinging sixties as they perform some of The Rolling Stones’ most famous hits, including 'Not Fade Away', 'Paint It Black', 'Sympathy for the Devil' and 'Little Red Rooster'.

The Belfast Ensemble is bringing their award-winning show Abomination: a DUP opera to the festival stage 'in concert' after a sell-out run at the Abbey Theatre. Winner of the Irish Times Best Opera Production 2020, Abomination revolves around the scandalous live radio interview given by NI Politician Iris Robinson, in which she described homosexuality as an ‘abomination’. The event has gone down in Irish queer history and instantly re-ignited the Northern Irish equality debate.

"With their unique high-impact, multi-disciplinary style, the Belfast Ensemble wrap this story in a fresh web of incendiary historical comments by DUP members on the subject of gay rights, marriage equality, ‘poofs’ and ‘perverts’ to shockingly theatrical effect – challenging the power of words in the hands of the powerful," the media release adds.

"Contemporary, political, comic, and emotionally complex, this riotous Northern Irish original redefined what a 21st-century opera could say, and why… with just a touch of drag!"

See the full line-up for Electric Picnic 2022 below. 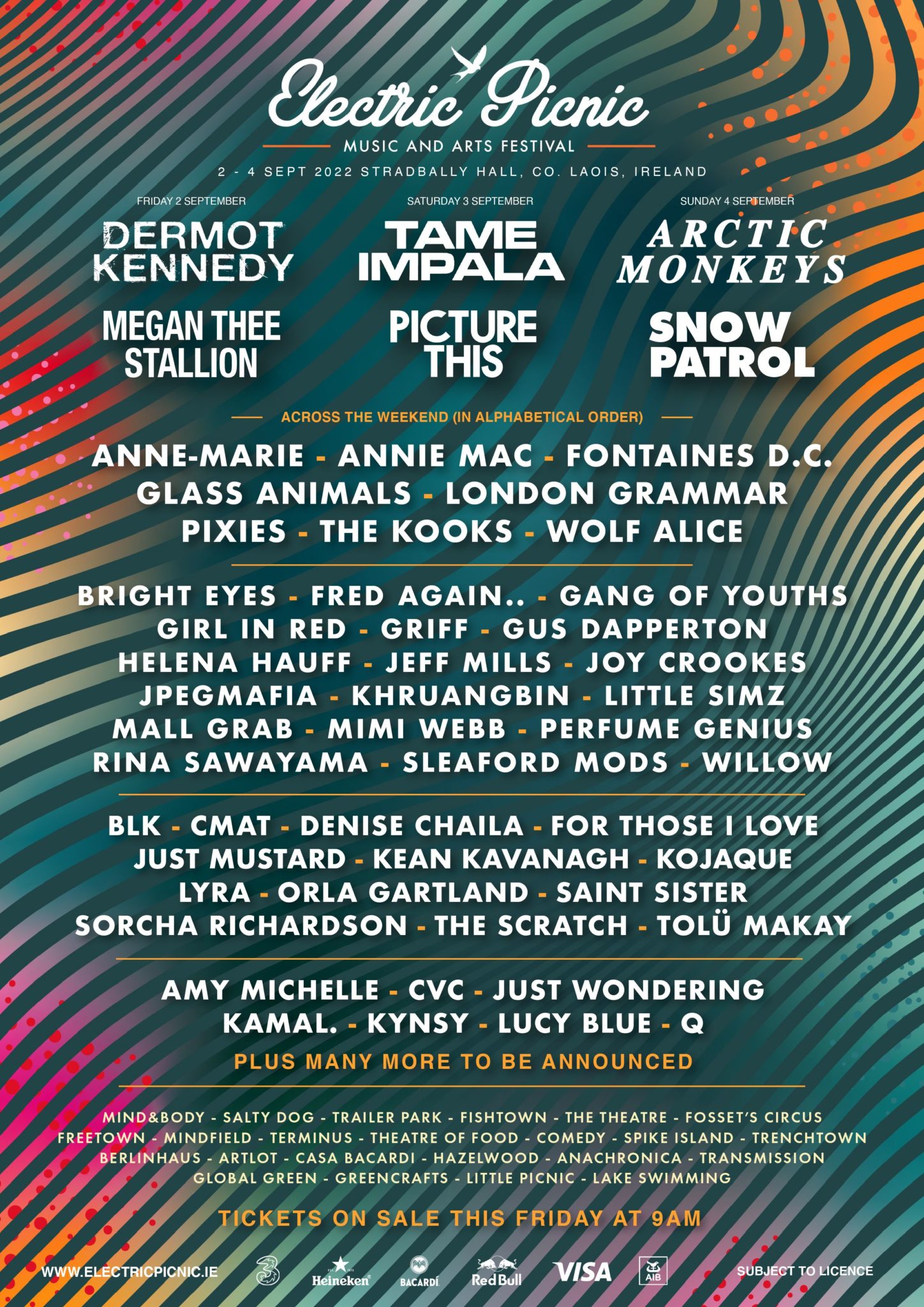