Multi-talented Galway native Anna Mullarkey is currently in Longford, taking part in the Shawbrook Dance Residency in the rural county. Despite the peace and quiet she’s currently experiencing, her debut solo album Falling is likely to cause a dramatic increase in emails and phone calls to book time with her talent.

Having spent over seven years as part of the more rock/folk-orientated My Fellow Sponges (overseen by Saw Doctors’ manager Ollie Jennings) before exiting to explore an electronic/acoustic sound, the magnetic composer has been steadily building an enthralling, unique sonic world.

Expanding beyond music into film, theatre and dance, Mullarkey’s original score for The Passion (2021) has won awards in Ireland and beyond. 2020 EP Spéir, funded by Galway 2020, paved the way for her current opus. Incorporating traditional elements into her alluring soundscapes, Falling traces the overwhelming highs and lows of love.

“Some of the songs were written in 2018 but never touched. Falling was only recorded last year,” Anna explains, smiling. “I set up a band in between the two lockdowns, working with two musicians: bassist Sam Wright and Paul McClure on accordiana and bodhran. We had to snap a moment in time, so I really wanted to consolidate that magic.” 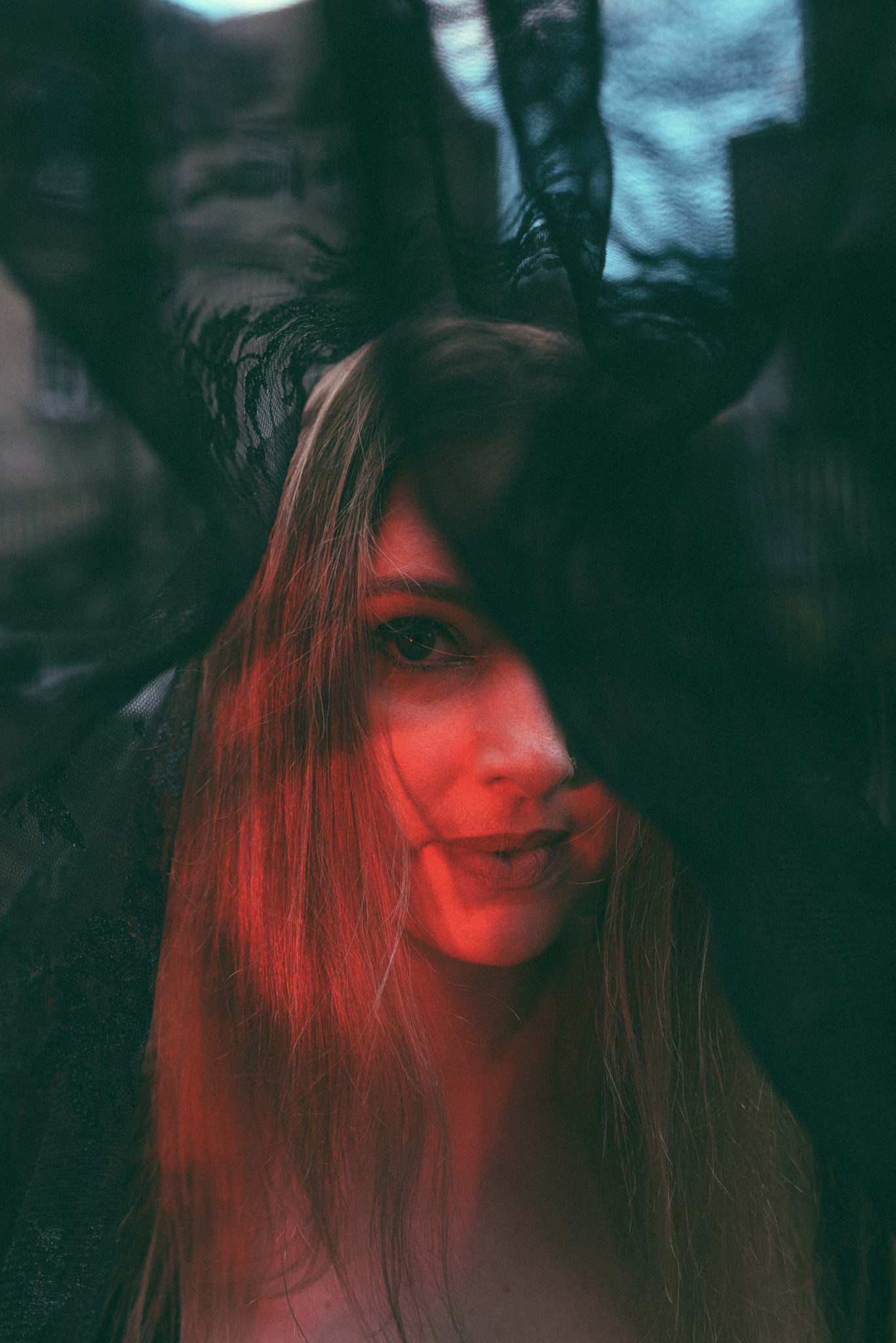 Hailing from Knocknacarra, west of Salthill, the hoards of acclaimed traditional musicians who came before her have undoubtedly impacted Anna’s choice of career.

“Every county is essential, but Galway is such an artistic town,” Mullarkey nods in agreement. “There’s a lot of things you can aim for, like festivals to drive creatives forward. Without those goals, it’s hard to have a sense of direction or concrete structure. I was very fortunate to grow up beside Máirtín O'Connor, who’s a traditional button accordionist. That seeped into my mind, just knowing someone living as a composer. It was the most amazing thing I ever knew. It was incredibly inspiring to see that as a child.”

Weaving three Irish language tracks on Falling serves to grip the body and soul of the listener, evoking the push and pull of waves on the rugged West of Ireland coastline.

“Two of those were commissions, but ‘Uisce’ is actually a poem by Nuala Ní Dhomhnaill,” Anna tells me'. “Reading the translation, her words are just so beautiful. I emailed her to ask if I could put it on the album, because it married the concept. You’ve got the notion of falling in love, falling out of love but also falling apart. Her poetry on mermaids is all about the loss of identity and how places come back to you. In the work, this person sees water everywhere, even while brushing her teeth she can smell seaweed. It’s this idea that who you are never really leaves. It’s so pure. Irish people are surrounded by water, too.”

“I’m not an actual Gaeilgeoir,” Mullarkey admits. “I’m fortunate to have a lot of close friends who help me with Irish. I really want these songs to be enjoyed by non-Irish speakers so they can gain a curiosity. There’s such joy there. I feel like I can express things in Irish that I really can’t say in English. You can be more raw, delicate as Gaeilge. Irish is all about things happening upon you, so there’s a sense of mindfulness.”

“‘Damhsa Mall’ is about my fella’s granny,” the singer-songwriter laughs. “It’s about her love story, getting dressed up and collected on a bicycle to go to the dance. It’s a reflective celebration of her. The final Irish track is ‘Ar Buile’ is about anger and stepping away.”

The Mullarkey family is made up of more than one compelling creative.

“My dad would have played a lot of piano, and my uncle plays guitar, banjo, piano and a bit of concertina. We had a lot of music around, and it was seen as a great thing. I always wanted to be a composer. I was obsessed with films, only listening to Tchaikovsky, Chopin and Phillip Glass for far too long,” Anna laughs. “ABBA, as well, let’s be honest. I didn’t realise I could do this as a career until I was on Erasmus in Sweden. I bought a piano for €200 and it just clicked. This is what I need to be doing. I studied Philosophy and Psychology in NUIG, but I always had piano.”

Anna’s sister Mia helmed the hugely compelling visuals for ‘Falling Apart’, with contemporary dancers Robyn Byrne and Emily Kilkenny Roddy portraying a couple as they find themselves both bound together while drifting away. The divine track is underscored by Mullarkey’s dramatic piano, electronic drums, and synth.

“We work together all the time, but getting her on board was so exciting,” Anna grins. “The album cover is from her vision. ‘Falling Apart’ resonated with her musically, so the video was essentially a collaboration. I altered parts of the sound to work with her metaphor of using furniture to show the breakdown of a relationship and knowing when to end it.”

What artists collectively forged the musical DNA of Anna Mullarkey?

“Declan O’Rourke, Lisa Hannigan, Máirtín O'Connor and Daithí in more recent years. I actually feel like I learnt a large part of the trade through him. He’s ridiculously talented. Having the chance to work on new material in a way that felt safe was incredible. Frankie J. Pollard and Liam King have been two of the biggest influences on me, mixing and mastering Falling. They’re so solid. I also remember Annie Mieke let me borrow her bouzouki for a few days so I could explore, which was amazing!” 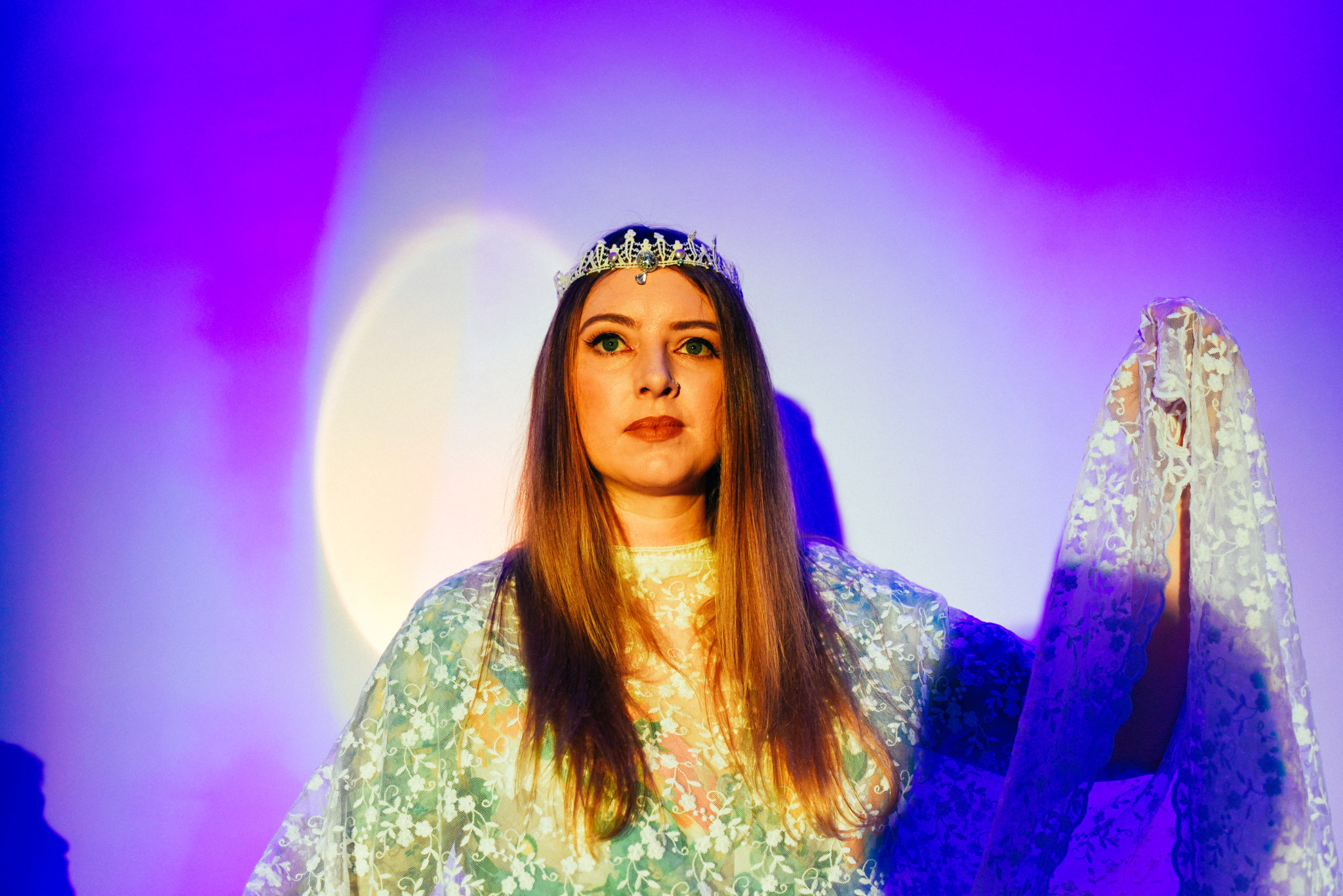 “I’m lucky to have had such highs,” Anna adds. “Performing at the launch of Galway as the 2020 European Capital of Culture, surrounded by acrobats, was incredible. Playing the Galway Arts Festival is an important milestone. I’m going on a national tour in October to score a live theatre production, so life is good. Right now, the bucket list dream is to tour the States, and the rest of Europe. I just want to experience those post-gig jam sessions!”

Falling will be released on August 19th via Strange Brew.

Sigrid: "Other Voices is the best, honestly. That night in Dingle was the most fun I’ve had in a long time"
ABBA share new 'Voyage' costumes ahead of groundbreaking digital tour
THUMPER: "Don’t think too much about what other people will feel about your music, because doing it for someone else is the death of creativity"
Mario Rosenstock: My 2021 - "The best personal moment was my son sharing a TikTok I was in"
ABBA sue “parasitic” tribute act ABBA MANIA
PREMIERE: Molijah finds love in uncertain moments on debut single 'Going'