Jenny Keane: "You’re not born knowing how to do sex. It’s something that you cultivate – through practice, through learning"
Jenny Keane.

Sex is a skill some of us might have learnt the hard way. That’s why holistic sex educator and influencer Jenny Keane is on a mission to ignite a sexual revolution in Ireland by discussing self-pleasure, toys, orgasms and why it’s not shameful, awkward or even embarrassing to have the desire to get better at sex.

Orgasm Online is one of Jenny Keane’s most successful workshops. With over 80,000 followers on Instagram, and thousands of people attending her talks, the holistic sex educator and Tantra yoga teacher is on a mission. She wants to guide her followers to identity the sexual beliefs that hold them back in expressing their sexuality to its fullest.

What, then, is holistic sex education? It talks about sex education on multiple levels – covering the physical, the mental, the emotional and even the spiritual dimensions. Jenny Keane believes that how we relate to each of these aspects of ourselves informs our relationship to our sexuality and our sex life.

Somatic therapy, she explains, can help people to connect with the sensations that they are feeling in their body.

“Somatic therapy is not just talking about the body as this object,” Jenny says. “Which can seem quite obvious, but a lot of us treat the body as something that has a particular shape and a particular size and a job to do. Instead, somatic therapy is looking at the body as a place of experience. Understanding your body and how it functions is really important for actually giving you options and choices about how to engage with your sexuality – and that is ultimately agency, which is ultimately empowerment.”

The repression of sexual appetite does not end there. Especially for younger people, sex can often be about “getting the job done” – valuing ‘efficiency’ over making a proper connection.

“It’s often more about performance than it is about pleasure,” says Keane, adding that this stems from a lack of sex education. “They’re worried about getting it wrong and making mistakes, which is actually what sex is all about, right? Because otherwise, we put sex on this kind of pedestal where it has to be perfect. And the notion of sexual perfection is probably one of the biggest killers when it comes to our sexuality.”

Proper, pleasure-focussed sex education is the answer. Ideally, it should encourage sexual creativity, be it introducing toys, new sex positions or exploring kink. In all of this, Keane emphasises the importance of creating a like-minded community, because “it’s really important for people to understand that they’re not alone.”

Instagram limits conversations about sex, with the stated objective of preventing pornography and predatory content. The flipside is that this also impacts sex education. But Jenny has shown that it can still be a useful platform, where people can share responses anonymously and choose a level of participation that makes them feel comfortable.

“I went online with this in April 2020 and I had 2,000 followers,” reflects Keane. “The following has grown organically to over 80,000 and I have thousands of people who are still a little bit worried about actively following me.”

She has identified two key drivers for people to follow her workshops: inspiration or desperation.

“Inspiration is this desire to know more than you currently know,” she says. “To widen their frame of reference, to expand their sexual imagination, to learn how to implement things that they might want to experience – and to understand how to experience them. The desperation part is where people are coming face-to-face with sexual issues.

“With women, the top three biggest sexual issues would be, in this order, low libido or a lack of interest in sex; an inability to orgasm or not actually knowing if they’ve ever orgasmed; and – the third one – is pain during sex. For men, it would be erectile dysfunction, premature ejaculation and low libido – and again, it would be in that order.” 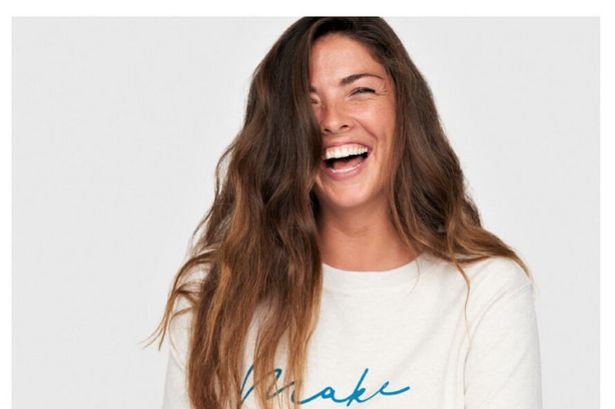 COMMUNICATING WHAT YOU WANT

While sex is, of course, about more than reaching orgasm, many women are unaware that they can experience multiple different types of orgasms.

“You can have a mental orgasm, so this is where you’re closing your eyes and you’re able to bring yourself to orgasm, just through visualisation; or skin orgasms, which look like goosebumps on your body. Corgasms tend to happen to people, more so during exercise.”

One of the key points when it comes to sex – and life in general – is communicating what you want. This can be hampered by two factors.

“First of all,” says Keane, “there’s the belief that we’re not going to get it right or that we don’t deserve it. And then secondly, a fear of rejection that comes from our inability to say no. But also, not being used to hearing a no.”

However, the idea of sexual wellness is not about achieving a constant state of bliss and ecstasy. It is much more about learning how to oscillate between the states of stress and ease, and how to do so easily.

Other parts of the world – think Roe v. Wade in the United States – are moving backwards. But Ireland, Keane insists, has been making great leaps forward.

“Up until this year, we actually haven’t had a new sex ed curriculum in 20 years,” she says. Now, things are set to change as the National Council for Curriculum and Assessment (NCCA) has undertaken a major review of Relationships and Sexuality Education (RSE) in primary and post-primary schools.

“The new curriculum is such a big movement forwards that will be introduced into schools in 2023,” Keane enthuses, “because it’s talking about student-centred education, which is really important. It also talks about the difference between sex [meaning sexual activity] and sexuality, which includes our gender identity, how we express that gender, our relationship to ourselves, our relationship to our body and our body image. I read it and I have to say, it’s really comprehensive.”

In terms of her own contributions to sex education, come 2023 Keane has “tonnes of things in the pipeline.”

“I definitely have this drive to do things faster than I think is actually possible, unless I was able to clone myself,” she laughs. In the end, it is all about keeping the conversation going.

“You’re not born knowing how to do sex. It’s something that you cultivate – through practice, through learning.”

• For upcoming events, workshops and courses, check out jennykeane.com

Read more in the brand new issue of Hot Press, out now.