The protesters also presented a list of demands to the university, including a refund of tuition fees.

Trinity students protested yesterday evening over what they have called the 'botched' reopening plan for the university.

A number of Trinity College Dublin student organisations held a protest on-campus to demonstrate against TCD's reopening plan, which was announced on August 27th.

Over 300 students, including representatives from student groups such as Students 4 Change, TCD F2F, Trinity Renters' Union, Labour Youth and TCD Student Union, were present at the protest outside the Dining Hall.

The TCD campus is currently closed to visitors, and student numbers are restricted. The university guidelines, published here, provide for online lectures where there are 150 or more students, while those under 50 should be in-person and those in between are at the discretion of each School.  These regulations will be in place until the end of November, when they will be relaxed to allow for more in-person campus experiences, provided infection rates remain low.

However, student organisations have been incredibly critical of the restrictions laid out by TCD. According to László Molnárfi, chairperson of Students 4 Change and a second year Philosophy, Political Science, Economics & Sociology student at TCD, the reopening plan has caused a multitude of issues for students.

"They didn't communicate to us clearly or early enough the reopening plans. This led to students taking up accommodation that they didn't necessarily need, accommodation is already super expensive," he explained. 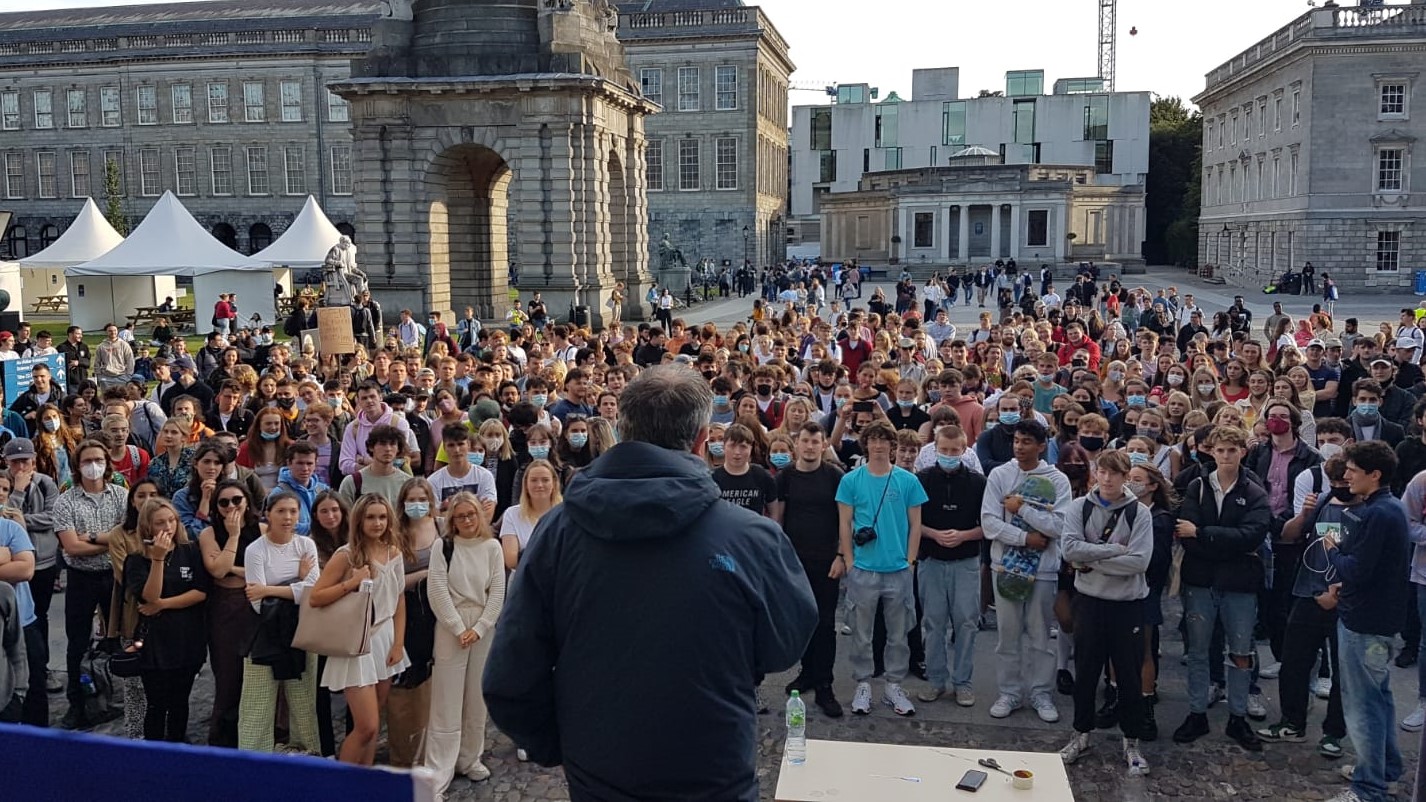 He was also critical of the manner in which tuition was divided between online and in-person, as at present many online lectures are delivered live and are not recorded.

"Right now we get the worst of both worlds," he said.

The organisers also sent a petition with a list of demands to TCD Provost Professor Linda Doyle, including an apology for the handling of the reopening, along with  a refund of tuition fees. Their full letter and list of demands can be found here.

New Irish Songs To Hear This Week
100 Voices #AllAgainstRacism: Cen Manu – "Racism is still very much at large worldwide – and Ireland is not immune"
Live Report: Glass Animals deliver masterful performance at 3Olympia Theatre
Damien Dempsey: "It’s important, to be able to show that you’re not always tough, that you’re also soft, or feel broken or smashed up or vulnerable at times"
In The New Issue: Joy Crookes and The Beatles Star in Flip-Cover Special
100 Voices #AllAgainstRacism: Jacknife Lee - "The white world still thinks it’s at the centre of everything, like an old colonial map"