Irish pop-rock juggernaut Kodaline played to a packed crowd at the Olympia Theatre last night as part of their national acoustic tour.

The soon-to-be-packed-out 3Olympia Theatre was building up capacity when openers Wyvern Lingo took to the stage. “It's like a cake building," guitarist Saoirse Duane said upon entering The Olympia’s decadent auditorium.

The lush earthy harmonies of songs from the trio's latest album Awake You Lie settled the audience in for the evening to come. ‘Only Love’ and ‘Rapture’ proved to be two particularly lovely offerings from the Bray act. Wyvern Lingo also delivered a chilling piano cover of 'Just A Girl' by No Doubt, warming up the stage with ease for headline act Kodaline.

As the auditorium was bathed in a purple wash of light, Kodaline stepped out before the cheering crowd. They began by layering in each of their instruments one by one, curating electric levels of anticipation as the seconds passed. Acoustic guitar, cello, keys, drums, and electric guitar were introduced until Steve Garrigan's warm, velvet vocals completed the soundscape. 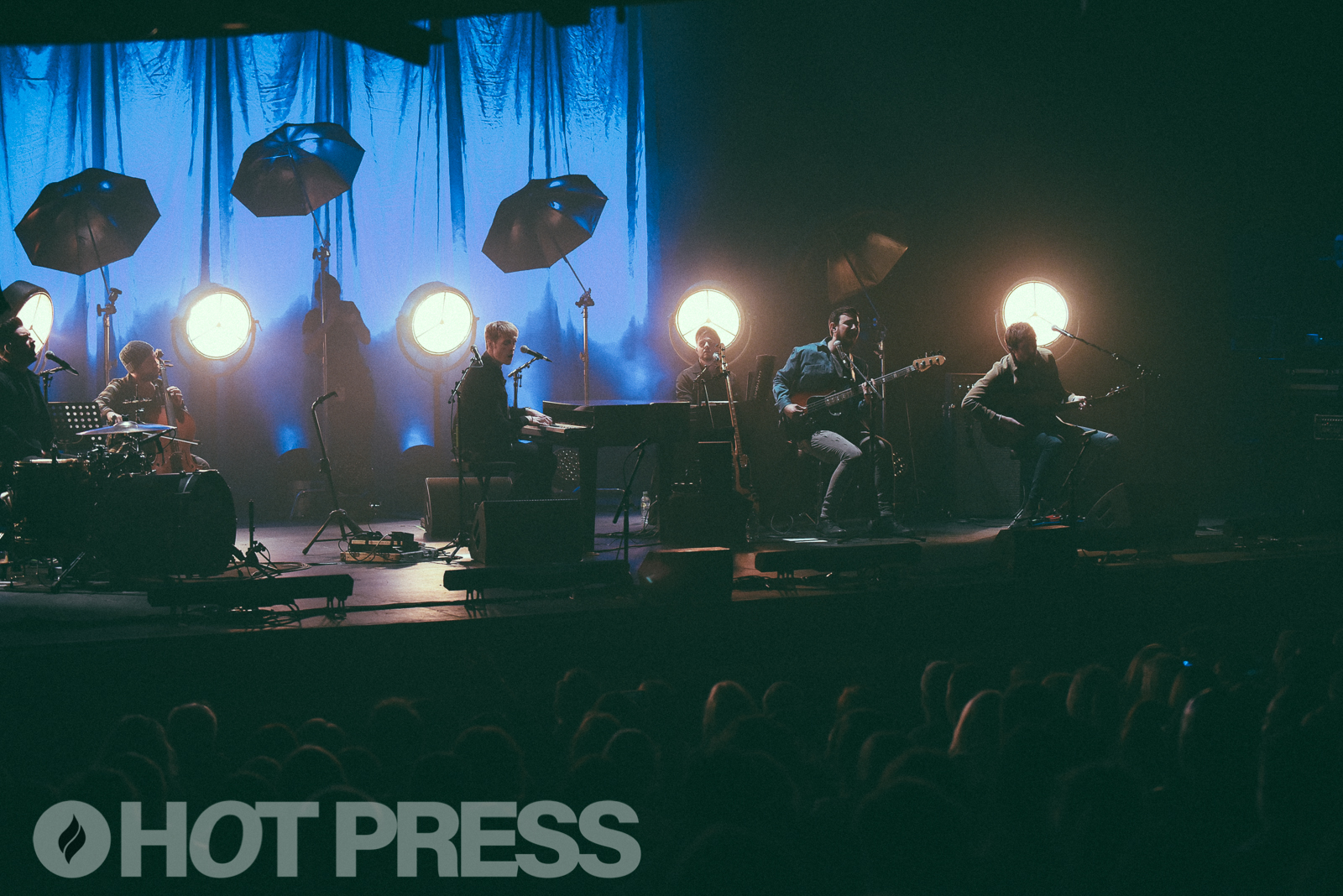 When Kodaline opened with ‘Wherever You Are’ from their latest album One Day at a Time, the audience were already singing along, nailing every word. It was as though the lyrics had been heard on repeat for years. In a way they have, as Kodaline were forced to halt their touring circuit for  several years due to the Covid-19 pandemic two years ago.

Marking their debut acoustic tour, the stripped back aesthetic is a totally new experience for the Dubliners.

“We're excited to do our first ever stripped down, fully acoustic tour, it's something we've wanted to do for a long time,” said frontman Steve Garrigan. Even with pared back instrumentation, the chart-topping outfit delivered a noticeably full sound brimming with warmth and intensity. 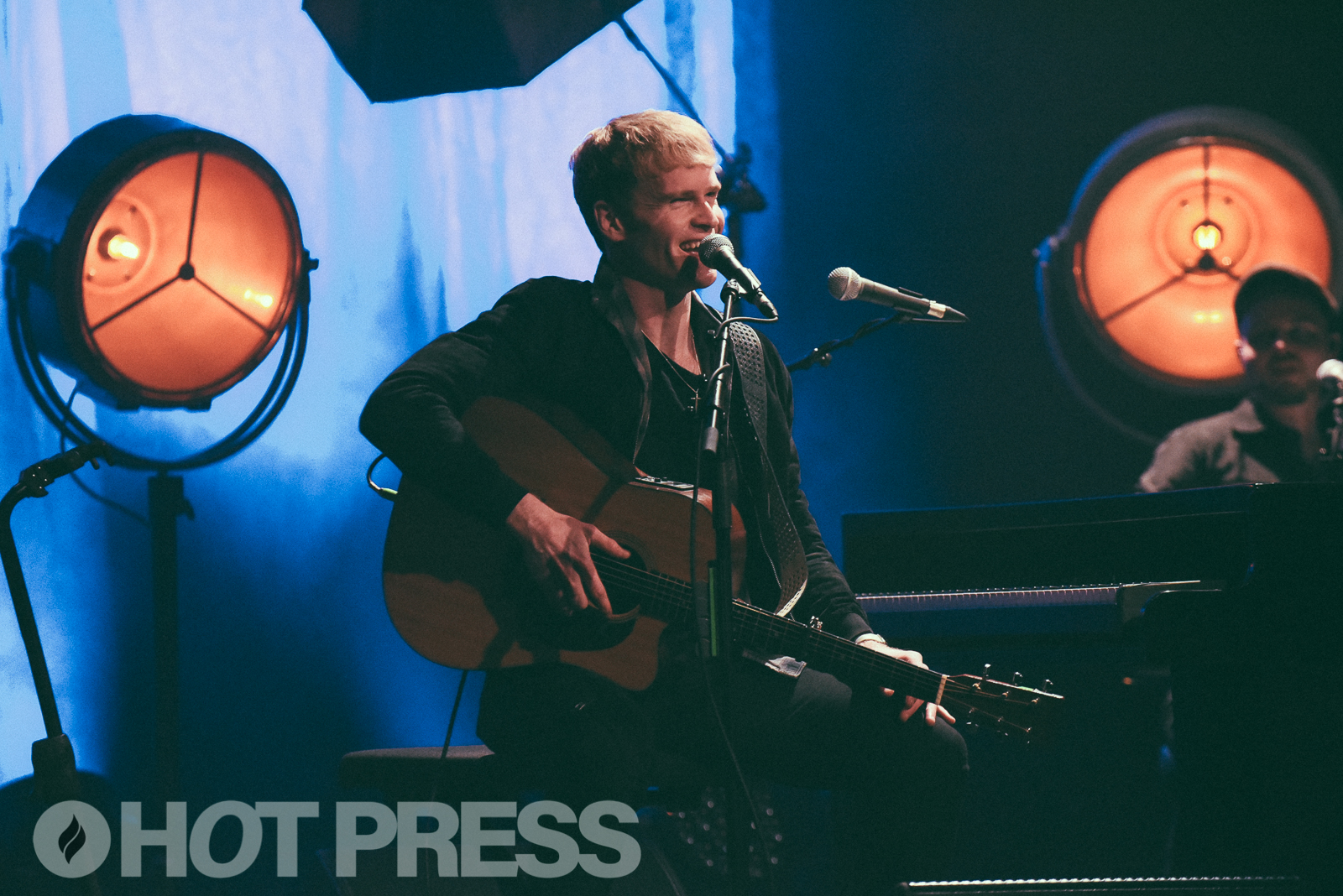 The long-time band then moved into the bright sparkling tune of 'Brand New Day', a song from their first album In a Perfect World. Even these older songs evoked spirited vocal accompaniment from the audience. If only the young man sitting next to me had been a better singer...

This was followed by the exceedingly romantic wedding-ready ballad ‘The One’. “You make my heart feel like summer,” Garrigan cooed.

At this point, the stage and the theatre had really started heating up (literally and metaphorically). Steve then removed his flannel jumper prompting a wave of "Oohhh”s from the audience. “It's not that kind of show,” percussionist Vincent May quipped. 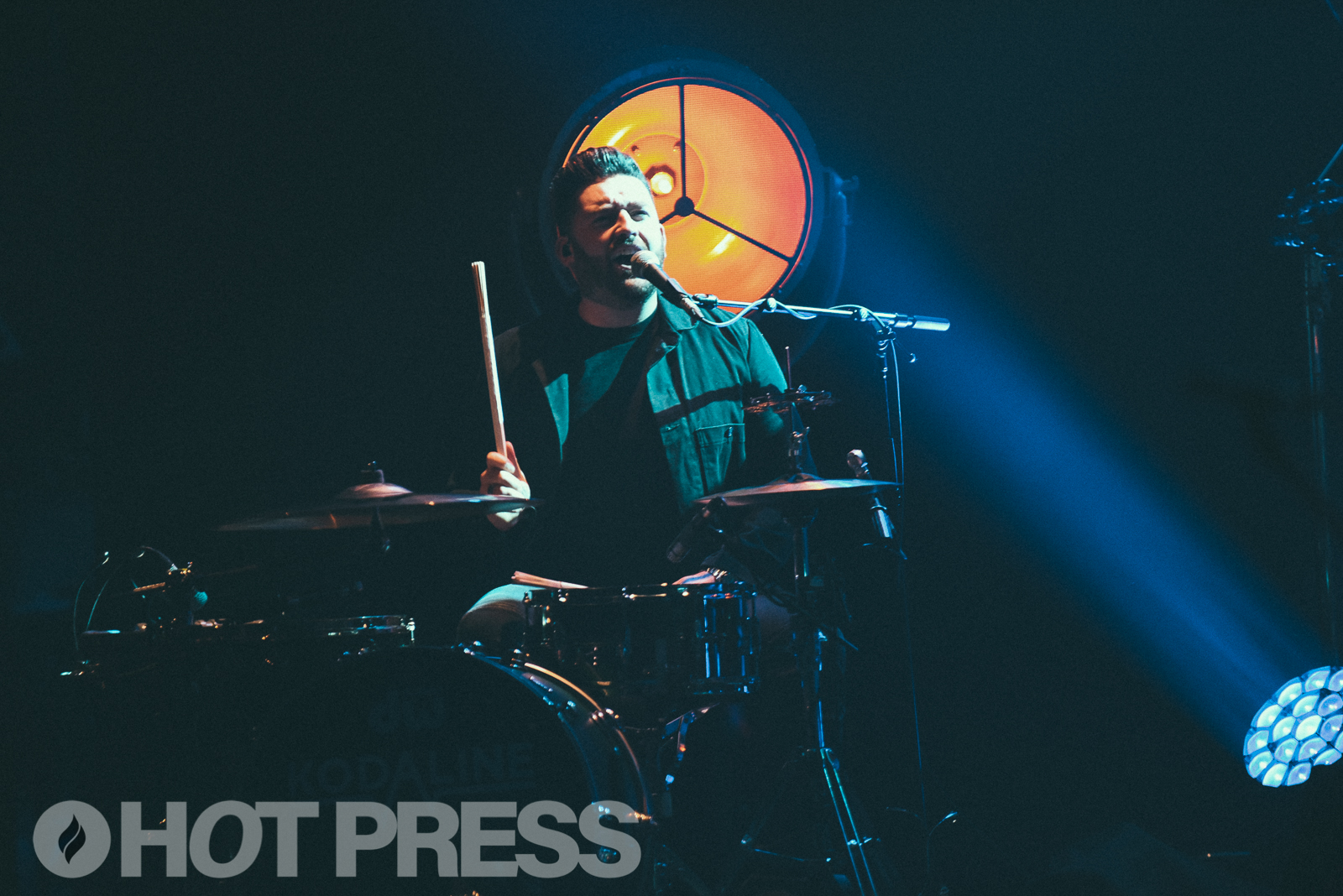 Kodaline then mixed things up with a surprising cover of Michael Jackson's 1982 hit ‘Billie Jean’. The iconic pop-disco song about a paternity claim took on a much broodier turn with Garrigan's lone piano accompaniment and the band's spine-tingling harmonies.

The energy in the venue then went from a low simmer to a feverish boil in mere moments as Garrigan broke out his harmonica for a cover of 'Dirty Old Town'. The Irish standard was originally made famous by The Dubliners and The Pogues back in the day. 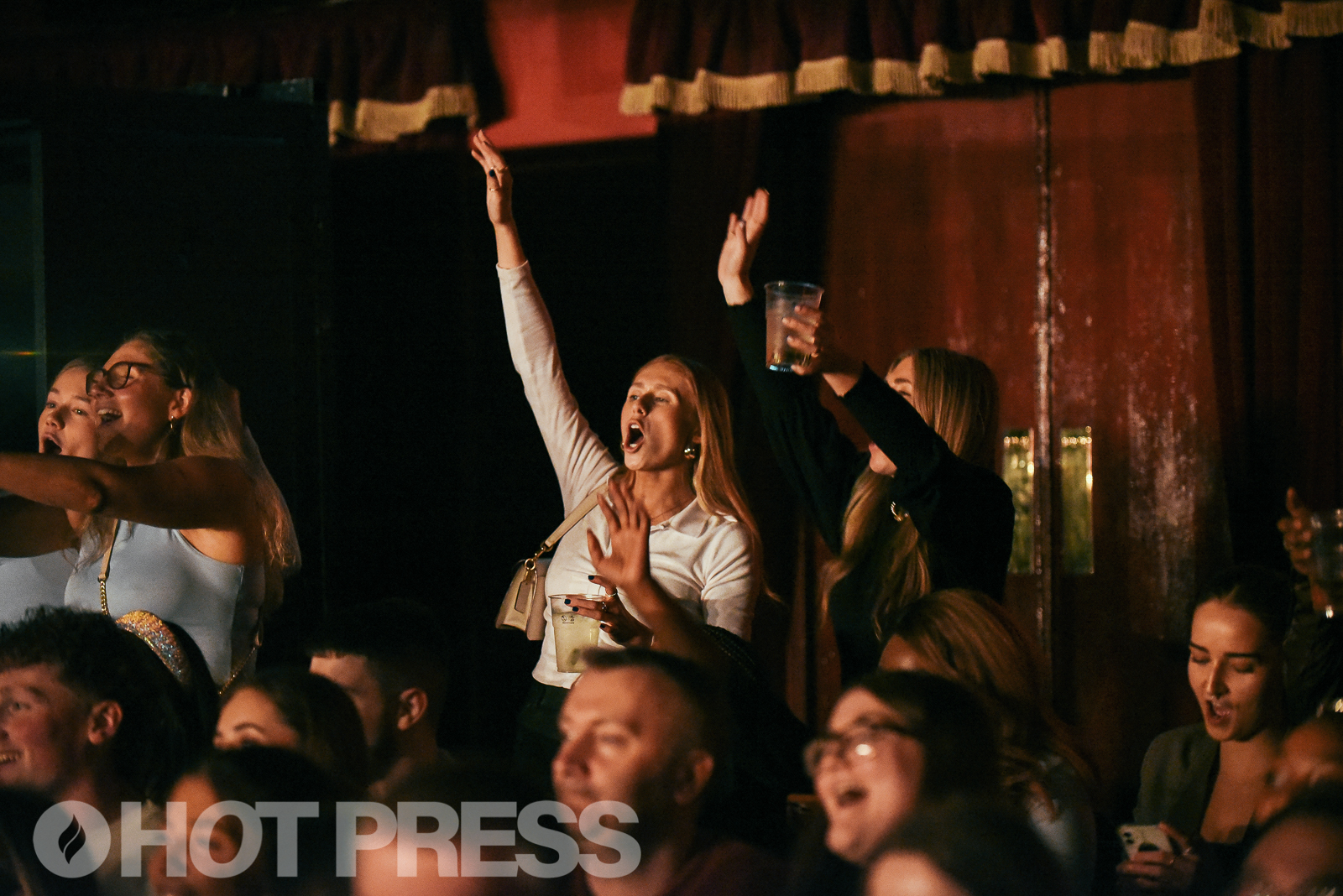 What followed were a scattering of songs from the band's previous albums, including 'Moving On', 'Love Like This', 'Love Will Set You Free', and 'Sometimes'. While the quality in each song individually is commendable, the variety within each ballad could arguably have brought more range - despite tempo changes.

The band ended the show with soaring anthem ‘High Hopes’. This marked the band’s first song to reach number one on the Irish Singles Chart since they changed their name from 21 Demands to Kodaline in 2012.

After they left the stage, the lights stayed down as the crowd pleaded for more. After several minutes Kodaline sauntered back out to roaring applause and delivered an inevitable four song encore. “This must be a Dublin crowd,” Garrigan mused, leading to a further eruption from the audience.

The pop act's encore started off with an acoustic cover of the beautiful 'Bring It On Home to Me' by Sam Cooke. The band members stepped out onto the apron with just one guitar and sang the gorgeous cover without even using any mics. It was undoubtedly the most intimate moment of the night.

What followed were three more of the band’s most popular hits; ’In a Perfect World’, ‘Everything Works Out in the End’, and final track ‘Someday’. 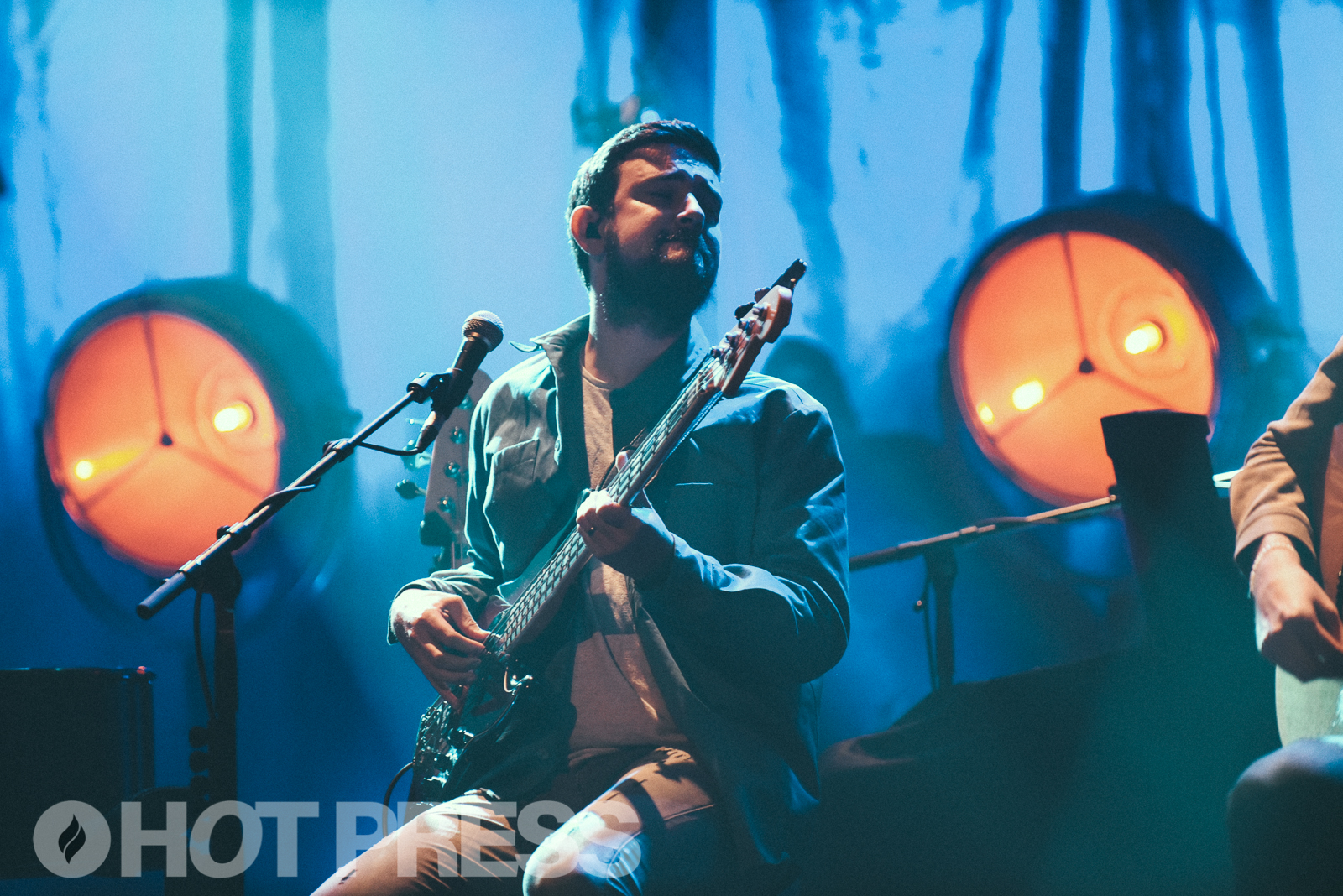 Kodaline is an unabashedly sentimental band that wears its heart on its sleeve and takes pride in delivering warm pop songs. I'd be lying if I said they didn't get my emotional cogs turning, there's a reason the band have such immense radio play and streaming numbers.

Originality aside, Kodaline’s songs are filled with the power of arena anthems. If the 3Olympia Theatre was like a cake last night, as Wyvern Lingo so deftly described it, then Kodaline made for a pretty savoury musical filling.

The Dublin natives will end their acoustic tour with another sold out performance at the 3Olympia Theatre tonight.

Listen to Kodaline's latest album One Day at a Time below: