Fresh off the announcement of their first Grammy nomination, Oxford band Glass Animals performed a killer set at Dublin's 3Olympia Theatre on Wednesday night, November 24. It was the first of two nights in the Irish capital, and their strong, cohesive performance captivated the audience.

Biig Piig opened the night, singing a handful of her songs, both released and unreleased. Accompanied by her band, which included an excellent saxophonist, the London-based Irish singer and rapper performed her indie alternative tunes. Her final song, 'Feels Right,' was particularly dance-y and an excellent intro before the main act. 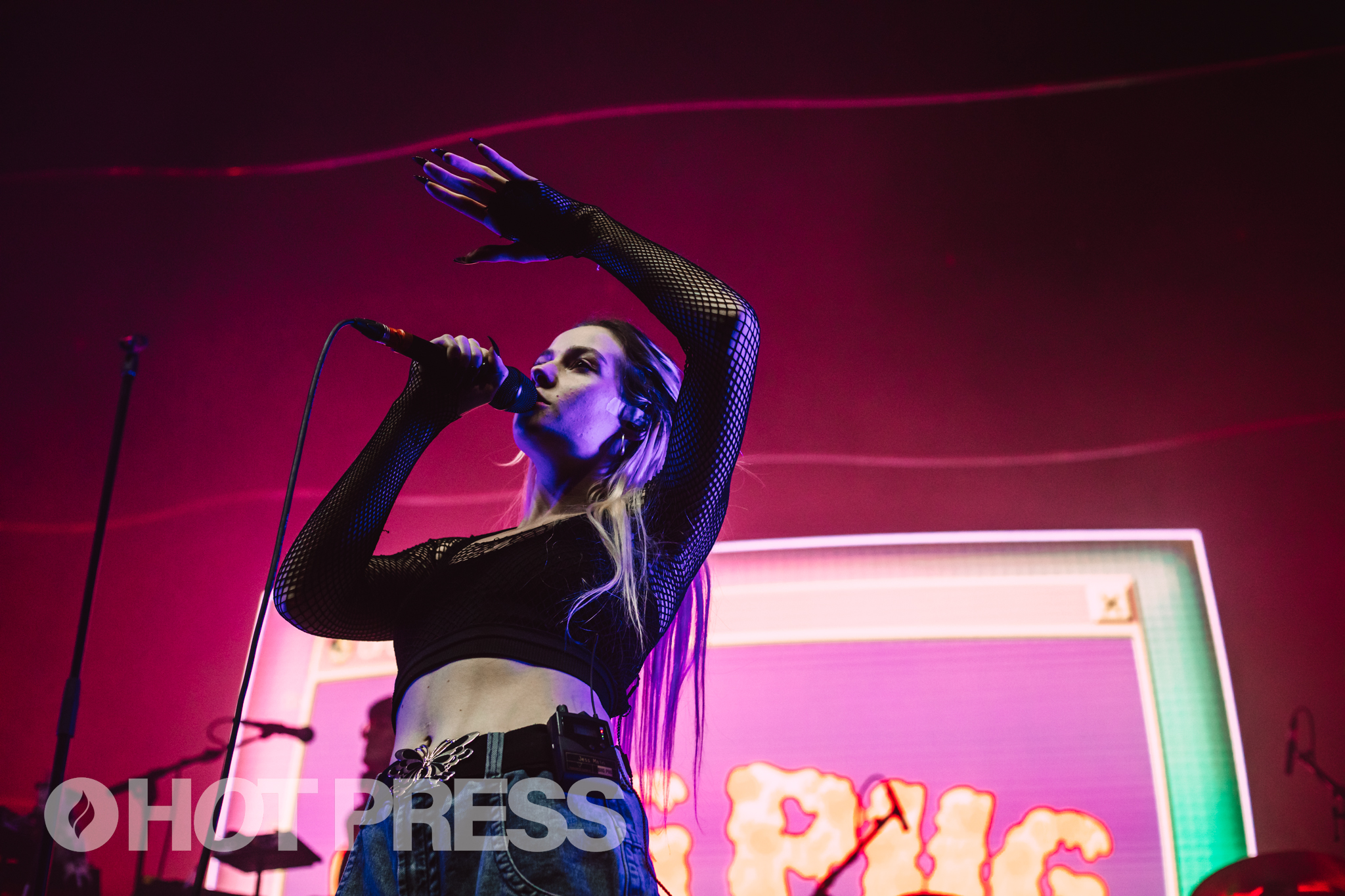 After Biig Piig, the familiar Glass Animals loading screen appeared at the back of the stage, counting down to the start of the concert. When the clock hit zero, the band – made up of frontman Dave Bayley, drummer Joe Seaward, bassist Ed Irwin-Singer and guitarist/keyboardist Drew MacFarlane – walked out, greeting the crowd before launching into 'Life Itself,' the opening track from their 2016 record How To Be A Human Being. It was a perfect opening to the concert because of its popularity and danceability.

Despite being a concert in support of their third album Dreamland, the show also featured some of their greatest hits and fan favourites from both How To Be A Human Being and their 2014 debut ZABA. The result was a cohesive, seamless performance made up of the best that Glass Animals have to offer, presented in a vivid, lively set on a stage decked out with familiar Dreamland iconography and colours. 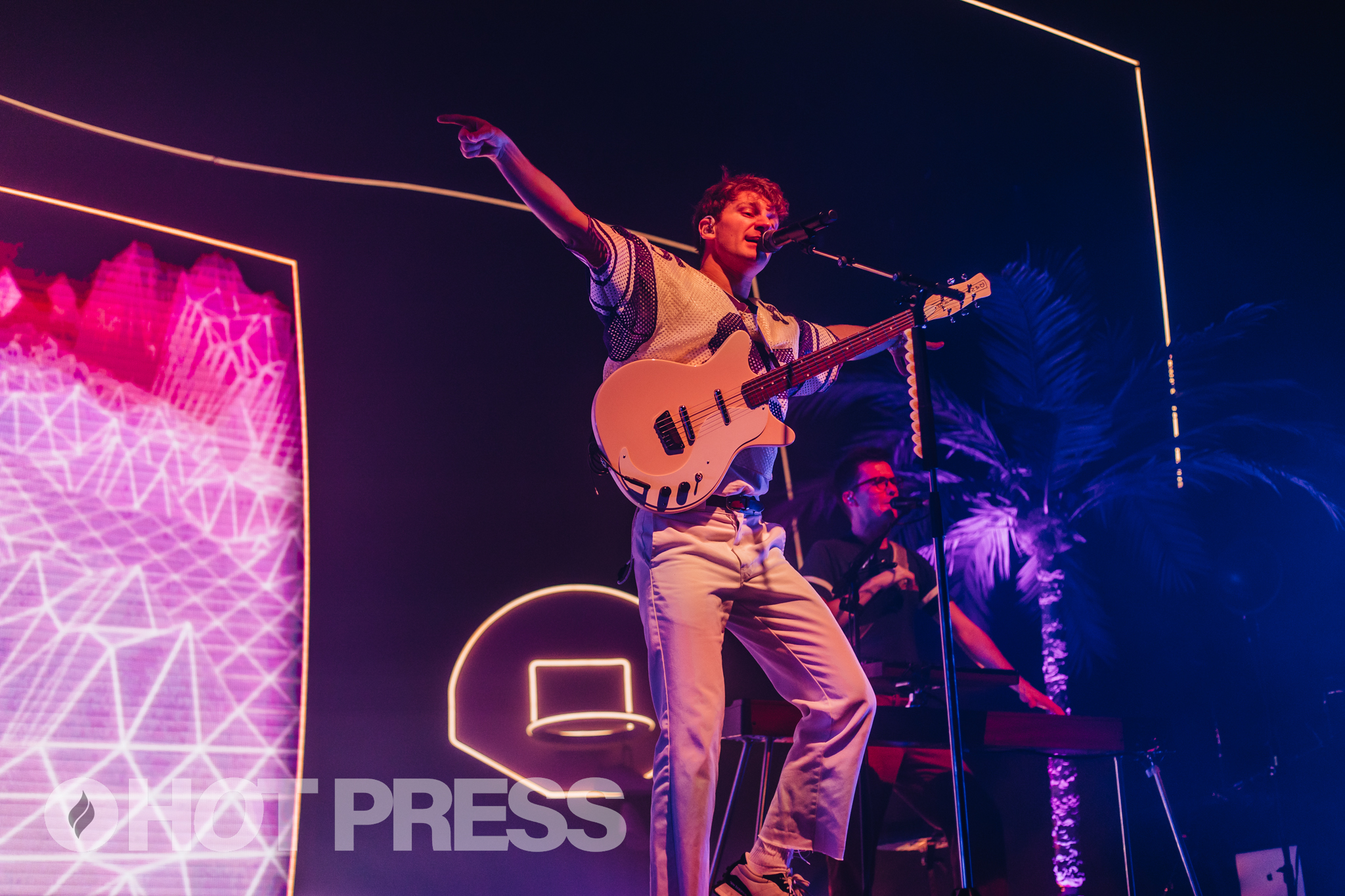 Following the performance of their latest single 'I Don't Wanna Talk (I Just Wanna Dance)' and Dreamland's 'Tangerine,' the band threw it back to their classic 'Black Mambo.' Newer track 'Hot Sugar' was up next, before How To Be A Human Being's 'The Other Side of Paradise.' Jumping between albums kept the audience on their toes in anticipation, not knowing what song would come next until the first notes were played.

The middle of their set consisted of Dreamland songs 'Space Ghost Coast to Coast,' 'Waterfalls Coming Out Your Mouth,' 'It's All So Incredibly Loud' and 'Your Love (Déjà Vu).' Older tracks 'Take A Slice,' 'Gooey,' 'Youth' and 'Pork Soda' were played last, ending the set with their classics. 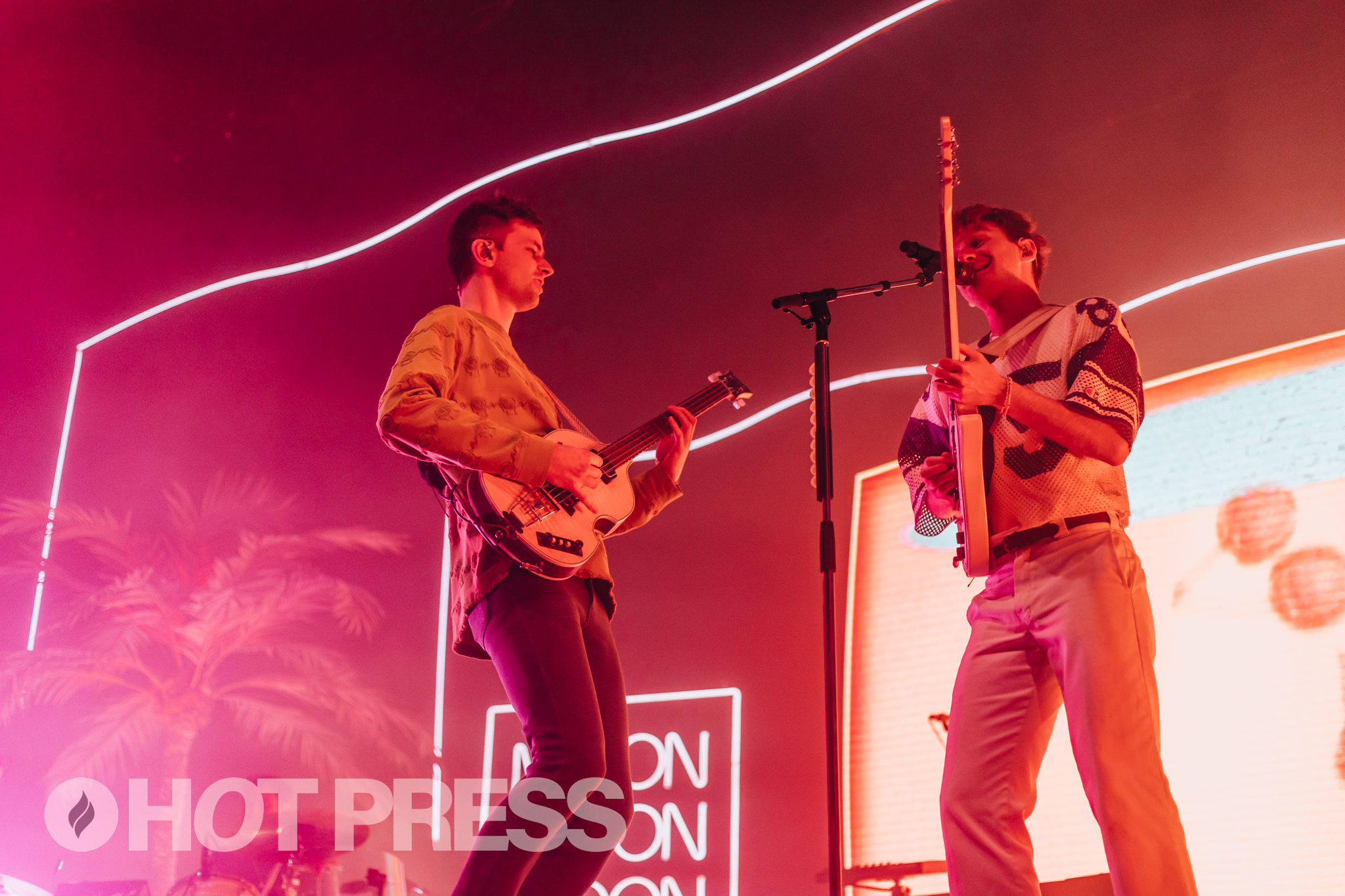 It was clear throughout the entire concert that the crowd was having the time of their lives. Between a couple songs, they cheered olé olé olé, momentarily pausing the concert. Bayley and the other Glass Animals members couldn't help but pause in awe, watching the crowd sing for them.

After chants of "one more tune!" the band returned to the stage for their encore, performing 'Tokyo Drifting' and 'Heat Waves.' The latter was perhaps one of the most highly-anticipated songs of the night considering its recent rise in popularity with over one billion global streams.

Bayley said the it was the "best show of tour" so far, and I'm sure anyone in the audience last night would agree that it was a phenomenal performance.

Live Review: Des Bishop brings laughter and tears to the 3Olympia Theatre
Bono – Stories of Surrender in Dublin: "Why would he put himself through this? Now we knew…"
Live Report: Rina Sawayama brings electric atmosphere to Dublin's 3Olympia Theatre