Dublin artist For Those I Love performed a powerful set of songs from his eponymous debut album last night at Dublin's 3Olympia Theatre.

Dublin's 3Olympia Theatre witnessed a spectacular performance from David Balfe, also known as For Those I Love, last night, November 17. The Dublin producer and songwriter used a beautiful combination of audio and visual elements to present his incredible, heart-wrenching set.

Opening the night was Jordan O'Leary, who wowed the crowd with his solo folk music. Although he's famed for his work as a member of The Scratch, O'Leary held the stage perfectly on his own, performing tracks like 'Portlaoise Jail,' 'Sullivans John' and 'Skibbereen' from his 2021 EP The Burren Tapes.

Hoots, hollers and whistles could be heard from the audience in response to his traditionally-inspired playing, which included his use of the banjo, guitar and tin whistle. 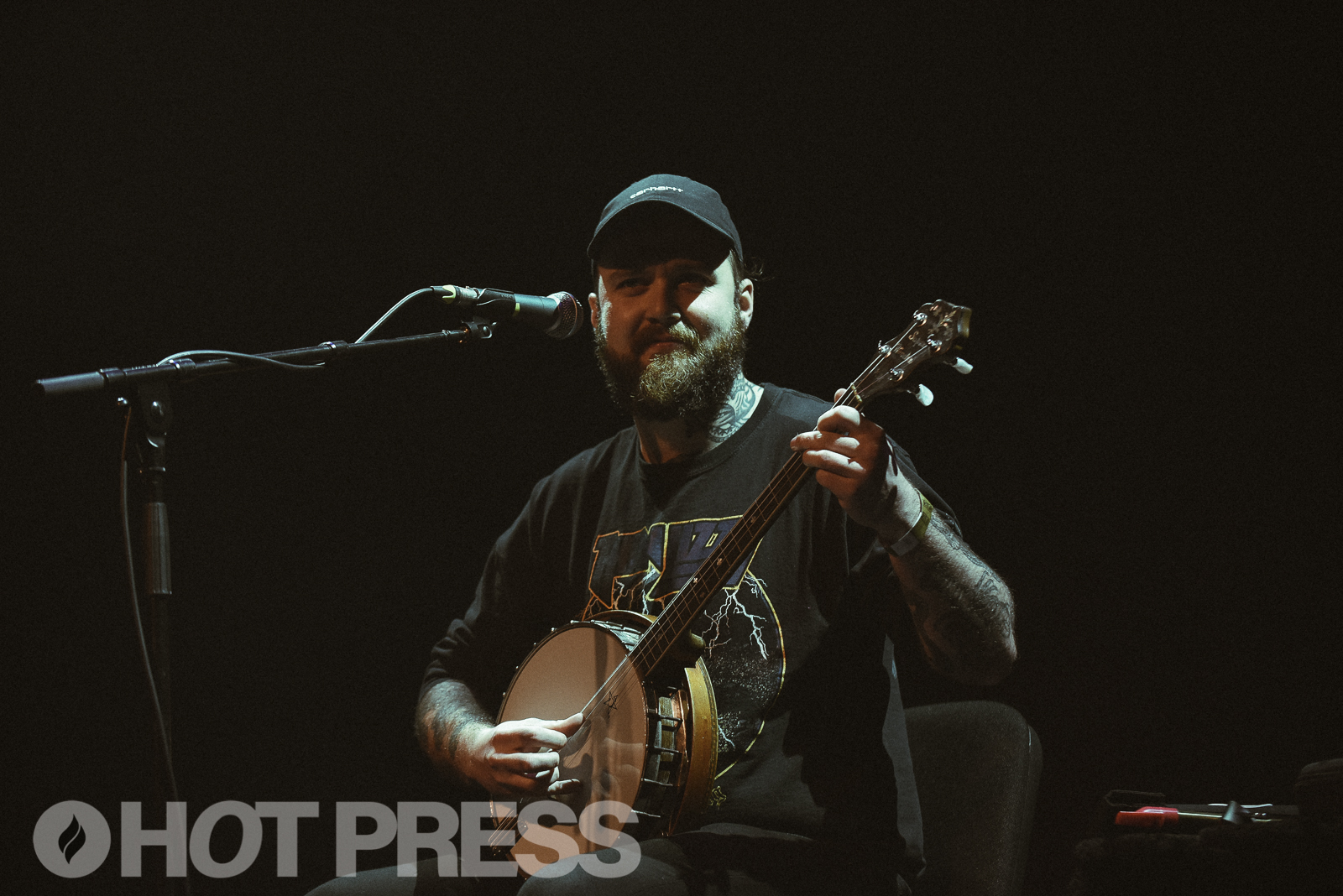 The 3Olympia's red curtain went down between sets, but when it finally came up, it was clear that the audience was in for a special treat. The curtain rose to reveal metal scaffolding, a ladder, a shopping trolley, a Shelbourne Football Club flag and a bed of flowers scattered on the stage.

Following a recording of a folk song, Balfe himself appeared on stage, jumping right into For Those I Love's opening track, 'I Have A Love.' Mid-song, the rapper stepped back to watch the videos playing on the screens showing vignettes from 2006 to 2017 with his friends – namely, Paul Curran, whose suicide in 2018 inspired Balfe's debut album. 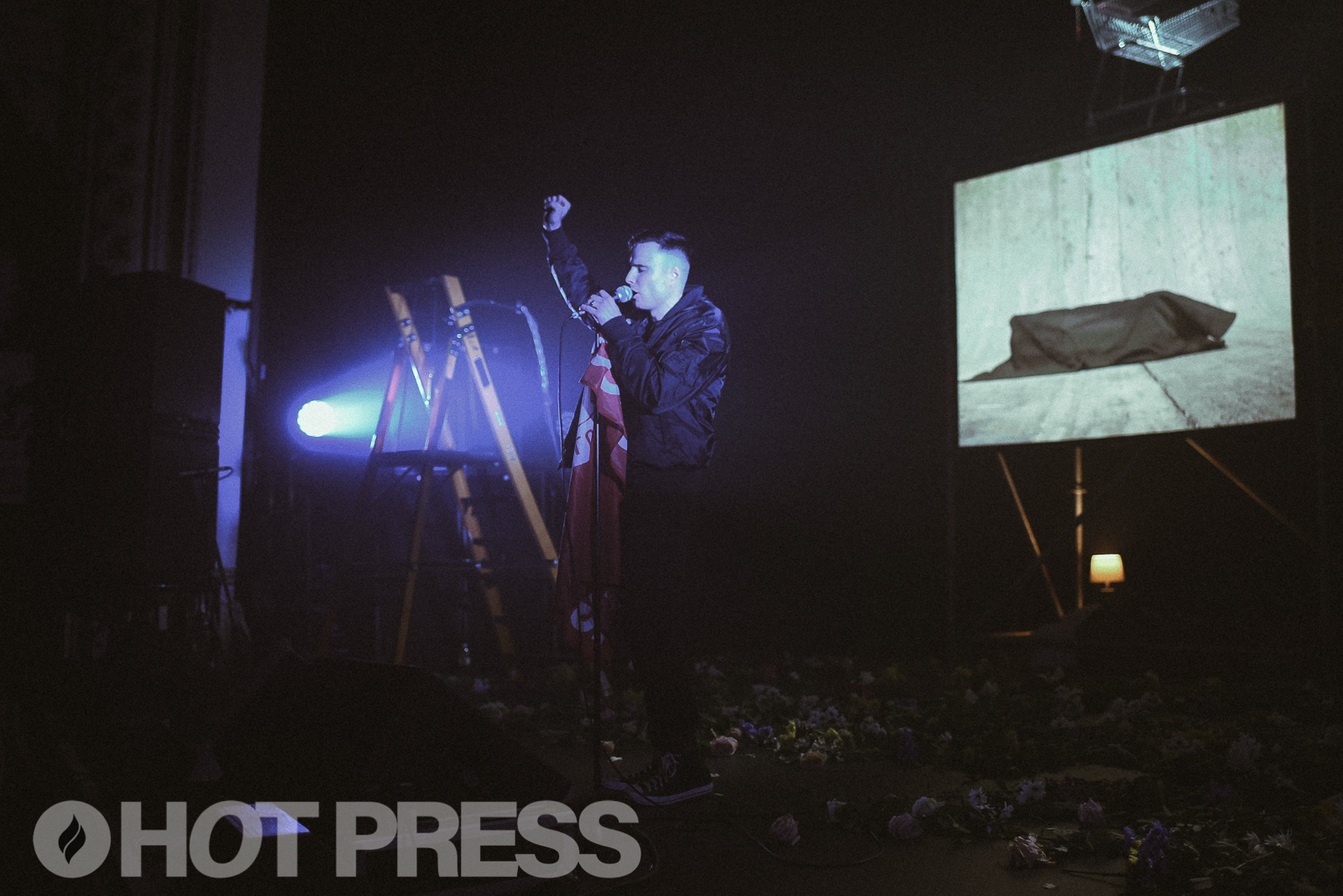 For Those I Love at 3Olympia. November 2021. Copyright Miguel Ruiz.

Through tracks 'You Stayed / To Live,' 'The Shape of You,' 'Birthday / The Pain' and 'You Live / No One Like You,' the rapper spoke of life, love, and struggle. The audience was in awe, paying rapt attention to Balfe's hard-hitting lyrics and intense passion. Though the songs come from a place of pain and grief, they were accepted with warmth, compassion, and love from the crowd. 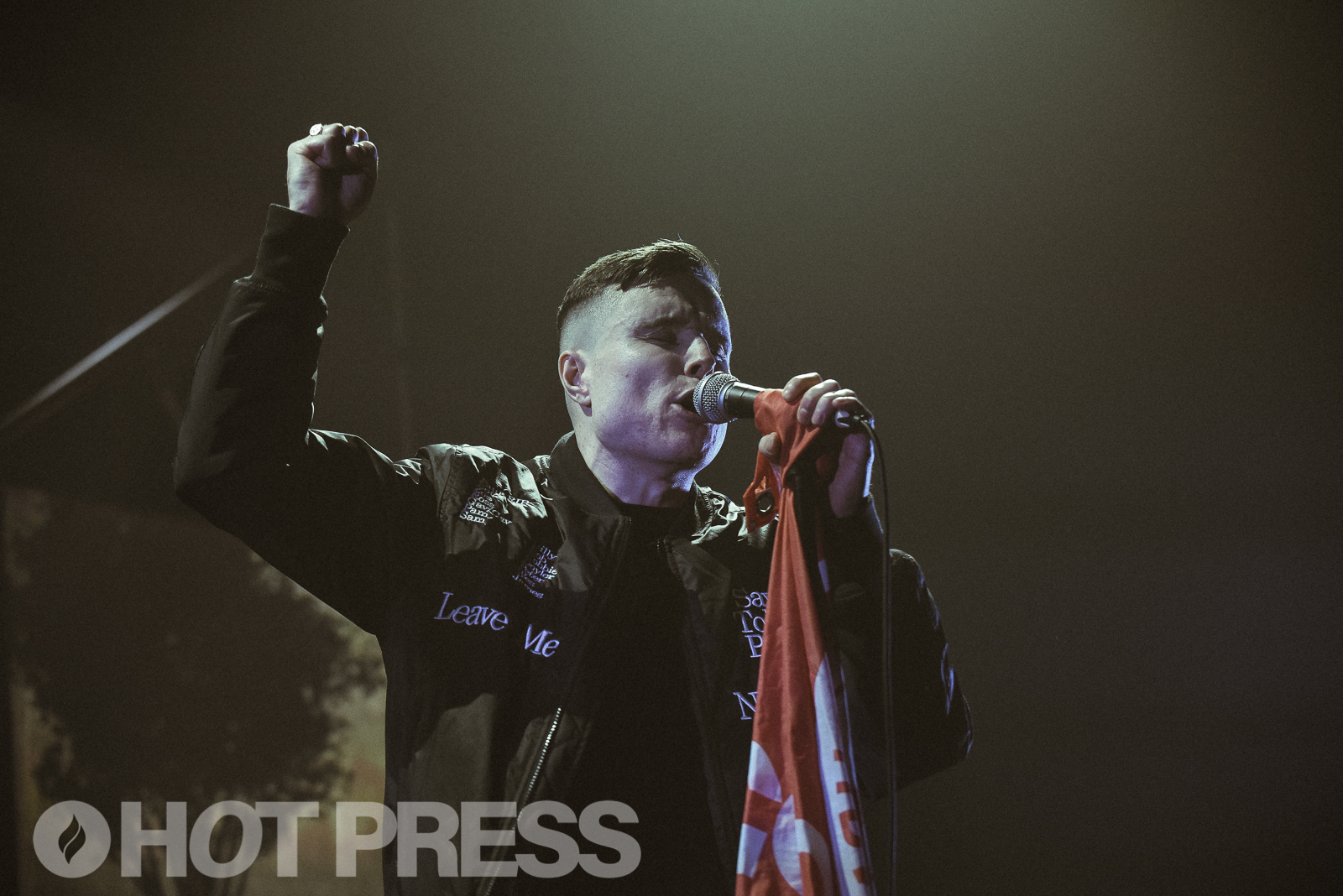 For Those I Love at 3Olympia. November 2021. Copyright Miguel Ruiz.

Before ending the night with 'Leave Me Not Love,' Balfe took a moment to recognise his friends and family, many of whom were in attendance. He named each person that had an impact on his life, including Curran, and also recognised all those the audience may have lost in the last year as well. When the lights illuminated the audience, everyone cheered and gave the rapper a standing ovation. Flags saying "Save Tolka Park" were also highlighted, representing the campaign to save the Drumcondra stadium.

The night was a beautiful celebration of grief, love, life, struggle and everything that it means to be human. By singing about his "love for [his] mates, forever and a day," Balfe transported the audience to a place of compassion and understanding. He urged the crowd to celebrate their lives, and it's no doubt that everyone that walked away from the concert felt the weight of his words.

See more photos from For Those I Love's performance at Dublin's 3Olympia Theatre here.

Revisit For Those I Love's interview with Hot Press' Stuart Clark here.