In The New Issue: Fontaines D.C. Grace The Cover Of Hot Press Ahead Of The Release Of Skinty Fia
Credit: Filmawl

As Fontaines D.C. prepare to unleash their hotly anticipated third album, Skinty Fia, on the world, the Grammy-nominated Irish band grace the cover of the new issue of Hot Press.

Frontman Grian Chatten and drummer Tom Coll discuss how their experiences as Irish people living in London has informed the new project (out on April 22).

"A large part of what Skinty Fia is about is the way Irishness becomes exaggerated and embellished when we’re abroad," Grian reflects. "And how, whether it's in parts of London, Boston or Vancouver, we still cling together for various reasons ,including the discomfort of being ‘othered’, which I’ve been feeling. It’s fertile soil for creativity.” 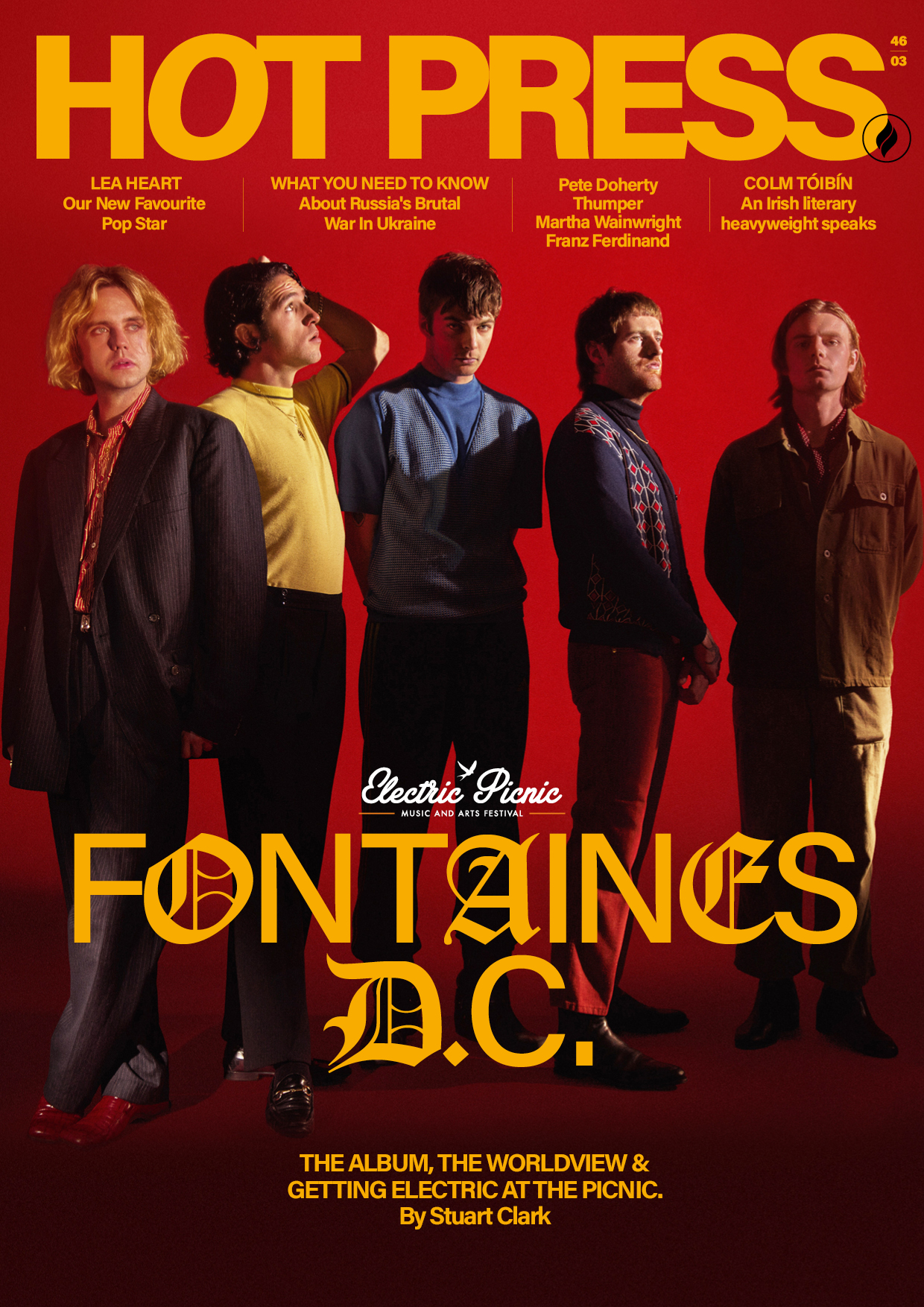 Toxic masculinity, Nick Drake, Denise Chaila, Sinn Féin, and Shane MacGowan are also on the agenda, as the band – who are set to play Electric Picnic later this year – give us their take on the tumultuous events of the past two years.

Plus – in a special Frontlines report, we hear from a Ukrainian trying to survive, and an Irish aid worker who describes the crisis on the border with Romania.

And that’s just for starters! So don’t miss out. Pick up a copy of the new issue of Hot Press now…