The Saw Doctors' debut album is No.3 on the Official Irish Albums Chart – 30 years after it was first released
The Hot Press Newsdesk

If This Is Rock And Roll, I Want My Old Job Back has scored the biggest week of vinyl sales of 2021 so far.

Following the reissue of The Saw Doctors' debut album, If This Is Rock And Roll, I Want My Old Job Back, on vinyl for its 30th anniversary, the Galway band are No.3 on the Official Irish Albums Chart.

The record, which originally peaked at No.1 in 1991, has also claimed the biggest week of vinyl sales this year so far – surpassing the record set by our current cover stars Inhaler two weeks ago.

The 30th anniversary vinyl reissue of @sawdoctors' If This Is Rock and Roll, I Want My Old Job Back is Number 3 on this week's Official Irish Albums Chart and claims 2021's biggest week of vinyl sales 👏 https://t.co/8Mb1CK00SB pic.twitter.com/DmTjjOFJLi

If This is Rock and Roll… reached No.1 in Ireland on its release, and went on to sell over a half a million copies worldwide, on the back of the hit single ‘I Useta Lover’ – which stayed at the top of the Irish charts for nine weeks in 1991.

The new vinyl reissue features all fifteen tracks from The Saw Doctors' debut album, including
the Top 5 Irish singles ‘N17’, ‘Red Cortina’ and ‘That’s What She Said Last Night’.

To celebrate the 30th anniversary of the release of If This Is Rock and Roll, I Want My Old Job Back, The Saw Doctors have also produced a 20-page souvenir booklet to accompany the vinyl reissue. The booklet will include stories and memories from band members, Pearse Doherty, John Burke, John Donnelly, Davy Carton and Leo Moran on the writing and recording of the debut album in Loco Studios in Wales, as well as archive photos by Frank Miller from the debut album photo shoot in Galway in March 1991.

The vinyl reissue of If This Is Rock and Roll, I Want My Old Job Back is out now – and can be ordered here. 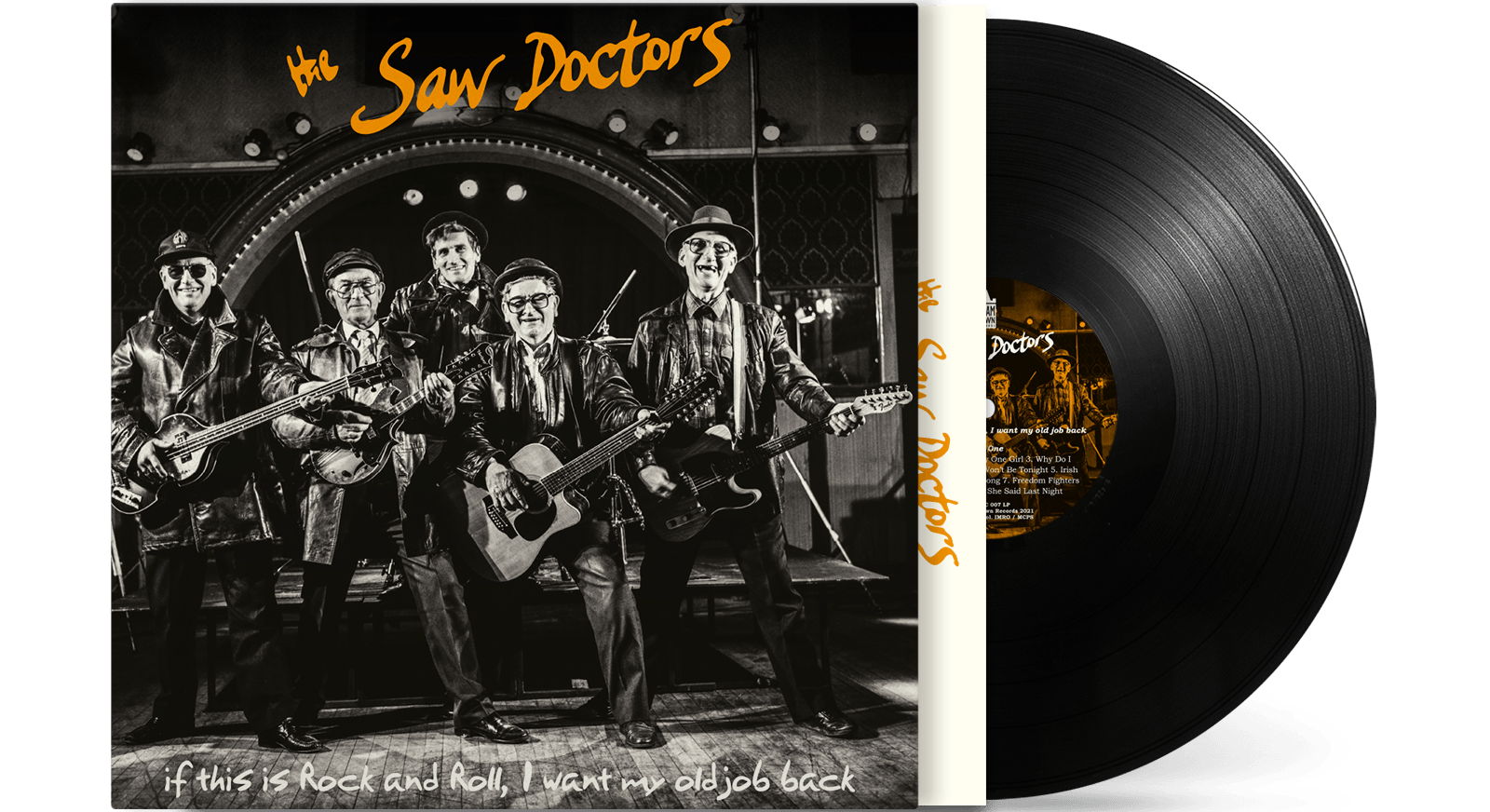