The long-running rock 'n' roll group will hit the stage in Dublin in April.

Showaddywaddy, the English band renowned for their retro-inspired rock 'n' roll, have revealed that they will be performing at Vicar Street on 26 April of next year. With 23 Top 40 hit singles, including “Under the Moon of Love,” “When,” “You Got What It Takes,” “3 Steps To Heaven” and “Hey Rock & Roll,” demand is strong for these rockers from Leicester.

Though the band formed in the '70s and (with a variety of line-ups) has been active ever since, 2016 saw the latest incarnation hit the studio to record a brand new album. Entitled Next Chapter, the record consists of a collection of classic covers fused with a handful of newly written songs, all bearing the hallmarks of the inimitable Showaddywaddy style, a sample of which feature in the band’s current onstage repertoire.

The band's track record and versatility are without question—concerts, corporate conventions, festivals, universities, colleges, clubs and private functions still clamor to book the one-of-a-kind Showaddywaddy. After more than 40 years, rock & roll music is alive and kicking in the hands of this band. 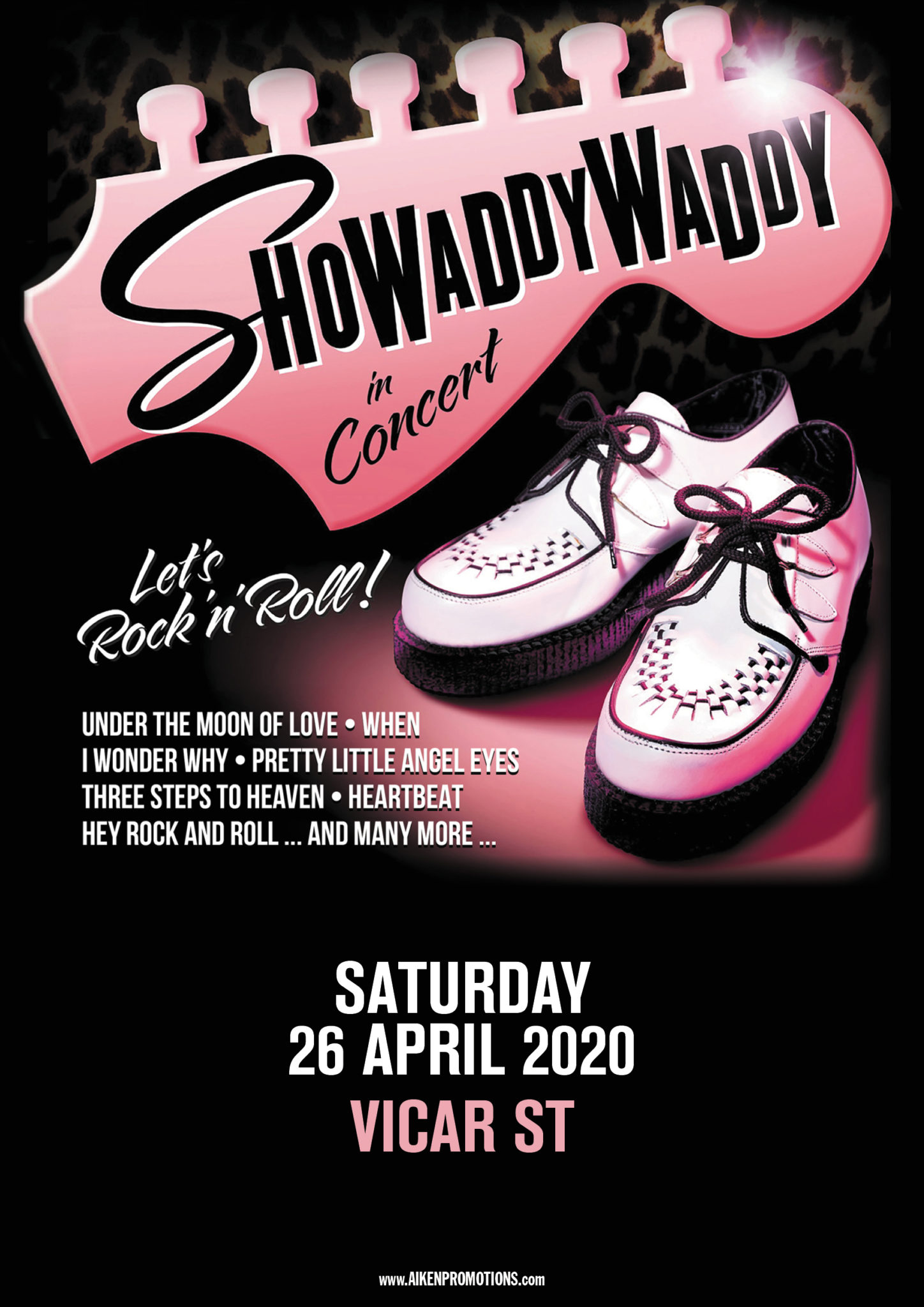 On this day in 1965: The Rolling Stones gig in Dublin's Adelphi ends in chaos
Tom Jones adds a Dublin date to his upcoming tour
Live Report: Kaiser Chiefs at the 3Arena, Dublin

Brand New Friend announce Dublin gig and new EP
Interview: Lilla Vargen, "The best thing you can do is work as hard as you can every day because you don't know what could happen"
Brian Deady to play Dublin gig in April
Kaiser Chiefs on their ongoing tiff with Boris Johnson: "I am not going to retaliate because he’s been doing a good enough job of getting himself into hot water"
Jamie Cullum talks about the highlights of his festive season ahead of his Dublin gig
Anna Burch announces headline Dublin gig
We use cookies to ensure you get the best experience on our web site - by using this web site you consent to our use of cookies. Read more »