The RTÉ Concert Orchestra is proud to present 'A Woman’s Heart Orchestrated' at the Bord Gáis Energy Theatre in May 2022.

Eleanor McEvoy and Maura O’Connell, who featured on the original recordings, will be joined by Wallis Bird and the RTÉ Concert Orchestra to perform the iconic album live at Bord Gáis Energy Theatre on May 8th 2022.

Tickets are available from singularartists.ie from €49.50 and will go on sale this Wednesday December 22nd at 9am.

One of the most successful Irish albums of all time, A Woman's Heart sold more than 750,000 copies in Ireland alone after its release in 1992. The album also featured iconic Irish artists Mary Black, Dolores Keane, Sharon Shannon and Frances Black. 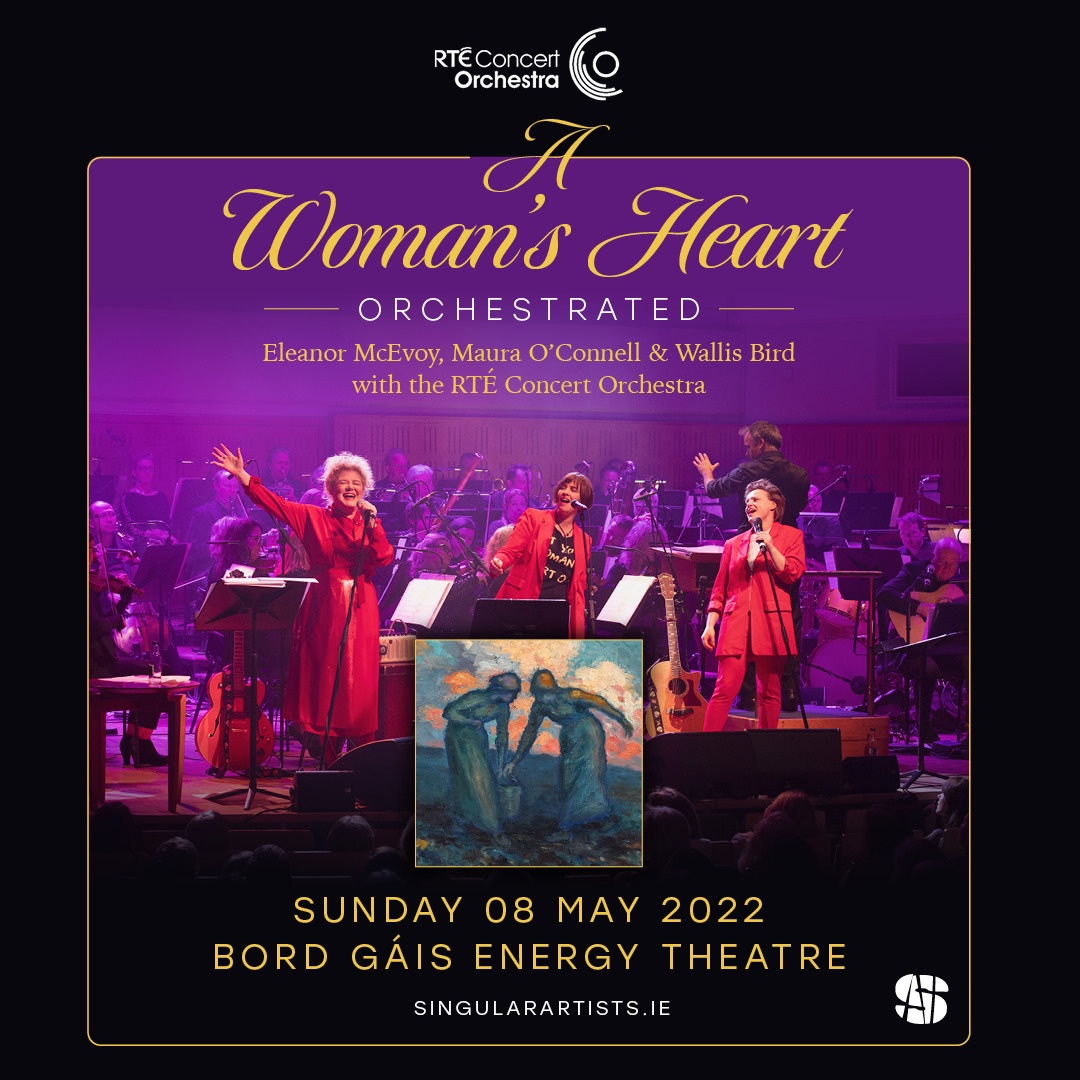 A cover version of its title track 'Only A Woman's Heart' was released by Irish Women in Harmony in July this year. Only A Woman' is the collective's original spin on the iconic Irish song, originally sung by both Mary Black and McEvoy.

The new track features a haunting vocal introduction by McEvoy herself, with electrifying spoken-word verses, written and performed by Nigerian-Irish poet, performer, and playwright, Felicia Olusanya, AKA FeliSpeaks. The verses are punctuated with choruses from Aimee, Erica Cody, and RuthAnne Cunningham who provide soaring vocal performances that only add to power of the song.

The cover stemmed from the public reaction to ‘Dreams’, when people said the Irish Women In Harmony collective reminded them of A Woman’s Heart, according to RuthAnne, who also produced the track.

Live Report: A Woman's Heart Orchestrated at the National Concert Hall
Gilla Band to drop new single and video for 'Backwash' tomorrow
Kendrick Lamar tells young fan 'You are special' in heartfelt letter
The Year Of Living Dangerously: "Is there any sensible way back from the brink?"
On this day in 1981: The first Slane gig took place – featuring Thin Lizzy, U2 and more
A&R Department: M(h)aol, Hannah Horan, Jack Dora, Local Boy and more