RDS: The Story of a Legendary Irish Venue
By: Sponsored Content

With brilliant performances from the likes of P!nk, Post Malone and Foo Fighters, and return engagements with legends like Bon Jovi and Fleetwood Mac, this summer marked another bumper year for a venue that has been synonymous with great music for over 40 years. Commercial Manager Eddie McCarron tells the remarkable story of the RDS, Dublin.

Over the years, the RDS has hosted some of the most iconic performers in music. Located in historic Ballsbridge on the southside of Dublin, the expansive grounds of the RDS encompass the Main Arena – a great outdoor concert venue that is now also home to Leinster Rugby – the RDS Simmonscourt, the Main Hall and the Concert Hall. As a result, the range of music seen at this legendary venue has been truly remarkable.

Having worked at the RDS for 40 years, Commercial Manager Eddie McCarron has seen it all. He has observed everyone from Queen at the height of their musical powers, to nascent superstars Picture This walpavk through the doors – not to mention Pavarotti and the Guinness Choir! For Eddie, that Queen gig in 1979 – just two years into the lifespan of Hot Press – is still amongst his personal highlights.

“It’s a bit scary to think that concert was so long ago,” he laughs. “But it really was hard to beat. They were absolutely scintillating.” It was, indeed, a very special occasion. A review from the Evening Press – one of two major Dublin-based evening newspapers in existence at the time – noted that the RDS gig marked the first time future classics ‘Save Me’ and ‘Crazy Little Thing Called Love’ had been heard by the public.

Swedish pop powerhouses Abba also played the venue in 1979, in another gig for the ageas. Other concerts Eddie fondly recalls include Thin Lizzy (“They were really something else”) in 1983 and German big-band supremo, James Last. “He always put on a phenomenal show,” Eddie reveals. “You’d have the conga working its way around the hall for the entire night! We also had Neil Diamond here for an incredible nine-night run. The precision of his show was amazing: you could set your watch by when he started and finished. The volume of the audience singing along was so loud that they had to hand out earplugs to block the crowd noise!”

BIG HOLE UNDER THE STAGE

Since Eddie has been involved in running the venue, the RDS has developed close working relationships with some of Ireland’s biggest and best promoters, including Aiken Promotions, MCD and Pat Egan, who put on that landmark Queen show. The late Jim Aiken of Aiken Promotions – his son Peter Aiken runs the show today – acted as promoter for a concert that featured every big-name artist in Ireland. It’s one that people still talk about.

“Self-Aid was an epic thing,” Eddie recalls of the 1986 benefit concert, which aimed to raise funds that would be used to reduce youth unemployment in Dublin. “There was such an incredible amount of goodwill, such a feelgood factor around the whole thing. It was an enormous success.” The line-up really was a true ‘who’s who’ of Irish music at the time, featuring The Boomtown Rats, Rory Gallagher, Thin Lizzy, The Pogues, U2, Van Morrison, Clannad, Christy Moore and many more. “People thought they were really making a difference,” Eddie recalls. “I don’t know if you’d get that feeling nowadays. It’s hard to imagine something succeeding to that degree again. Even the audience were on board – everyone felt that they were contributing. It was a phenomenal movement at the time.”

In the years since then, the RDS has hosted legends like Prince, Pavarotti, Bruce Springsteen (an incredible 11 times!), Tina Turner, Paul McCartney, Elton John, REM, Simon & Garfunkel and The Eagles. During down-time, both Pavarotti and The Boss made a recreational return to the RDS, to attend the world-renowned Dublin Horse Show. 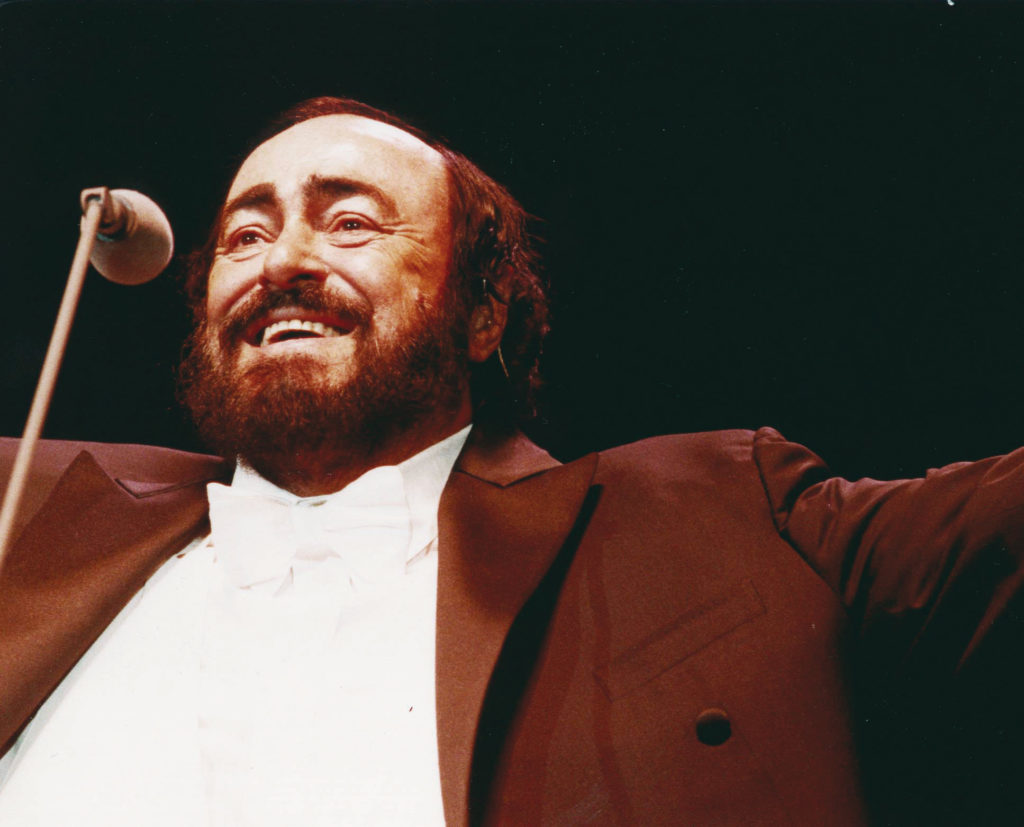 The RDS was also one of only three venues in the country to receive a visit from Michael Jackson, the erstwhile King Of Pop.

“He played in the main arena,” Eddie remembers. “We had to dig a big hole under the stage where he could hide underground and then come flying up onto the stage. It is amazing what goes on behind the scenes, that members of the public never see. As long as fans have a great experience, we’re happy.”

Not ones to rest on their laurels, the RDS have had continued success with such relative newcomers as Justin Timberlake, Jay-Z and P!nk – culminating in a series of brilliant concerts this year, including a celebratory night with Foo Fighters, promoted by MCD, with Denis Desmond at the helm.

As with all great venues, the RDS is in a state of continual, ongoing improvement. Currently, they have plans in the works for further developments that will enhance the concert-going experience.

“This past year was exceptional for new music,” Eddie notes. “It’s great to see some fresh faces, like Post Malone, putting on amazing shows and selling out concerts here. For a few years it looked like the younger acts weren’t breaking into stadium-sized venues, but they’ve started to come through now. That said, Fleetwood Mac was the concert of the summer for me (laughs). Showing my age I know!”

Looking to the future, Eddie reminds us of plans to develop a new stand at the RDS Arena. “That will bring brand new levels of comfort and access to the patrons coming to the shows,” he says. “With all the advances in technology, the big screens and developments in AV tech, it’s going to be interesting to see what the future of live entertainment looks like. But the RDS is determined to stay at the heart of everything here in Ireland. In fact we’re really looking forward to it.”