The two bands will be heading to Dublin this weekend for shows at Vicar Street on Saturday and Sunday.

Queer alt-rock band ARXX have announced a new single, titled 'Call Me Crazy', with Dublin indie-rock quartet Pillow Queens - who are joining them on tour this weekend.

The track is set to be released during their Ireland tour next Friday, October 7th.

ARXX is comprised of garage-rock duo Hanni and Clara, who teamed up to eventually become one of the UK's most promising up and coming acts. They have been continuously lighting up the DIY scene with their hard-hitting, infectious indie-pop melodies and catchy lyricism. This time they've teamed up with Dublin's own Pillow Queens to bring fans a song for those struggling with mental health issues.

"'Call Me Crazy' is a happy sad ballad about mental health that will pull at your heartstrings and get you dancing all at the same time," ARXX wrote in anticipation for their newest single. "It feels like the perfect song to team up with Pillow Queens on, they're great friends of ours and when you're struggling with mental health, friends make everything better."

"Their voices and instrumentation on the track adds a new dimension to the song, helping it to evolve into a really special moment of shared experiences that make it feel like a conversation with your best friend," they add.

The Brighton-based band have recently been making waves across the UK and Europe with their latest single 'Can't Help Myself' being picked up as BBC Radio 1's Introducing track of the week. They most recently toured alongside English indie rock band The Big Moon in Birmingham and Manchester.

Pillow Queens are set to be picking up in Ireland after their recent residency at the Irish Arts Center in New York. The band recently announced along with their upcoming gigs that they will be playing next year's Beyond The Pale festival at Glendalough Estate with fellow Irish artists including Just Mustard, Dáithí and others. The news follows the release of their sophomore album Leave The Light On earlier this year. 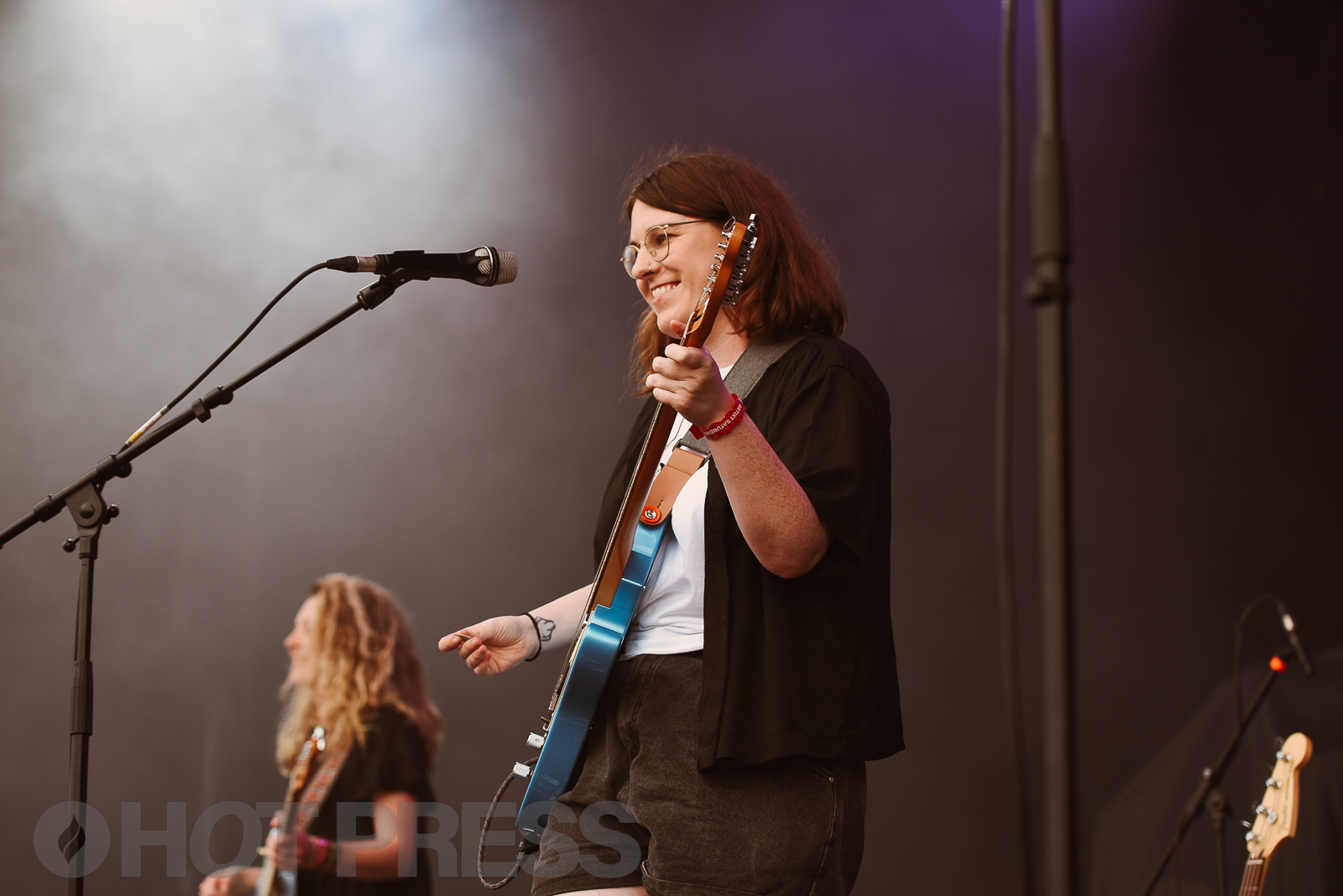 Pillow Queens at All Together Now 2022. Copyright Miguel Ruiz.

ARXX will be supporting Pillow Queens on their Ireland tour this October before ending in the UK in November for their own headline tour. The two bands will be heading to Dublin this weekend for shows at Vicar street on Saturday and Sunday.