Following the remarkable success of the launch event back in November, Three's City Stages initiative returned to  Limerick on Saturday, with a thrilling selection of up-and-coming acts – including Uisce Jones, Reylta, Dáwna, Smith OJ and Abe Soare.

The event was part of Three's campaign to support the next generation of artists – who are currently performing on city streets, or in small clubs and venues – to progress their careers to the biggest stages in the country.

Kicking off at 12pm outside Three's Cruises Street store, the Limerick event showcased the dazzling diversity at the heart of today's Irish music, with performers drawing from an exciting range of sounds and influences.

For Limerick singer-songwriter Abe Soare – previously tipped as one of our 'Hot For 2022' Irish acts – the atmosphere on the street was particularly special.

"There was a good buzz around, and the crowd really enjoyed my original songs," they tell us. "The team working with me on the day were amazing, and treated me as if I was the biggest act in the country!" 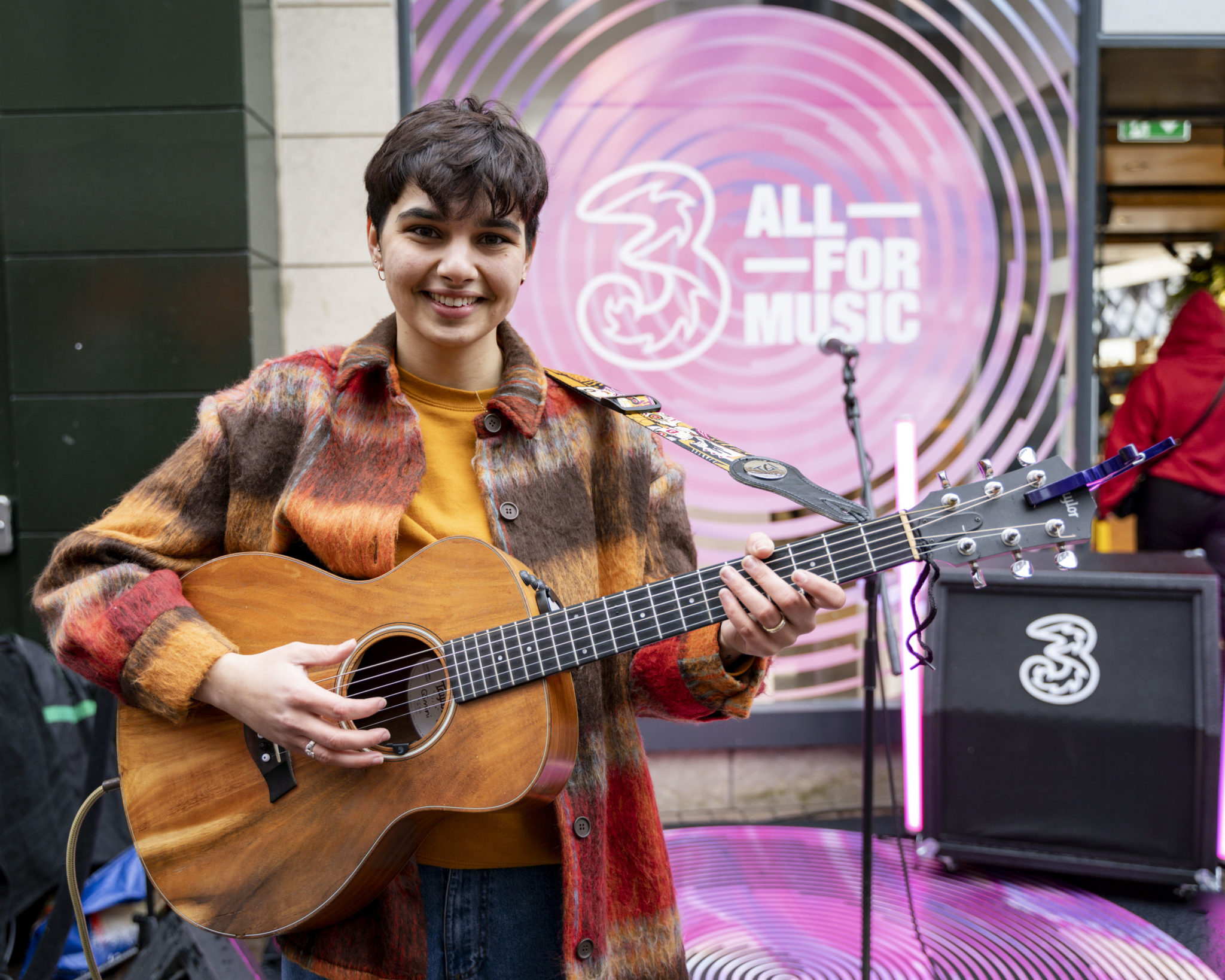 The initiative is set to tour Ireland throughout the year, providing a platform for buskers and emerging musicians to showcase to new audiences and promote their music, with opportunities to take their performance from the smallest stages to some of Ireland’s biggest, by opening for major artists at selected shows at 3Arena and 3Olympia.

"The opportunity to go from busking, to possibly performing in my dream venue, The 3Olympia Theatre, is incredible," Abe adds.

Rising star Smith OJ was also excited to perform in his hometown.

"Usually my music is pretty upbeat and energetic, but my pianist Josh and myself decided it would be best to perform the songs stripped back with just keyboard and vocals," he says of his set. "It was definitely a new experience for me doing this, but I believe it added a sense of emotion that I usually don’t get to show in my performances.

"Being given the chance to perform for Three Ireland has given me that confidence boost to keep pushing myself to become a better artist, and to try and stand out from the rest," he continues. "The Three Ireland staff were so friendly, and really made me feel comfortable. Looking forward for what’s to come!” 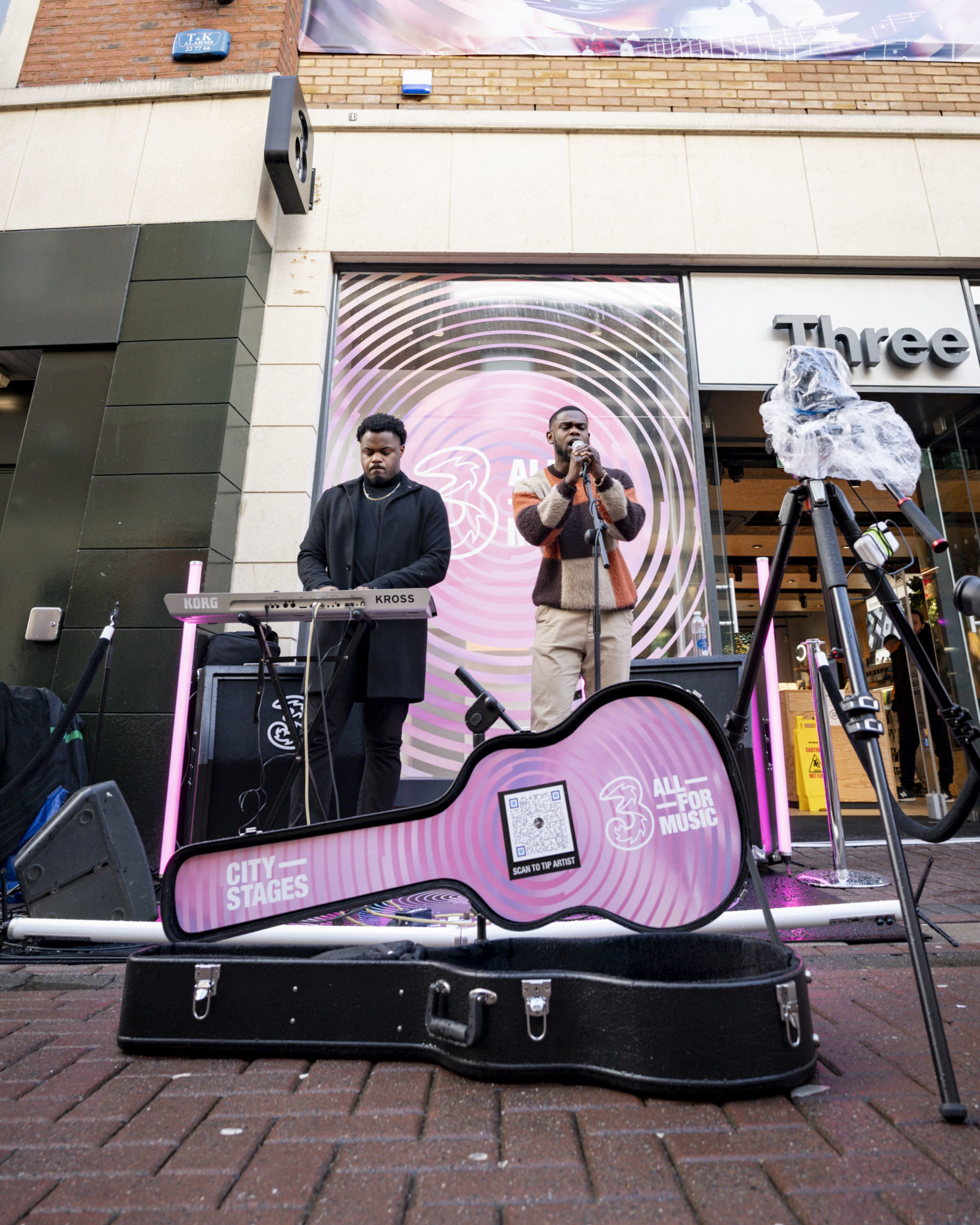 Those chosen to perform at City Stages are given their own dedicated performance slot and recorded content of their performance – while every musician who applies will be offered access to a series of mentoring masterclasses led by a panel of Irish music industry professionals.

Uisce Jones, who hails from the West of Ireland, points out that, "as an independent artist, it means  a lot to be granted opportunities like City Stages."

"It was a lovely experience meeting the whole team involved in City Stages, and playing for the people of Limerick," he says. "It was magical to have a crowd stop and listen to original songs."

"The atmosphere was so caring and exciting, surrounded by so many passionate artists and the always inviting Limerick city crowd," she states. "Three City Stages is such an amazing opportunity, giving back to grassroots artists. I can’t wait to see where I go from here." 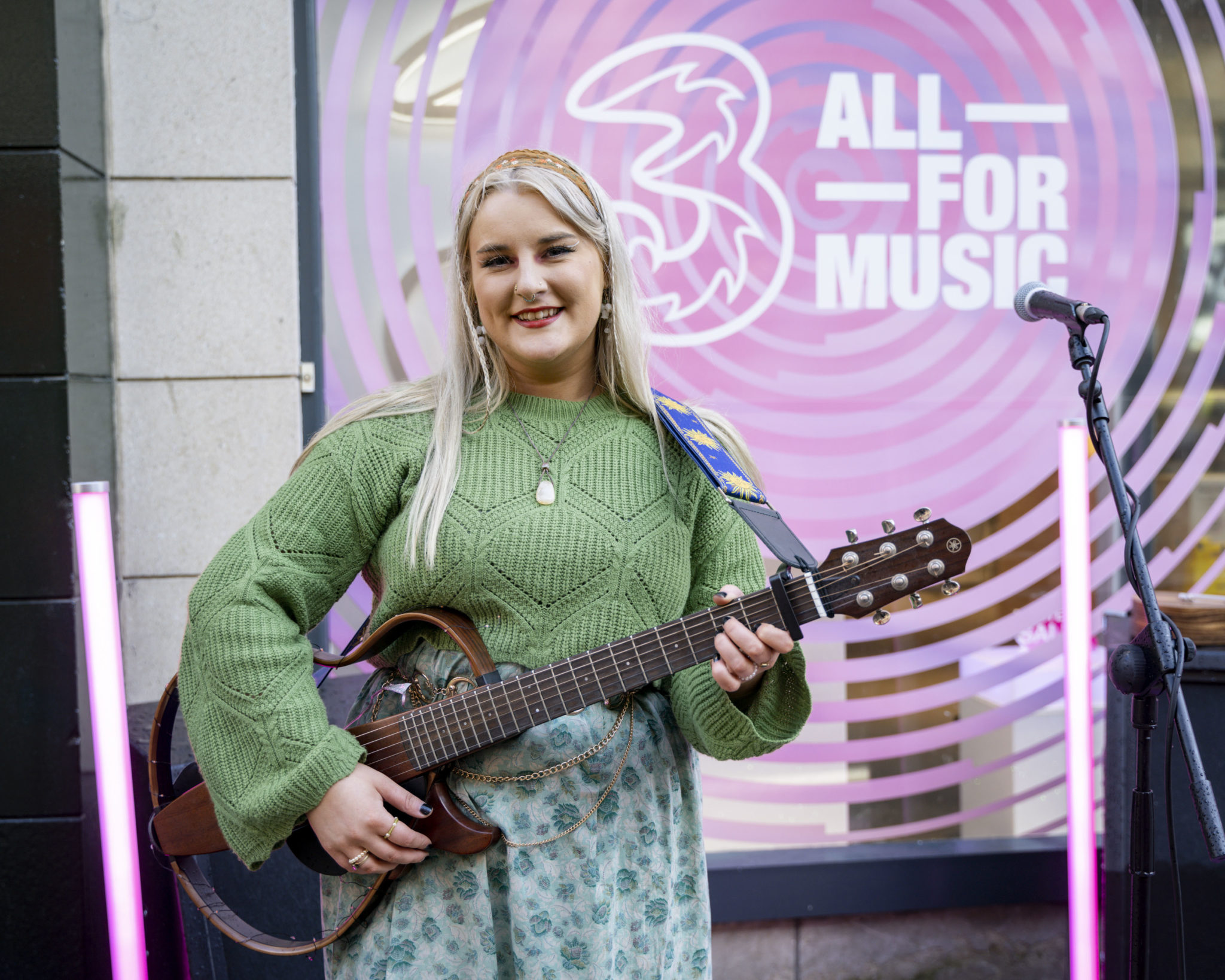 As Nenagh singer-songwriter Dáwna notes, the energy of both the performers and their enraptured audience overpowered any challenges posed by poor weather.

"It was great to have a lovely crowd who were up for singing some of my songs," he says. "Teaching a crowd ‘Everyday’ is always a highlight of the set for me, and the Limerick crowd were more than happy to join in."

Later this month, the City Stages initiative continues, with an event at Three's Waterford Blackfriars store, on Saturday, January 28.

The initiative is presented by Three, in association with Hot Press, AIM Ireland and Sony Music Ireland. It's also being supported by its ambassadors, including broadcaster Tracy Clifford.

Do you think you've got what it takes to bring your music career to the next stage? Apply for City Stages now – here.

Sam Smith: Hot Press Cover Star No.2 Makes Chart Debut At No.1
Melts announce headline show at The Workman’s Club this May
New Irish Songs To Hear This Week
Rod Stewart to perform at Cork's Live At The Marquee
Markéta Irglová takes to the 2023 Eurovision preliminary stage with 'HAPPY'
On this day in 1997: U2 released 'Discothèque' as the lead single from Pop