Watch JYellowL's unforgettable performance in its entirety below.

JYellowL cemented his position at the forefront of the Irish hip-hop scene last night – with a captivating album launch streamed exclusively on the Hot Press YouTube channel. Celebrating the release of his highly anticipated debut album, 2020 D|Vision – out today via JYellowL Records Ltd – the Dublin-based rapper showcased the passionate, socially-conscious lyrics and versatile flow that have marked him as one of the most exciting artists in the country.

In the stunning, dramatically lit up setting of Swords Castle in Dublin, JYellowL kicked off his set with 'Home' – one of the emotional highlights from his new album.

"Yo, I know everyone is stuck at home right now," the rapper said to the viewers. "So I hope this song makes you feel a little bit better about being indoors with your family and your loved ones." 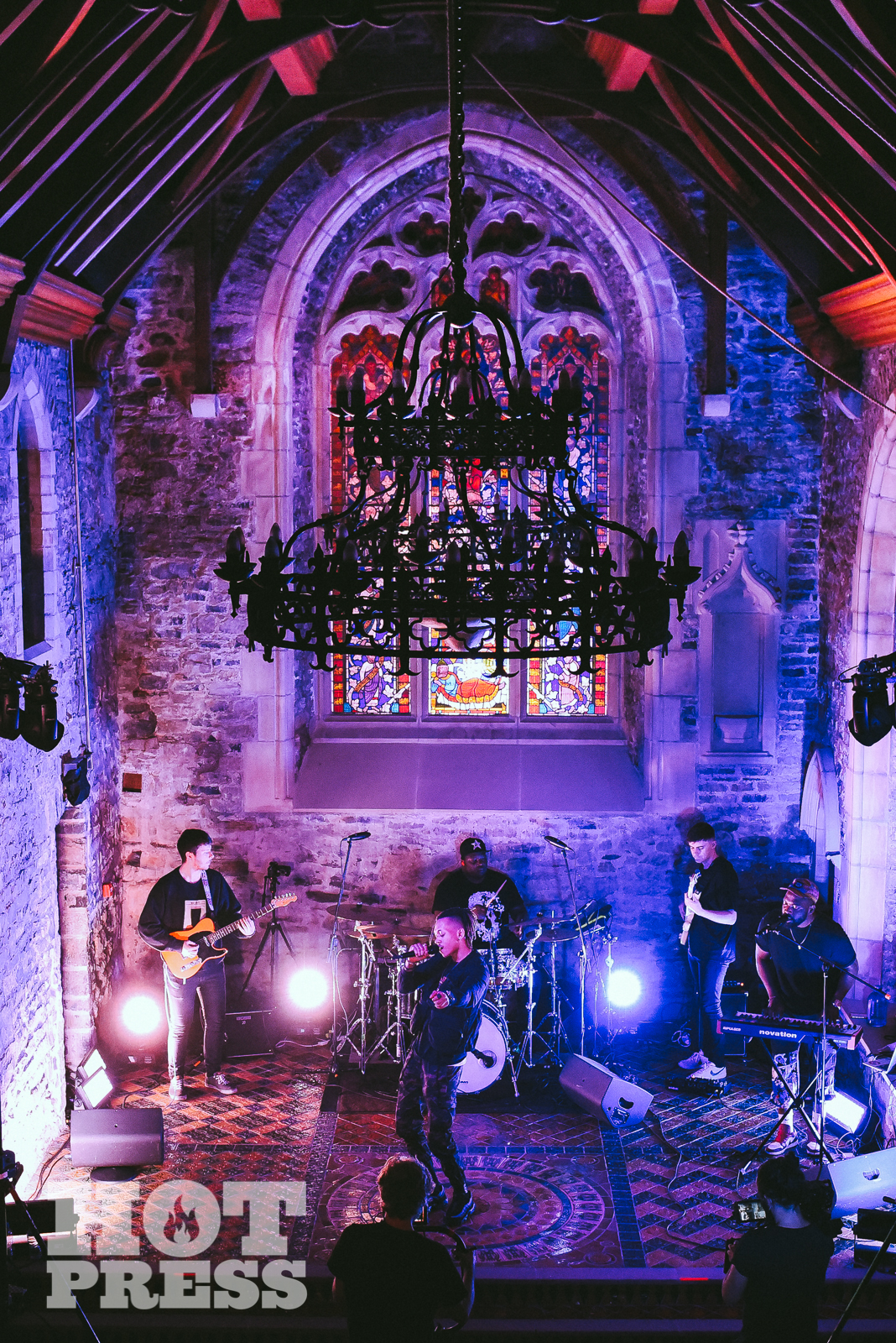 Presented by TEG|MJR Éire, the set saw JYellowL backed by a live band made up of Sam Oye, Steven McCann, Conor King and 2020 D|Vision'a producer, Chris Kabs – as he treated fans to a selection of future hip-hop classics from the new album, including 'Doesn't Feel Like', 'Mademoiselle', 'Hypocrite', 'Got Me' and 'Jewels', followed by a candid conversation with Omo Aston.

"2020 D|Vision cuts deep, and consistently hits the mark," Hot Press's Tanis Smither writes in her review of the album. "This is smart, politically-minded hip-hop, its ideals driven by the current wave of social-reforming zeal that is sweeping across the globe."

She goes on to describe 2020 D|Vision as "a triumphant debut for the young rapper – a powerful statement that signal's J's coming-of-age as one of Ireland's most important MCs – and one who has the depth and gravitas to take on the world."

Watch the full performance below:

In the new issue of Hot Press, out now, JYellowL discusses the future of Irish hip-hop; his role in the Black Lives Matter movement; racism in Ireland; and his highly anticipated debut album. Order your copy below:

THE 12 INTERVIEWS OF XMAS: JYellowL on his powerful debut album 2020 D|Vision
JYellowL: "You can cure ignorance with education and enlightenment. Hate is a lot more complicated"
Watch the exclusive JYellowL album launch party gig tonight on the Hot Press YouTube!