Irish indie-rock rising stars Inhaler made their hometown proud this weekend, reuniting with Irish fans for their biggest headline show yet alongside support from Kynsy and NewDad.

Halfway through Inhaler’s headline show at Fairview Park, frontman Elijah Hewson made a bold declaration. “We played Glastonbury for the first time yesterday,” he said, “This fucking puts it to shame.”

If you weren’t lucky enough to find yourself in Dublin’s Fairview Park on Saturday evening, it probably seems far-fetched to compare a historic festival attended by over 200,000 in one weekend to Inhaler’s park concert. But to be there was to understand what Hewson meant when he dared to downgrade Glasto. Inside the striped tent staking claim to the band’s biggest headline show since their pre-pandemic debut, Inhaler was glorified in the eyes of their dedicated audience. They were in full command. 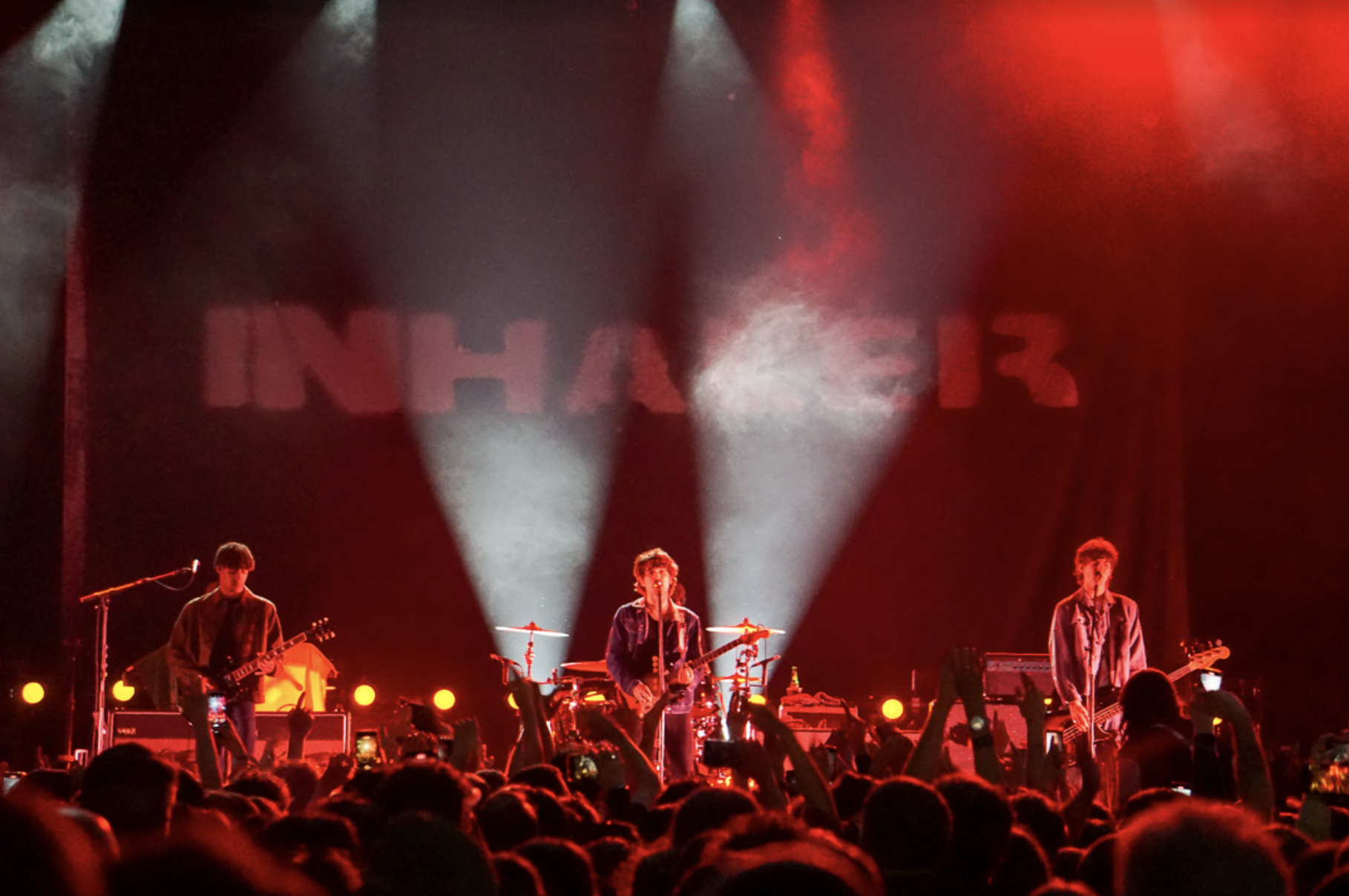 A last-minute opening act from Irish act Kynsy – who stunned us earlier this year at Whelan’s – set the stage for a perfect storm to follow, with an ear-catching sound on her standout single, ‘Happiness Isn’t A Fixed State.’ Ethereal Galway fit NewDad took over for dual support, dazzling an amped audience with melodic, lush indie dream-pop. With catchy tracks like ‘Blue’ and ‘I Don’t Recognise You,’ NewDad wowed with jangly guitars, sticky vocals and a perpetual bassline you could feel beneath your feet.

Inhaler’s strikingly anthemic sound was only amplified by the crowd’s energy, which manifested into an undeniable force from the first, kicking drum beat of ‘It Won’t Always Be Like This.’ Plastic Heneiken cups hit the grass as friends climbed onto shoulders. Even without a pedestal to perch on, the faces of the four-piece indie rock stars flashed across two plasma screens on either side of the stage for up-close viewing. The electrifying hook of their debut album’s title track is even greedier in person, dragging you in with coupled guitar riffs and a thrashing drumbeat – a grasp the crowd seemed content to surrender to. 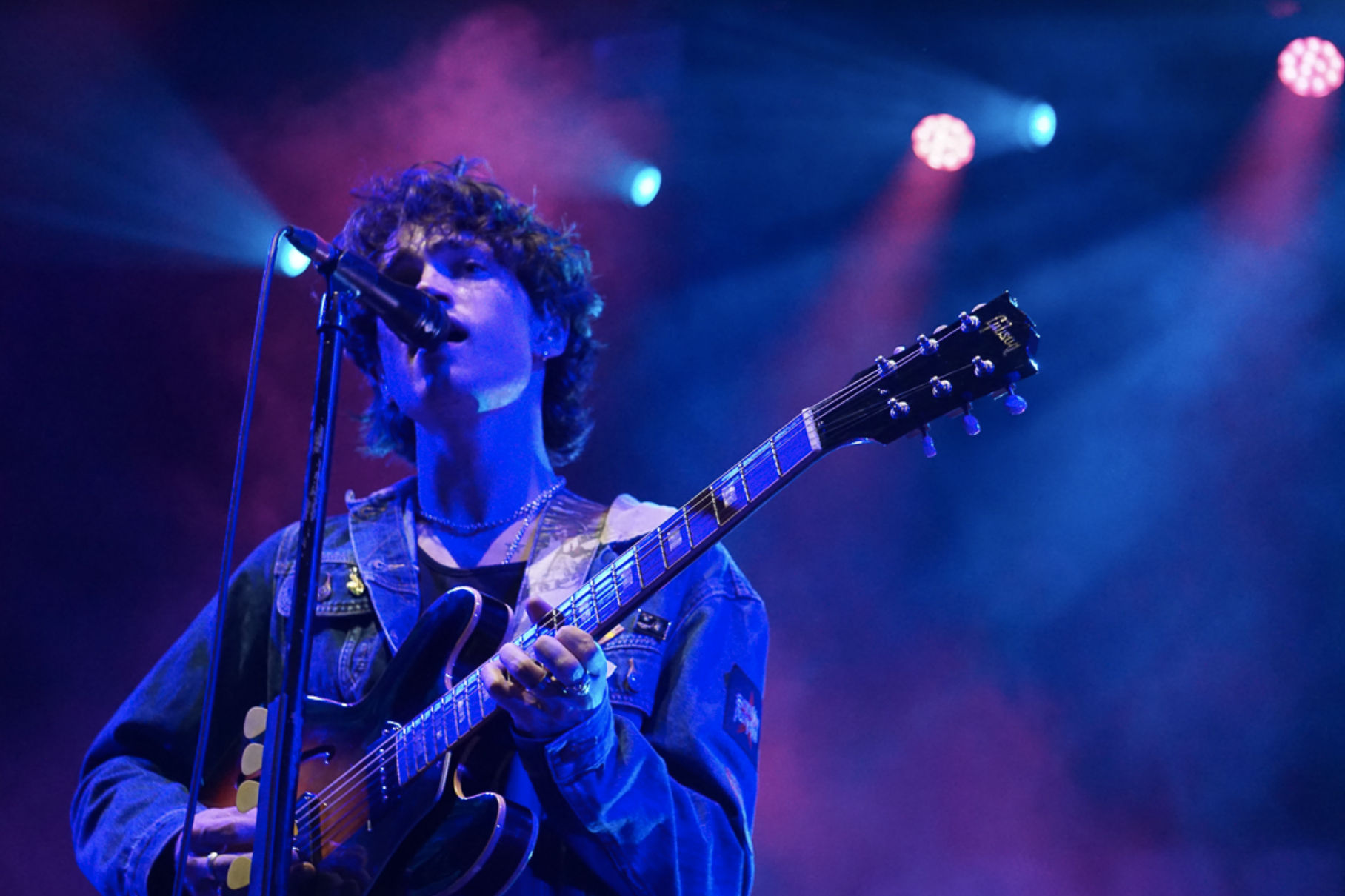 They drove the force from the first song right into ‘We Have To Move On,’ without switching off their lively guitars or sturdy bassline. “It’s nice to see you again,” Hewson called out, warmly marking Inhaler’s long-awaited (and many times postponed) reunion with their hometown crowd. Bright keyboard synths flowed smoothly into the wry tune of ‘Slide Out the Window,’ completing a satisfying three-track transition and bringing the sky-high quartet a little closer to earth.

Exuding the shimmering youthfulness of their audience, ‘Ice Cream Sundae’ was the perfect concoction for creating a frenzied dance mob. The characteristically indie-pop song effected a sweet-tasting nostalgia, breaking through a cloud of hazy synths with the dazzling sound of Rob Keating’s funky bass lines. 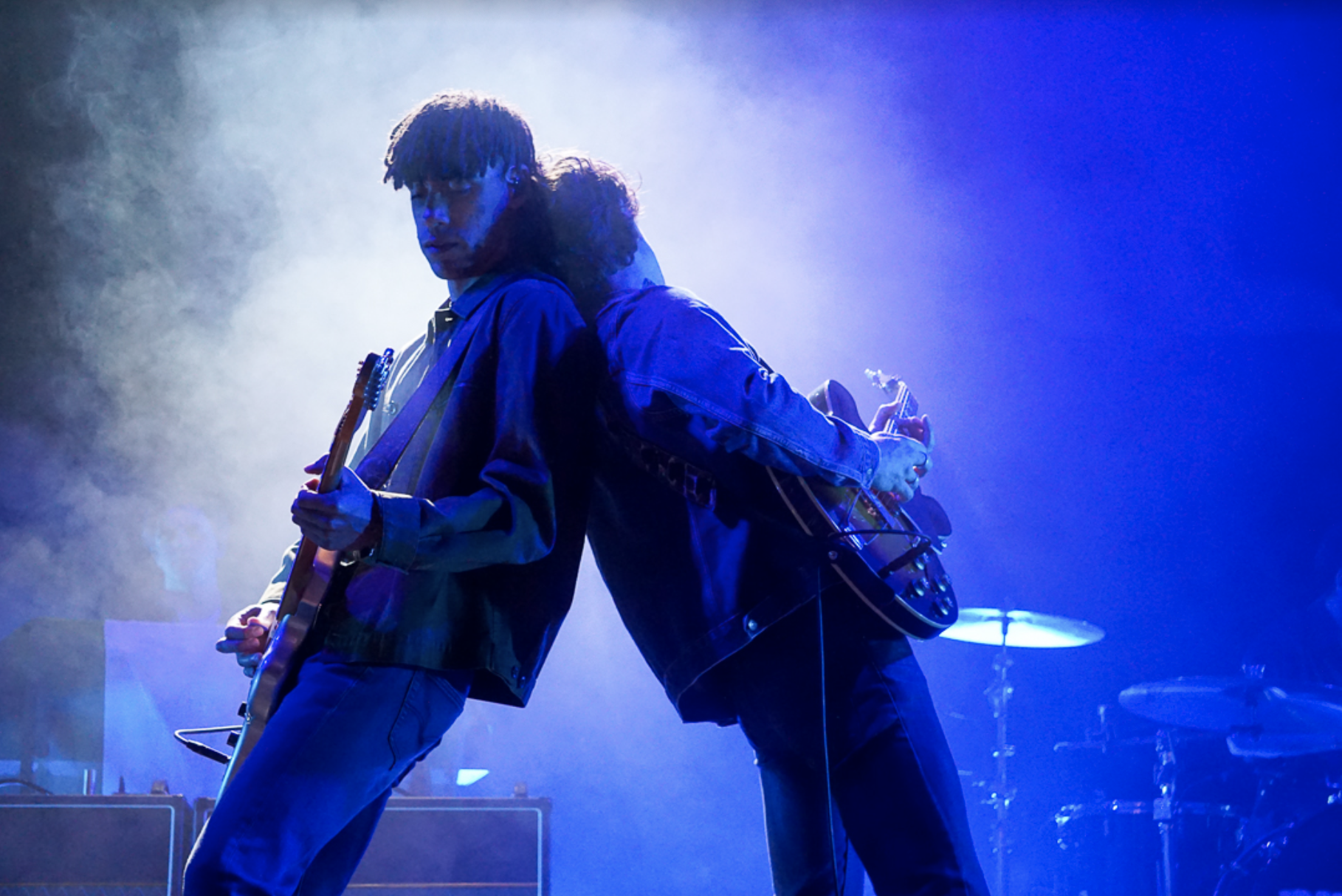 Heavy-hitter ‘When It Breaks’ was distinctive from its first, descending chord. Josh Jenkinson’s sharp guitar notes were as intoxicating as Hewson’s fiery vocals, which evoked a thematic unease in a song about the strange and complex world we share. There’s a punctual rage in the way the crowd screamed, “You don’t know what you’ve got until it’s taken away,” lyrics that feel like a sign of the times – or, rather, a reflection of reversing the times – this week.

The band slid through the instrumental liquid funk that is ‘A Night On The Floor,’ building tension for the release of ‘Who’s Your Money On.’ The force of Ryan McMahon’s walled drums and Hewson’s urgent vocal delivery could transport nostalgic listeners to the mid-noughties epidemic of punch-throwing performances. In live form, their breakthrough song was a stomper – one part cathartic, two parts exhilarating. 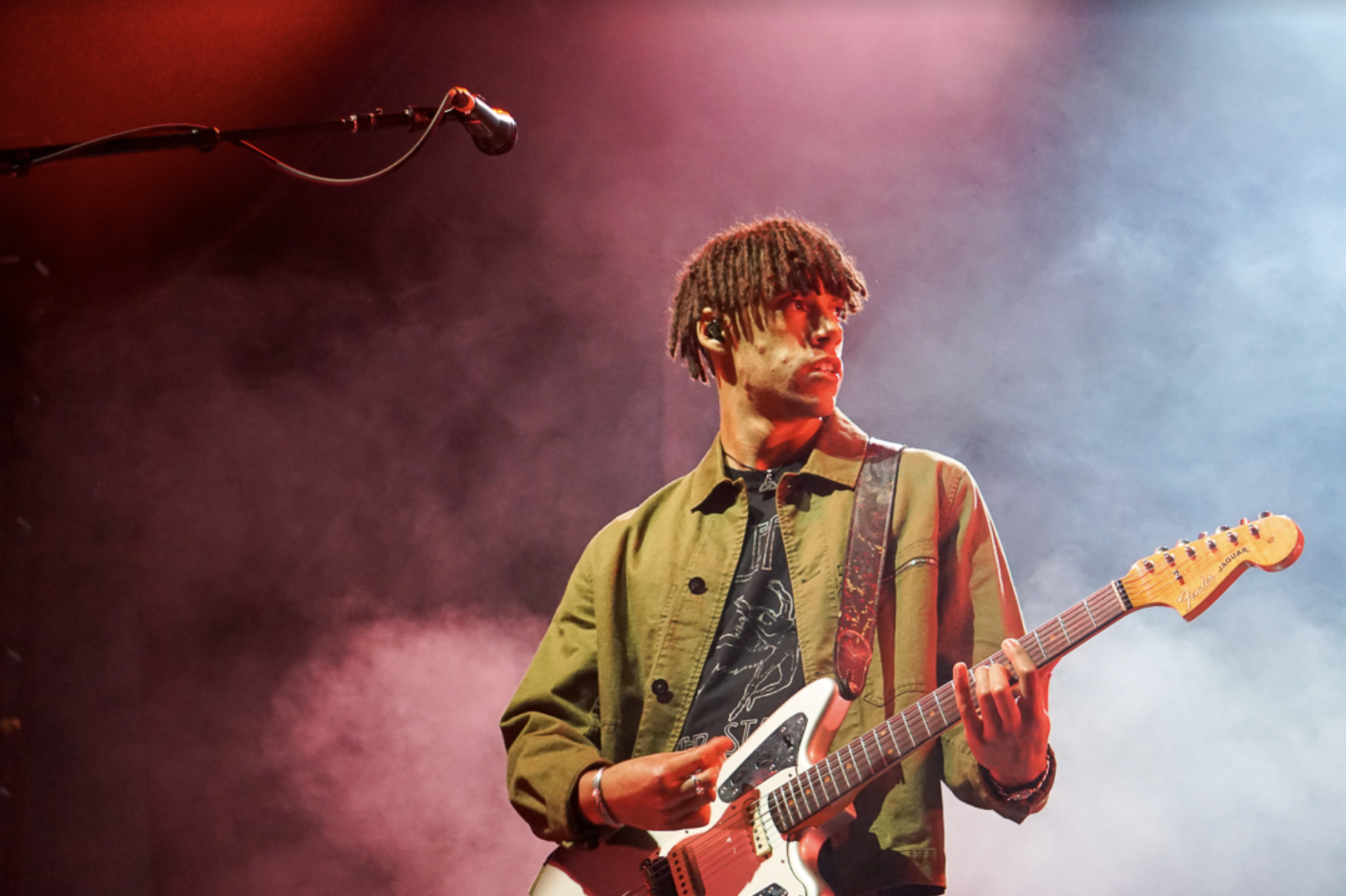 ‘My King Will Be Kind’ built up to a compelling chorus with the band’s dynamic basslines meeting dizzy guitar work. They upped the ante to max before an enveloping hook, as the crowd readily chanted, “I fucking hate that bitch,” an action that has become a ritual during Inhaler live shows throughout their recent tour.

“Anyone in here in love?” Hewson asked in a baritone drawl, introducing the modern love track, ‘Totally.’ At Jenkinson’s hand, a hooky guitar riff stuck out over Hewson’s funky background strings. The tune is crafted for sold-out arena shows – a prospect that Inhaler seems ready to turn into reality any day now. Bassist Keating jumped in on backing vocals for the heavier ‘In My Sleep,’ which provided their set list a much-needed rough edge. A new set list addition, the hotly released single ‘These Are The Days’ was a full-circle sonic celebration fit for the band’s turning point performance. 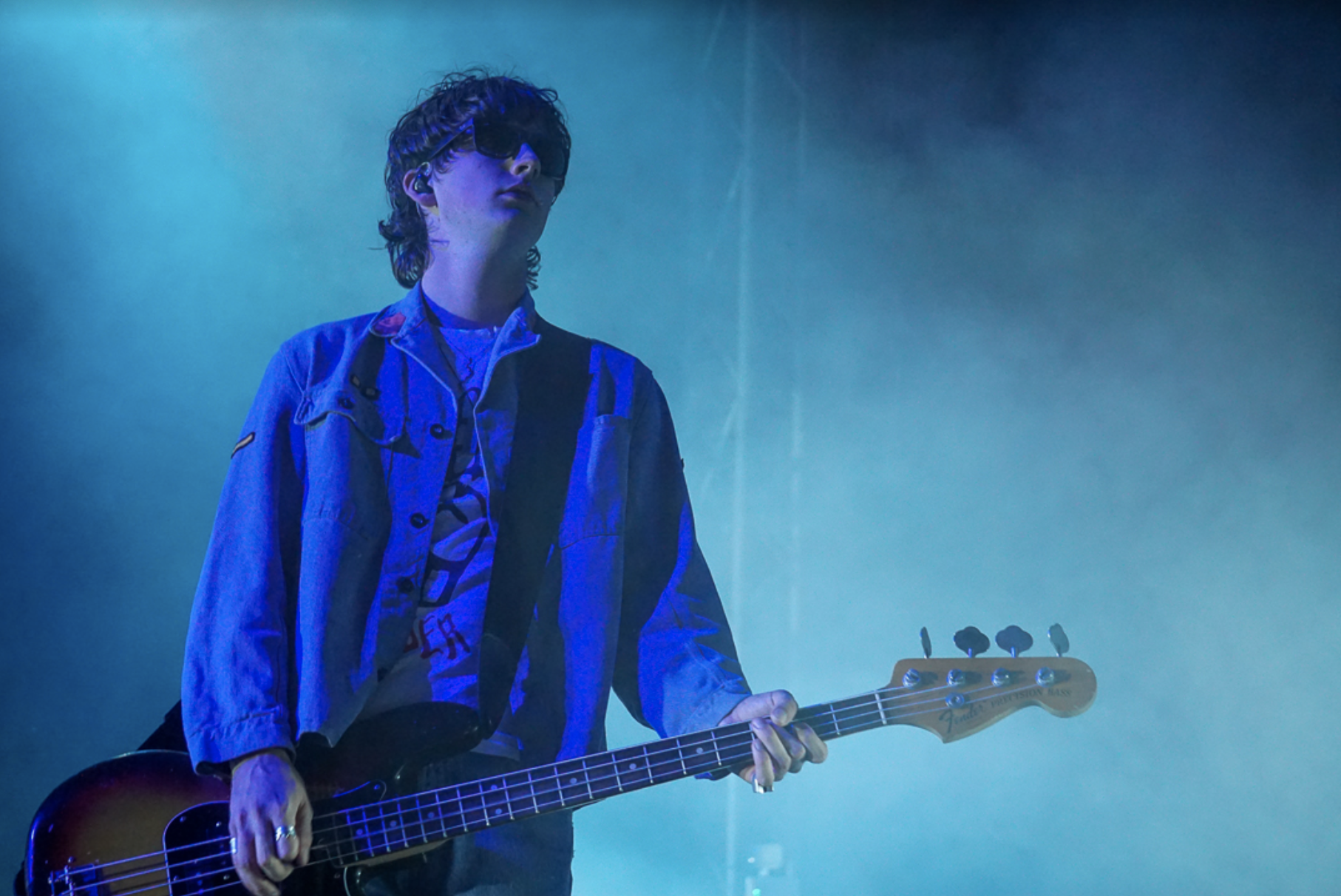 Inhaler hardly needed to tease the possibility of an encore for a packed headline concert. Still, the crowd broke up the lapse before their final songs with a cheery ‘Ole, Ole, Ole’ cry to the tune of McMahon’s bouncy drum beat. The boys beamed onstage as their fans lit up the tent with the Irish sport chant – talk about hometown glory.

Hewson’s sticky sweet vocals on the vibrant ‘Cheer Up Baby’ propelled the anthem, with a touch of a dreamy guitar riff that made us wish we could press repeat on the moment. There was no question about the Dublin band’s gratitude toward their crowd, as Hewson acknowledged the night a final time. “Thank you for making our dreams come true,” said the frontman before sending the night away with ‘My Honest Face,’ Inhaler’s final punch. 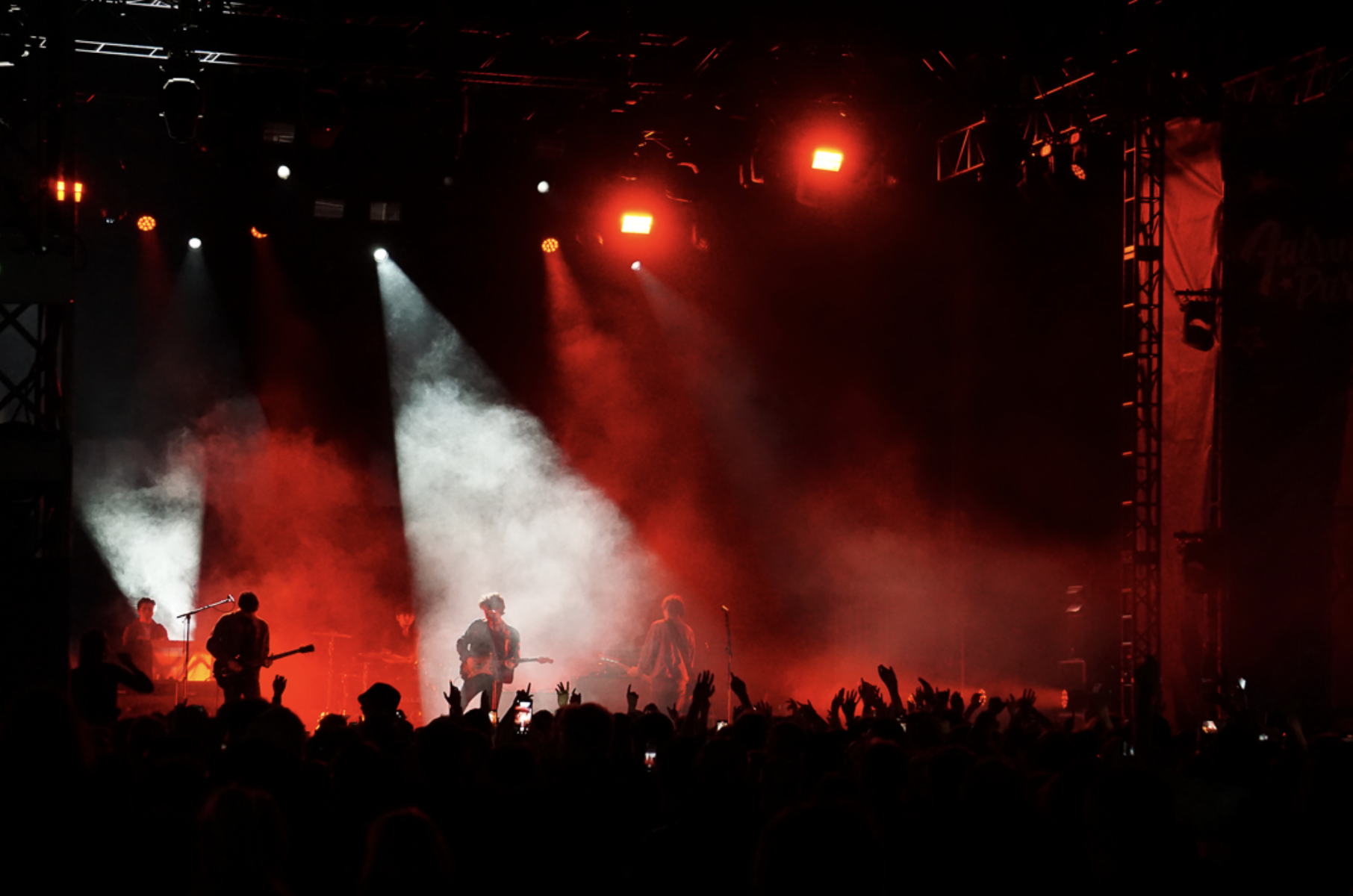 Inhaler’s biggest headline show – and reunion with their home crowd – was an electric experience on both sides. The boys left nothing to be desired with their anthemic indie tracks that felt full, handcrafted for a live audience who displayed a lively appreciation for the band. One thing’s for sure: Inhaler’s days of playing small venues are coming to an end, but their proud hometown fans are here to stay.

Check out Inhaler’s interview discussing their headline show with Hot Press in our June Longitude issue, out now. Inhaler continues on their touring trek this summer with more dates in Europe and the UK, tickets here.