With a duo-toned mullet and a paint splattered baby-doll a la Courtney Love, Dubliner Kynsy took the stage last night at Whelan's looking the picture of '90s grunge.

While her look and sound inspire a host of easily-made nods to artists ranging from Julian Casablancas to Blondie, the 23-year-old singer has brought their guitar-soaked fussing into the new age, using her penchant for pop and unique lyricism to make something that is completely her own.

Her singular appeal was well on display as she played a completely sold out show in the iconic venue.

Upon ramping up the first wailing notes of the night, it was clear this crowd was ready to rise to the occasion. Half way into the opening number it seemed we might end up joining James Vincent McMorrow downstairs on the main stage given the fervour with which the floor was shaking. It was a reaction that seemed to shock even Kynsy herself, she noted: "Thank you for singing my songs back to me, that was a strange experience." 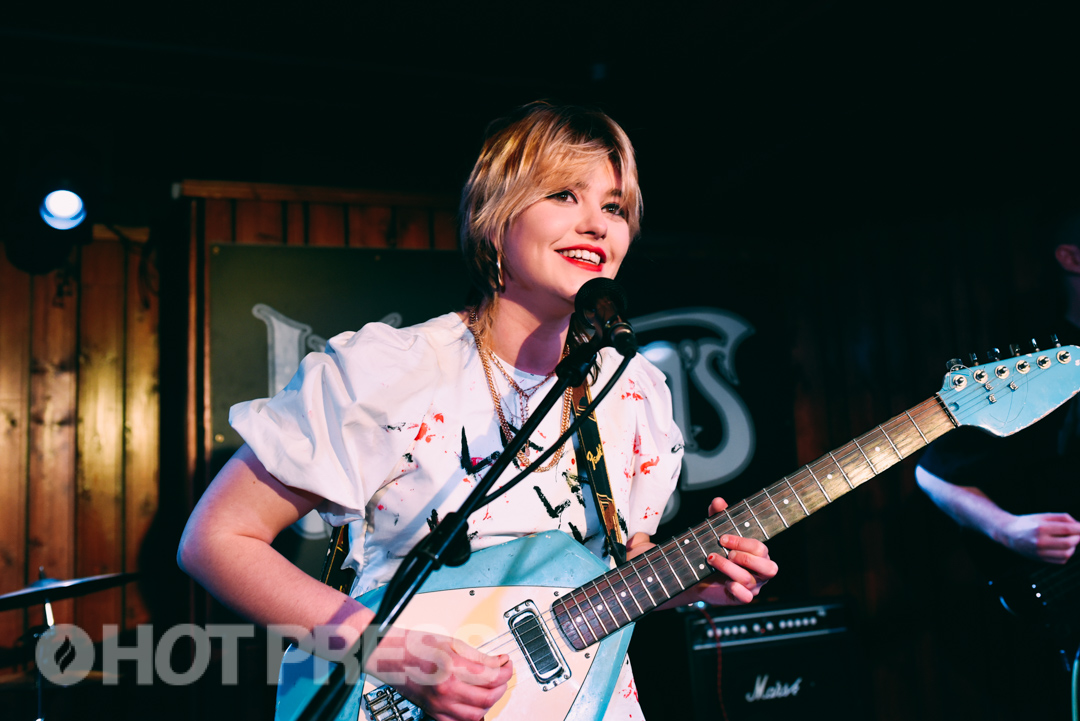 She kept her self-dubbed "rowdy-pop" up with the similarly lively track 'Happiness Isn't a Fixed State' before transitioning into the slow-burning 'Elephant in the Room'. The latter of the two somehow brought the crowd even higher, marking it as a fan favourite.

Speaking of fan favourites, Kynsy certainly struck a chord with her 2021 release 'Mr. Nice Guy' – an offering about greed and misogyny in the workplace – as evident by the zealous manner in which the crowd joined in on the track's chorus.

Connecting with her audience seems to be one of the things Kynsy does best. Whether it be the ear-worm melodies or refreshingly honest lyrics, at some point during all eight tracks of the night someone seemed to be moved to the point of wailing and screaming along with the up and comer.

A highlight for me was the addition of her latest single 'New Year', wherein she holstered her guitar for the number and instead opted to dance around the stage with a marked spirit. "That's the only time I get to really dance," the multi-instrumentalist remarked. It felt free, it felt boisterous – much like her music suggests. 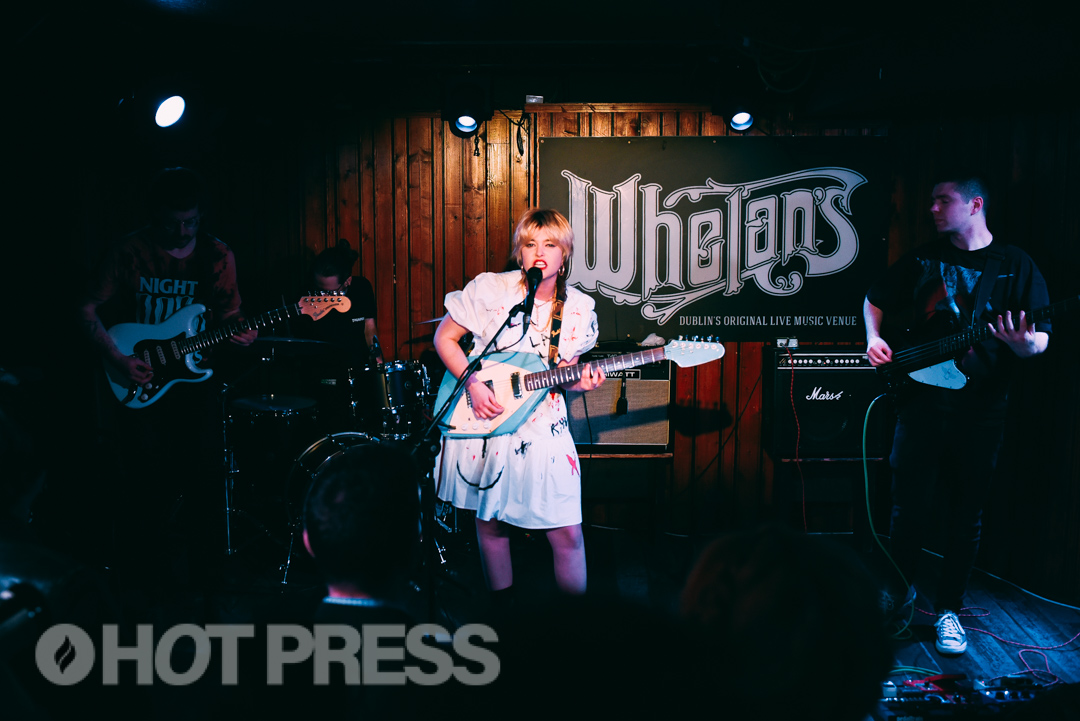 It was through and through a pulsing performance that left an air of excitement floating around the venue. Attendees were, literally, begging for more as the singer and her band left the stage. If last night was an indicator, and I believe it was, much more awaits this Dublin-based act.

Revisit Kynsy's 2021 interview with Hot Press, wherein she chatted with Lucy O'Toole about her breakthrough Things That Don't Exist EP, the state of Irish music and her journey as an artist.