Inhaler: "We had a bunch of shows in Dublin planned which we never got to play, so Fairview Park is going to be really special"
Credit: Dan Kenny

Ahead of a hotly anticipated Dublin date, indie stars Inhaler discuss touring their hit debut album, moving towards a more mature sound, and what it means to perform for a sold-out hometown crowd.  Photography: Orla Gorman.

Many of us found ourselves clinging onto music to get through the bleak lockdown days. For some, the redemptive soundtrack to that dark time was Inhaler’s oddly predictive ‘It Won’t Always Be Like This’, a tune notably written pre-pandemic.

When things ground to a halt, the Dublin quartet – comprised of Elijah Hewson, Ryan McMahon, Robert Keating and Josh Jenkinson – were enjoying steadily growing recognition, and wrapping up their first tour on the back of hit single ‘My Honest Face’. It was a difficult time for even the most seasoned musicians, but particularly brutal for young acts on the rise.

Nonetheless, Inhaler managed to spin straw into gold; in a hugely rare and impressive feat, their debut LP – also titled It Won’t Always Be Like This – topped both the Irish and UK charts. Earlier this year, the group kicked off an international headline tour, blazing through a jam-packed itinerary despite post-Covid hiccups, including rescheduled nights in New York, Boston and Toronto.

“It was a nightmare,” drummer McMahon candidly recalls.

“It’s one of the things about touring in a post-pandemic world,” frontman Hewson adds. “I guess that’s why people feel sceptical about going to gigs now, because you don’t know if the band is gonna cancel the night before. But I think people are getting warmed up by going back to shows and we’re learning how to navigate that stuff.” 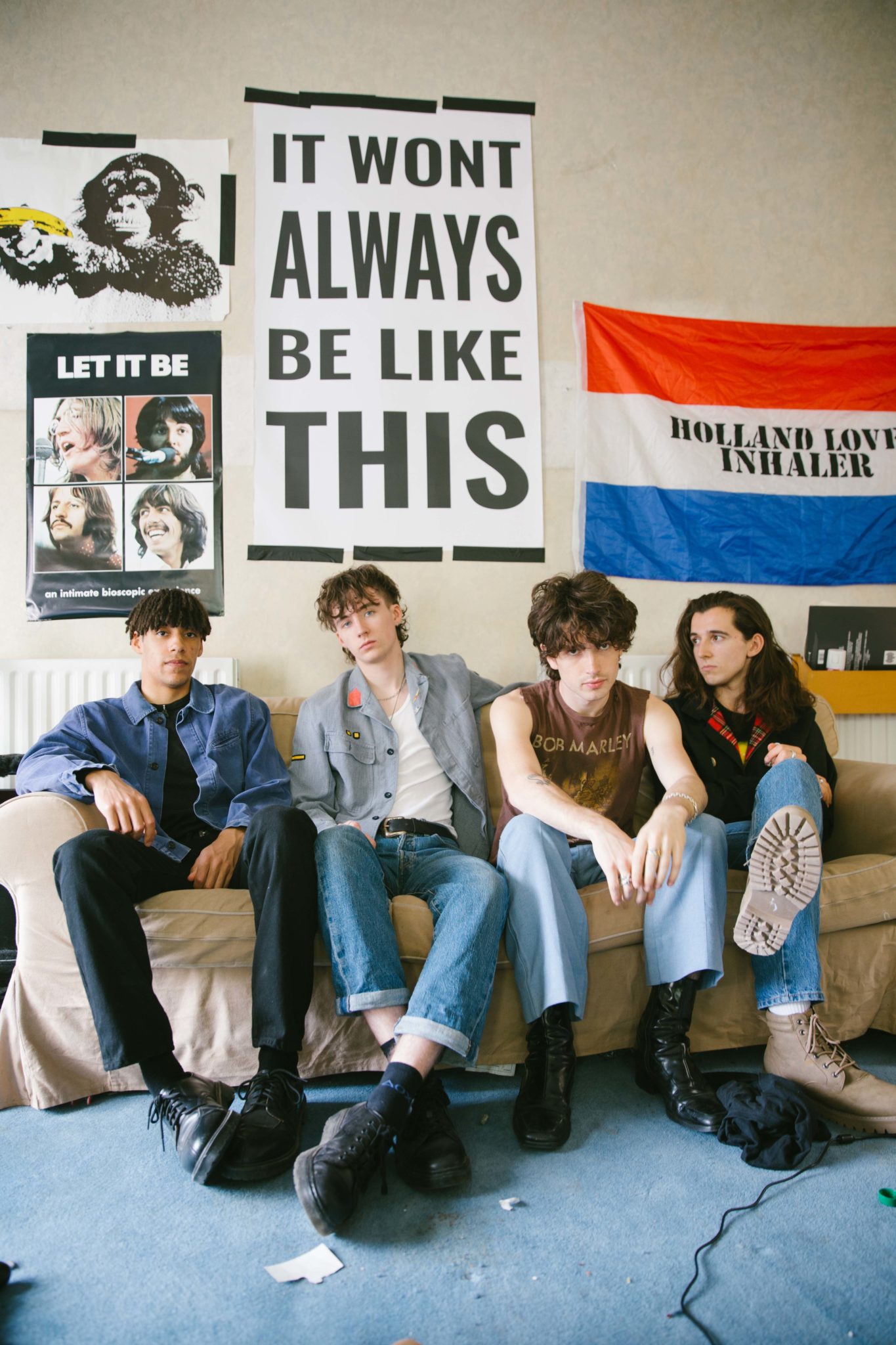 Right now, Inhaler are intoxicated by the rush of re-entering live performance.

“Collectively, we’re still feeling good, enthuses Hewson. “The album kind of met our expectations for it. When we’re in the studio, we try to imagine what it would be like to play the tracks live.”
The four unanimously agree on a standout crowd favourite.

“‘Who’s Your Money On’ has this kind of chord-to-floor-thing going and everyone just jumps up and down. Even the old lads can bounce around.”

Abc the crowds’ fervour only seems to be increasing.

“We played Madrid a couple weeks ago and that was one of the loudest gigs we’ve ever played,” McMahon notes. “It was insane.”

“It wasn’t that big of a venue, but it felt like we were playing in an arena, because everyone was so loud,” Hewson adds. “It’s interesting to see the way people engage in different countries. I feel down in Spain and Italy, people are mad physical with their affection towards you. But then, in other places, people just kind of listen.”

Meanwhile, how is the future material shaping up?

“We sound more like a band on these songs we’re looking at,” says Elijah. “Because we were separated over the pandemic, those tunes came from that songwriting style. But because we’ve been able to get in the room together and write the songs that way from the start, we’re using less. It’s exciting.”

One can’t help but wonder if a new direction might throw listeners from the band they stan and stream. It’s a tricky balancing act, walking the thin line between authenticity and community.

“On the one hand, you want to feel like you’ve created something that you yourself are proud of,” considers Hewson. “But on the other, you’re clearly connecting with an audience and whatever you have is special. You have to be careful not to lose whatever that essence is.”

“I don’t think you can let that sort of thinking get in the way,” suggests McMahon. “I mean, I don’t think Thom Yorke worries about that too much.”

Luckily, Inhaler has a special type of artist-audience dynamic. They joke about the endearing internet banter in which fans engaged throughout the group’s recent globetrotting, which Hewson defines as an “interesting relationship.”

“There was a whole Twitter thing that said we were breaking up,” says McMahon.

“Apparently, I went missing in Europe.”

Not to fear, he made his way home. All the way home, in fact – as Inhaler gears up to play for a crowd of 5,000 at Dublin’s Fairview Park in June, marking the band’s hometown return.

“I’ve never heard of people putting on a gig in Fairview Park so when we heard the idea we were like, ‘Oh my god.’ It’s different and interesting,” says Elijah. “And also, we haven’t played in Ireland in about two-and-a-half years.” 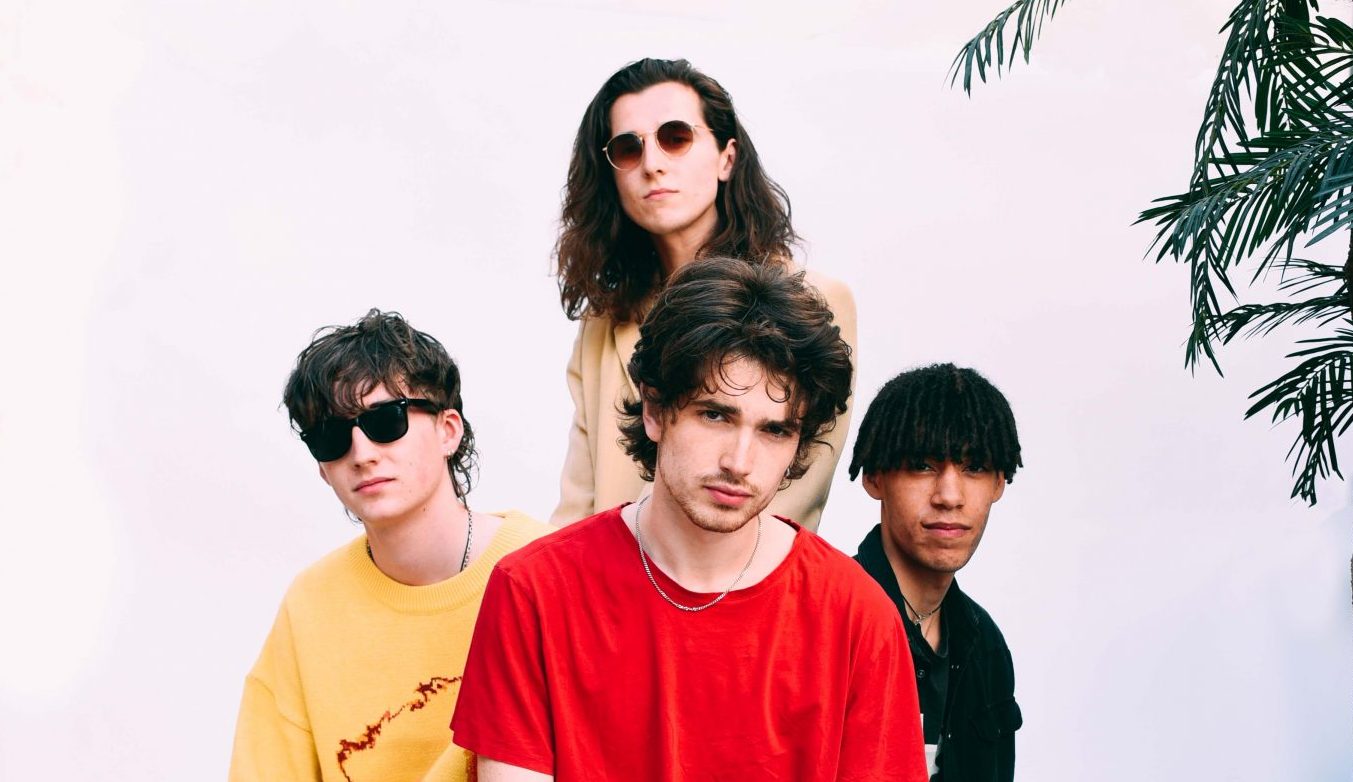 They discuss the prospect with a mixture of enthusiasm, humour and sentimental appreciation.

“It’s gonna feel like a celebration for us and our families, because they haven’t seen us play at home in a long time,” says bassist Rob Keating. “It does mean a lot to us, that’s obviously where we started - we spent the first couple of years playing in Ireland.”

“We had a bunch of shows in Dublin that got rescheduled three or four times over the last year, which we never even got to play in the end. So this show is going to feel really special.”

Read the interview in our current Longitude issue, out now.