The Scottish singer has revealed he's ready to get back out there, and "so are the songs."

Scottish singer Lewis Capaldi has announced the release of his sophomore album Broken By Desire To Be Heavenly Sent, and an accompanying European tour.

A follow-up to the awe-inspiring debut album Divinely Uninspired To A Hellish Extent, Capaldi will release the collection on May 19, 2023, via EMI Records.

Having recently visited Ireland on a rescheduled trip around the island, the singer-songwriter will return to the Emerald Isle for two dates. Capaldi will stop off at the SSE Arena, Belfast on January 29, and Dublin's 3Arena on January 30.

Tickets go on sale Friday, October 28, at 9am from Ticketmaster. 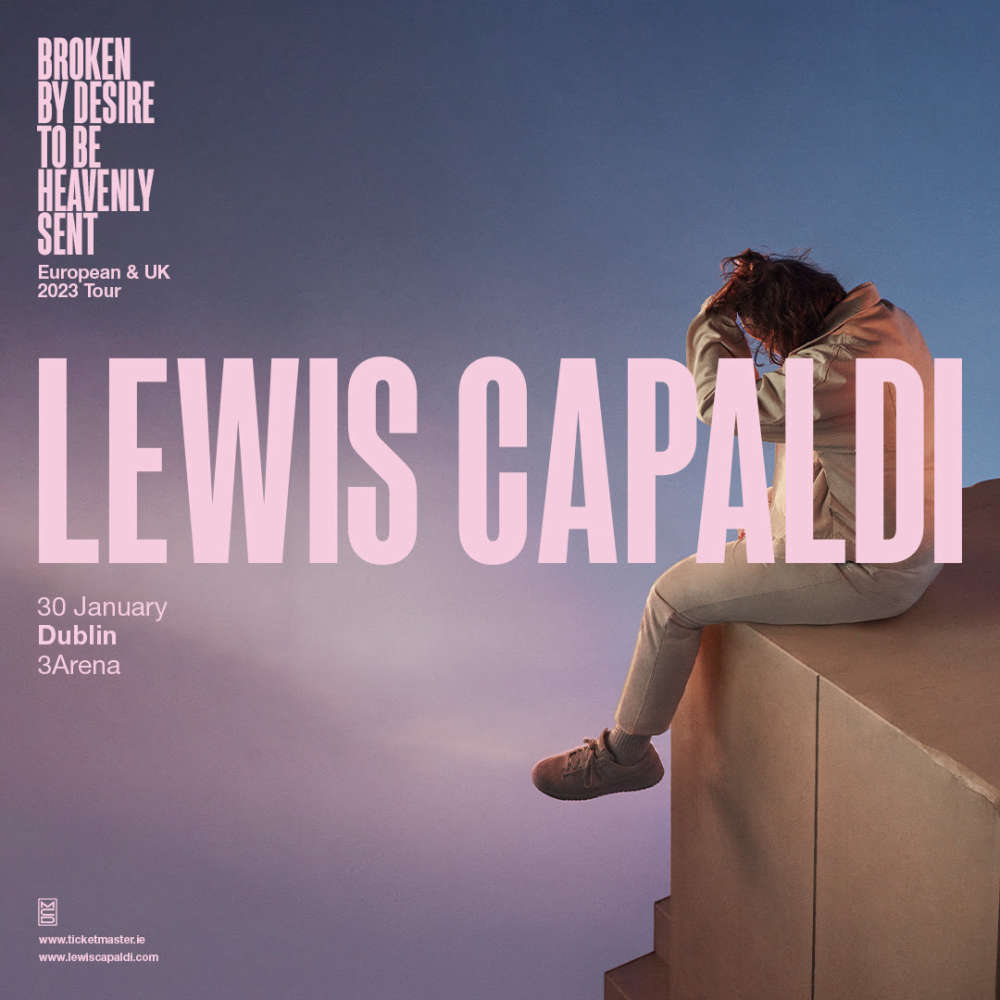 Having just emerged back onto the scene with the stunningly raw single 'Forget Me' last month, Capaldi revealed that he's ready to release more music and head out on tour.

“I'm ready,” the singer concludes, champing at the bit to get back out there, “and so are the songs."

Capaldi's sophomore album has a lot to live up to, with his debut album becoming the biggest selling UK album of both 2019 & 2020.

After a brief hiatus, the singer chose his usual hilarious matters of advertising to get the ball rolling on his return.

From announcing the single via a TikTok live stream during the closing night of his two sold-out London’s O2 Arena shows, ‘Forget Me’ arrived with high anticipation from the start, and was shortly followed by a true spectacle of a music video that saw Lewis re-enact Wham’s 1983 hit ‘Club Tropicana’ shot-for-shot.

The song - now silver certified and approaching 100 million streams globally - made him just the third artist this year to have a single go straight in at Number 1 in its first week, alongside Harry Styles (‘As It Was’) and Dave (‘Starlight’) and the track is still sitting in the UK top 3.

According to Capaldi, the idea for the second album is simple but potent: to go in and do the exact same thing. No bells, whistles or starry featured vocalists, and no ruinously expensive stays in distant studios. The now globally recognised superstar wants to remain true to his roots.

“I don't want to create a new sound for myself, or reinvent myself,” says Lewis. “The songs I want to write are emotional songs, about love or loss.”

Spending a lot of time writing and recording with a minimal setup, Capaldi revealed he much prefers it this way: “I felt like I was sounding better because I was just chilled out in my own gaff. Also, a lot of this record was made with most of the same people who I worked with on the first one: TMS, Phil Plested, Nick Atkinson and Edd Holloway. At least one of them's on almost every song.”

Fans across the world have connected with ‘Forget Me’ in their droves, so the excitement for the singer's second LP will no doubt be outrageous, showing that the insatiable appetite for Capaldi burns as bright as ever.

You can pre-order Broken By Desire To Be Heavenly Sent here, and tickets for the Irish dates will be on sale Friday, October 28, at 9am through Ticketmaster.

For now, check out the singer's comeback single, 'Forget Me', below.