American singer-songwriter Lana Del Rey has announced her ninth studio album, Did You Know That There’s A Tunnel Under Ocean Blvd, will drop on March 10, 2023.

As well as Del Rey's record announcement, the bombshell has dropped the album's title track.

Written by Lana and Mike Hermosa with production by Lana, Jack Antonoff, Drew Erickson and Zach Dawes, the first release from the forthcoming is truly Lana to her core. The track brings the listener back to earlier iterations of the artist, with swooping, extended vocals over a delicately building base of soft strings, light drums, keys, pulled back guitar and more. 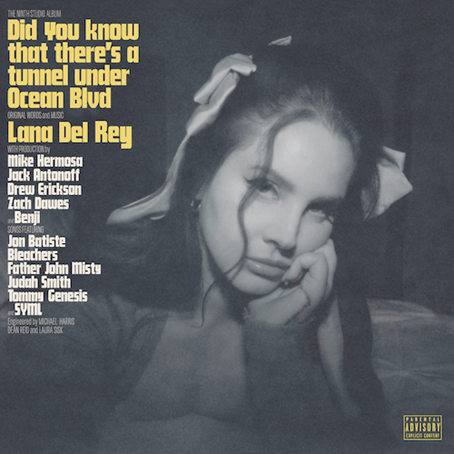 Lyrics: "When's it gonna be my turn?/open me up/tell me you like it/fuck me to death/love me until I love myself/there's a tunnel under Ocean Boulevard/don't forget me" make up the swell of chorus, where Del Rey's heartbreaking vocal dances with ease over building strings.

Did You Know That There’s A Tunnel Under Ocean Blvd follows last year's critically acclaimed releases Blue Banisters and Chemtrails Over The Country Club.

The musician's ninth LP is due for release on March 10, and is available to pre-order now on CD, cassette and various exclusive vinyl formats.

Stream 'Did You Know That There’s A Tunnel Under Ocean Blvd' below.