Interview: Lilla Vargen, "The best thing you can do is work as hard as you can every day because you don't know what could happen"
Brenna Ransden

One of Ireland's most promising young artists, Lilla Vargen, discusses her excellent new EP We Were Thunder, overcoming self-doubt, and touring with Dermot Kennedy.

"I knew there was something else we had to do tonight, but I couldn’t remember what it was!” laughs Lilla Vargen after I wish her luck with her gig. We’ve been lounging backstage Upstairs at Whelan’s for a while, exchanging Netflix recommendations, complaining about Trump… oh, and technically also doing an interview. Apparently, we’ve lost track of time.

“People always assume that going on tour is just this crazy thing,” she muses. “I would prefer to drink honey and lemon and water and go to bed at like 11. I love making time to do really dull things. Like I just love going out for dinner with friends. I absolutely love getting to the gym. I also love going to gigs, or, going shopping to buy loads of crap I don’t need. That’s what I love doing with my down time.” 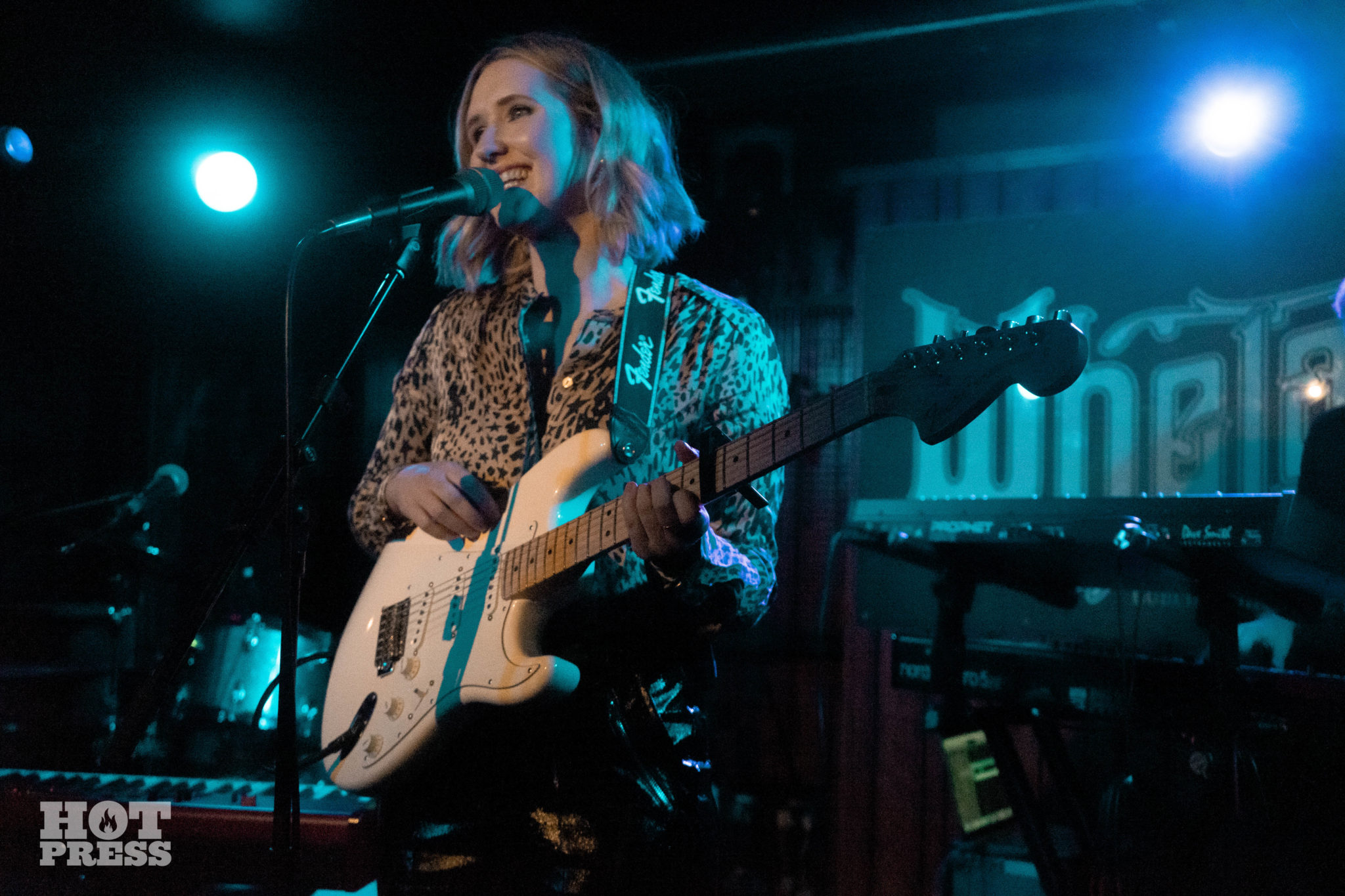 Down time has been in short supply since the Ballymena, Co Antrim native announced her arrival in 2018 with an emotionally charged cover of Majical Cloudz's 'Downtown' that has amassed a whopping 7.5 million streams. I catch Lilla, a massive Carole King fan, in the midst of her first mini-headline tour. She’s also secured a spot at SXSW in March, and has been touring across Europe with Ireland’s hottest export, Dermot Kennedy.

“I'd never met him before,” she notes. “For this kind of thing, it always goes through booking agents and stuff like that. They said ultimately, though, it’s up to Dermot; whoever he wants. Then I found out it was me, and I was on the other end of the phone, going, ‘Are you joking? Please don’t joke to me about this kind of thing!’ And a week later, I was on the road. It was insane.”

Vargen’s Whelan’s set is just her second ever headline gig. It coincides with the release of her sophomore EP, We Were Thunder. The record chronicles heartbreak and growth, with vocals powerful enough to fill arenas, and lyricism so intimate, you might as well be reading over her shoulder while she writes in her journal.

The EP was recorded with Carey Willetts, the Athlete bassist who also produces much of Dermot Kennedy’s work.

“He is such an absolute legend,” gushes Lilla. “And Darren Heelis did all the vocal recordings. He’s incredible: he’s done Sam Smith – he’s done big, proper names. And I was just like, ‘Hi Darren!’

“For me, the best part was getting to meet more people in the industry that I call friends now. I cannot tell you how…” she drifts off with a sigh. After a pause, she continues, “I feel very lucky to have met such good people, because sometimes people have horrible experiences when they're starting off.” 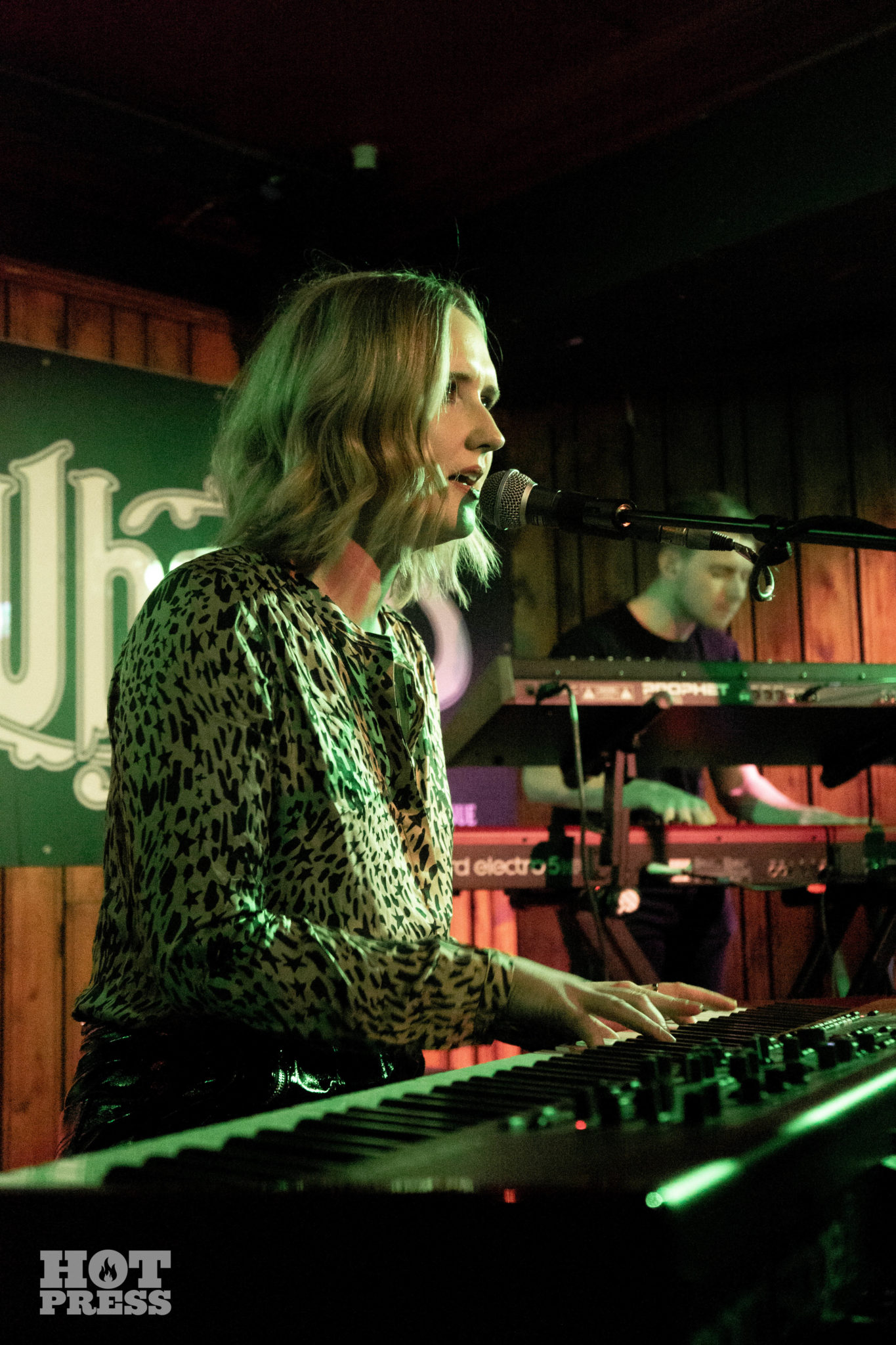 Reflecting on the three-month creation of We Were Thunder, Vargen says the period was defined by personal growth.

“The high point of making the record was finding my feet again,” she reflects. “At the outset, it was a time of very low confidence, and sort of feeling like I couldn’t do this, or I wasn’t good enough. Then I found myself again and, as cheesy as that sounds, it’s the way things went.

“As for the low point, sometimes it’s hard to record stuff again, and relive the emotions that I wrote the song in. That’s kind of a low point, but it’s also kind of good as well. Because if you’re still feeling those emotions, then you know you can believe in the songs.”

Vargen has an arsenal of other songs – a follow-up EP is already in the works – but feels she’s still developing as an artist, and thus not quite ready to release a long-player.

“To have done an album now would’ve been wrong,” she explains. “I’m still working towards that. I need to do myself justice and make sure it’s the best it can be. The best way to do that is give yourself time to make the best music and show progression through that. From my very first EP, to this one, to the next, there’s a definite progression. I need that to happen before I can say, ‘This is my album and it is me.’”

There’s one thing Lilla Vargen is sure of, though, and that’s her passion for music.

“I’ve worked so many other jobs, and I absolutely hated it,” she says. “I worked in a hotel and just didn’t have a life. It was horrific. You’d be coming in at 10am and you’d be leaving at half-one in the morning. The only thing that got me through was the amazing people on my team. I honestly didn’t think I would have even got this far, especially back then.”

Five years down the line, Vargen has two hazy goals.

“Hopefully, I’m not back in the hotel!” she laughs. “But I don’t live my life setting ridiculous goals. The best thing you can do is work as hard as you can every day, because you don’t know what could happen. That’s the best attitude to have. For the first time, I feel really, properly happy.”

In fact, she credits one of her happiest memories of the year to her bandmates, keyboardist Jake Richardson and drummer Colin Lyons. 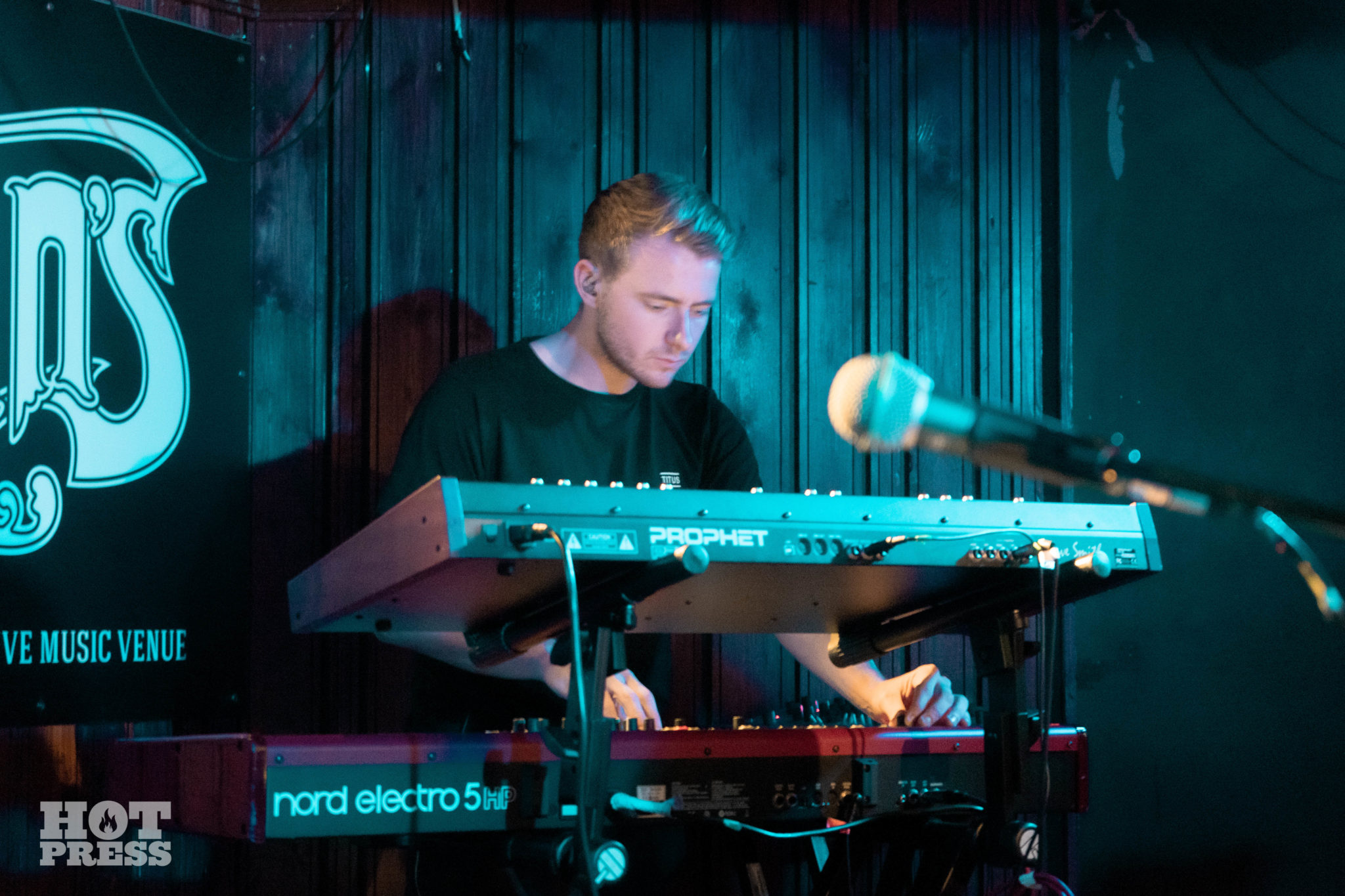 “All of the games me and the guys play before we go on to play a show, I’ve never laughed so hard,” she says, citing a German one called Looping Louie as her favourite. “It’s just tears rolling down my face. The guys in the band, they make me laugh so much, every day. And that’s what you need whenever you’re working with people. We’re having a great time.”

Vargen’s recent activity has also included collaboration on a music video with filmmaker TJ O’Grady Peyton. The clip, which uses Vargen’s song ‘Why Wait’, chronicles moments in the lives of homeless people around Ireland.

“We all walk among these people every day,” she says, immediately passionate. “The reason I was pushing for my song to be in the video was because it’s so close to me. People need to take a second to really understand that these people are real… The amount of conversation that has been sparked about it makes me really glad it’s out there and people are talking about it.”

Over the past year, Vargen has been particularly inspired by feminist activist and actress Jameela Jamil.

“She is amazing,” Lilla enthuses. “Jameela highlights a lot of stuff that people are scared to say and she’s put her platform to good use. She’s great.” 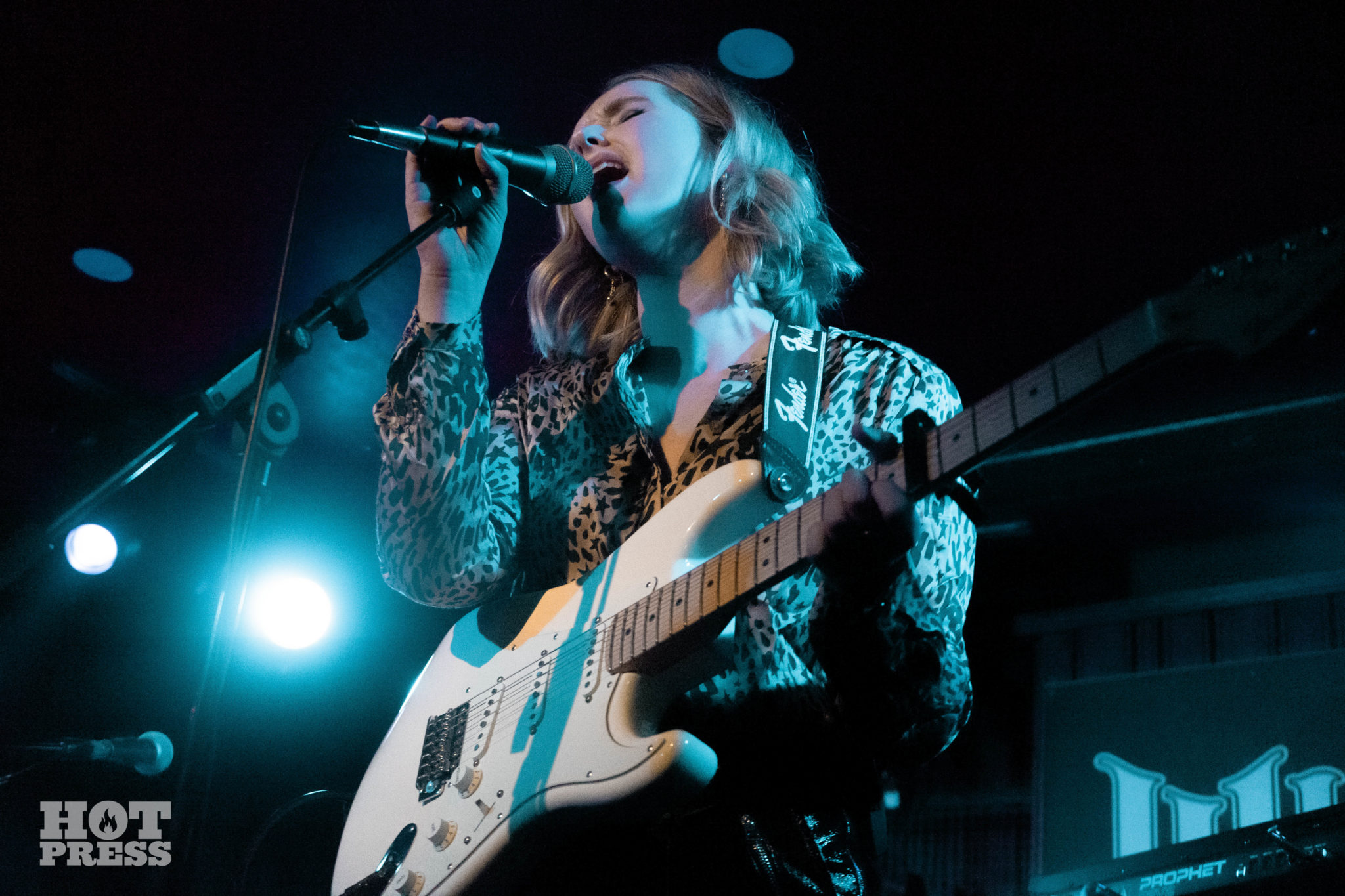 A short while later, Lilla Vargen takes the stage for her own Jameela Jamil moment, flitting between octaves fearlessly and laying herself bare with delicate and stirring lyrics (“Why do we wait for those who are never there? / Why do we suffer for those who never care? / Why do I wait, why do I wait for you?”).

Before closing the gig, Vargen sizes up the crowd and thanks everybody for coming out to support her. “It’s a bit mad, isn’t it?” she marvels. “It’s all a bit mad…”

We Were Thunder is out now on FutureKind. Lilla Vargen plays The Grand Social, Dublin on April 19.