Listen to the '2step' remixes below.

Ed Sheeran has soared to the top of the Official Trending Chart with his remix of '2step' with Lil Baby – a track that originally featured on the English singer-songwriter' fifth studio album, =, released last year.

The Lil Baby remix was released back in April, but has been followed by a series of "global remixes" featuring artists from around the world – including Ireland's Denise Chaila. Ukrainian band Antytila also joined Sheeran on a remix of the track.

According to the Official Charts Company, the Official Trending Chart "has a proven 80% success rate of predicting future chart smashes."

Sheeran is followed on the chart by David Guetta, Becky Hill and Ella Henderson's 'Crazy What Love Can Do' at No.2, and Calvin Harris' 'Potion' with Dua Lipa and Young Thug at No.3.

Denise Chaila recently joined Sheeran on the Irish leg of his +–=÷x Tour.

"I feel like I’m dreaming or sleepwalking," Denise Chaila said of her collaboration with Sheeran. "This is without question the biggest opportunity I’ve had in my career so far to grow my aspirations beyond the limits of my own expectations. Being asked to remix 2step was a dream, and being Ed’s support act was beautiful because mostly, it was him supporting me. Offering my voice to a song about pushing through difficulty to dance inside joy was, honestly, the perfect way to approach the immensity of what these opportunities mean to me. This has been affirming, emboldening and beautiful and I hope what I managed to do here feels good, and right and does justice to Ed’s heart for this song." 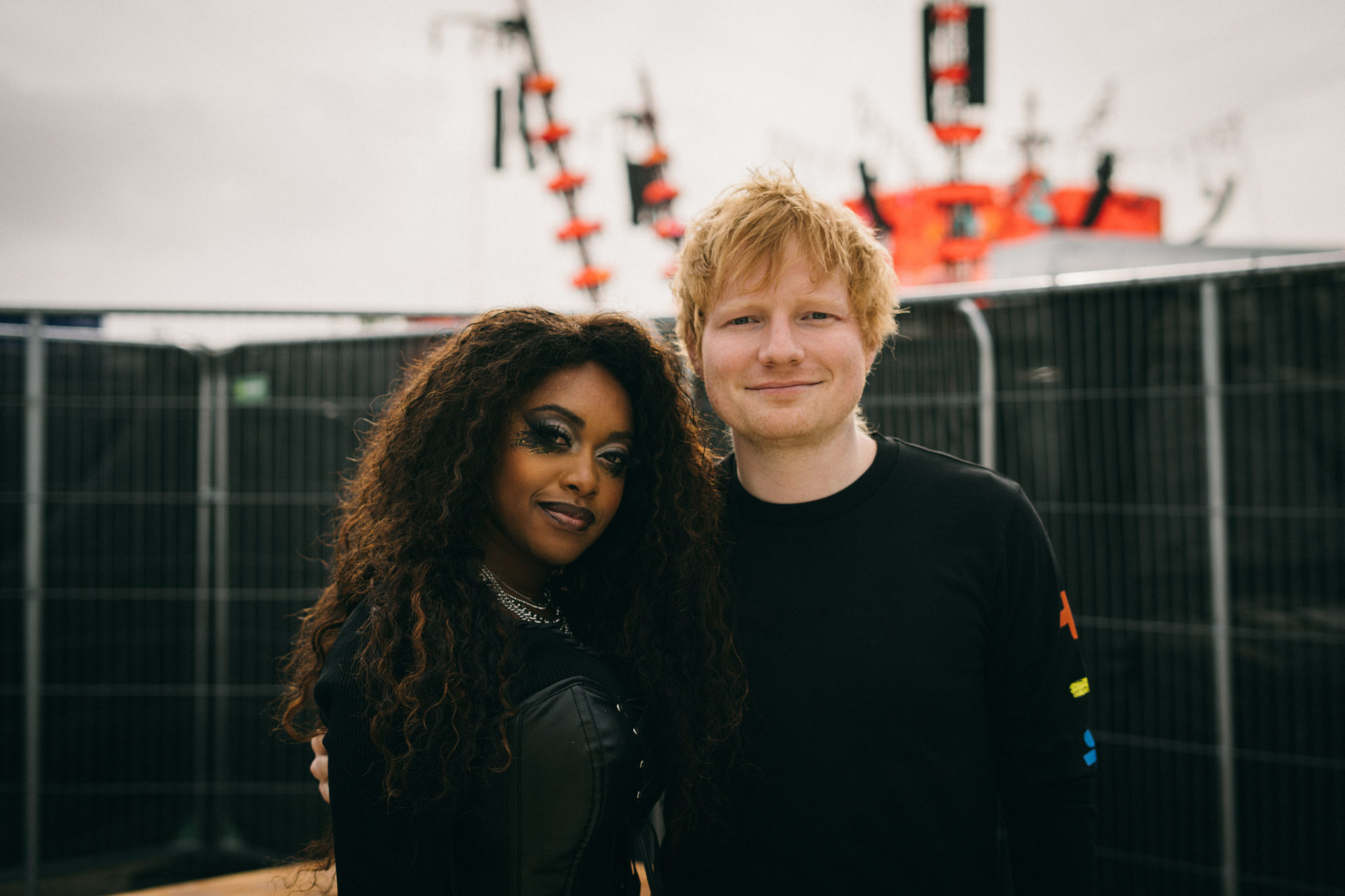 Sheeran’s official video for ‘2step’ with Lil Baby, was released last month – having been filmed in Kyiv, Ukraine at the end of last year.

“I filmed the video for 2step in the city of Kyiv, Ukraine before the devastating acts of violence started to take place," the singer-songwriter said of the video. "It was my first time visiting the country and I felt so welcomed during my stay there - everyone from the production crew to the many people I met across my days off. Ukraine is a proud and resilient country and I’m grateful to have had the chance to film my video there. I stand with Ukraine and will be donating my record royalties from YouTube streams of the video to the DEC’s Ukraine Humanitarian Appeal x”

Listen to the '2step' remixes below:

Taylor Swift on 'Shake It Off' copyright lawsuit: "The lyrics were written entirely by me"
Dirty Projectors join The National Concert Hall’s Perspectives Series
Ryan McMullan cancels upcoming tour due to mental health struggles
On this day in 1979: The Radiators released Ghostown
Listen to a teaser of upcoming The Isley Brothers and Beyoncé collab
Talos shares new single 'Farewell/Kamikaze' about the power of a goodbye