"It was a horrible, racist, poverty stricken place, devoid of any ambition," Downtree told Rolling Stone UK about 1970s Britain, which has inspired his latest single. "It does feel similar to what’s going on now, the rise of racism and the far right, xenophobia and the kind of feeling among ordinary people that the country no longer belongs to them."

The newly shared lead single 'Devil's Island' was inspired by growing up in 1970s Britain and follows his first solo single 'London Bridge', which dropped in July.

"Roar like lions, cry like lambs, you roar like lions, but you die like lambs," Rowntree sings on the powerful track, which was co-written by Magnus Hesse and produced by Leo Abrahams. Abrahams, who has previously worked with the likes of Wild Beasts, Brian Eno, and Ghostpoet, has also been announced as the producer of Rowntree's forthcoming album.

Speaking to Rolling Stone UK, Dave Rowntree explained: "My day job had shifted over into film music and in the last few years I’ve built up a decent enough studio to do that.

"But I had an idea a few years ago for a body of work, a theme for the album and started working towards that. I changed my publishing company too and they gave me some good ideas on who I should be co-writing with," he added.

The British musician is showing off a personal, autobiographical edge on his debut album, with his latest single 'Devil's Island' reflecting on the economic uncertainty in Britain in the 70s, according to Rolling Stone UK.

"It was a horrible, racist, poverty stricken place, devoid of any ambition," Downtree said. "It was full of industrial unrest and just really bleak and grim. Yet that’s far enough in the past that the collective consciousness has been buffed up to a point that people look back on that like it was some kind of rosy place that we should get back to."

Moreover, many of these themes can be found in modern times and the current cost of living crisis. "It does feel similar to what’s going on now, the rise of racism and the far right, xenophobia and the kind of feeling among ordinary people that the country no longer belongs to them," Rowntree said. "That didn’t end well in the 70s and it ain’t gonna end well now unless we change course." 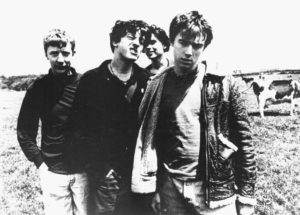 Dave Rowntree came to prominence as the drummer of rock band Blur in the 1990s, following the release of the four-piece's debut album Leisure in 1991.

According to lead singer Damon Albarn, there was an "idea" to regroup in 2021. Rowntree has now confirmed these plans, telling Rolling Stone UK that, while they cannot announce anything concrete at this time, "there’s definitely willingness to do something, absolutely."

Check out the tracklist for Dave Rowntree's debut album Radio Songs below:

Listen to 'Devil's Island' below.